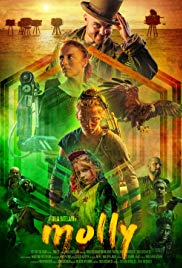 Molly is a low-budget, post-apocalyptic action film that is long on fight scenes and short on story. Co-directed by Dutch filmmakers Colinda Bongers and Thijs Meuwese, the film tells the story of Molly (Julia Batelaan), a genetically-enhanced teenage girl who wanders the wasteland with her pet hawk, doing her best to avoid the rampaging marauders who show up to attack her with tiring regularity. Hearing of her great prowess, the ringmaster of the local fight club named Deacon (an over-the-top but decidedly non-menacing Joost Bolt) lays a trap for Molly, hoping that she would make a great addition to his gladiators who fight chemically-altered, animalistic humans (called “supplicants”) in the ring. Molly must storm Deacon’s offshore platform/fortress and fight… well, pretty much everyone.

With her red hair and ever-ready bow and arrow, Molly’s resemblance to Katniss from The Hunger Games is at times distracting, but Julia Batelaan’s performance is by far the best thing in the movie, managing to be strong and vulnerable at the same time. Despite her superhuman abilities, the fights are not standard Hollywood, over-the-top fare with fifty punches to the head causing only the slightest of bruises. These fights are marathons, with all participants receiving injuries and tiring as they go along. Bongers and Meuwese film these fight scenes in long, Steadicam takes, recalling the work of Alfonso Cuarón, a stylistic choice that feels more impressive than involving, especially the climactic “storming the castle” sequence which is an unbroken, one-shot sequence that lasts for half an hour.

…for all its brutal fighting, Molly is surprisingly tame.

Shot for $310,000, the film belies its minuscule budget in early crowd sequences in the gladiatorial ring, the audience of which resembles nothing so much as a community college performance of Mad Max, but otherwise is surprisingly solid in execution with decent HD videography and production design. Indeed, an unbroken 30-minute one-shot fight sequence would be remarkable in a film with five times the budget, that Bongers and Meuwese would even attempt such a sequence with their budgetary limitations is audacious; the fact that it succeeds at all is remarkable. 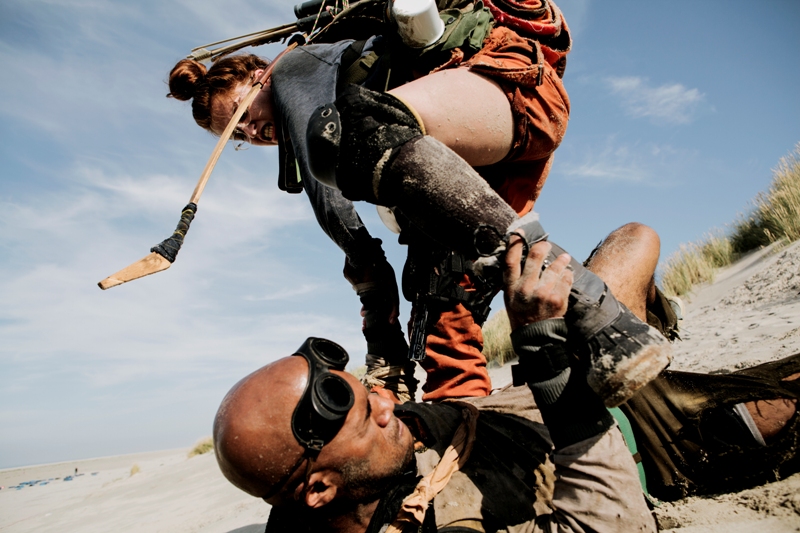 Where the film falls down is its lack of memorable supporting characters and world-building. Characters have the barest slivers of motivations and backstories, being there just to fight. And Molly’s entries into the post apocalypse craziness are disappointingly mundane – one wears a top hat, one has a robot arm, one wears a suit and is called “Bob” – they’re all okay, but none come close to the standard set by the masked guy in long underwear playing a flaming guitar from Mad Max: Fury Road, you know? And for all its brutal fighting, Molly is surprisingly tame: a scene where a topless Molly fights off a marauder with a bear trap to the head sounds like exploitation manna but is firmly PG-13 in its execution.

Molly is set to return in Kill Mode, this time directed by Meuwese solo, which has already wrapped filming and is in post-production. One can hope that Meuwese can better balance his filmmaking ambition with solid storytelling in this next chapter. For now, Molly impresses in execution but fails in fundamentals.