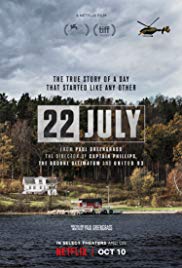 Seven years ago, Norway was under attack for a day by a right-wing extremist, even though it feels like just yesterday.

It was not just Norway, but specifically Norwegian teenagers. A far-right European, who today doesn’t seem to be quite the anomaly we thought he was then, set off a bomb in a government region in Oslo, then took a ferry to an island that specializes in summer camp for teens, and opened fire, killing seventy-seven kids, until police arrived.  Then he began phase two of his plan- the terrorist negotiations.

22 July may feel sentimental and like a court procedural, possibly to a fault, especially if you know Greengrass from United 93.

22 July focuses very heavily on the people both involved on that day and those whose lives were effected afterwards. While United 93, Greengrass’ last foray into terrorism, was taut, riveting and kept you on the edge of your seat, 22 July goes more for the heartstrings- for better or worse. 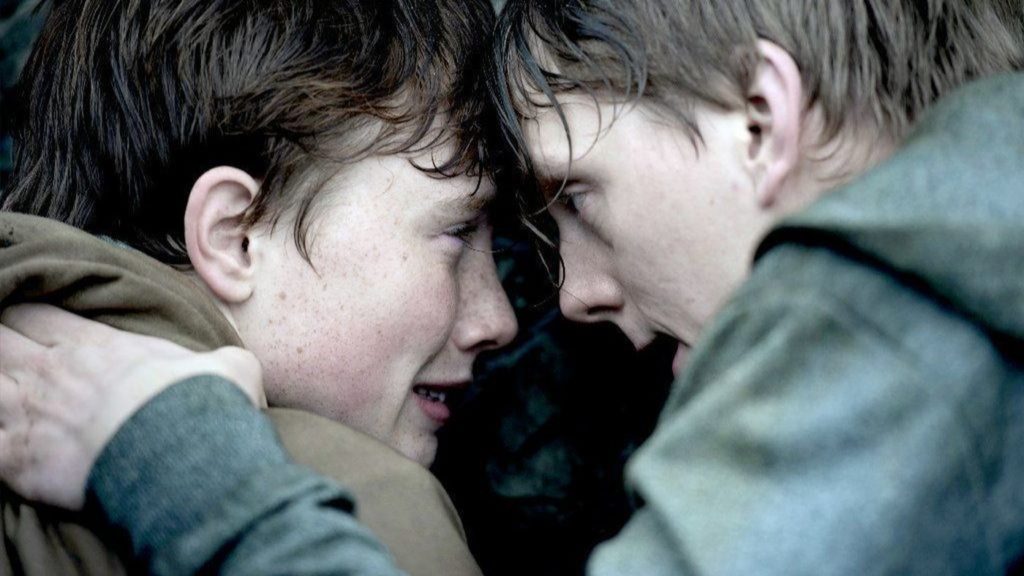 For many reasons, the main arc of the movie is not given to the terrorist Anders (played stunningly by Anders Danielsen Lie).  These reasons range from him being deplorable to him having no arc and maintaining his hate-filled rhetoric the whole time.  Rather, the focus of 22 July goes to the survivors of the shooting and Ander’s conflicted defense attorney (Jon Oigardsen), who is so professional and good at his job that you hate him in one scene- but he’s also just as human as we are, so as he tries to come to terms with what he is doing, there’s overwhelming sympathy for him the next scene. And the monster he is defending.

But the main focus is on Viljar (Jonas Strand Gravli), a victim of Anders who was shot multiple times. He was hit in the head and will have bullet fragments in him forever. His recovery, both mentally and physically, is the heart of the movie. From his coma to his physical therapy all the way to his big day in court, the movie belongs to him.

Viljar’s incline and Ander’s decline, in terms of moral strength and power, nicely juxtapose each other. 22 July may feel sentimental and like a court procedural, possibly to a fault, especially if you know Greengrass from United 93.  22 July is Greengrass going back to where he was over ten years ago. Before his flops (Green Zone) and Oscar acclaim (Captain Phillips). The different approach to a familiar subject matter may be a lack of familiarity to his target audience: Americans and English-speaking country. The fact that it’s a Norwegian cast speaking English should be a sign that the movie is pandering from the beginning. 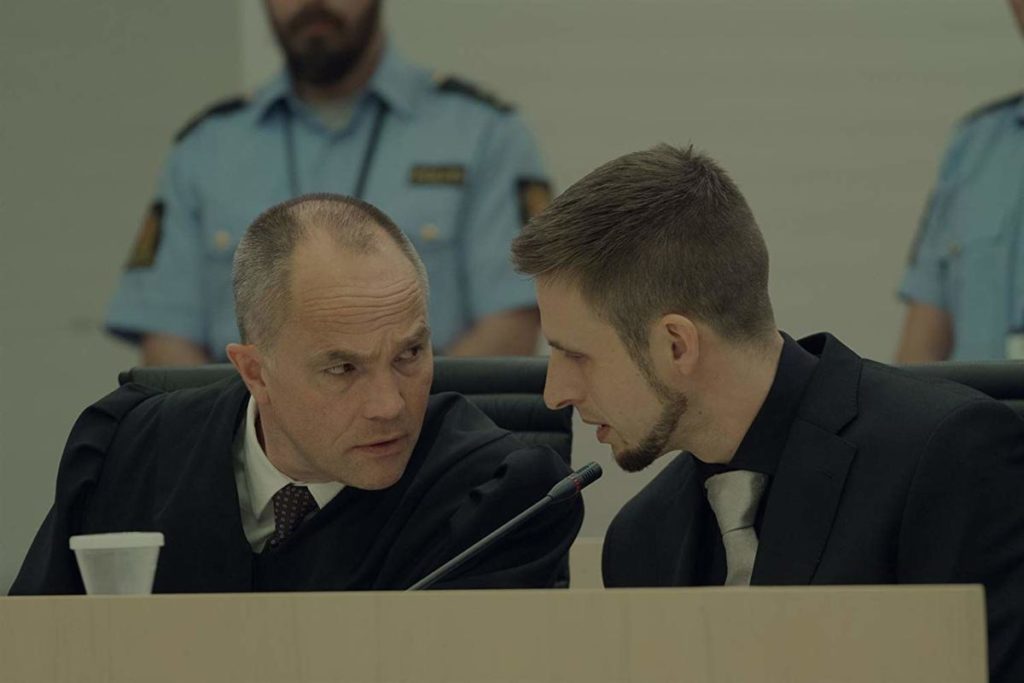 But the pandering isn’t necessarily a problem. He realizes this is an introduction story to many in America.  He doesn’t have the luxury he had with United 93 to count on the audience knowing the beats so he could focus on the emotions.

There is a scene that’s haunted me the most in 22 July. It wasn’t the explosive mass murder in the beginning (though if that ends up being your most haunting moment, that’s beyond understandable). But rather it was a scene about midway through where a doctor tells Viljar that the fragments in his brain can shift at any time and kill him.

No matter what, just like that, with a slight action, it’ll be for naught for Viljar and his family. The fragments can shift and he will be dead. The familiar feelings of pain will rush back. Anders can ultimately win, regardless of the conclusion of the film.

And if there isn’t a better analogy for terrorism than that, I don’t know what is.