The first draft of this review I submitted was nothing more than a large picture of my scowling face. That didn’t go over too well with the site editor, never mind that that picture was worth 1000 words. So I guess I have to put a little more work into this review. Super Troopers 2, in short, is a bad, bad movie. It is a comedy that is so unfunny, it actually sucked the funny out of other comedies and made them unfunny too. I had to put a stake in the heart of my poor copy of Buster Keaton’s The General lest it too rise from its grave to prey upon the souls of the living like Super Troopers 2.

Now I admit to never having watched the first Super Troopers. It seems to have become some sort of cult classic. It seems to be popular enough that when Broken Lizard, the comedy troupe that writes, directs and stars in these things, announced a crowdfunding campaign to raise the financing for the sequel, they met their goals within 26 hours of the campaign start. At least one individual contributed as much as $35,000 to the funding campaign. I hope he feels he got his money worth.

It is a comedy that is so unfunny, it actually sucked the funny out of other comedies and made them unfunny too.

That’s actually a pretty amazing story when you think about it. An independent production company gets all the necessary funding for their movie- and then some!- without having to take a dime from a major studio. Their vision, supported by the fans, is allowed to reach the theater untampered with. Imagine what any number of working directors could do with that. 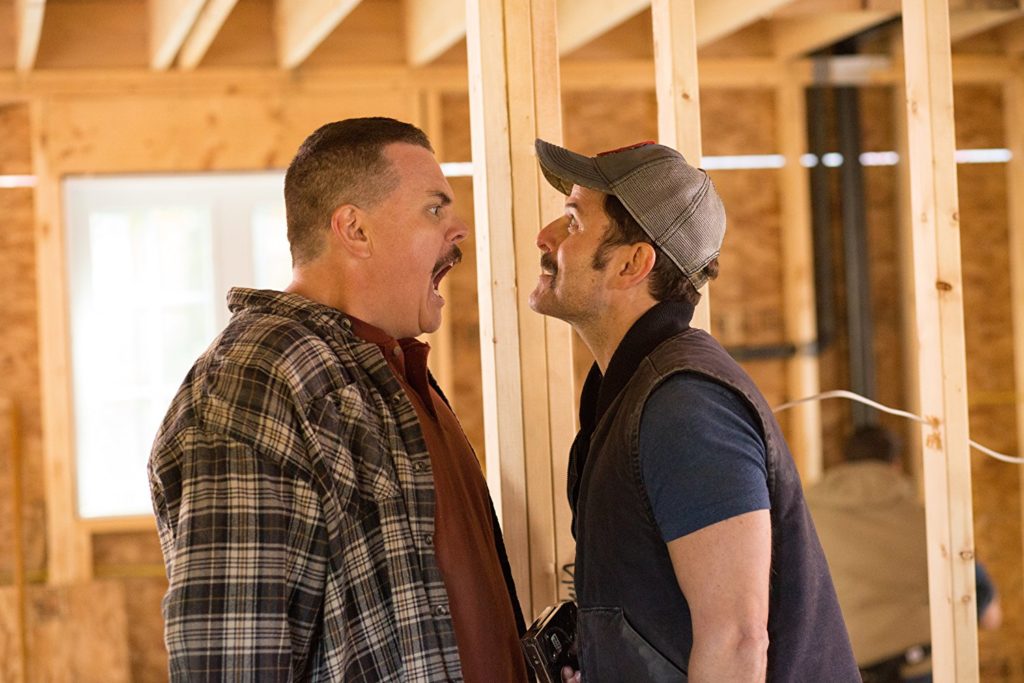 Instead we are given 100 minutes of jokes about farts, penises, port-o-potties, men kissing men, and Canadian accents (bad Canadian accents I might add). And none of these jokes show any kind of wit or cleverness.  Super Troopers 2 is nothing more than a feature-length film of the TV show Ow! My Balls! from Mike Judge’s Idiocracy.  Even the blooper reel which played over the end credits was not funny.

But perhaps I should tell you what the movie is about, so you, dear reader, can decide for yourself whether or not you’d like to spend your hard-earned money on tickets. The movie begins with a sequence that must run for a good 10-12 minutes, although I assure you however long it goes, it feels much, much longer.

Super Troopers 2 is nothing more than a feature-length film of the TV show Ow! My Balls!

In this sequence, two highway patrolmen pull a speeding bus over. They board the bus, hoping to score some drugs, and discover the bus belongs to our Broken Lizard troupe. The Lizards, once highway patrolmen themselves of some infamy, are now rock-and-roll stars. The cops are excited to meet their heroes, and want to try out for the band. They’re made to sing, dance, punch each other in the balls and then kiss. The cops are then tossed off the bus, and the bus speeds away.

Angry at being tricked, the cops give chase. A high speed shootout occurs. One of the band members is shot, and the cops are forced off the road. Celebrating their triumph, the band doesn’t notice a curve in the road ahead, and the bus plunges off a cliff to everyone’s doom. Is the movie over so quickly? No, it turns out that this has all been a dream.

(Note to the editor: Are you sure I can’t just use a picture of my scowling face??)

That’s all the plot I’m going to relate, not for fear of any (more) spoilers, but because that sequence right there… It’s the whole movie in a nutshell (minus the bad Canadian accents). Everything the movie thinks is funny is trotted out and displayed during that opening sequence. When I hadn’t cracked so much as a forced grimace during that opening bit, I knew I was going to be in for a long haul. I found myself praying for at least one funny gag throughout the movie- surely in a 100-minute film there’s going to be one thing. 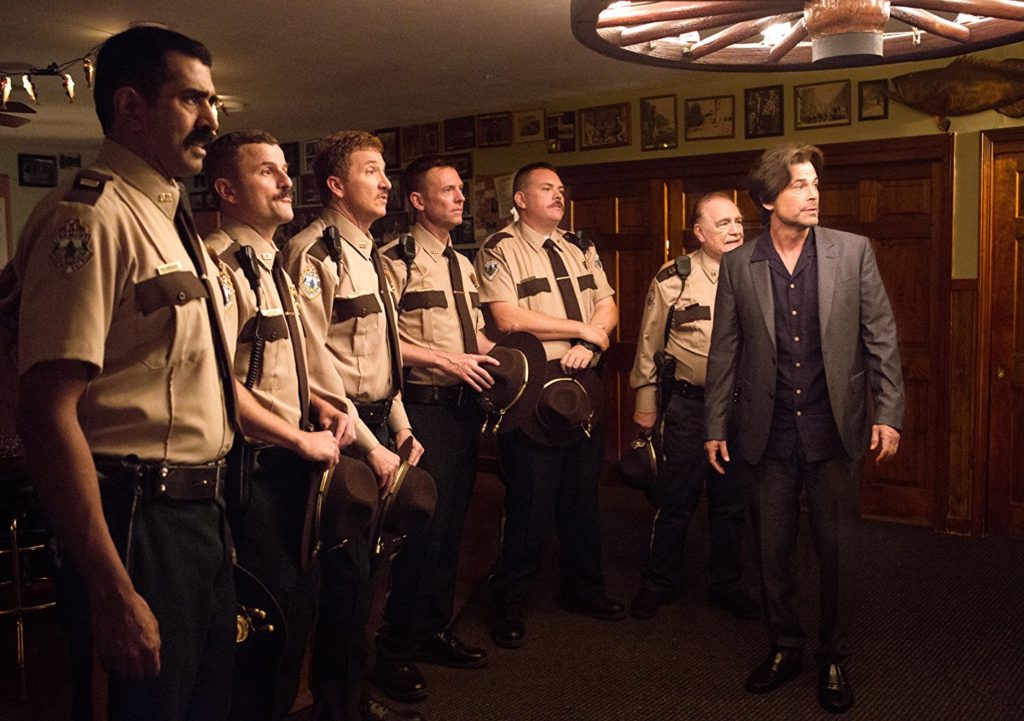 Plenty of folks around me at the screening seemed to be having a good time. Perhaps I’m just old, grouchy and out of touch. But in 2018, is the idea of a man kissing another man so funny in and of itself? Shouldn’t there be more to the joke?

The first Super Troopers made somewhere in the neighborhood of $21 million on its $1.5 million budget. It’s a little surprising that no major studio would pony up the $2 million to get a sequel made. Even if the return for the second one wasn’t quite as vigorous, it still seems like a safe bet. And no, I’m pretty sure the studios didn’t have any issue with the quality of the final product.