I Feel Pretty is a Film With a Great Message and a lot of Laughs. 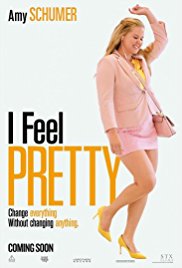 Amy Schumer (Trainwreck, Snatched) moves on from the “trainwreck” of her last film, Snatched, and back into more of the familiar territory that she covered in Trainwreck with her latest film, I Feel Pretty.

Schumer wrote Trainwreck and benefited greatly with the direction of Judd Apatow where she played a woman whose worldview on relationships was totally shaped by her womanizing father.  In the end, she must do some true soul-searching and introspection, as well as come to terms with feeling comfortable with who she is, inside and out, despite working for a magazine that only wants to focus on looks, style, and juicy gossip.

With I Feel Pretty, many of those same themes come to the surface in the story that is both written and directed by Abby Kohn and Marc Silverstein, who are making their feature-length film directorial debuts.  Amy Schumer plays Renee Bennett, a woman who sees herself as everyone in the film sees her: namely an overweight woman who has to ask for size 9 double-wide shoes at the local gym where she is taking a Soul Cycle class surrounded by beautiful people.  What she misses is the reason people like her.  She has bought into the lie that beauty is on the outside.

Renee works in a basement office in Chinatown with Mason (Adrian Martinez- Focus, American Hustle, The Secret Life of Walter Mitty), safely out of sight from the 5th Avenue office in Manhattan of the cosmetic and beauty company, Lily LeClaire.  She has two great friends, Jane (Busy Philipps- He’s Just Not That Into You) and Vivian (Aidy Bryant- The Big Sick), her own apartment, and really a great life.  The only problem is that Renee can’t see it. 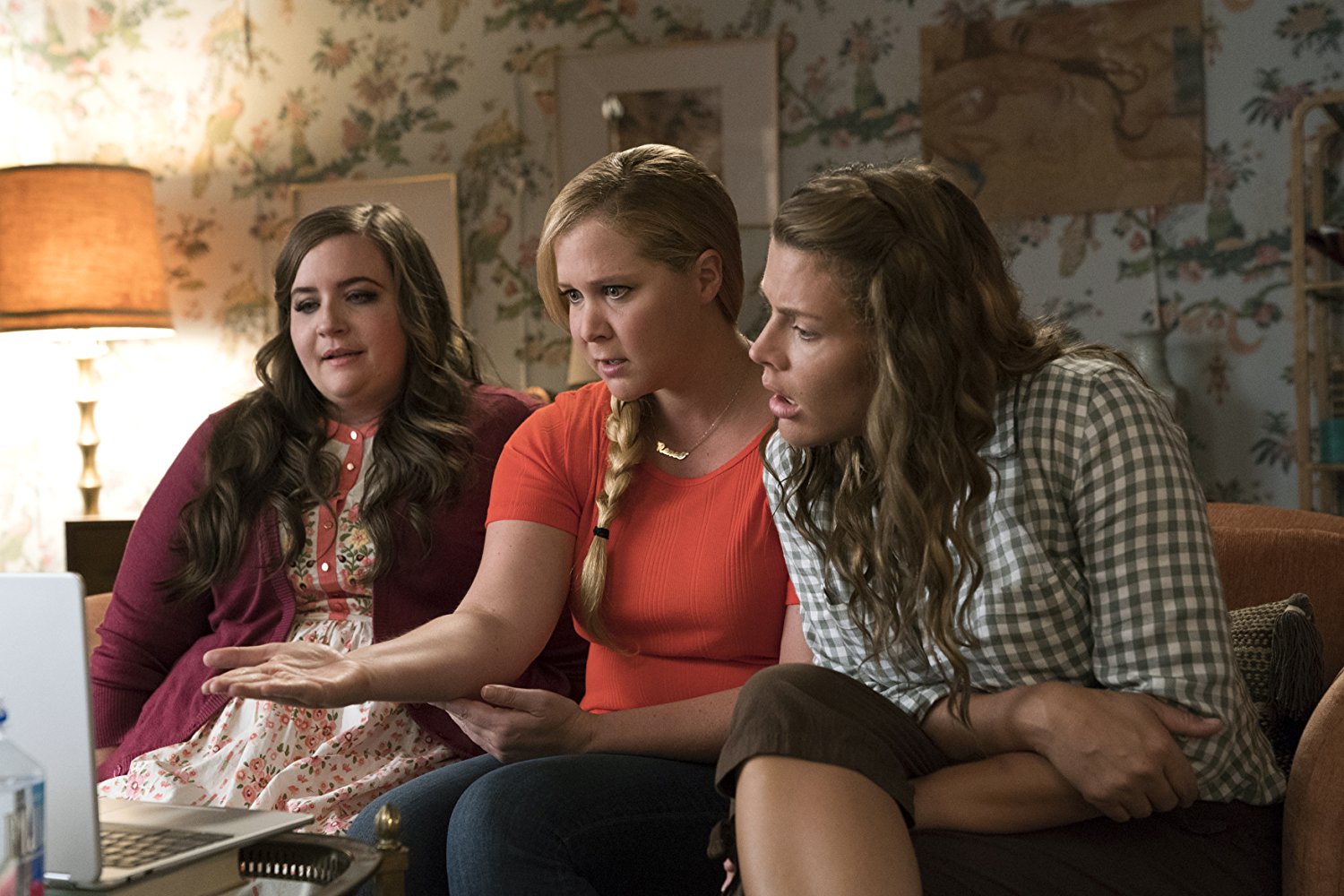 One night, while watching the film Big, she is inspired to make her own wish at a New York fountain, instead of a Zoltar machine. She wishes to be pretty, pathetically looks herself over, and then walks back home.  The next day at her Soul Cycle class, she has a accident that knocks her out.  When she awakens, she sees herself as totally transformed into a beautiful person…the kind of beauty she wished for: on the outside.  No longer feeling a poor self-image, she believes she belongs with the likes of Emily Ratajkowski, who is a girl in the Soul Cycle class.

The humor of the film comes from the idea that Renee really believes she is a small-sized supermodel, the kind that are walking around Lily LeClaire, despite looking exactly the same to everyone around her. She is so confident with her new outlook that she goes for the receptionist job (which is a pay cut but gets her out of the Chinatown basement) at Lily LeClaire’s Manhattan office, a job normally reserved for aspiring models who serve as the first face of the company that people see when they step off of the elevator.  She is actually really good at her job.  While she thinks she is getting by on her new great looks, the people of the company are being drawn to who she really is on inside. 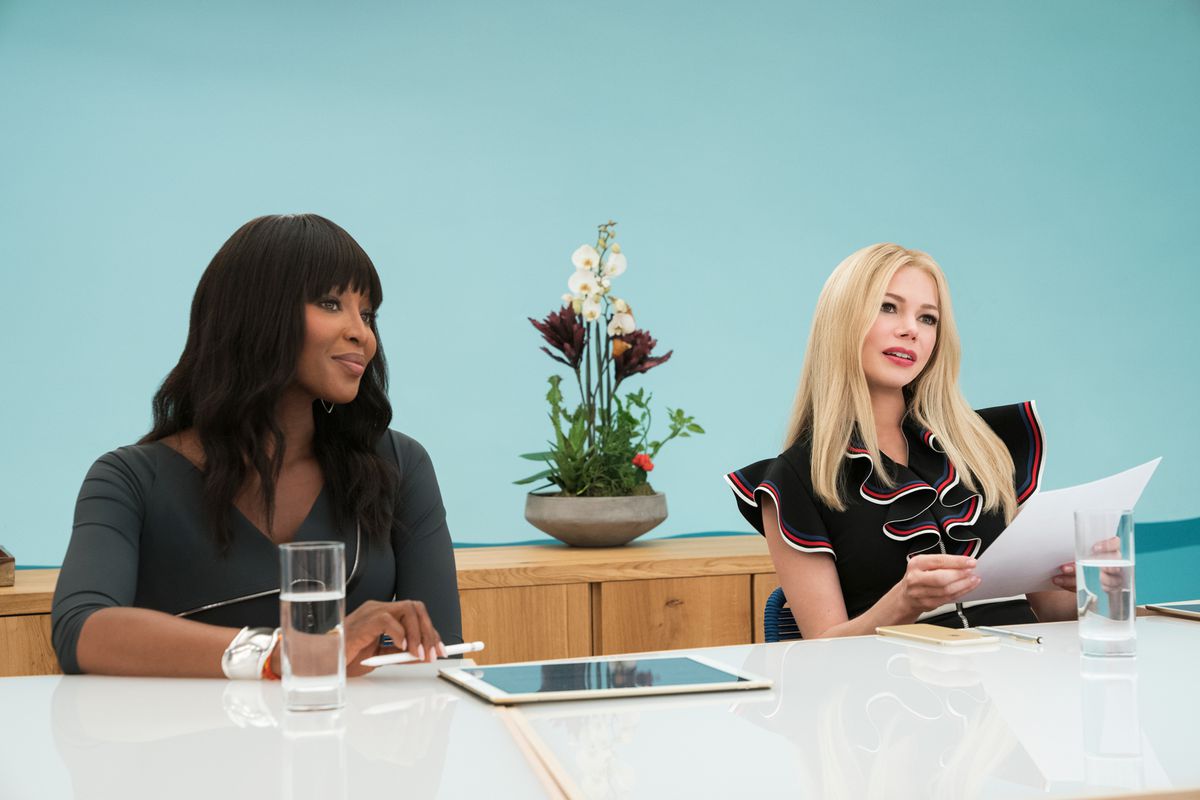 Soon she has the attention of Lily LeClaire herself, played by Lauren Hutton (My Father the Hero), along with her granddaughter Avery LeClaire, played by Michelle Williams (The Greatest Showman, Manchester by the Sea) who are trying to launch a new cosmetic line for the everyday woman, to be sold at Target and Kohl’s.  Avery is heading this up and due to her wealthy upbringing cannot relate at all to the targeted demographic.  Williams really has fun with the role, along with Naomi Campbell who plays the CFO of the company, Helen, working alongside Avery.

Renee also finds the confidence to pick up a guy named Ethan (Rory Scovel- The House), whom she thinks likes her for her looks, but really just enjoys how down to earth she is.  She is also attracting Lily LeClaire’s grandson Grant (Tom Hopper- Game of Thrones), who isn’t as superficial, it seems, as Avery. As Renee becomes more and more successful in every area of her life, she starts to buy into the lie of her “good looks” more and more, threatening her friendships, relationships, and even her job. 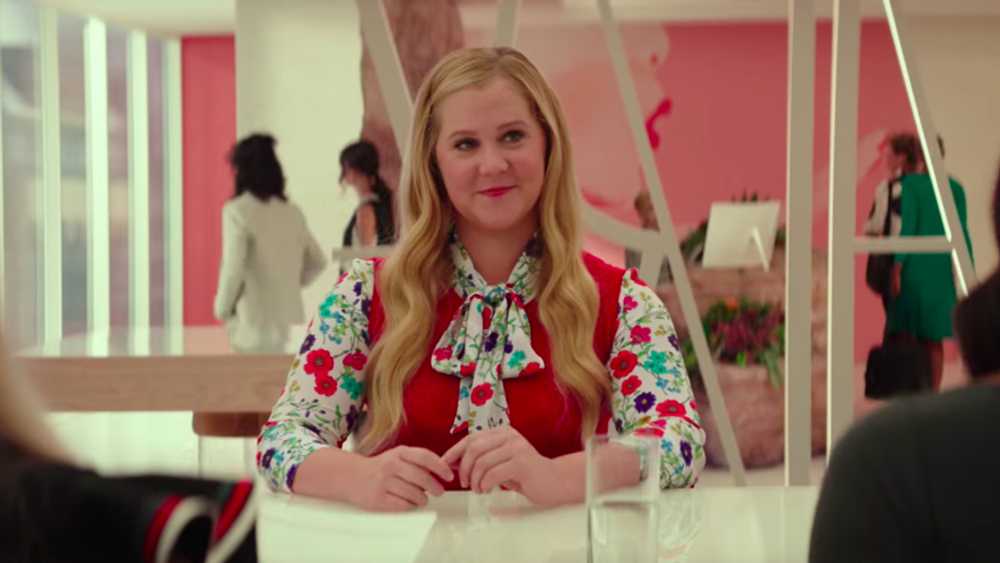 I Feel Pretty is a film with a great message and a lot of laughs.  Much like Trainwreck, Shumer works in an industry that perpetuates the stereotype, and feeds the lies and insecurity that so many buy into.  The film targets females, in particular, as the ones who carry so much of the weight of having to look a certain way, and be a certain way in order to be successful.  It tries to remind us to remember when we were young and could just be free to laugh and enjoy each other for who we truly are.  The trick being to see ourselves as we truly are and embrace it, rather than looking in the proverbial mirror and holding ourselves to the false ideal that our culture celebrates and worships.

I Feel Pretty tends to be a bit paint by numbers exact in terms of its plot, but it is funny enough to overcome any of the cliches.  With a PG-13 rating, the film is also much more accessible to general audiences than the R-rated Trainwreck, which should give the film a much bigger platform to share the laughs and their message.  Hopefully its a message that rings true, not only with the cosmetics company in the film, but for all of us, that beauty is more than skin deep.