Dolly Parton Gets Breezy in the Windy City 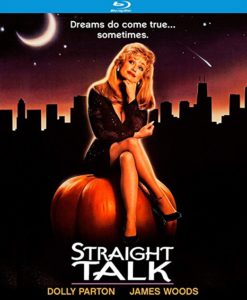 Straight Talk is a movie of surprises.  Surprises pertaining entirely to its great cast, and why the heck they’re in this movie.

A vehicle for Dolly Parton on the tail end of the earnest big screen portion of the country music icon’s multifaceted career, Straight Talk is yet another black mark in the notoriously clutter-ridden output of Disney’s defunct Hollywood Pictures.

Parton (oh heck, let’s just call her Dolly.  The world is, after all, on first name basis with her. She wouldn’t have it any other way) has built quite the media-spanning career on her exaggerated Nashville-glam persona, something that’s become increasingly garish but no less loved over the years.  All the while, she’s persisted in sustaining it.

In her films, she essentially stars as Dolly Parton, whether in name or simply in spirit.  She’s that sassy celeb-next-door.  Friendly as she is phony; as innocuous as she is sexy.  Which are the precise qualities that Straight Talk is mining.  That’s just some straight talk. 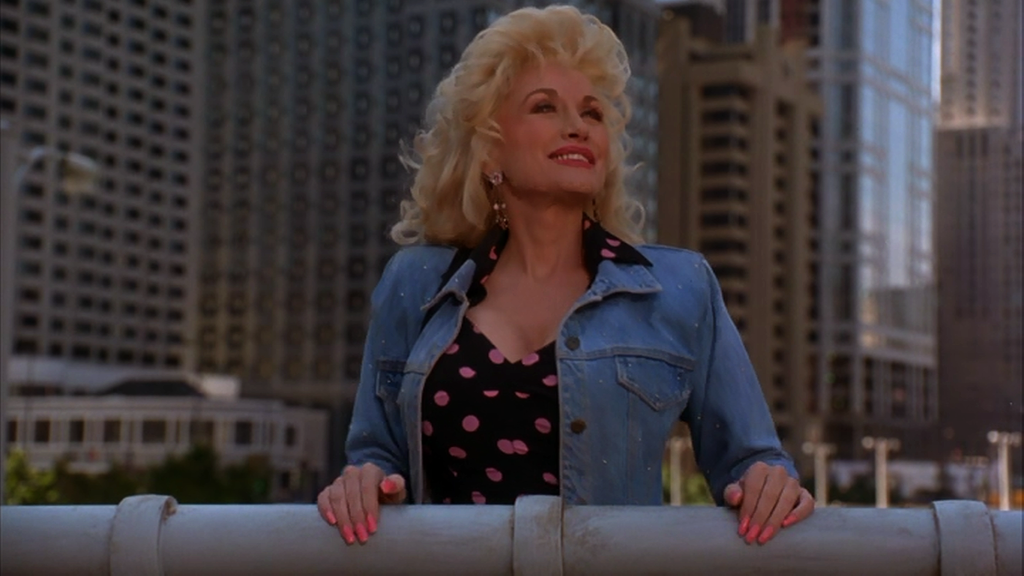 Playing a small town woman done wrong too many times by the same drunken deadbeat (Michael Madsen), the ever-intuitive Shirlee (Parton… er, Dolly) walks her three inch pumps into the Big City of Chicago.  After landing a clerical job at a talk radio station, Shirlee, in a case of mistaken identity, finds herself dispensing down-home womanly advice on the air.  Naturally, the public just loves, loves, loves her.  But what will happen when everyone learns that her newly adopted identity as “Dr. Shirlee” is a lie?

Straight Talk may be good for a few chuckles on a rainy afternoon, as well as an album’s worth of original Dolly tunes composed for the movie.

Shirlee rises to fame tellin’ it like it is, and not sugarcoating anything.  Wellllll, maybe just a bit of sugarcoating- Southern style, of course.  Her use of comparative analogies looks to give Dan Rather a run for his money, though hers are nowhere near as creative.  (“Sometimes you gotta honk your own horn, otherwise no one will know you’re coming!”, or “I’m busier than a one-legged man in a butt-kicking contest!”)  How could her high-strung boss (Griffin Dunne) resist awarding her, the newly anointed Queen Of Her Time Slot, a bright pink new Mercedes?  (Welcome to 1992, the peak days of radio). 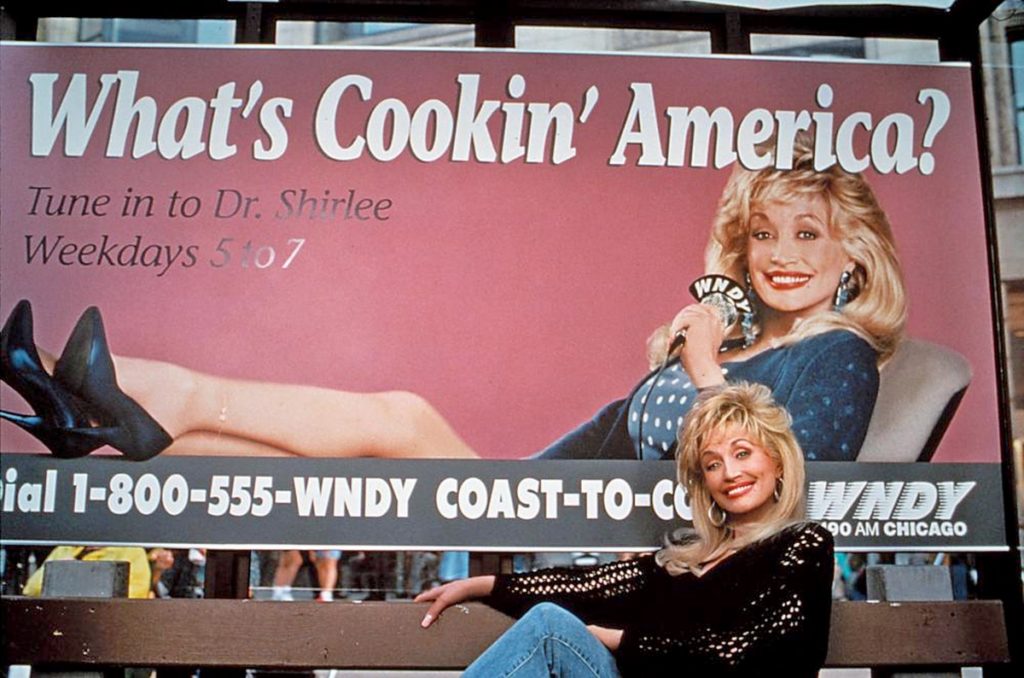 As indicated earlier, the supporting cast list is the film’s biggest eye opener. Unfortunately, this eclectic group is all-around squandered.  The usually entertaining Dunne is reduced to desperate pratfall comedy, Madsen has not enough screen time to make the impression his character should, and James Woods is waaaaaay out of his element as the romantic lead.  Recently departed comedian Jay Thomas is on and gone as a loudmouth TV talk show host, and the great Spalding Gray is one of his guests, a rigid pinheaded but legitimate behavioral psychologist meant to expose Shirlee.  A blah role for such an eccentric personality.  Roger Rabbit voicer Charles Fleischer is mere texture as a frazzled board operator, and the beloved director John Sayles is the dance school owner who fires Shirlee and sends her on her way.  Teri Hatcher and Ron Livingston also turn up for single scenes.

The film seems to have been constructed to appeal to an aging Americana audience; people who over-enjoy Cracker Barrel gift shops, and would be just as happy watching one of Dolly’s many Hallmark-y television Christmas movies.  Assuming such a subset exists en mass, lazy efforts like Straight Talk sadly exist to exploit their patronage more than entertain.  A harsh leveling, but through it all, the trademark sincerity of swervy-curvy Dolly somehow emerges unscathed.  That’s just some more straight talk. 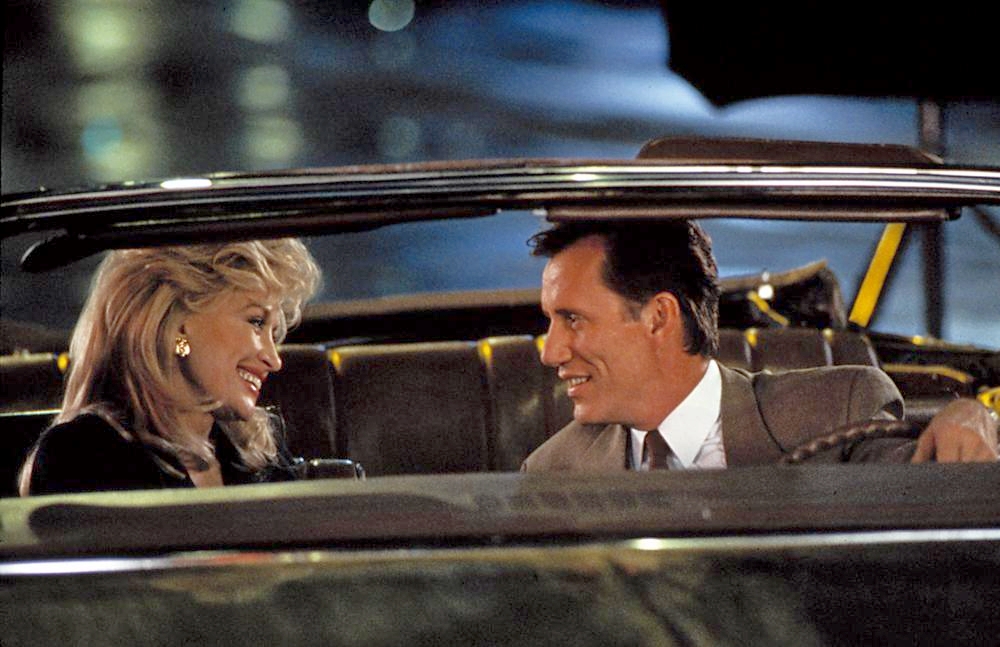 There’s a reason that this film is a mainstay in every used DVD bargain bin.  The compulsion to give in to our collective soft spot for Dolly is equaled only by our later urge to de-clutter it from our shelves.  Why Kino Lorber Studio Classics has opted to issue it on Blu-ray yet again, one can only guess.  Fans of the film, if there are any, may be interested to hear the newly recorded commentary by director Barnet Kellman, a terrific track full of great info about this film he’s still quite proud of.  Kellman views Straight Talk as a deliberately old fashioned movie in the age of Basic Instinct.  He’s not off base, though not every old time movie is memorable or even successful.  Truth of the matter is, the friendly commentary made me feel a little badly for not liking the film more.  In any case, it’s the only bonus feature on the disc, besides some obligatory trailers for other KL  releases.

Credit goes to Kellman for building a multi-million dollar Disney studio film around Dolly Parton’s irresistible giggle rather than her famous breasts.  Straight Talk may be good for a few chuckles on a rainy afternoon, as well as an album’s worth of original Dolly tunes composed for the movie.  The direction is perfectly fine, and the performances are what they are, but it’s all in the service of a struggling comedy that is, like its star, good natured but kind of plastic and overly dolled up.