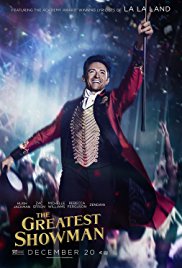 The Greatest Showman is seeking to set itself up THE Christmas movie spectacle you just have to see (apart from Star Wars: The Last Jedi).  The film details the life of famous circus showman, P.T. Barnum (Hugh Jackman), and the way he sought to bring people what was eventually dubbed “The Greatest Show on Earth” by the eventual circus group, Ringling Bros. Barnum and Bailey Circus.  First time director Michael Gracey seeks to bring his background as a visual effects artists to life in a story that demonstrates that people are willing to be tricked, as long as they know that they are.  The point isn’t that they are being tricked, but that they are made to believe that the impossible is possible.

The Greatest Showman is a musical and features songs from the Academy Award-winning lyricists from La La Land, Benj Pasek and Justin Paul.  Hugh Jackman, while known for his razor-sharp claws as the Wolverine in the X-Men films and this year’s excellent send-off, Logan, has been known to do some singing and dancing.  In addition to Broadway, Jackman has most notably shown his musical talent in the 2012 film version of Les Miśerables as Jean Valjean.  Joining him in this film, as Barnum’s partner Phillip Carlyle, is an actor who rose to fame in a musical series from the Disney Channel, High School Musical, Zac Efron.  They are surrounded by many other talented singers and performers as they bring to life Barnum’s American Museum, before eventually looking to take the show to the big top. 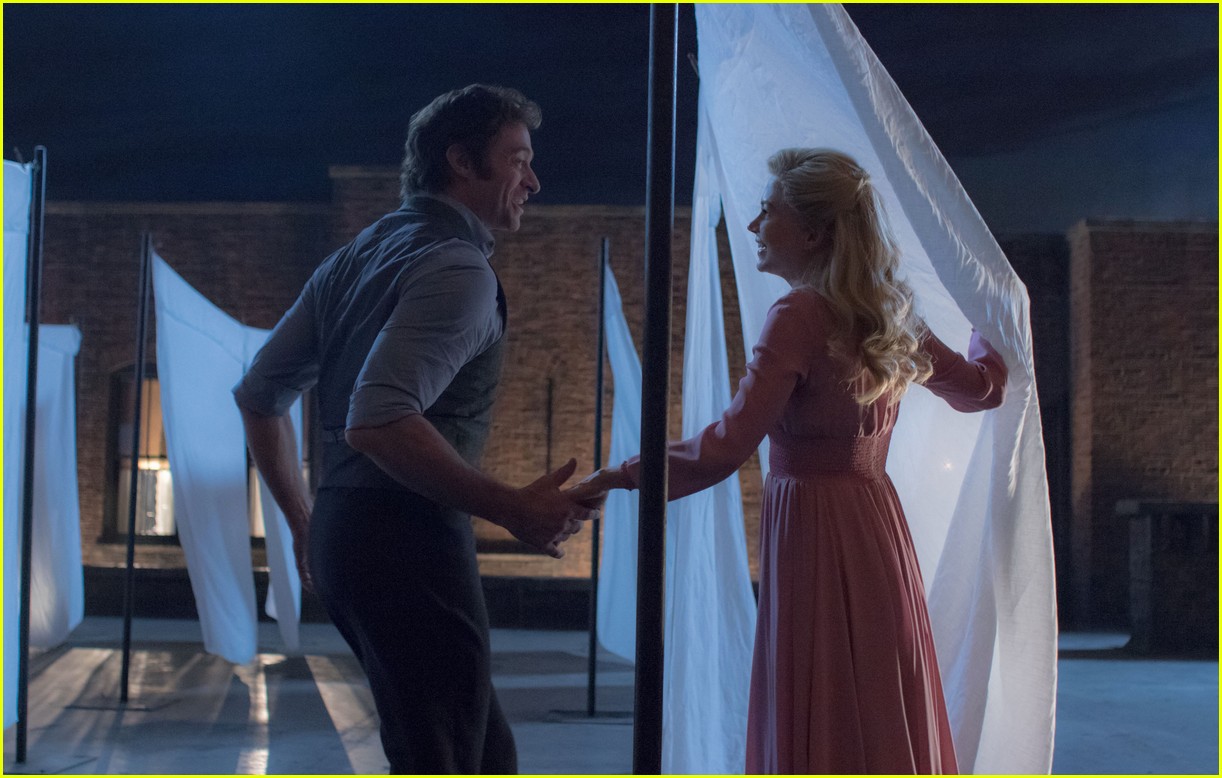 The film works much like a bio-pic as we see Barnum growing up as a poor tailor’s son, helping his father dress the wealthy while living like paupers.  It is while they are working at a very wealthy home that Barnum encounters the daughter of his father’s client, named Charity (Michelle Williams).  While she is being prepared for finishing school, they form a bond that would result in the two of them exchanging letters over a number of years before P.T. Barnum would ask for her hand in marriage.  Thought they are poor, they are in love, and their marriage produces several children who are caught up by their father’s stories and larger than life, often “magical” presentations that brought them into another world that sparked their imagination and gave them a short reprieve from the squalor they were being raised in. 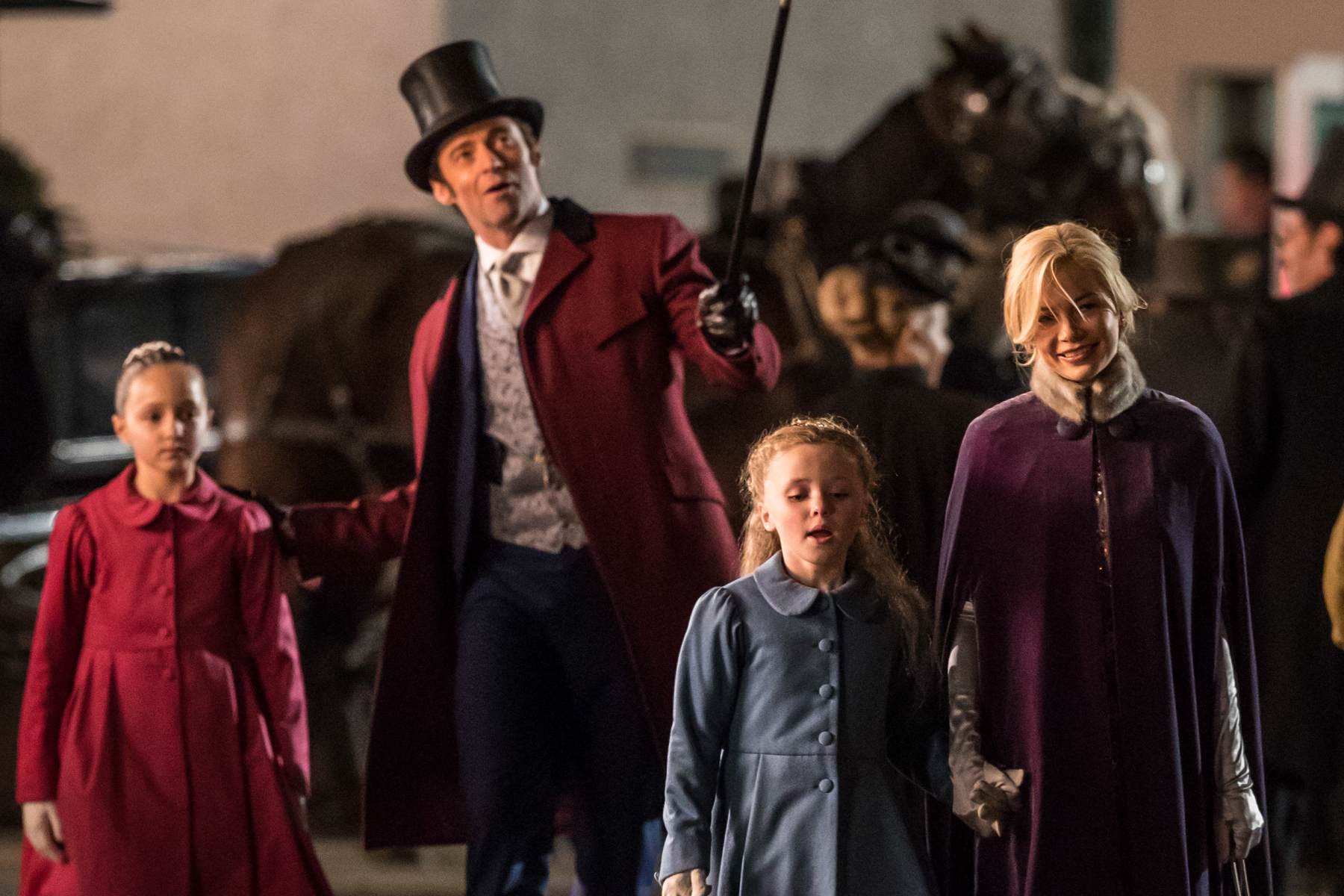 Just as the road to hell is said to have been paved with good intentions, so also is P.T. Barnum’s road to success. He sets out to provide a show through his museum that will present “the unique”.  While he sees it as an angle to make a buck or two, attracting all of the outcasts in society, like the bearded woman (Keara Settle) or what he dubs the real Tom Thumb (Sam Humphrey), or the black brother-sister acrobats of Anne (Zendaya) and W.D. (Yahya Abdul-Mateen II) Wheeler.  This is the mid-1800’s and each of these individuals are not valued at this time, especially in “polite” society.  While Barnum is looked down upon by the elite and the theater critics, he has successfully built a home for many who lacked one, providing them something even greater: a family. 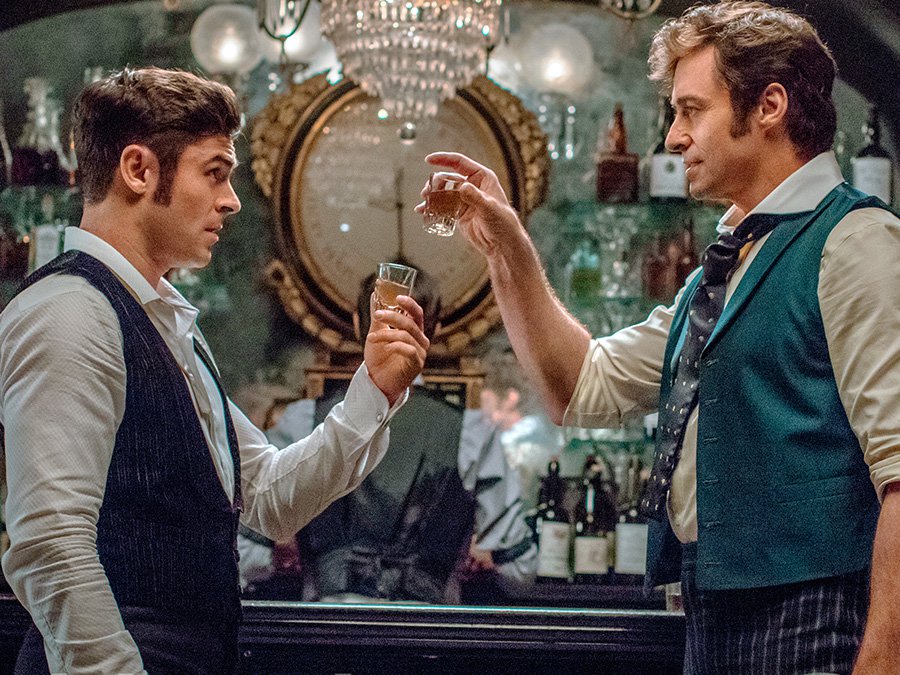 Barnum’s family is proud to be a part of what he has built.  He eventually is able to start showing his father-in-law that he is more than just the son of a poor tailor.  Unfortunately, driven men often are never satisfied.  In the name of a “better life” for his wife and kids, albeit one they never asked him for, Barnum seeks to find acceptance in New York’s cultural elite, especially after seeing his daughter being looked down upon by her peers because she is accused of smelling like the peanuts of the circus.  To do this, he recruits Europe’s most highly recognized singer, Jenny Lind (Rebecca Ferguson), to tour America with him.  His travels with her will prove to be the catalyst for his greatest struggle, and the path that leads him to become what he was ultimately known for. 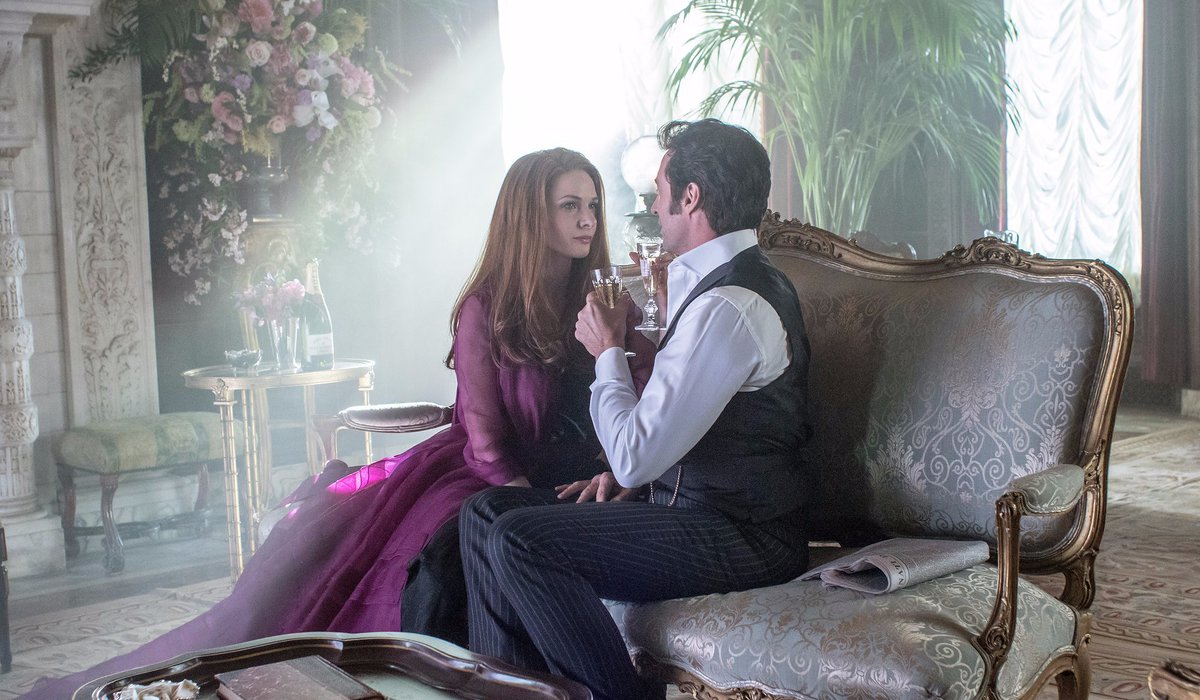 The film captures the larger-than-life ambitions of the famous circus’ charismatic leader.  Audiences should feel good walking out of the theater, with a few new songs to hum as well.  The film is largely appropriate for families, and like the 3-ring circus it is patterned after, it will entertain.  Just understand that like the real circus-man who is accused of “lying” for a living while making money off those who willingly pay him to be duped, the film The Greatest Showman is doing much the same thing.  The script plays fast and loose with the facts of the real-P.T. Barnum’s life, even inventing Zac Efron’s character altogether, and by extension the racial-social struggle his character has coming from one of societies’ most elite families, as his family practically disowns him for choosing to love a black woman and not “one of his own”.  The story is effective, but understand that like the circus, this story is a great fiction in large part. 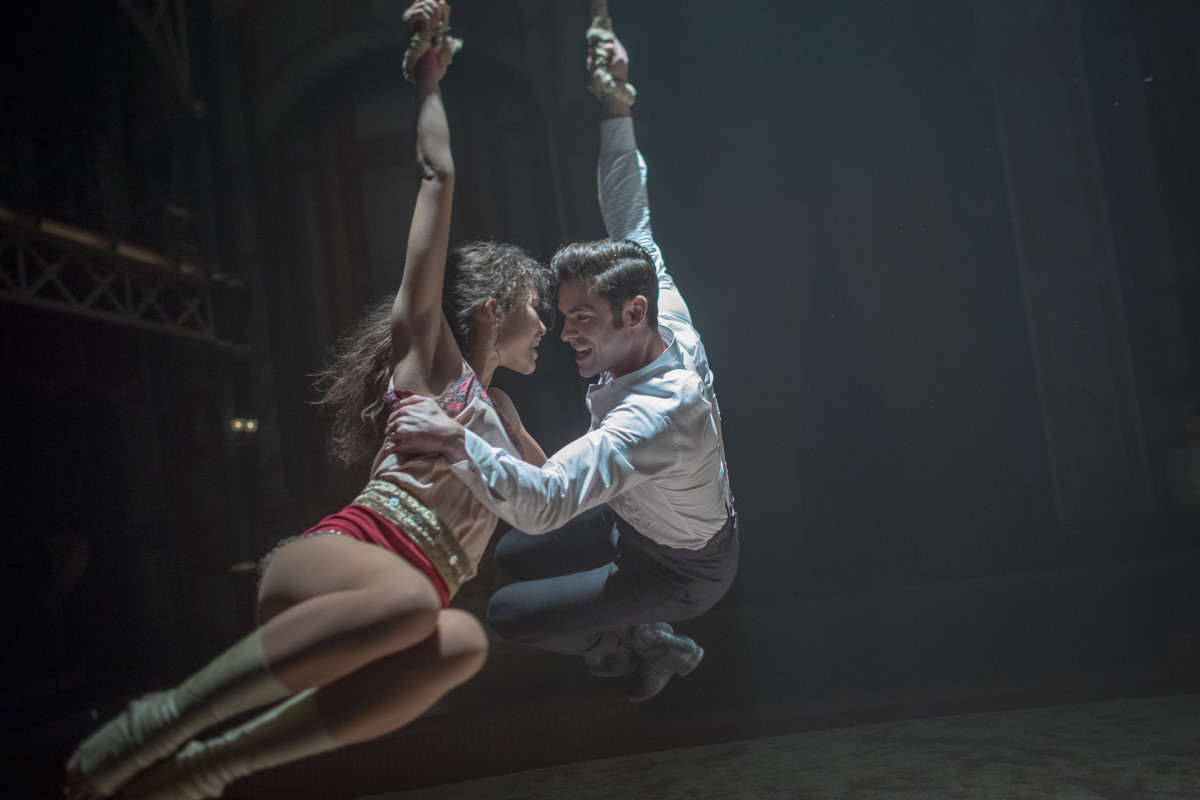 As long as you understand this and simply want to watch a story unfold that will present itself through people wanting to dance and sing, while others fly through the ring, you will be entertained, and get your money’s worth.  While set in the 1800’s the songs themselves are contemporary and modern, creating an effect in the film of showing Barnum as a man not of his time, but ahead of it.  The modern genre songs in a classic setting, helped provide that illusion.

So if you are ready to enter a world that will transport you like no other is trying to do, step right up and buy your ticket to The Greatest Showman.  It won’t win many awards, but it will do what it sets out to do: entertain both the young, and the young at heart.