Zoey Deutch is a Fresh Cut Above the Rest 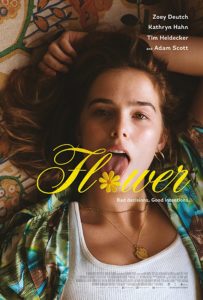 An interesting take, if also, from the perspective of this forty-four year-old male critic, alarming. And while Erica’s notions of feminism are probably in need of some refinement, her “win-win” propositioning frequently (but not always) has a few worse side components. Namely, prostitution, and extortion.

When we meet her, she’s indulging a local middle-aged cop in his car, which is parked off in a field somewhere. Along come a few strangely masked characters, shooting video of the whole thing. When the cop attempts to short Erica on the agreed price, she informs him that her friends have him on “Candid Camera”. Then it’s a quick trip to town, to the nearest ATM.

In their celebratory jaunt through the local shopping mall, Erica spends none of her newly dispensed cash. “Why?”, her friends ask her. She never spends any of the money she “earns”. Turns out Erica has a secret goal of racking up enough to post bail for her incarcerated father. She keeps her ledger on her desk right next to her notebook of her detailed rendering of every penis she’s even had. 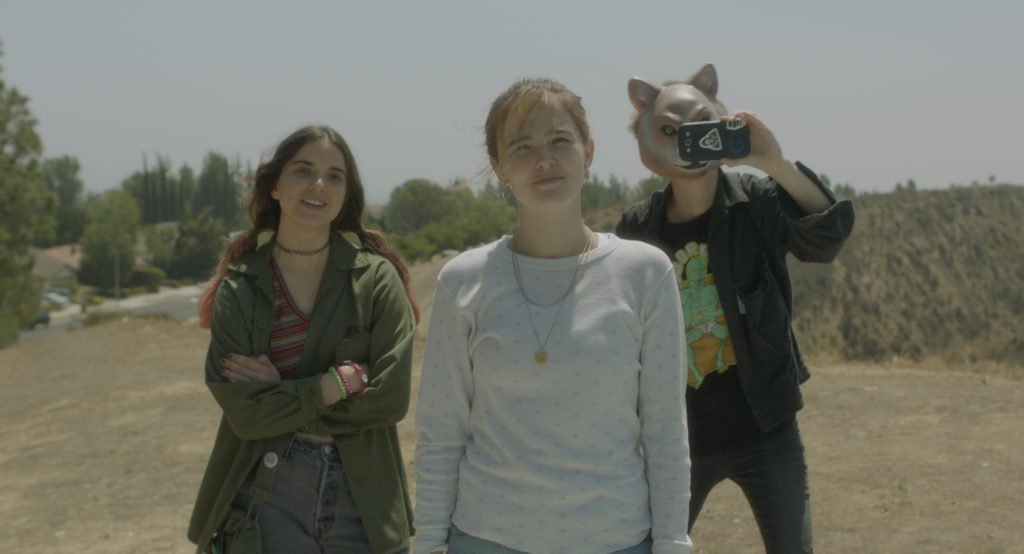 Her mother (Kathryn Hahn), meanwhile, has finally found a good man whom she truly likes, and is desperate for Erica not to blow the relationship for her. Trouble is, the guy is a terminally dorky yuppie (played by Tim & Eric’s Tim Heidecker), and to make matters far worse, he’s got Luke – an overweight son her same age who’s just coming out of drug rehab.

Luke (the excellent Joey Morgan, stretching far beyond his role as the fat kid in Scouts Guide to the Zombie Apocalypse) is an unkempt sweaty introverted bundle of sad nerves and damaged goods. When a panic attack sends Luke running out of a restaurant during a meal meant to celebrate his release from the drug program, Erica accepts her mom’s bribe of $20 to retrieve him. Luke, it turns out, is too smart and too uninterested in Erica to buy into her fake charm and follow her back inside. To her great surprise, this eighteen year old unquestionable virgin (in her correct assumption) is repulsed by and flatly turns down her follow-up offer of you-know-what. He is the first of two guys in Flower to react firmly and negatively to Erica’s attempt at her taboo hobby.

Erica is intrigued by Luke, and as she gets to know him, details of his torrid history emerge. Connections are made between “Hot Old Guy” (a surprisingly non-irritating Adam Scott), whom she’s been long ogling from afar with her friends at the bowling alley, and the disgraced teacher that Luke claims molested him. Amid all of this, Erica puts two and two together, realizing a plan to extort the rest of the money she needs to bail out her father. 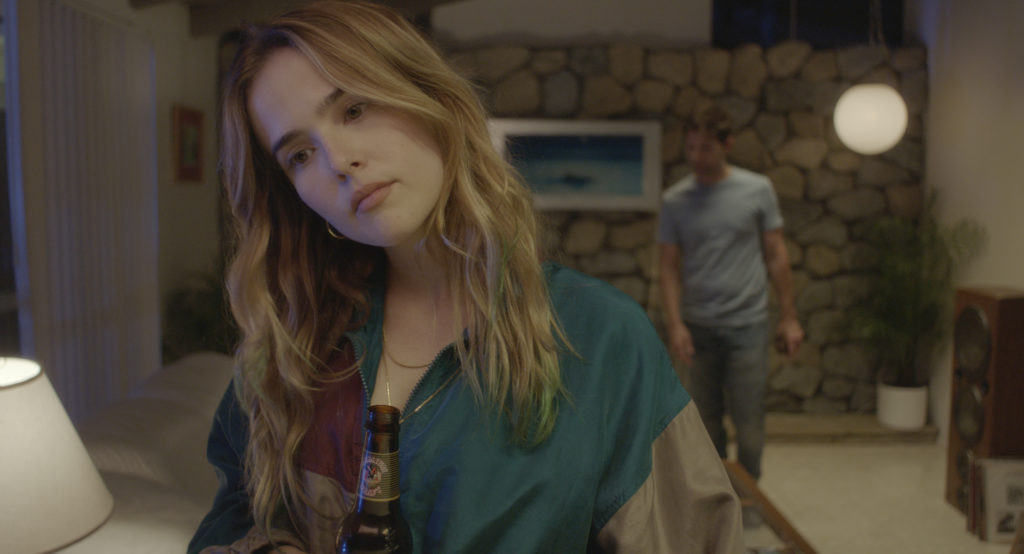 As things go south with this plan, all bets are off. Somewhere in the messed-up scramble of it all, a certain sweetness begins to stealthily permeate the film. Flower, pridefully adorned in its concurrent hi-def video sharpness and haze, as well as Erica’s floaty droning rock n’ roll, is the rare teen film that convincingly nails the blend of edginess and engagement that so many others aspire to, but fail.

Another new teen girl film with no shortage of similarities (including it’s release date) is the likable but far more flawed Dear Dictator. That film, when watched in close proximity with this one, demonstrates, among many other things, that shredding Ramones style punk guitar coupled with anarchy signs spray painted all over the lead character’s bedroom is old hat in terms of rebellious teen movie shorthand. And yet, as rebellious as the protagonists can be in Flower, the film never actually condones their alarming practices and actions. At the same time, it’s no uncool cautionary tale of youth gone wrong.

It’s important to note that while everyone in Flower is of age, there’s no explicit material shown in the film. (Aside from a few of Erica’s drawings, which are rather detailed). Lord knows there’s a whole lot of very explicit talk, but that’s the extent of it. In so many cases, such an approach seems to betray a filmmaker’s intent in making an edgy, unrestrained movie – a storyteller navigating somewhere between fear and indulgence.

This is something different. Flower is raunchy, and it’s a comedy, but it’s not what we’d consider a “raunchy comedy”. There’s nothing uproarious about this film, as director Max Winkler (son of The Fonz himself, Henry Winkler) is successful in his clear attempt to portray unsettling aspects of American teendom without leaning into actualized crudity or exploitation. It’s a tough line to walk, and Winkler makes it look as easy as his lead character.

It’s not every day we meet a girl like Erica, and for some people, maybe that’s for the best. But for filmgoers ready for a fresh cut on the teen comedy sub-genre, Flower is blooming.