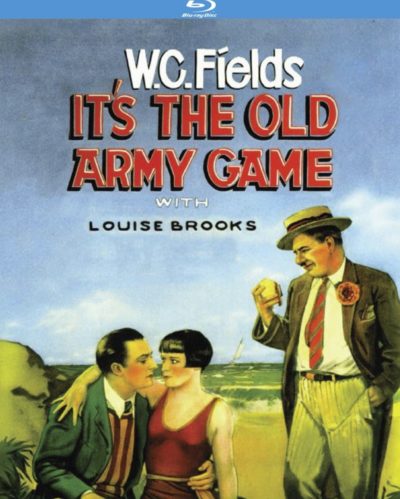 DIRECTED BY: A. Edward Sutherland/1926

I have to be honest with you: I’ve seen only one W. C. Fields film. I’ve attempted a couple of half-hearted times to watch his famous The Dentist, mostly famous for the censorable stuff contained therein which failed to keep my attention. That sort of situational, dysfunctional family comedy has taken a long time for me to be able to thoroughgoingly enjoy.

This film, however, made it easier. Maybe it’s because the family is as loud as ever, but I don’t have to wince at the sound of the yelling.

Two scenes of the film stand out that I will mention.

First, the scene in which Fields is attempting to sleep. His nephew, a toddler, simply won’t shut up and a series of gags ensue, complete with a mallet, a mirror, and a breakaway balcony railing. The baby even breaks a bottle over his uncle’s head, prompting the comment,”Uncle will give you some nice razor blades to play with.”

Fields’ sister just doesn’t seem to get that her child is a terror—which, of course, makes all of the situational comedy all the funnier.

Second, the picnic scene. While Fields is playing a respectable business owner (he owns the drugstore in the town), he and his family go to a “park” which is really the front lawn of a large estate. After utterly trashing the place, the family bundles themselves home. This scene prompted reviewer Carl Sandburg to write in his August 2, 1926 review,

“The picnic scene tells us a part of what is wrong with the country, though it does not go so far as to tell us what to do about it.”

I suppose this sort of commentary is preserved by its wryness.

The scenes in which the lovely Louise Brooks appear are so very human that it certainly bolsters the moments of comedy. Brooks is a wonderful straight-man to Fields and her signature realness is superb. I won’t ruin the plot, but they make a great pair in their scenes together.

The Blu-ray release is spectacular. Packaged with a score by Ben Model, the film is a visual delight, giving us a glimpse of life as it was in the middle of the 1920s. Most of the intertitles are original to the prints, though in the last reel or so, they are reconstructed (presumably from Paramount archives), as the reel no doubt contained flash titles (or ones of a foreign language). The picture is sepia and pleasant to look at, with few jitters or speckling to get in the way.