An Emotional Journey From the Backwoods of Romania. Now on DVD 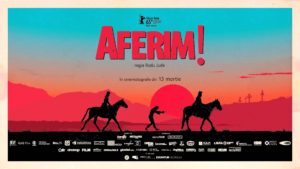 About 10 years ago, Romania made a big splash on the international film scene. So big that it even got the tag “new wave” slapped on the movement. The leading film from the region that blew audiences away was 4 Months, 3 Weeks and 2 Days. To consider myself a fan of that film would be an understatement. I put it in my top 5 movies of the decade, just behind such films as No Country for Old Men and There Will be Blood.

That’s how good it is.

So I was disappointed when the tap of Romanian films coming to the US dried up, but equally excited when I heard about a new one that was getting some buzz on the festival circuit.

Aferim! Is the newest film by Radu Jude, who is known for  The Happiest Girl in the World (another leading film mentioned in the aforementioned “Romanian New Wave”). Aferim is an Ottoman Turkish term meaning “bravo” and is used quite ironically in this film. The story takes place in the early 1800’s and revolves around Costandin (Teodor Corban, 12:08 East of Bucharest) traveling with his teenaged son Ionita (Mihai Comanoiu)  to find a gypsy slave Carfin (Cuzin Toma) and bring him back to face punishment for having sex with a powerful member of their community.

The conflict isn’t if they find Carfin, but rather if they will do the right thing or not when they find him.

The film has a doom surrounding it, from the haunting black and white to the confident nature of the travelers mission compounded with the known incompetence of the target of their chase. Costandin asks all the right questions to those he runs into, helping him track down Carfin. He uses charm when necessary and threats when necessary. His son pays close attention and takes mental notes.

The conflict isn’t if they find Carfin, but rather if they will do the right thing or not when they find him.  The naivete of Ionita asking his father why they have to bring this man back to his death, when he clearly doesn’t deserve it, slowly breaks down Costandin. The simple brushoffs at first or explanations that this is how they earn their money and respect within the community comes with less and less conviction as the film goes on. “Can’t they just let him go and say he was never found?” is the prevailing question that is hanging over the film. 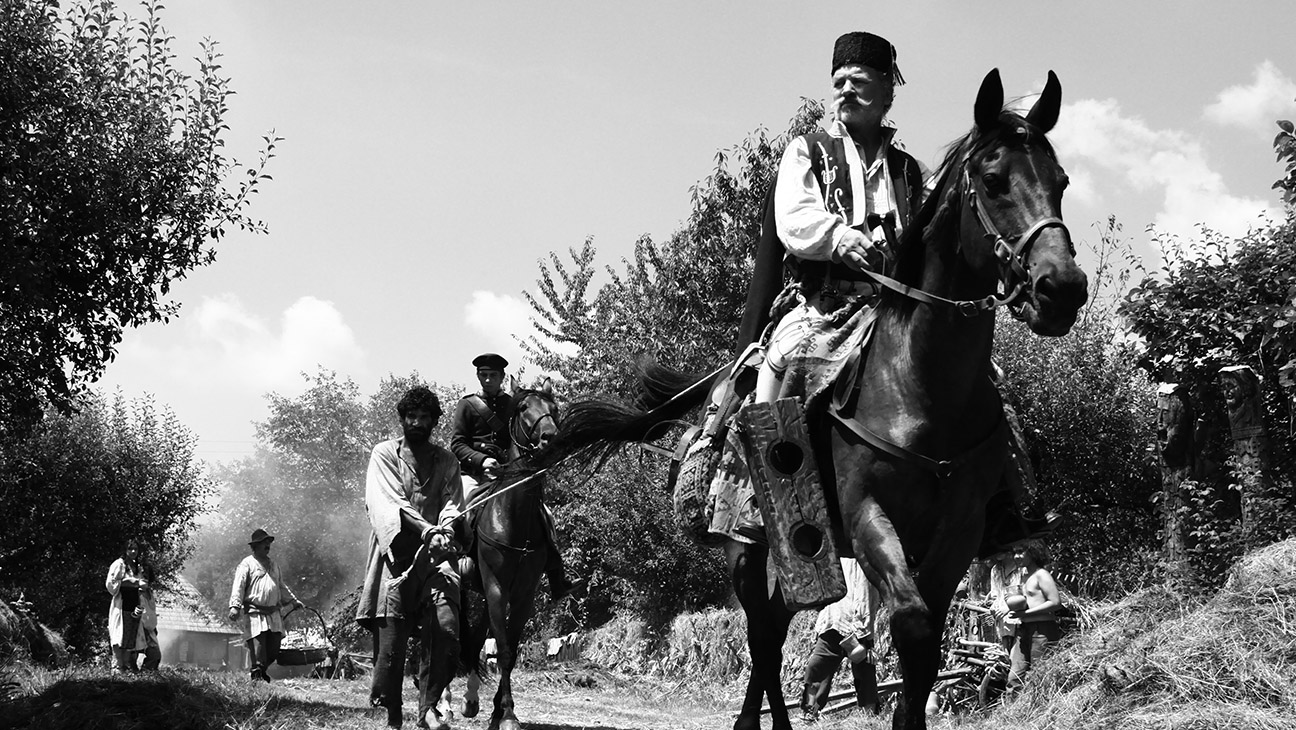 Aferim! impressed me in ways that other Romanian films of the past have not. It doesn’t have the gutpunch that 4 Weeks does, but when it wants to turn to its brutal side, it sure knows how to. But Aferim! hits other emotions. It has a sentimentality I haven’t seen from the other films in the movement. And it’s surprisingly funny. Perhaps the darker moods of the rest of the film sets you up to be hit by other emotions, but there were times when I was being swept into the melodrama (especially a scene where father and son are lying together on the floor discussing life) or times I was laughing so hard I had to pause the film (Costandin explaining to a woman who was abused by her husband that beating your wife is a very traditional thing, “in fact, Adam used to kick Eve in the stomach. Did you know that?”) 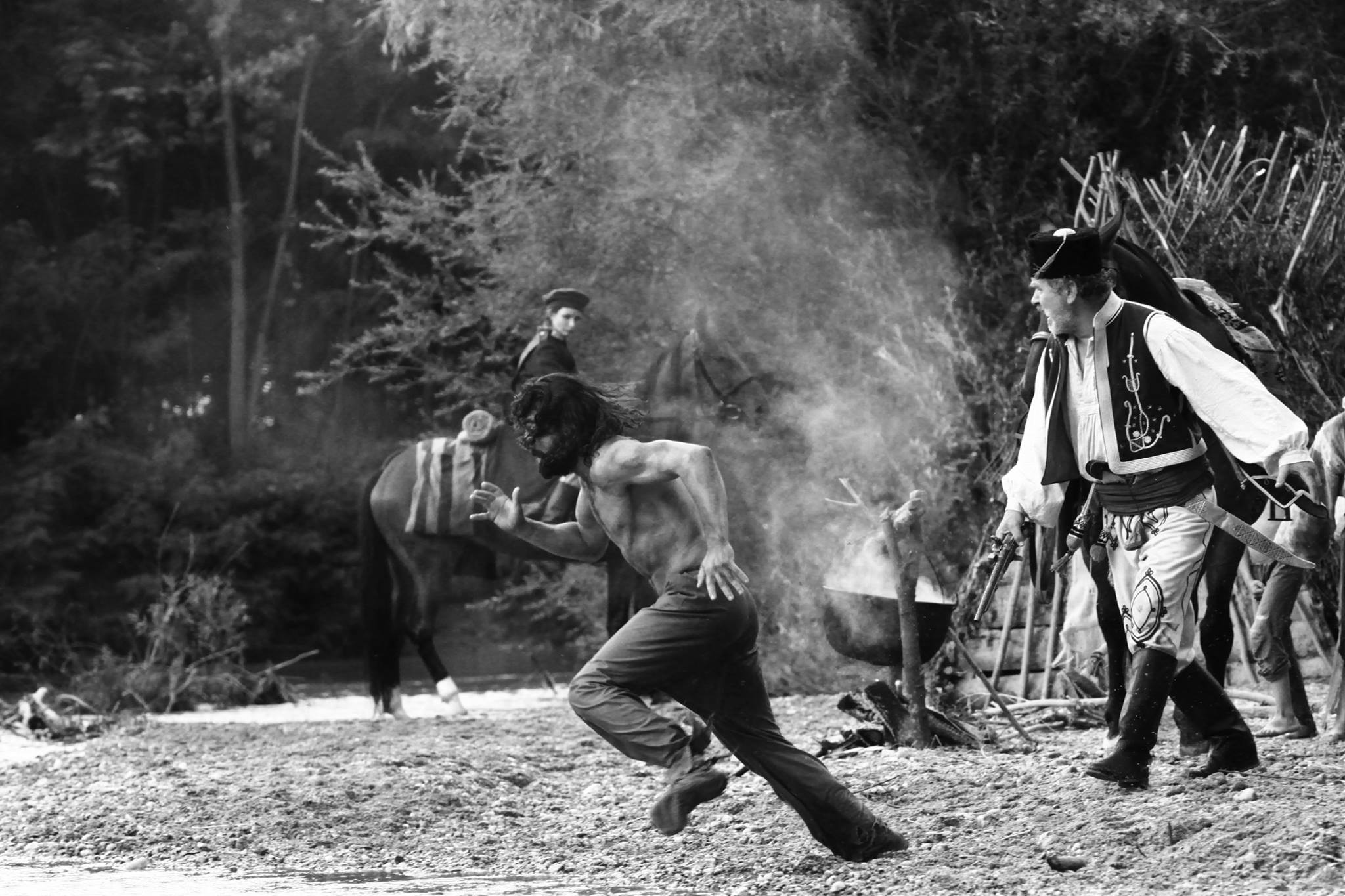 Aferim! is a highly recommended film. Tonally, this may be an easier film to test out before you jump into the more hard-hitting Romanian films of 10 years ago. On the other hand, the language barrier is a little rough in this movie. There was some dialogue that went over my head. Most of the Romanian films of this movement come from Bucharest, which is easier for Western audiences to get into. Aferim! is using a country dialect that makes essentially two degrees of translation separation, as the film is produced and shot in Walachia (where Dracula was born!!!)

Regardless what order you go in, if you haven’t given modern Romanian cinema a chance, well now is your chance.