Film Review: THE LEGEND OF TARZAN

This New Version of the Mythic Story Is Nothing Special 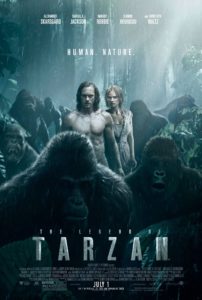 Perhaps I shouldn’t think about plausibility when watching Tarzan. Maybe the problem is with me, that I can’t stop thinking about the real cases of feral children, and how very different there lives have been from what we see on screen in this new version of Edgar Rice Burrough’s creation, Tarzan of the Apes. I enjoy fantasy and sci-fi and magical realism, and I think it probably requires a similar suspension of disbelief to embrace The Legend of Tarzan on screen. I struggled with that throughout this film, but I’m only willing to take part of the blame. A better script, a better story, more attention to the details – all of this would have made it easier to immerse myself in a story that…well, let’s be honest. It doesn’t make much sense.

A better script, a better story, more attention to the details – all of this would have made it easier to immerse myself in a story that…well, let’s be honest. It doesn’t make much sense.

John Clayton was an infant when his parents, Lord and Lady Greystoke, died after being shipwrecked in the Congo. He was adopted by a female gorilla, Kala, and was raised among the great apes until young adulthood. The movie opens with Clayton (Alexander Skarsgard), still a young man, now living on the family estate in England, married to Jane (Margot Robbie), and fully integrated into civilization (“Don’t think too hard about this, Sharon, don’t think too hard about this.”) Now he’s being asked to go back to the Congo to investigate how the region is being managed by the King of Belgium. An emissary from the U.S. , George Washington Williams (Samuel L. Jackson) suspects that King Leopold is using slave labor and wants to find evidence to report back to European investors. Jane won’t be left behind (she grew up in Africa, too, the daughter of an English teacher) and soon the three of them are in the Congo – and walking right into a trip set by King Leopold’s right hand man, Leon Rom (Christoph Walz). 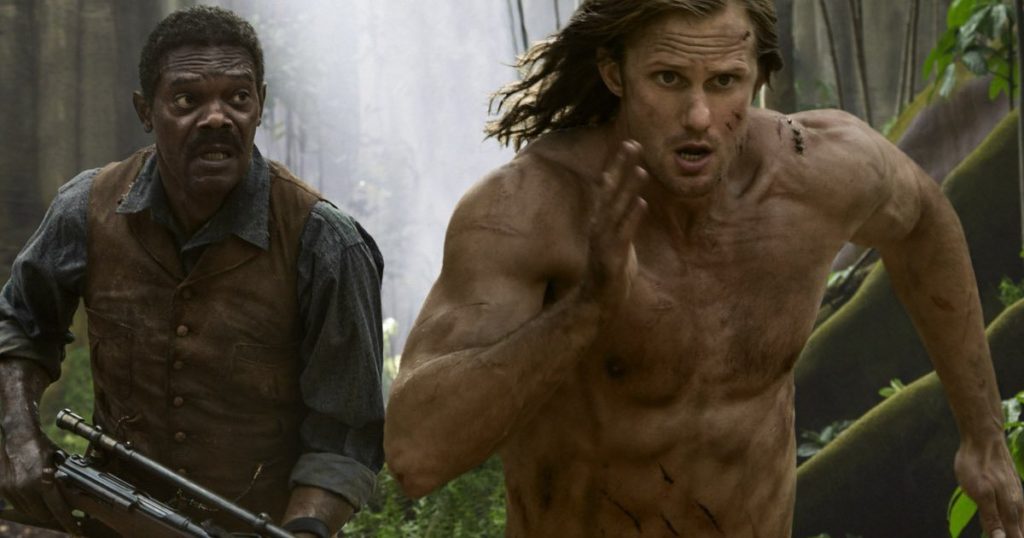 Rom is searching for diamonds and needs the cooperation of a particular tribe of Congolese natives. Those natives are led by a tribal chief, Mbonga (Djimon Hounsou), who has a bitter grudge again Clayton/Tarzan. Rom will deliver Tarzan, the tribe will allow access to the diamonds, King Leopold will have the wealth to pay off his debts and build his private army – everybody’s happy. Except, of course for the Claytons, Williams, and the Congolese who are being slaughtered and enslaved by Bar as he pursues John Clayton.

This conflict between good and evil will compel Clayton to become Tarzan again, especially after Jane is taken captive by Bar. Williams and Tarzan jump and swing and fight their way the jungle, against man and beast alike, to rescue Jane and bring Bar to justice. 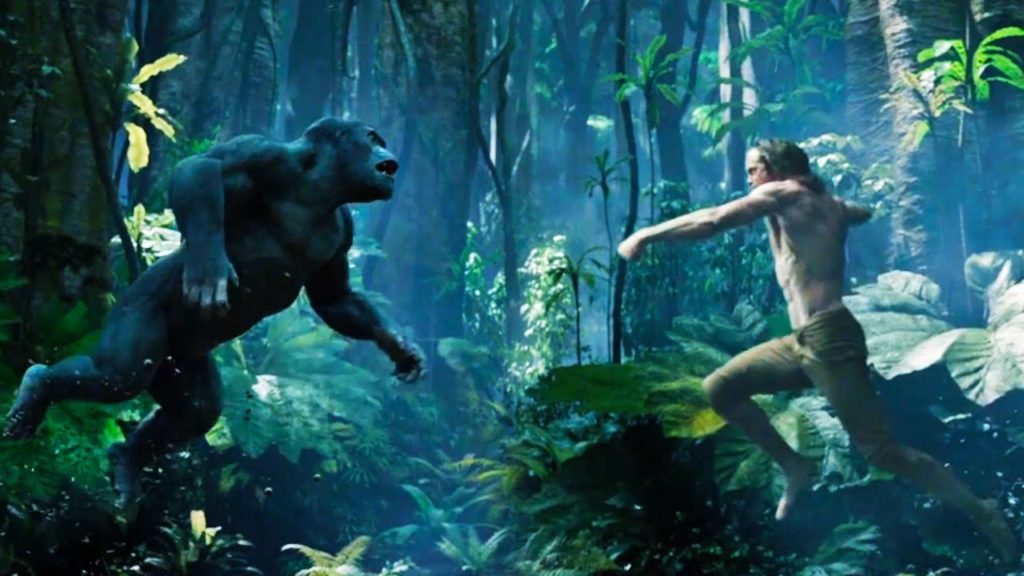 Alexander Skarsgård is a fine actor, but he seems lost in this role. He’s tall, muscular, broad shouldered enough, but his accent is all over the place – sometimes sounding English, sometimes American. Robbie’s Jane is indisputably American, with a thoroughly modern feistiness – she makes a pedophile priest joke at one point that seems both anachronistic and in questionable taste. Jackson delivers most of the jokes, and Waltz does his typical fussy villain. A movie like this needs lots of action and fun to override the implausibility, but The Legend of Tarzan is often slow, and is definitely overlong. The scenery is beautiful and a few of the action scenes are exciting, at least briefly.  Still, given a choice between this movie and the last major adaption of Burrough’s story, Disney’s animated Tarzan (1999), I’ll take the Disney version any day.