RACER AND THE JAILBIRD – Film Review 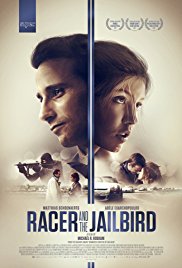 Michael Roskam’s last feature-length film was 2014’s The Drop, which featured Tom Hardy as a bartender who tries to skirt the line between existing among the criminal element he is surrounded by, and the love of a woman that tries to pull him out of the element he is surrounded by.  The Drop also features dogs and Matthias Schoenaerts, and these similar plot themes, as well as Matthias Schoenaerts (and dogs) all feature prominently in Roskam’s follow-up feature length film, Racer and the Jailbird, or Le Fidele.

Schoenaerts is Gino Vanoirbeek, or GiGi to his friends, a man who has a past.  Gino has been in an out of the Belgium and French juvenile system while growing up, where he befriended several other boys like himself, like Serge Flamand (Jean-Benoit Ugeux) and Younes Bouhkris (Nabil Missoumi).

Together, these three have formed a tight-knit unit, along with a couple of others, that continue to commit crime sprees well into adulthood.  Mostly, this involves bank robberies, but with each new job, the stakes are raised.  Serge and Younes started off, like Gino, wanting to do such things for the thrill of it all.  Now, Gino, unlike Serge and Younes whose thirst for the thrill has never wavered, longs for something more….now that he’s met a girl. 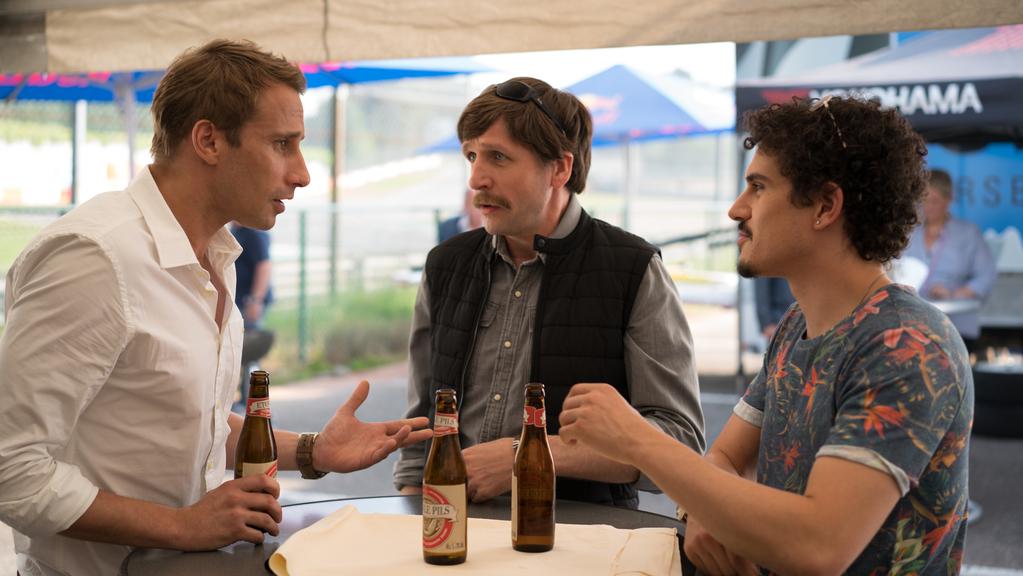 Adele Exarchopoulos (Blue is the Warmest Color) is Benedicte Delhany, or BiBi to her friends, a woman who is a race car driver.  It’s a family affair as she works with her father, Freddy (Eric De Staercke), a wealthy businessman who backs her career, and her brother Bernard Delhany (Thomas Coumans).  It is through her brother that Gino is introduced to Bibi.  Using a cover as a car exporter, Gino naturally is attracted to the sport of racing, though it is mainly because it is how they are finding their rich banking targets.  Once he meets Bibi, Gino slowly begins to grow a conscience, finding out that maybe he doesn’t have the stomach for the life of crime anymore, but, as the original title of the film, Le Fidele, implies, his loyalty to his lifelong friends may prove to be too much of a pull, even if it costs him everything.

The first third or so of the film sets the scene for a strong crime drama that would not be out of place if compared to The Drop, for instance.  Many of the same beats and themes are present, and the main cast are all very good.  The bank robberies are able to be unique despite being a film staple over the decades, and the highway robbery involving a storage container being dumped over the overpass above to block off their intended target is pretty well executed.  Knowing that Michael Roskam based some of this off an actual crime unit that was active in Belgium in the 1990’s adds a little mystique to the crimes themselves.  Unfortunately, all of this is not enough to carry the film much further. 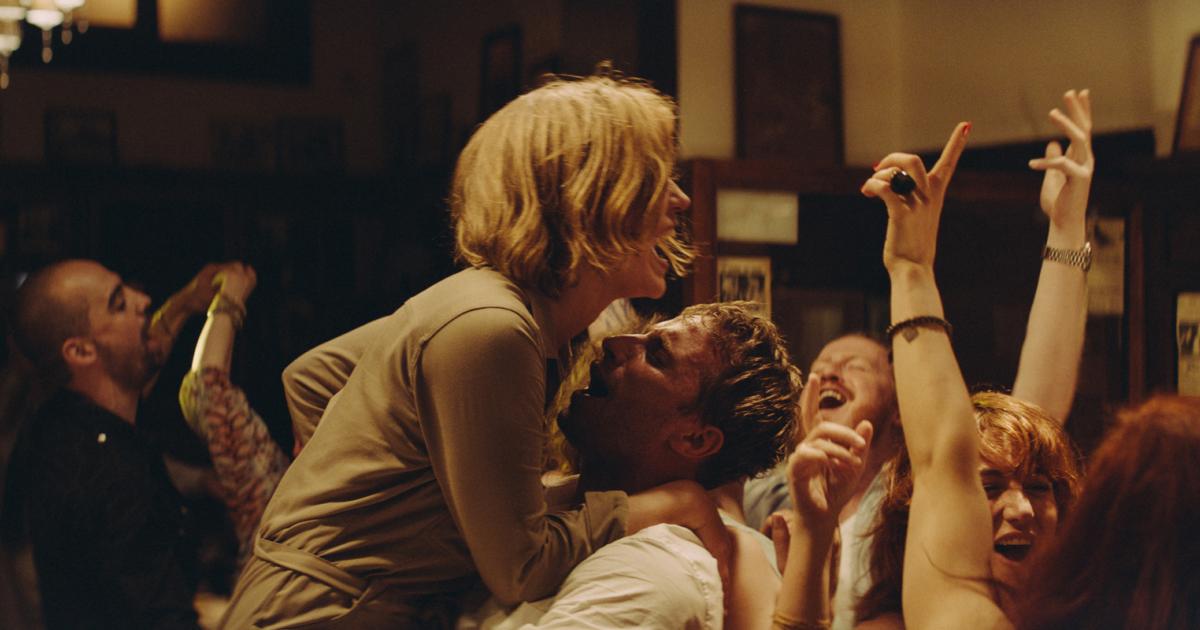 The chemistry between Shoenaerts and Exarchopoulos is good, but their characters don’t seem very believable as far as the script is concerned.   Like the racing subtext of Bibi’s character, the two meet, immediately bypass all of the usual relationship development that follows a typical meet-cute, and are presented to us as being deeply in love when their whole relationship has consisted of arriving at a location for a first date, cutting to passionate sex, followed by a get together at a local bar/restaurant where Bibi meets the gang, and invites her friends where drinks, laughs, and a dance is shared.  She is still in the dark about the true nature of the gang’s relationship to each other, or what it is they truly do for a living.  The film certainly hit the gas, but not in a clever way to bypass the frivolities of typical romance and get to the deeper connection they share that should set up the ultimate conflict and consequences of their separate worlds.  Racer and the Jailbird seems to be racing through all of the character development it needs to make it a compelling film.

Side characters all of a sudden are presented in key pivotal positions to close the law enforcement web around Gino and his gang just as he is looking to walk away after one more cliched “big score”, to be with BiBi once and for all, when nothing has been established to develop how close the gang is to being discovered by the police, or these side characters relationship to any of it.  To put it mildly, everything feels rushed….and forced.

The third act turns everything we’ve seen up to this point on its collective head as the film becomes a version of The Fault in Our Stars for the ever specific and elusive criminal and racing crowd.  It still tries to stay connected to the crime drama it pretended to be, but when its all stripped down and laid bare, it is really a love story with a melodrama-of-life vibe.

Roskam’s ability to create the realistic feel of the dark underworld of crime, along with his cast’s performances, certainly elevate everything that is lacking in the script, but they can’t rise above the story that was penned by Thomas Bidegain, Noe Debre, and Roskam himself.  This is a shame, as the right ingredients were present to create a compelling story….unfortunately, this racer ran out of gas.

The film is in French and Dutch, with English subtitles.