Does Liam Neeson Finally Find the Balance He is Looking For? 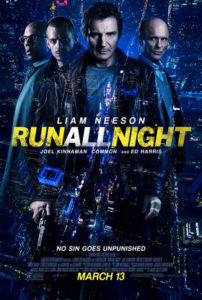 Liam Neeson has been a prominent actor for some time.  With Batman Begins, he began an ascent into the title of “action hero” despite his unlikely age.  With Taken, he became a certifiably bankable action star.  Taken spawned 2 mostly bland sequels and a yearly dose of Neeson that has been hit and miss.  His offerings now seem so far away from the Oscar nominated performance he had in Schindler’s List some 22 years ago.

Last year, in 2014, Neeson offered us the standard action yawn aboard a plane called Non-Stop that was serviceable as a popcorn offering for January/February but which stirred some controversy with who it chose to depict as the villain for the film. He also gave us A Walk Among the Tombstones which was a slower crime drama as Neeson’s character tried to battle an addiction to alcohol and atone for his sins and the guilt of a fateful shootout he participated in once as a cop.  Tombstones was clearly the better of the two films as it gave Neeson a story and a character to mine and didn’t rely on slam-bang action to drive the story along, but it lacked the adrenaline necessary to attract the audience who wanted more action.

2015 has begun with the same pattern as 2014’s offerings.  We first were given Taken 3 which landed with a thud at the box-office and may have finally put that series to rest.  After that action-based yawn, Neeson’s next film of 2015 gives us another crime-based drama where he is again an alcoholic trying to make amends for past sins in the new film Run All Night.

While the pattern is the same, Run All Night is finally a film that seeks to balance the two action extremes Liam Neeson has been trying to balance the past few years.  On one hand, there is constant tension and action, as well as a story-driven backstory that provides some depth for Neeson to settle into.  The question is, is it enough?

In the film, Neeson plays Jimmy Conlon, a hitman for local mobster Shawn Maguire, played convincingly by a welcomed Ed Harris.  Shawn and Jimmy go way back to their childhood, and share a deep bond.  Shawn has tried to go straight, running a “legitimate business” after years of thuggery, but his son Danny (Boyd Holbrook-also with Neeson in A Walk Among the Tombstones) is trying to be an apple off the “old” tree, and does not embrace his dad’s new ways. 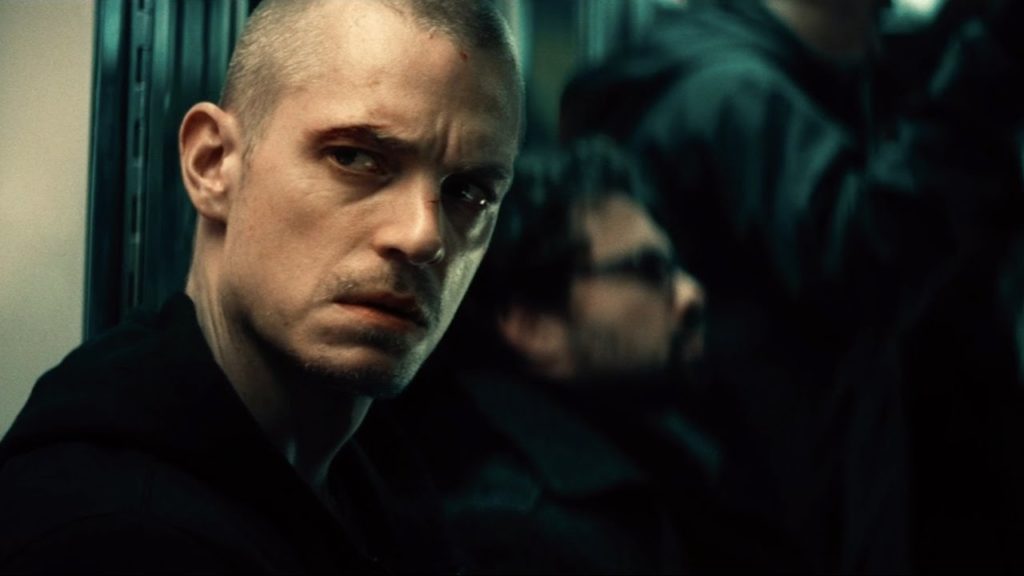 When Danny sets up a drug deal gone-bad, it spreads its tentacles out and draws in Mike who is driving his limo and becomes a witness to Danny’s crimes.  As Shawn gets word of his son being in the cross-hairs of Danny, who is trying to eliminate any witnesses, it leads to a fateful encounter that will pull both Jimmy and Shawn back into the world they have tried to leave, and put their lifelong allegiance to the test.

Run All Night features very good performances from its leads and the gravitas and  presence of Ed Harris gives the story a more layered presentation than one might have had with different actors.  On the surface, the story is very generic and follows a stereotypical pattern that is familiar is similar American crime stories.  However, the performances of the actors elevates the story above the script and allows Neeson a film that isn’t a one-note action film such as Taken 3 or Non-Stop, but allows him to actually sink into a character whose story can justify the actions he is taking in a way that is grounded in real life consequences that so many action based films ignore.

Where A Walk Among the Tombstones offered Neeson’s character a chance of redemption after a dour two hours, Run All Night gives him a short time frame to repair his relationship with his son while still holding him accountable for the years of violence his life has dispensed on the community, his family, and his own soul.

Featuring solid supporting roles for Vincent D’Onofrio (Law and Order: Criminal Intent, The Judge), Common (Selma, Now You See Me), and Bruce McGill (Lincoln, Ride Along), Run All Night keeps things balanced and grounded with only small forays into unbelievability that typically plagues action based films.  While it is somewhat formulaic, the overall performances of the cast help this to be a competent action film and a balance between the two competing extremes Liam Neeson has been trying to balance since becoming a bonafide action star.  Liam Neeson is always a welcomed presence on the screen, and finally he has an action film that isn’t totally beneath him.