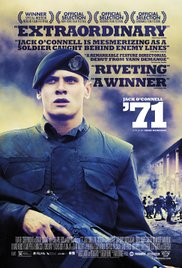 In 1971 Belfast, citizens loyal to England were in the midst of a conflict with separatists who wanted British forces to leave Northern Ireland. These separatists ultimately wanted to leave the UK and unite with Ireland to the South. The conflict between the two sides began peacefully, but by the late 60s had erupted into violence. British loyalists, mostly Prostestant, were led by groups like the Royal Ulster Constabulary. They began attacking Catholic civilians out of fear of a violent separatist uprising. The Provisional Irish Republican Army defended the separatists and in 1971 began retaliatory attacks. To combat the IRA, the British established the Military Reaction Force which gathered intelligence and operated violent counter insurgency squads.

This conflict, known as The Troubles, is the subject of the gripping thriller ‘71. Jack O’Connell (Unbreakable) plays a green British soldier who is sent to Belfast to ostensibly restore peace to neighborhoods where violence is escalating. Once there, he finds that the situation is spinning out of control and that the actions of all parties–British, separatists and loyalists–are a complicated morass of power plays, recriminations and shifting loyalties. As in a John le Carré thriller, none of the players in the conflict come off as particularly heroic and their actions appear callous and calculating.

“’71” becomes a tense cat and mouse game where the young soldier is always on the verge of being killed.

O’Connell finds himself stranded on the streets of Belfast after his very first mission goes haywire. He has to evade IRA forces disguised in plainclothes while trying to seek aid from forces allied with the British. O’Connell finds himself reluctant to resort to violence. His eventual acts of violence are hesitant and regretful. Violence in the film is sudden, senseless and nasty. ’71 shows violence like a virus and how the young and uninitiated are inclined to mercy. Only when goaded by their elders into violent retaliatory acts does it become part of their natures. 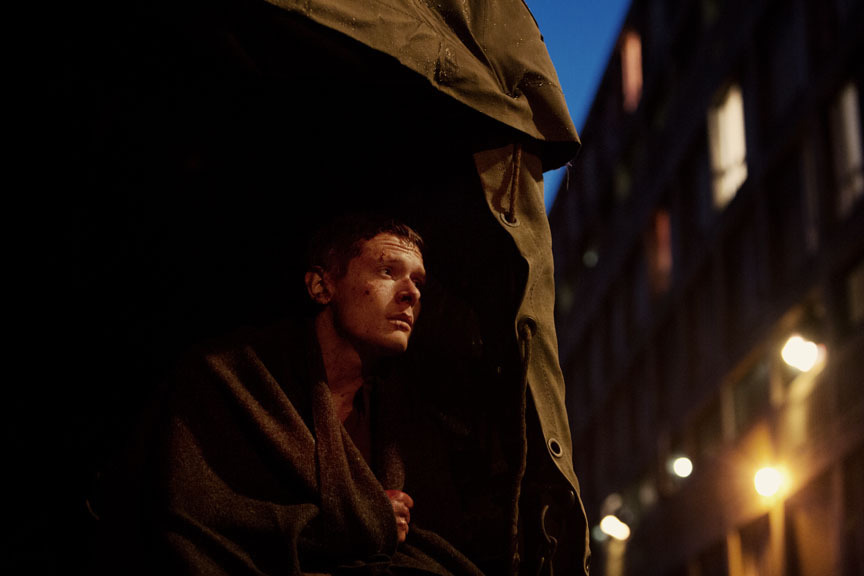 The film is an effective examination of wartime violence, but it’s also an excellent thriller. The film slowly initiates us in to O’Connell’s world, but once he hits the Belfast streets, ’71 becomes a tense cat and mouse game where the young soldier is always on the verge of being killed. Given the corrupting power of violence as seen in the film, there’s also suspense generated by the question of whether or not the hero will be corrupted by the violence surrounding him.

Director Yann Demange’s previous works include the excellent BBC horror film Dead Set about life in the Big Brother house in the midst of a zombie apocalypse. It’s a gory genre piece about how certain death affects the narcissists from the popular reality series. Even given the horror set up, it was a surprisingly thoughtful work.‘71 takes the man on the run thriller and surrounds it with a knotty examination of history where there are few good guys.

’71 provides the requisite thrills necessary for the genre, but also provides a fascinating history lesson with a more nuanced take on violence than is usually found on the big screen.