“That’s right, they made a Thor movie…”

In anticipation of the third film in this series, THOR: RAGNAROK, which opens this weekend, I now present my original opening weekend review of the 2011 original in which the hero made his Marvel Cinematic Universe debut.  This piece was originally published May 6, 2011 at TwitchFilm, now known as ScreenAnarchy.com. 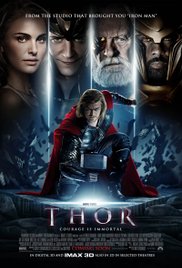 In the first of many comic book adaptations this summer, a valiant super powered son in red cape is sent to Earth from on high by his wizened father. Sound familiar? No it’s not Superman, although the man of steel obviously boasts a few similarities to this character. This is Thor, the mythical Norse god of thunder. More accurately, it’s the Marvel Comics version of the legendary character.

That’s right, they made a Thor movie. A big budget, bells and whistles, summer tent pole, visual effects driven spectacle with top tier talent all around. As a kid growing up in the 1980s on a steady diet of Marvel comics, this sort of thing was the unthinkable. I remember just pining away that one day – maybe one day! – Spider-Man (my favorite super hero) might get that kind of cinematic treatment. I tell you, young comic book fans of today truly don’t know how great they have it. Cool stuff is everywhere – action figures, video games, web sites, etc. – as the very comic heroes of my youth now steer the pop culture ship in a way I always knew was possible, but never dreamed was actually probable. These films are the crown jewels that make the machine go. And when they work, they tend to work pretty well. Not perfect, but pretty well. Thor is no exception, as it drops in from the heavens, establishing a much-needed super-natural foothold in Marvel’s emerging landmark multi-movie continuity.

The long-running Marvel comic book series on which the film is based casts the Norse god of thunder in a modern day super hero context. This means that Thor lives among all the other characters of the Marvel Universe – including Iron Man, Captain America, and the Hulk – often fighting alongside of them. He regularly travels back and forth from Earth to his celestial home of Asgard, home of the gods. Asgard is populated with all manor of colorful characters, including Thor’s father Odin the king, his meddling evil brother Loki, the boisterous Warriors Three, and the warrior woman Sif. (All prominently featured in the movie.) As a founding member of the Avengers – a grouping of Earth’s Mightiest Heroes – Thor must regularly balance his loyalties to the mere mortals with his royal duties in Asgard. 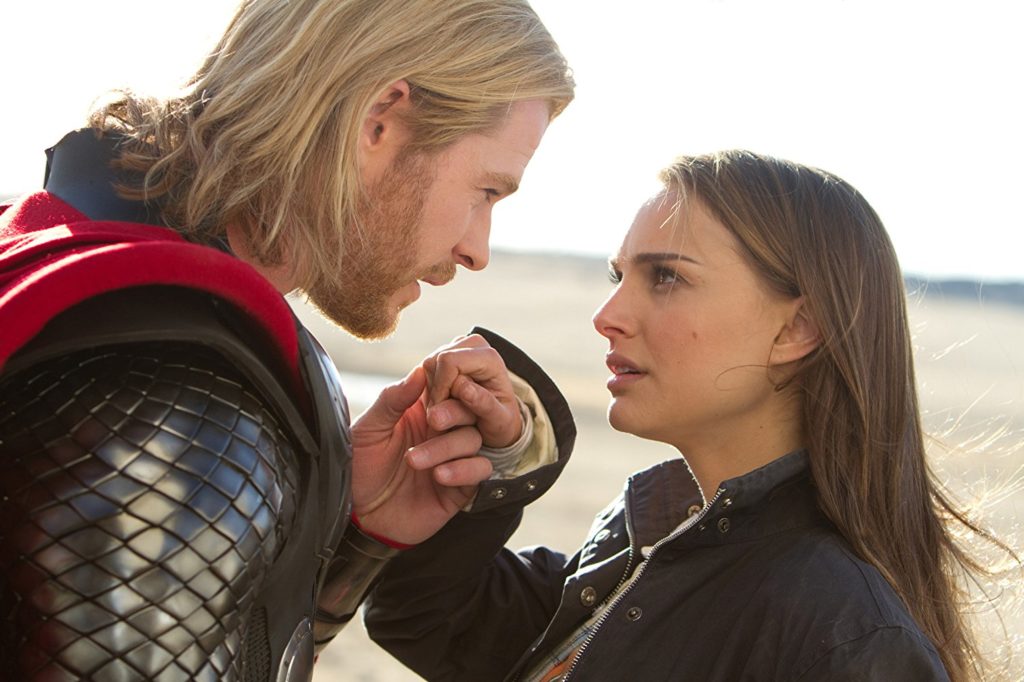 As a film, Thor is a satisfying summer ride. It’s at times exciting, funny, and on the whole, well paced. As the title character, previously unknown Chris Hemsworth hits the scene in a big way, not only carrying the film, but also making the character his own. Anthony Hopkins plays the highfather Odin, who is forced to banish Thor to earth, separated from him empowering magic hammer, following an impetuous pre-emptive raid on their sworn enemies, the frost giants. Hopkins may be an overly obvious pick for the part, but he’s nonetheless a good one for a role that requires a rare blend of warmth, stoicism, and gravitas. Natalie Portman and Stellen Skarsgard are also on hand to lend their star power to the proceedings, and both do a convincing job of selling the notion that this isn’t merely a paycheck gig for them. It must be said, though, that Tom Hiddleston as Thor’s duplicitous brother Loki does more dramatic heavy lifting than those two combined.

In light of the news that Kenneth Branagh would direct Thor, there was hope that he would apply the kind of stately grandeur to the mythological realm of Asgard as he brought to the impressive lineup of Shakespearian films he helmed in the 1990s. While there are such moments in the finished picture, Thor is not driven by that brand of visual flair. Perhaps surprisingly, it is the earthbound sequences (in a small dust-swept town in New Mexico, to be more precise) where the movie really finds itself. Branagh casts aside his trademark symmetrical pageantry for these portions, embracing an effective utilitarian straightness in his approach. From time to time, he does employ ridiculously canted angles to otherwise dull establishing shots and whatnot, a probable explanation being that this is some sort of winking nod to the 1960s Batman television series with Adam West. Because he’s directing a comic book super hero, perhaps? Whatever the case, if this is the extent of Branagh’s indulgences in this film, it is certainly forgivable.

Less forgivable is the use of 3-D in this film. Thor boasts one of the single worst and most pointless 3-D conversions I’ve seen. The extra dimension serves no artistic purpose, and only succeeds in pulling the viewer out of the action, opposite of its intended purpose. The effect essentially visually deconstructs an already shakily rendered CG Asgard. The digital artifice of Odin’s realm is made painfully apparent through the dim lenses of the disposable plastic glasses we keep being subjected to. (In this regard, it’s going to be a long summer indeed.) Although I’ve only been able to preview the 3-D version, if you have a choice, save a few bucks, avoid this transparent cash-grab, and try Thor in glorious 2-D, the way Jack Kirby intended.

So, the good news is that the worst aspect of Thor (the 3-D) should be entirely avoidable. (Many theaters offer 2-D alternative screenings of 3-D films.) Whatever your situation, fear not, for long after the experience of being hammered by the frustratingly bad 3-D conversion has blown over, you’ll be basking in the ethereal glow of this thunderously righteous film. Okay, maybe that’s pushing it a bit, although this is a solid three-out-of-four-stars movie. On the Marvel movie scale, it’s not as good as the first Iron Man, but it’s better than the still-enjoyable but thoroughly unnecessary Iron Man 2. Let’s just put it this way: Stay home and miss Thor? I say thee nay, mortal! 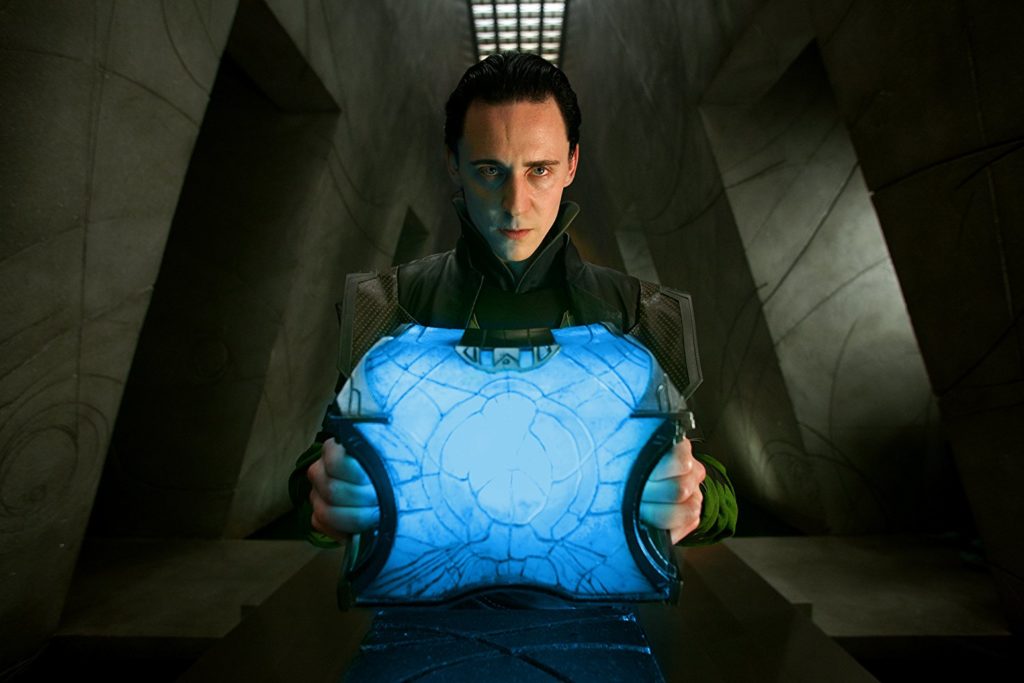 Tom Hiddleston as Loki in THOR.