Stephen Fry’s Novel of Heavy Drinking, Eloquence and Skepticism Comes to the Screen 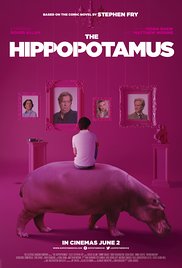 Don’t let the imposingly ornate central location fool you, The Hippopotamus is not massive nor heavy.  To its credit, though, at only eighty-nine minutes, it is also not lumbering.

A comedy with terminal leukemia and a hard-drinking lead character, The Hippopotamus dispatches the latter to a large, sunny, fancy estate house in order to get to the bottom of whether or not the resident fifteen year old boy has some sort of mystical healing powers.  If so, the positive-minded pretty young rich lady with the terminal leukemia might not die right away after all.  If not, our overweight and cranky drunk protagonist (played wonderfully by Roger Allam) will be right.  Crucially, he’s also a one-time celebrated poet, long since done in by the bottle.  Decades ago, he was as famous as any poet could ever get these days.  Fat lot of good it does him now, though.  The primary benefit in this for we, the viewers, is that the character plausibly makes good in delivering some of the most amusing movie swearing in years.  Inspired f-bombs away!

Based on a novel of the same fairly odd title by no less than the incomparable Stephen Fry, The Hippopotamus is a Brit-to-the-bone endeavor of wit, sardonic humor, manners, lack of manners, wit, personal failure, introspection, skepticism, and more wit.  It should also come as no surprise to those familiar with Fry’s frying pan that, since “religious magic” is kinda sorta being put on trial serves as the crux of this story, what particular ideology prevails.  (A spoiler, shock and dismay). It’s not just that delusional religion (conflated here with some kind of supernatural restorative magic) is judged to be opportunistic, it’s ultimately f-ing opportunistic.

With that, I’ll go no further, other than to say that The Hippopotamus, evidently crowdfunded into existence, winds up surprisingly sensitive, perhaps even mildly hopeful.  Tonally it’s a bit whacked – the occasional reliance on pratfalls,physical comedy and twee framing is out of place to the level of embarrassment – but that’s not reason enough to completely condemn it to movie hell or the endangered species list.  It’s far too non cumbersome for all that. 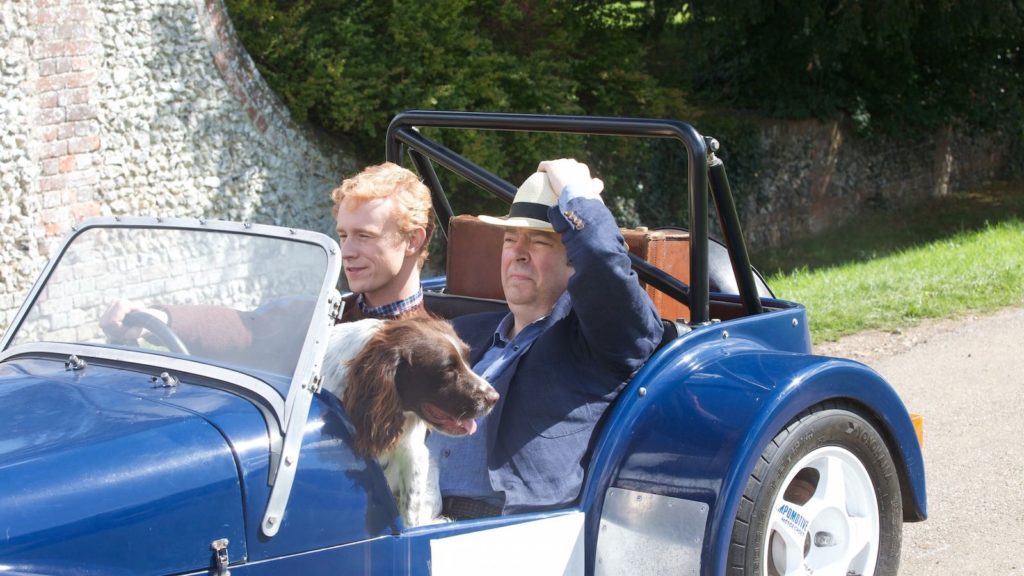 Roger Allam holds his hat in THE HIPPOPOTAMUS.