After High-Rise, Ben Wheatley’s last film, which was a dense and complicated adaptation of a J.G. Ballard novel, a nice little heist action/comedy that takes place in just one location that has both the acting and dialogue needed to lift the film higher than you’d expect sounds perfect. Apparently Wheatley agreed and brings us Free Fire, a film that is unabashedly influenced by Reservoir Dogs, but has so much of his own flare that it doesn’t feel anything close to a carbon copy. 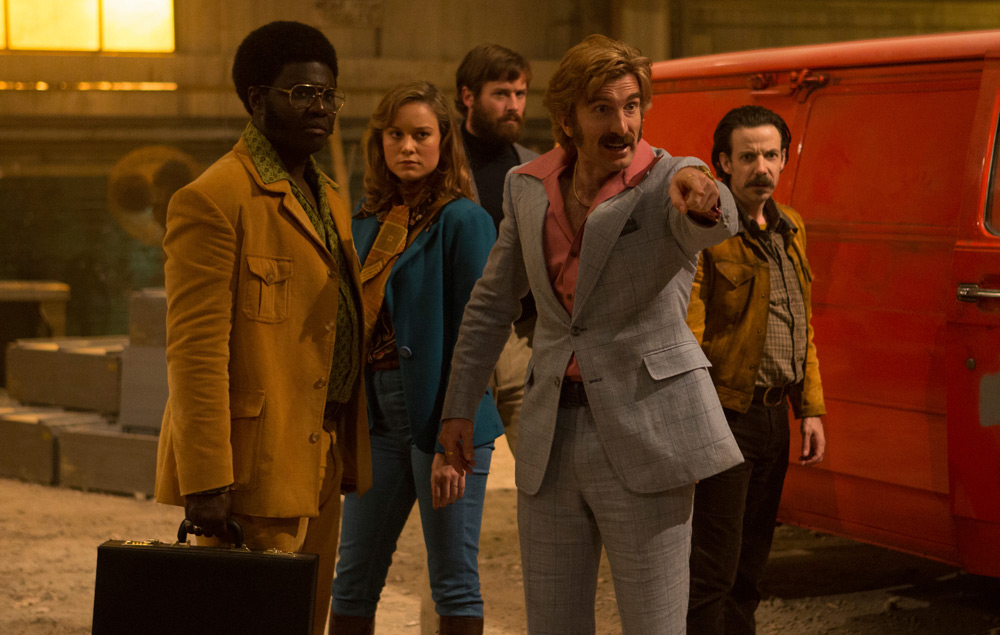 The film starts with the setup to an arms deal and ends with that deal going badly. Not at all a spoiler, as it goes off the rails in the first act, but it’s important to know the absolute minimalism of the plot. This is a film about personalities, including Wheatley’s and co-writer Amy Jump. Sometime in what appears to be the 70s at what appears to be Boston (details aren’t given because who cares) Cillian Murphy (who is great in it) plays IRA operative Chris and with his partner Frank (Michael Smiley), who is great, want to buy some heavy duty assault rifles from dealer Vernon (Sharlto Copley, who is great, okay I’m going to stop doing that, you get the point) and the deal is set up by Ord (Armie Hammer, have to point out he’s great, now I’ll stop) and Justine (Brie Larson, I can’t not say she’s great, because she’s probably the best). 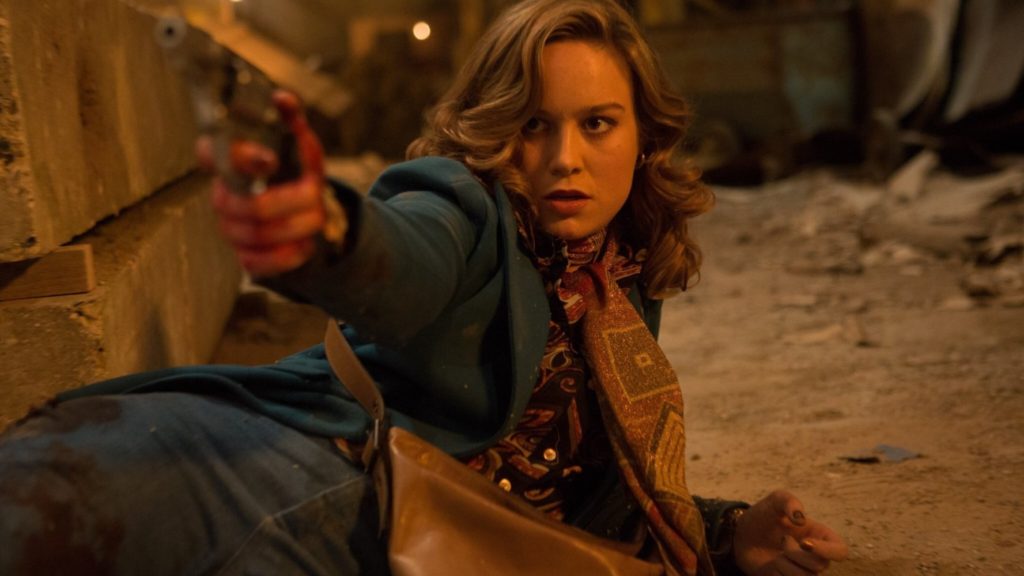 Then things go badly. The reasons aren’t too important and since there’s so little that happens, that should be kept a secret, but a lot of it is the fault of a hired helper/junky who is played by Sam Riley (great).

From there, basically imagine the scene in the show Spaced, where they break out into a video game inspired gun fight with their fingers and yell funny things back and forth. 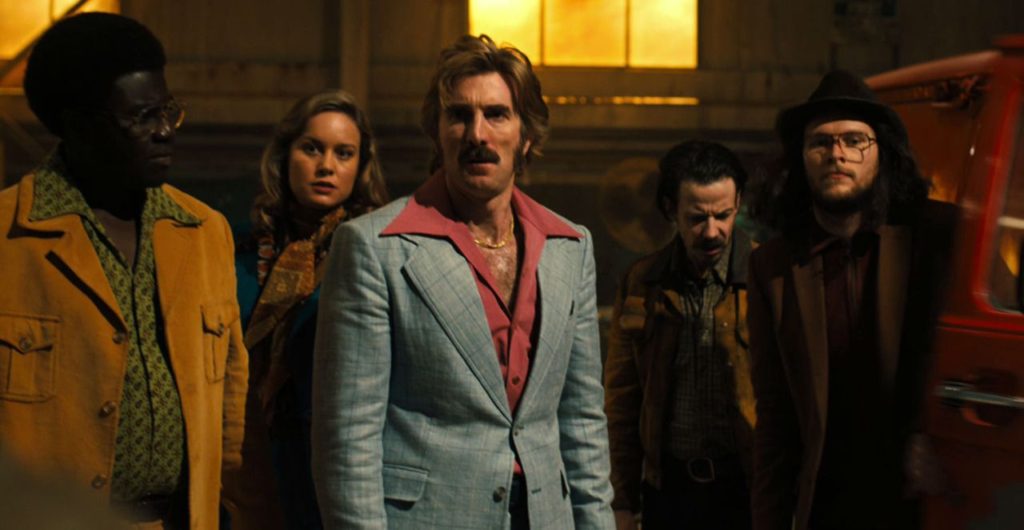 I’m not fully positive why Wheatley chose to keep it all in one location. Could have been budget. Could have simply been to keep it simple after more ambitious projects. And it could be that he knows limitation spurs creation. Whatever the reasons, if you want to see a highly entertaining film that is only 90 minutes but feels even shorter due to how engaged you are, that has some of the finest and most fun actors working today pulling down deep to find the most charming elements of their personalities, and has a pretty interesting feminist side to it, if you are wanting to look for it, the Free Fire joins films like Get Out and Split in making a case that 2017 is already a great year for genre filmmaking. 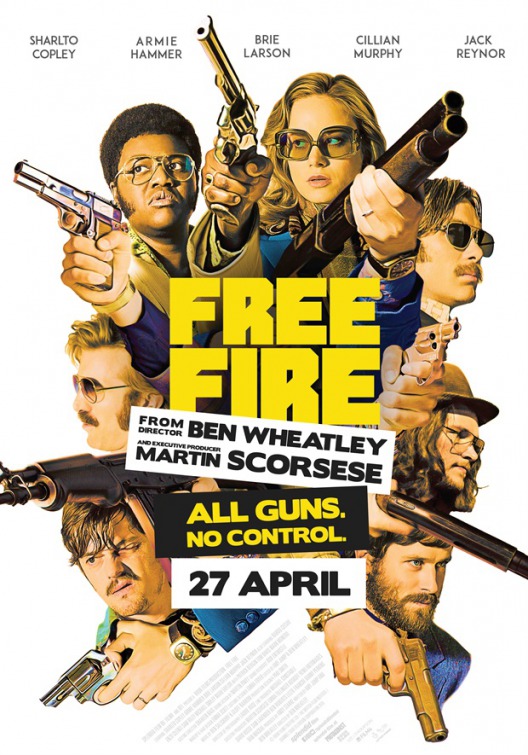