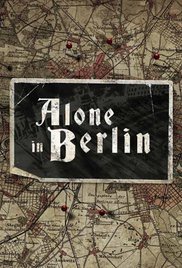 Every once in a while, a film comes out that makes you wonder why it isn’t getting a wider release.  One of these films is Alone in Berlin.  The film is a compelling true story that documents two individual’s silent and powerful protest against the Nazi regime in 1943.  Featuring a stand-out international cast, and a unique story, Alone in Berlin should have been given the chance to be seen by a larger audience.  It was released on January 13, 2017 into a limited number of theaters in major markets such as New York, and has also been made available to view on several on-demand platforms.

Anna (Emma Thompson) and Otto (Brendan Gleeson) Quangel are German’s who are living their life, supporting their nation’s war effort.  Anna is a member of the Women’s Socialist Party, and Otto is a machinist, helping to keep Germany’s manufacturing in top shape as their son, and many other son’s, is off fighting in Hitler’s Army.

While this film features a compelling story, and an outstanding cast, it is not a loud film despite its World War II setting.  It is, instead,  the quiet film of a couple of individuals who get a clear sense of what is wrong with their country, and their government, in trying times, and set about trying to right these wrongs in a simple but profound way.  Sometimes, the smallest acts can lead to revolutionary change. 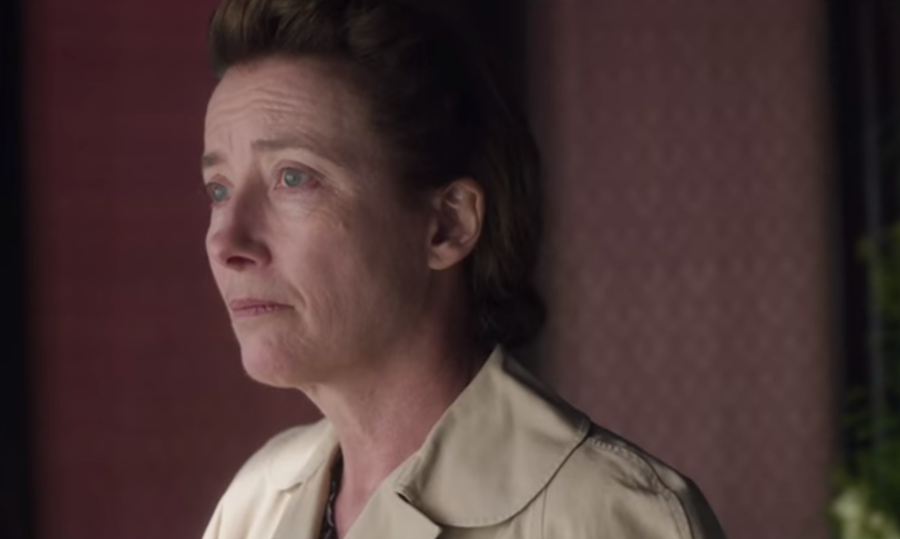 When they receive notice that their son has been killed in combat, the rose-colored glasses that they had been seeing their country’s war machine through is forever shattered.  Seeking to come to grips with their immense loss, Anna and Otto flounder, barely keeping their emotions buttoned up.  Otto finds solace in doing a wood carving of his son’s likeness, while Anna continues her social visits on behalf of the Women’s Socialist Party unable to cope with those who continue to merrily shout “Heil Hitler!”.

Unbeknownst to Anna, Otto has also started writing anti-Hitler messages on the backs of postcards. At first, it seems to be therapeutic, but Otto believes that he is part of a new Free Press, sharing these messages as a way to reach people who might feel the same, but who are too fearful to admit it.  To get his message out, he will casually leave them on random staircases in office buildings, and the like.  Careful not to be seen leaving them by any of his fellow citizens who would be all to eager to report him to the Nazi Party, Otto grows more and more bold in speaking out.  When Anna discovers his new mission, it reignites the passion she had for Otto when they first met and gives them a way to work through the loss of their son while silently protesting the Nazi Party. 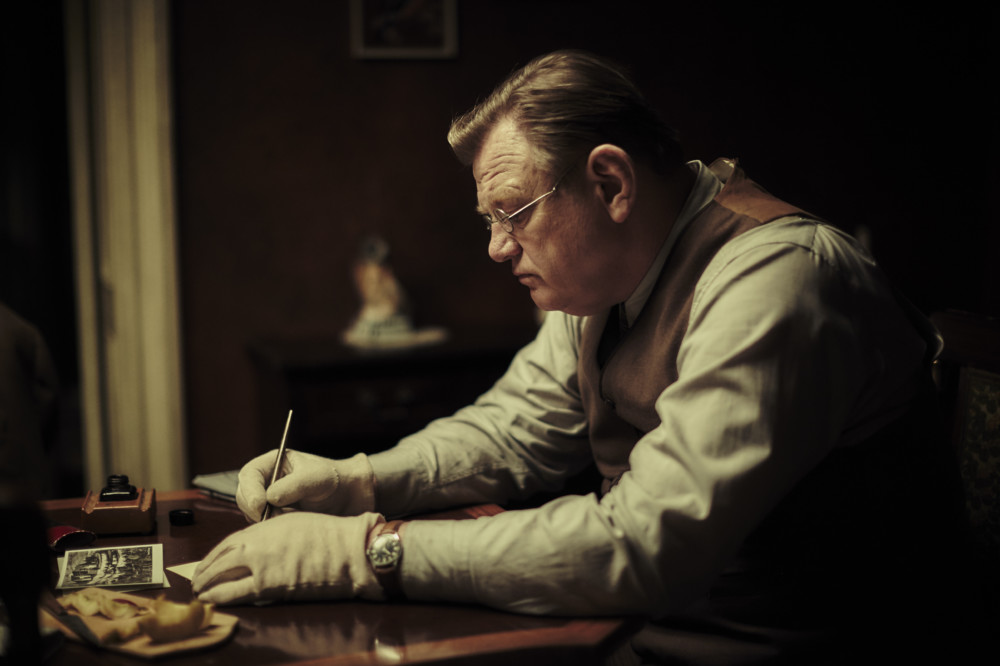 Escherich (Daniel Brühl) is a police officer in Berlin who is on the case of finding out who this “hobgoblin” is that keeps leaving these postcards all over the city.  With the Nazi SS commander breathing down his neck to capture this traitor, Escherich begins to systematically tighten the noose, hoping to catch the perpetrator behind this new anti-Nazi movement before it begins to embolden other potential dissidents.

Anyone familiar with Emma Thompson (Saving Mr. Banks, Bridget Jones’ Baby, Harry Potter series, Nanny McPhee, Love Actually) or Brendan Gleeson (Braveheart, Calvary, Edge of Tomorrow, Harry Potter series) knows the level of excellence they bring to any project they are apart of.  Simply put, they elevate the stories they tell.  This is no exception.  Adding in Daniel Brühl, who was outstanding in the film Rush, and who also appeared in such films as Woman in Gold and Captain America: Civil War, is only going to strengthen this film.

While this film features a compelling story, and an outstanding cast, it is not a loud film despite its World War II setting.  It is, instead,  the quiet film of a couple of individuals who get a clear sense of what is wrong with their country, and their government, in trying times, and set about trying to right these wrongs in a simple but profound way.  Sometimes, the smallest acts can lead to revolutionary change.

While Germany was seeking to shut them down, and snuff out any potential rebellious movement that might result from others being emboldened, the Quangel’s simply demonstrate the timeless Biblical imperative that “the truth shall set you free”.  In the face of death, the Quangel’s embrace their newly found freedom, in the stark face of one of the most oppressive regimes in history, and find comfort and strength in simple acts of truth telling that fits on the back of a postcard.

The true story is actually based upon the lives of Otto and Elise Hampel, whose story was altered for the 1947 novel by Hans Fallada.  Fallada was given access to the Hampel’s Gustapo file after the war and sought to dramatize their ordeal into a book.  Eventually, this story was published in English in 2009 in a book entitled Every Man Dies Alone.  In the true account, the Hampels did not have a child who died, but it was Elise’s brother, whose death inspired their rebellion.  The film, Alone in Berlin, takes the novel as more of the source for its inspiration, and of course a child dying seems to be seen as a deeper loss for the sake of narrative tension within the story.

Alone in Berlin, while not a great film, certainly is worthy of a wider release, and is worth the view if one is able to locate it on-demand.  If anything, you will get to see a trio of fantastic actors quietly delivering another great performance in their respective individual filmographies.