Note: “Reel Theology” is a special section devoted to editorial interpretations of various movies.  The readings you may find here might very be unintended on behalf of the filmmaker, and in many cases are subjective to the individual writer’s point of view.  You may find yourself not agreeing, but we hope you will find yourself engaged. 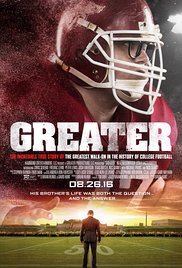 The film, Greater, is the story of Brandon Burlsworth (Christopher Severio) who is arguably the greatest walk-on player to ever play football for the Arkansas Razorbacks. An unlikely candidate for a division 1, SEC school, Brandon was labeled as being both too short and too fat for the program.  Instead of being deterred, Brandon simply ate, and also grew a bit at the end of high school.  When his new coach said he needed to lose weight, he did. This was a pattern for Brandon.  In pee-wee football, he was dismissed by his coach, but found encouragement in the high school coach who saw his raw potential and gave him some advice.  He followed that advice literally and by the time he was in High School, he was doing better as a player, but certainly not for a program like Arkansas.

His walk-on status at Arkansas was met with similar dismissal by both coaches and players, except for his offensive line coach who saw him as a diamond in the rough.  That belief in Brandon translated into Brandon being offered a full-ride scholarship for his remaining years, ultimately leading to Brandon winning a place on the All-American team, and being drafted by the Indianapolis Colts to play in the NFL.  Brandon was also the only player at Arkansas to earn both a bachelor’s degree and a master’s degree while playing football.

Nicknamed “cheesecake” by his much older brother Marty (Neal McDonough) for the excessive amount of food he consumed, Brandon grew up in a single-parent home with a mother (Leslie Easterbrook) who was extremely supportive and generous, even if it meant she suffered financially for it.  His father was not around, and was an alcoholic.  Brandon, found his strength in his Christian faith, and his mother and brother, and his brother’s family. 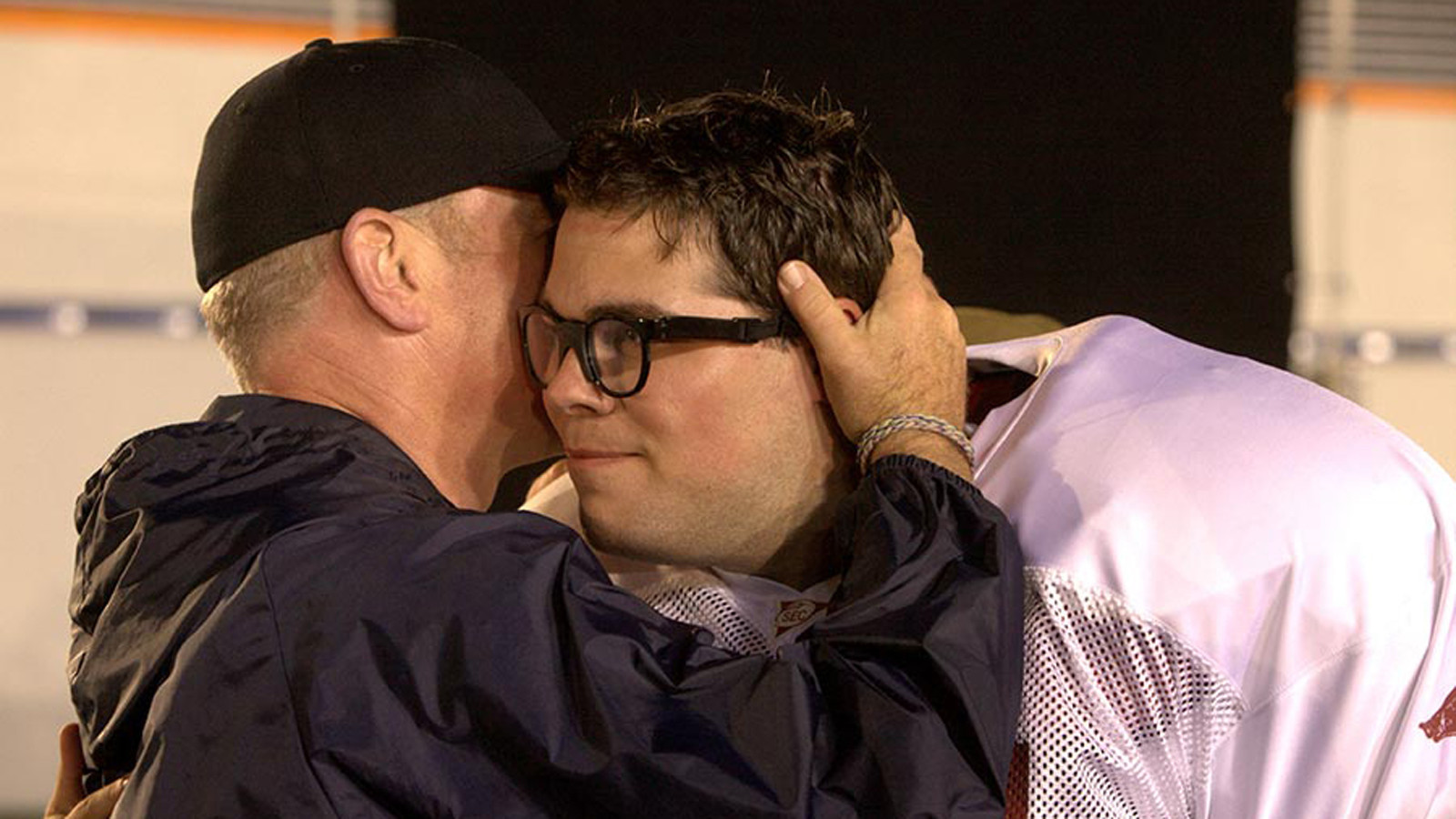 In terms of the “theology” of this film, it is clearly a Christian faith-based film, and it clearly fits a more conservative protestant version that would be consistently found in the state of Arkansas.  The film is less focused on salvation through Christ as other faith-based films are, such as God’s Not Dead, Fireproof, War Room, etc., and instead is focused more about how one’s belief in a loving God effects the character of a person as an explanation for why they do what they do.

Throughout Greater, Brandon Burlsworth does not respond to the insults he endures in kind.  Instead he humbly offers words of encouragement that blunt the verbal attacks of others.  He takes the blame and accepts the consequences for his actions and doesn’t try to deflect it on anyone else.  He is found working hard after hours in the athletic training rooms long after everyone else has gone home.  When the Arkansas coach finds him working out in the dark one night, the coach mentions that integrity is doing what’s right when no one is looking. Brandon’s response is simply “there’s always somebody looking”.  For him, this wasn’t an exercise in religious accomplishments for being a better person.  For Brandon Burlsworth it was the core essence of who he was as it related to his belief in God and his desire to be at the center of whatever divine plan might be laid out for him.

Throughout the film, Brandon is reading the book Pilgrim’s Progress and the film follows the same two-part format as the book in telling this story as a tale of the protagonist’s personal journey, with another story being told of the impact of that journey on the lives of those around him.  This tale is largely told from Brandon’s older brother’s viewpoint, culminating in the final moment following Brandon’s tragic death just a short time after being drafted into the NFL.  His brother Marty has to truly wrestle with the life he saw Brandon lead, and the reason he led it.  It is here that we see what the true impact of one life can be.  One simple google search of Brandon Burlsworth will see all of the ways he continues to impact lives because of the way he lived.  From the charities that exist, to the way “doing it right” is termed “Do it the Burls Way” at the University of Arkansas’ football program, there continues to be an impact. 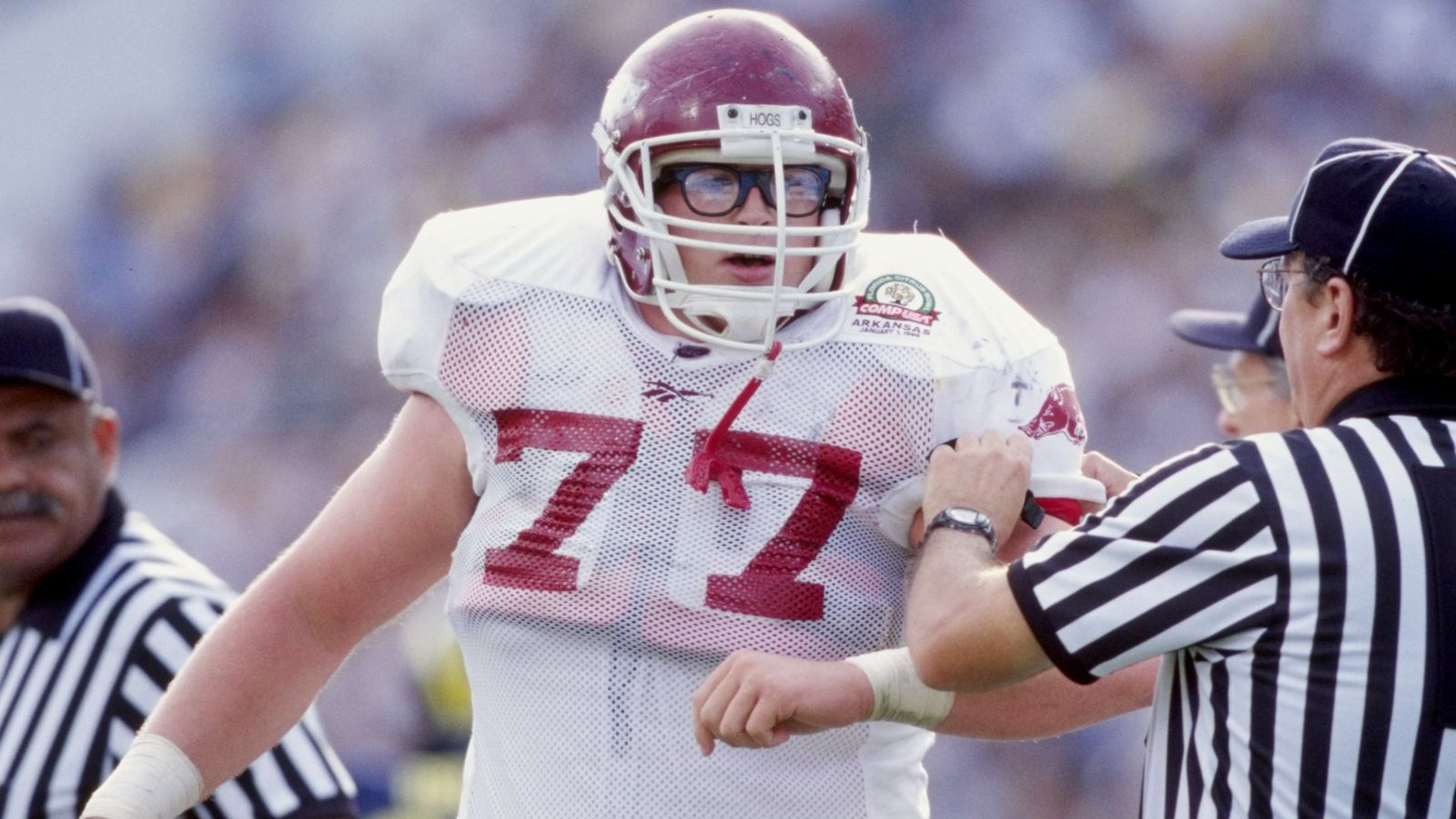 Those who watch this film could easily dismiss the notion of Burlsworth’s faith, saying that there are plenty of people who do great things who don’t share Burlsworth’s beliefs and convictions, and they would be right.  But when you consider the individual named Brandon Burlsworth, you cannot separate the two.  Brandon’s life was a direct extension of his faith, and for this, the film does a good job of showing you that, without having an agenda to force you to believe it.

In many ways, this is just a great underdog story of a man who just happened to have faith convictions, but in other ways it doesn’t sacrifice the latter in order to be the former.  In that way, this may be an example of a Christian-centric film that doesn’t scare away those who have other convictions, even while not shying away from the faith angle either.   Very few films strike enough of that balance and can then either be discounted as propaganda, or on the other end self-help styled nonsense with no foundational assertions.  Greater is the rare film that wears its faith on its sleeve without an axe to grind, and still manages to inspire and entertain without forgetting that its the story of a real man whose legacy continues to roll on, and become greater. 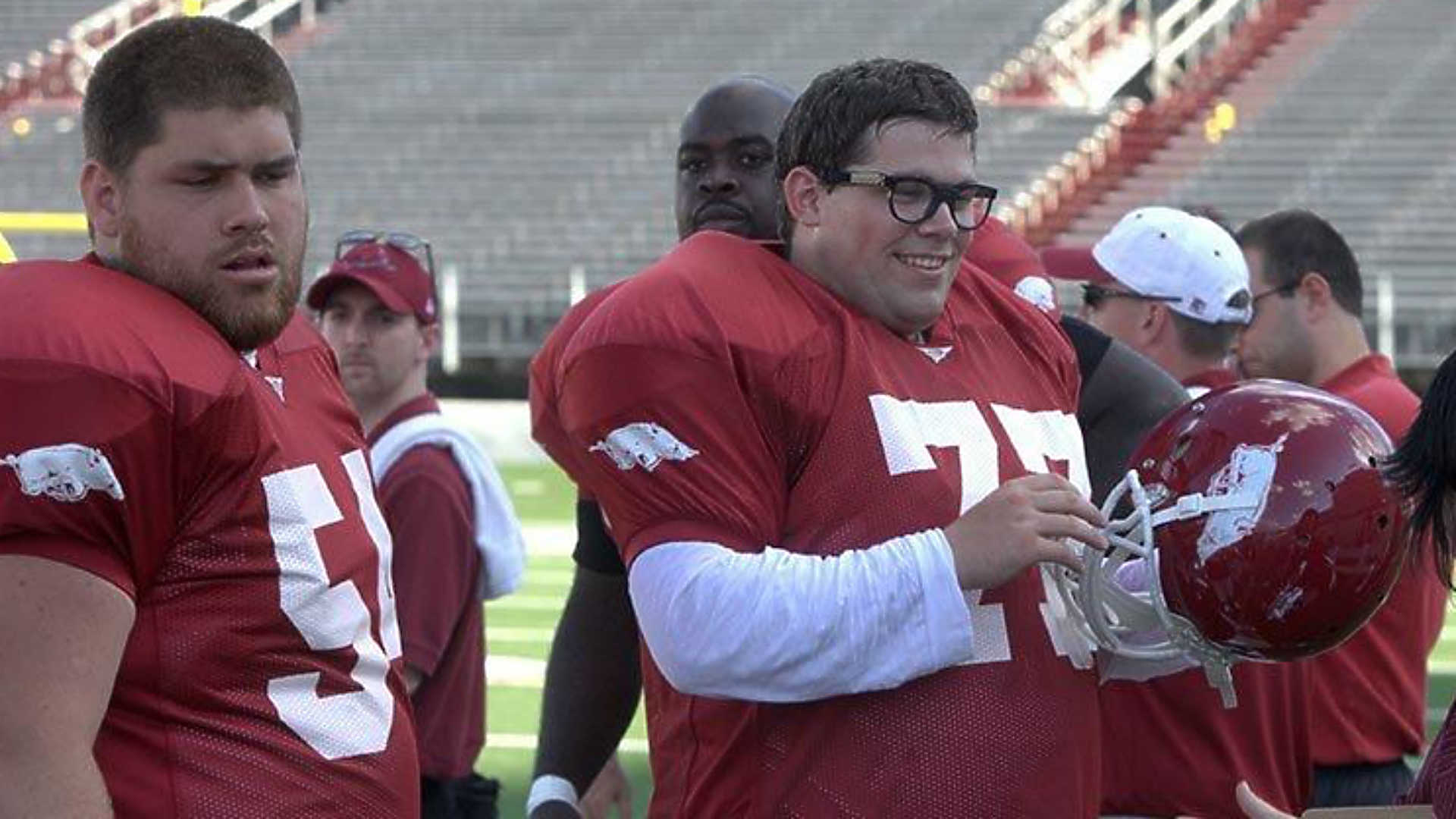