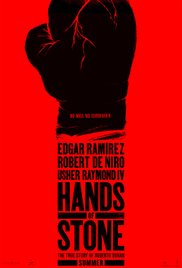 Pound for pound, Hands of Stone is another great boxing movie in the lineage of Rocky and Raging Bull.  Leaning more towards the grit and drama of Scorsese’s Raging Bull but with some added humor, this film really packs a punch.  Director Jonathan Jakubowicz grew up in Venezuela, and is able to convey the mood of the neighboring country of Panama during a time when they were struggling with their own nationalistic dreams and identity as they sought to control the Panama canal after decades of U.S. control.  The fight between the United States’ Sugar Ray Leonard, and Panama’s Roberto Duran, which this film is based on, took on an entirely added political dimension when set against the international struggles going on at the time.  For the fighters themselves, however, it was always much more personal.

Edgar Ramirez plays famed Panamanian boxer Roberto Duran.  The film chronicles his upbringing on the streets as he is seeks to do petty theft to help provide food for his mother and siblings.  He is drawn to boxing and catches the eye of a local trainer, Plomo, who springs him from jail telling him that if he ever gets off track again, he’ll bring him straight back.  Duran listens and begins training.

Duran, at this time is primarily an emotional fighter.  His hands, pack one of the hardest punches (i.e. Hands of Stone for the movie’s title), but he doesn’t consider anything outside what is happening hear and now.  There is no game plan or strategy to what he does.  So far he has gotten by on his own, but his trainers, including Carlos Eleta (Ruben Blades) know that he needs to develop that aspect of his game if he is going to go further. 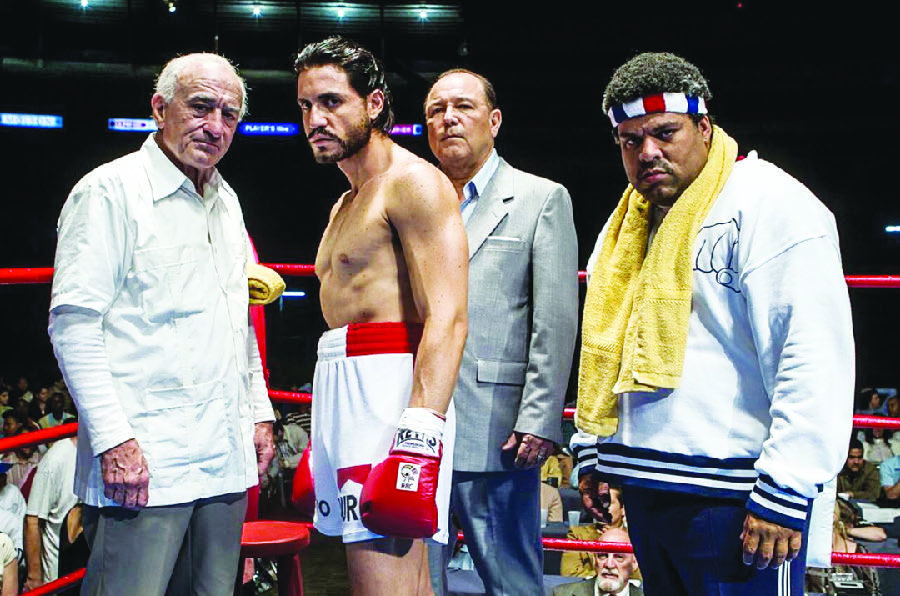 Enter famed boxing trainer Ray Arcel (Robert De Niro) who had been run out of the sport, barely escaping with his life, after defying the wishes of the New York mob, led by Frankie Carbo (John Turturro), who wish to keep boxing centered in New York against the vision of Ray who is trying to broaden the appeal of the sport through television, into other markets.  He is told that if he makes another dime from boxing, he’s a dead man.

Hands of Stone kicks off the fall movie season with a strong and layered story of a boxing match that meant more than just the fight going on between two men.  It stood in as a surrogate to the politics between two nations, and a place of redemption for not just each fighter, but for those involved in their lives as well.

Arcel likes what he sees in Duran, and agrees to train him for free (can’t kill him if he isn’t making money off of the deal, right?).  Duran, however, doesn’t like the idea of being trained by an American, especially after holding a grudge against America for his American father abandoning his mother, and because of the volatile political situation going on over the Panama Canal. 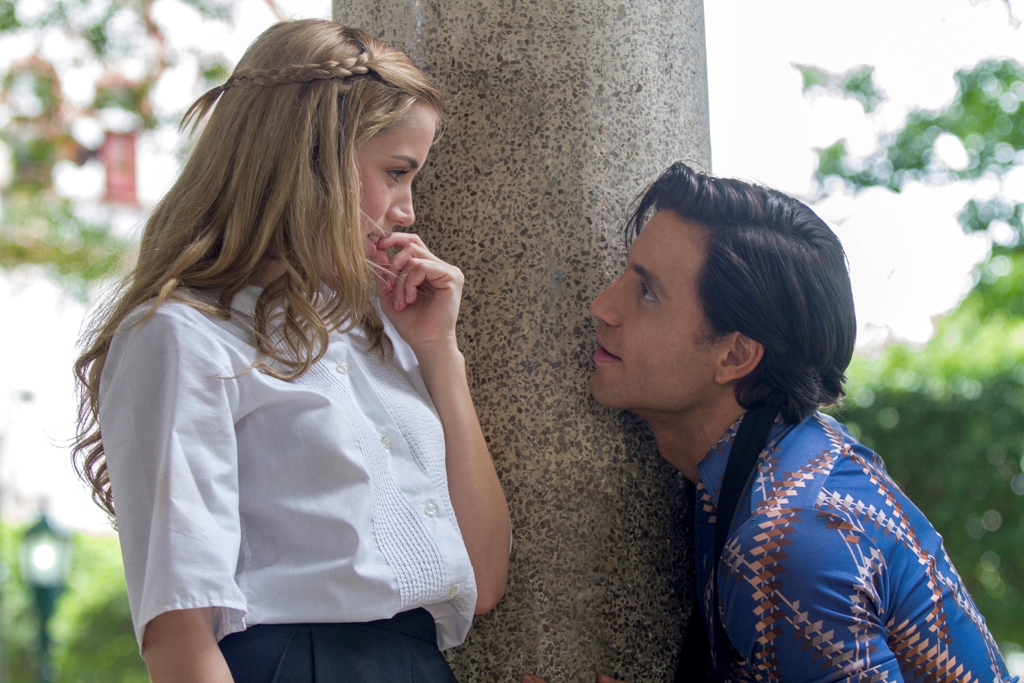 Ramirez gives an inspired performance painting the many complicated shades of Roberto Duran.  Most compelling is his relationship with Arcel as both men are approaching their roles from very different vantage points.  Arcel is all about strategy and “sticking to the plan”, and Duran is about standing up to any challenge.  They have much to learn from each other, and both Ramirez and De Niro display a wonderful chemistry to bring this relationship to life.

Ana de Armas is also very good playing Felicidad Iglecias, Duran’s love interest and eventual wife, whose support is the backbone to everything Duran is building, even when he doesn’t realize it.  Ellen Barkin has a nice supporting role as Ray Arcel’s wife, and John Turturro is strong in his role as the mob boss whose thumb Arcel is under.  The relationship and interactions between De Niro and Turturro are worthy of their own film, but work well in the broader context of this story. 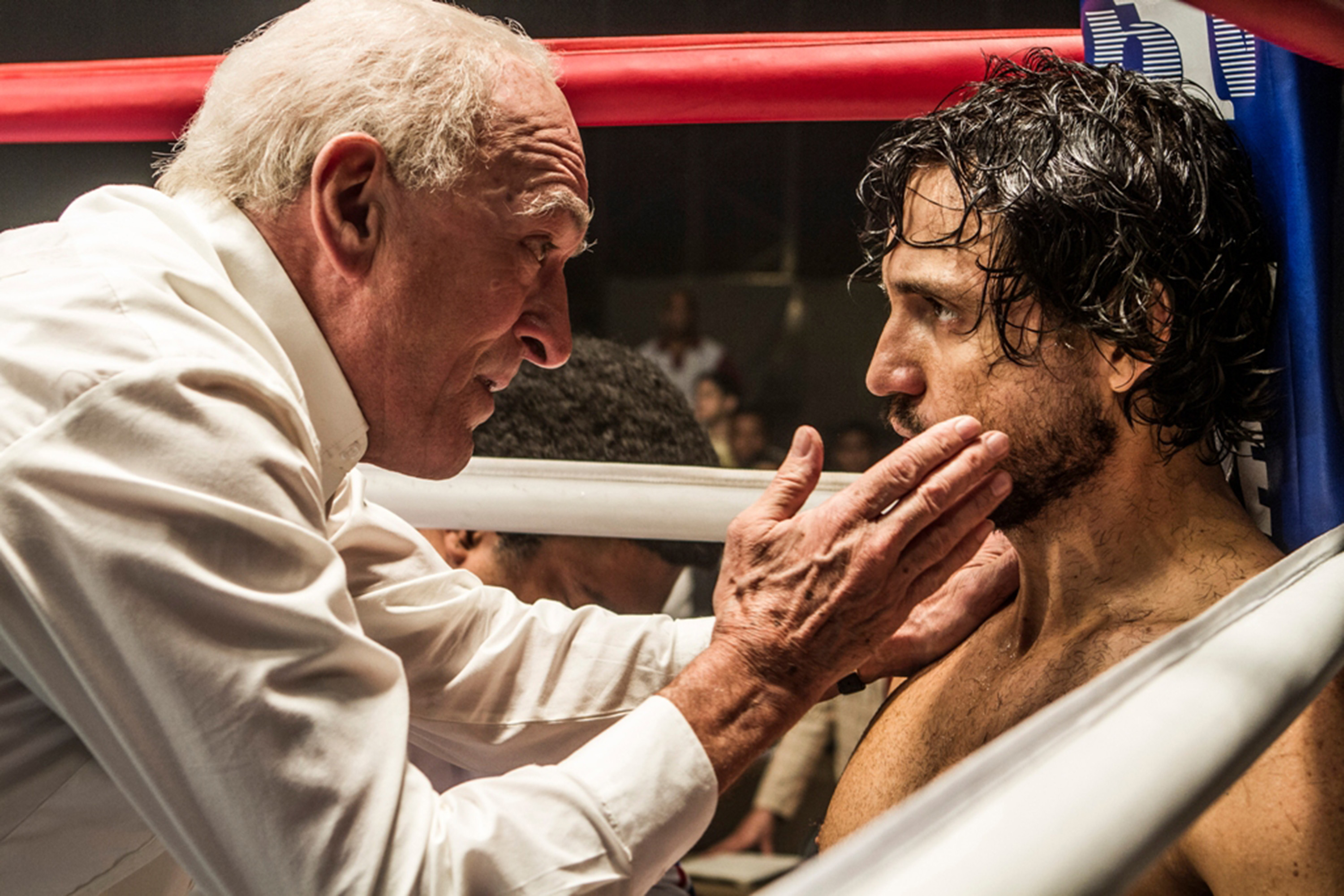 One of the real nice surprises is Usher’s portrayal of Sugar Ray Leonard. At first he is cocky as the world champion, but he is also loving towards his wife, and friendly outside of the ring with other boxers.  Duran follows Arcel’s advice to have a long-term strategy and immediately goes for the jugular by playing psychological games with Leonard that disrupt him enough to cost him the title.  Usher shows the mental transformation that is needed by Leonard to prepare for a rematch, without losing the endearing qualities he has displayed earlier. Both Usher and Ramirez do a good job of going toe to toe with each other, both inside the ring, and outside it as well.

Hands of Stone kicks off the fall movie season with a strong and layered story of a boxing match that meant more than just the fight going on between two men.  It stood in as a surrogate to the politics between two nations, and a place of redemption for not just each fighter, but for those involved in their lives as well.  Jonathan Jakubowicz has delivered a gritty boxing movie that is able to also be a human interest story that extends well beyond the ring.  It is also the largest opening for a Latino-based film, and is being championed all over Central and South America, potentially developing a very large and diverse market for Hollywood studios to appeal to.  Hands of Stone will deliver a knock-out hit, if people get into the ring to see it. 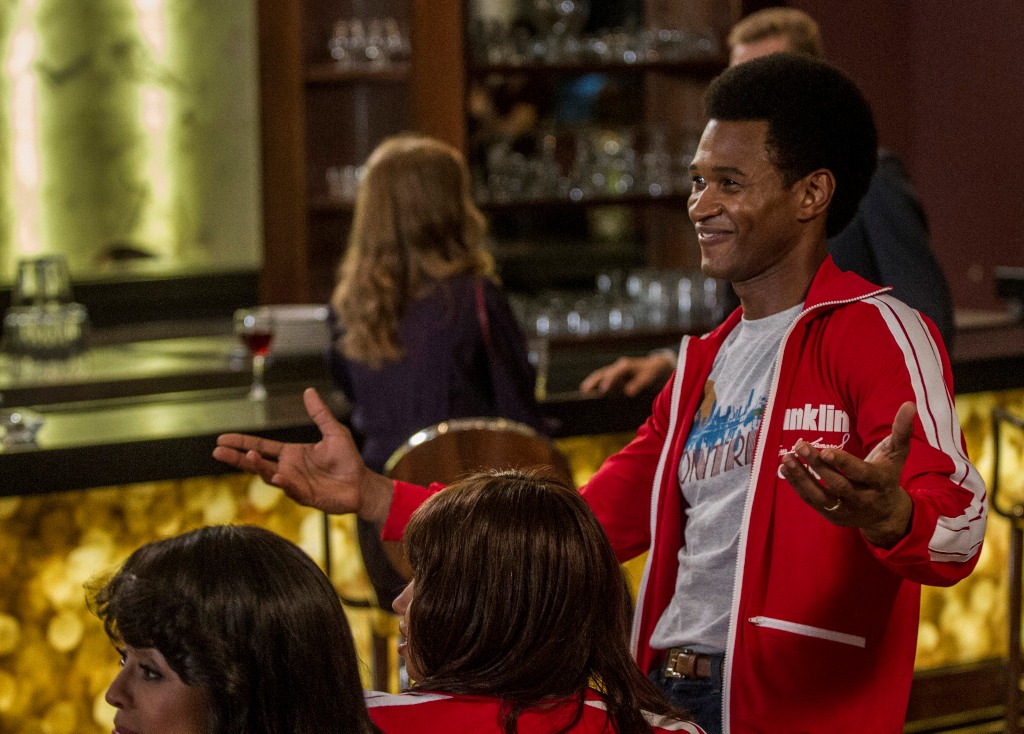