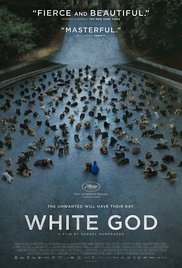 Hagen, the beloved mutt of a young Hungarian teen named Lili, finds a city full of horrors when he is abandoned in Budapest and must fend for himself. Hagen, played by the dogs Luke and Body, is terribly convincing as he wanders from one bad situation to another. Hagen’s journey, spent evading dog catchers and in dog fighting rings, is harrowing and may prove too intense for some animal lovers. Half of the film is told from Hagen’s perspective, and in Hagen’s scenes director Kornel Mondruczo films close to ground level to give us a dog eye’s view of the world. We sympathize with the creature which proves significant when we are asked to identify with a violent choice the dog makes in the third act.

Half of the film follows Hagen while the other tells the story of Lili who is forced to live with her divorced father while her mom takes a long business trip. Lili’s father, who is ill-equipped to care for his teen daughter and lives in a tiny apartment, forces her to leave Hagen by the side of the road when the stress of caring for the animal starts to overwhelm him. While the dog has harrowing misadventures, Lili quietly struggles with her alienation from her father and the world at large. While the dog’s story is colorful and involving, Lili’s journey is mundane, but convincing. Zsofia Psotta, who plays Lili, and Sandor Zoster, playing her father, believably portray the desperation and alienation with which their characters are struggling.

“White God” is such a unique experience that fans of weird cinema and adventurous filmmaking should not miss it. Its creepy scenes of a roving dog gangs, unaltered by CGI, are unlikely to be matched in the near future.

The two stories converge in the third act when Hagen chooses to stop being abused by the world and running away. He commits a brutal act of defiance in the sight of a large group of strays and it whips them into a raging frenzy. They begin a rampage across Budapest that is an audacious storytelling turn. The film has a hard time selling this pivot into the creature feature realm when it has been passing as a work of gritty realism. The two disparate parts don’t mesh easily, but the audacity of the move is certainly unexpected. Your mileage may vary depending on your level of horror fandom and your desire for novelty. 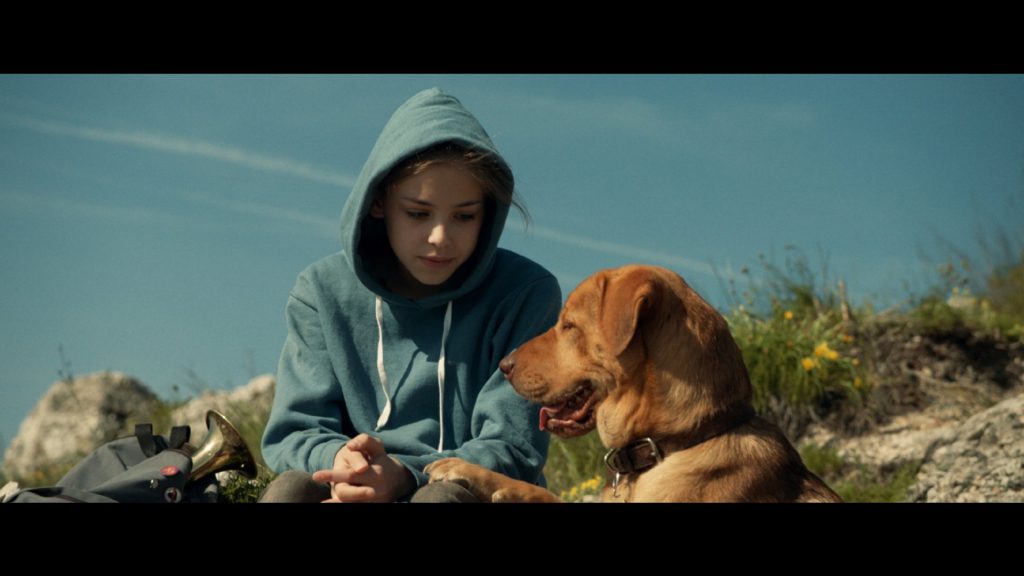 The film’s significant pivot also arises out of the it’s political message. The harsh treatment of the mutts is supposed to be akin to the anti-immigrant sentiments running throughout present day Europe, and the animal uprising is to serve as a warning to European viewers to examine their prejudices before hatred begets violence.

Contemplating the off-the-screen logistics of creating this film adds to its allure. Two hundred fifty shelter dogs were used in the making of White God, and some of them, like the stars Body and Luke, are uniquely charismatic performers. When large groups of the dogs move in unison down deserted Budapest streets, it makes for some striking imagery. White God is such a unique experience that fans of weird cinema and adventurous filmmaking should not miss it. Its creepy scenes of a roving dog gangs, unaltered by CGI, are unlikely to be matched in the near future.