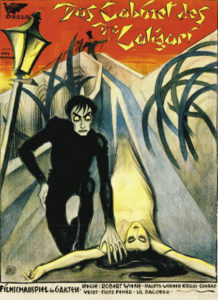 The 2015 Wisconsin Film Festival (April 9th – 16th) continued for this film fan with yesterday morning’s showing of Kino Lorber‘s recent 4K restoration of the German silent classic at Madison’s historic Capitol Theater, accompanied live on the theater’s magnificent Grand Barton Organ by keyboard wizard David Drazin. Watching, for the umpteenth time, these nightmare visions of post-WW1 Germany unspool before my delighted eyes, the film has never looked better, with a visual clarity and crispness that made this viewer feel as if he had magically time-traveled back to the film’s premiere in February 1920 and was seeing the film for the very first time. 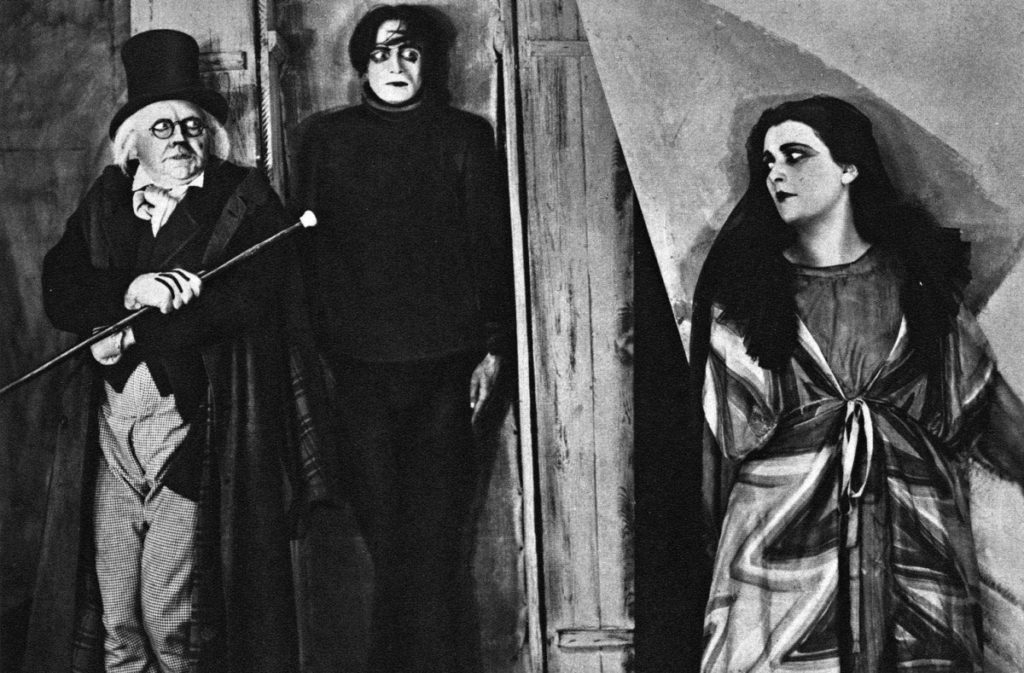 Having first seen Caligari in the late 90s on a scratchy, mutilated print, without musical accompaniment, and then later obsessively re-viewing the indelible Expressionist images on videocassette, my over 15-year impression of the movie has been one of antique horror, a fever-dream of remote historical impact similar to that of the terrifying (for me) stereopticon, pump organ, or swivel stool. (My mother, in fact, had a room devoted to these latter vintage objects in the house I grew up in, thus my association of the film with my childhood fear of antiques.) Now, being able to see details in the famously-exaggerated set design and subtleties in the characters’ expressions and performances that had previously been obscured by blotches, tears, and graininess, the terrifying dream-vision of yesteryear has given way to a much more modern-seeming and visually-powerful screen horror.

The tale of a mysterious sideshow carnival exhibitor, Dr. Caligari (Werner Krauss), and his hypnotic hold on a cabinet-kept sleep-walker, Cesare (Conrad Veidt), whom the not-so-good doctor uses as an instrument of murderous revenge in the sleepy German village of Holstenwall, is undoubtedly familiar to legions of film fans, along with the film’s famous ‘twist’ where the entire story is revealed to be the fantasy of the institutionalized madman, Franzis (Friedrich Feher). Alternately seen as an allegory of tyrannical authority or as a tale of the macabre accurately reflecting a deranged psychological condition, the political and social interpretations of the film – in which Caligari emerges as a proto-dictatorial figure presaging Adolf Hitler and the somnambulist Cesare becomes the easily-controlled automaton representing the German state – benefits, of course, from the unfair advantage of hindsight, but does little to explain the hold and fascination the film has exerted on viewers for nearly 100 years. 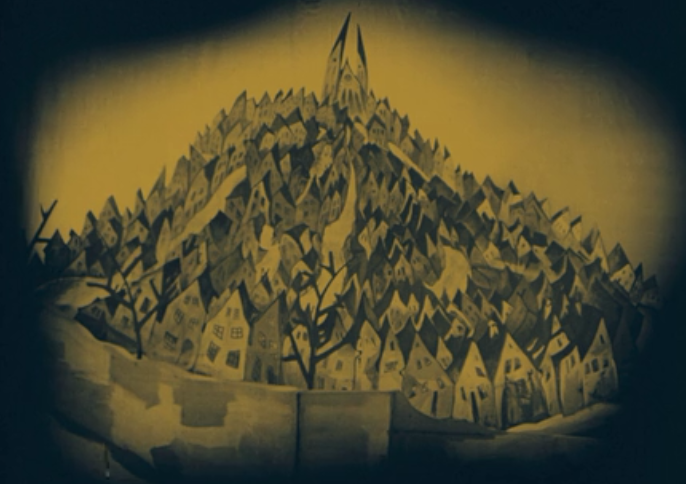 During this viewing, what struck me most was the legendary set design of Hermann Warm, along with his associates Walter Reimann and Walter Röhrig, which with its jutting angles and distorted, disproportionate lines – an establishing view of what one would presume to be a picturesque little town is rather twisted and gnarled into a frighteningly off-kilter hellscape – creates and reshapes reality according to the fantastic nature of the story, characters, and themes presented. Indeed, it was perhaps my enthusiasm for this very aspect of the film, where the technique so explicitly foregrounds the manner of its telling, that first made me realize the power of movies to actually alter a viewer’s sense of place and time and, again, mentally transport the viewer to another place and another time. All good movies do this to a certain extent – one surrenders to a director’s vision of the world for 90 minutes, for instance – but for a film to alter reality to the extent that one time-and-again falls under the eerie spell of a black-clad somnambulist slowly emerging from a coffin-like cabinet at his sinister master’s command is, for an art form then-less than 30 years old, rather special. 95 years later, I’d venture that we as film viewers still remain under Dr. Caligari‘s spell  otherwise why would we continue to subject ourselves to it on DVD, Blu-Ray, and at film festival screenings?

Further altering reality, then, are these marvelous screen restorations which in effect reshape our experiences of much-loved movies to the exact specifications of their original presentation. The wish of every film fan and enthusiast who think they have “seen it all”, I think, is to go back and recapture the feeling of what it was like to see a cherished, favorite movie for the first time. Thanks to the Wisconsin Film Festival, a perfectly-set score by organist David Drazin, and a beautiful restoration of an always-potent classic film, I kind of feel like I have. 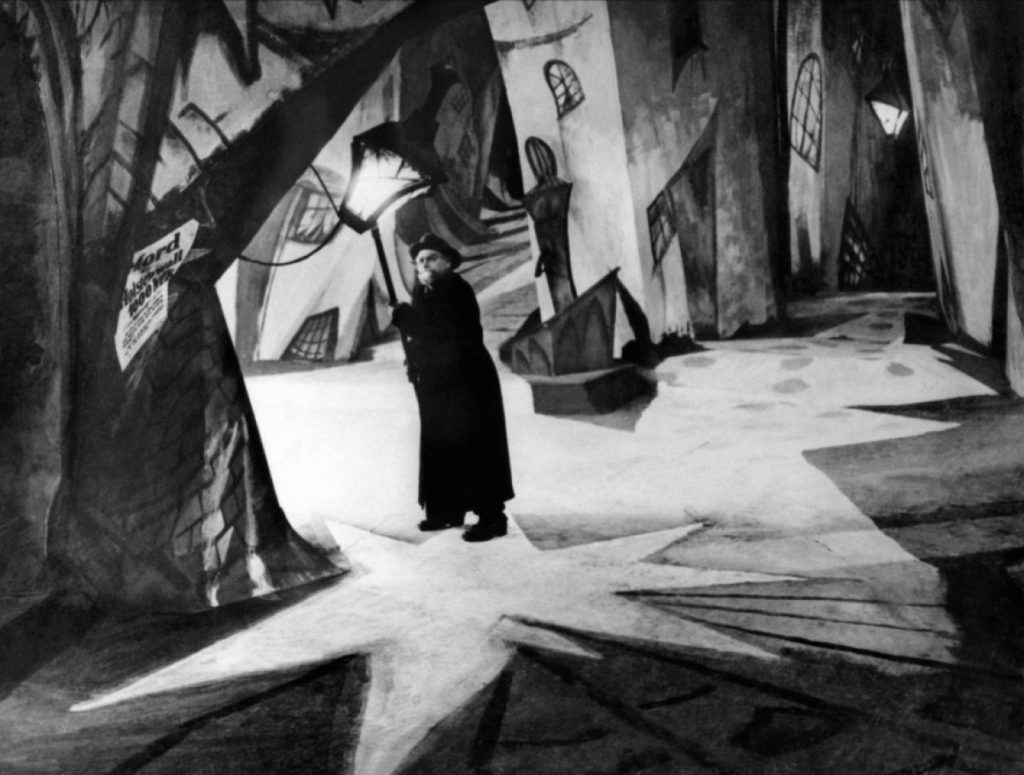