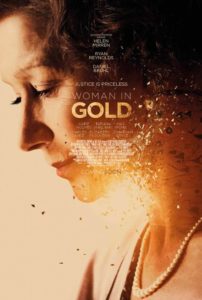 Woman in Gold tells the true life tale of Maria Altmann, played here by Helen Mirren (Red, Hundred Foot Journey, The Debt).  When Maria’s sister passes away, they discover a series of letters and other documents that leads Maria to seek out a lawyer to try to reclaim some of her family’s art that is in the possession of the Austrian government.

The most prized possession is a painting by renowned Austrian artist Gustav Klimt, dubbed “Woman in Gold”, but its subject is more personal to Maria than the priceless painting.  The model for this piece was Maria’s aunt, Adele Bloch-Bauer, who died at the age of 43 when Maria was young herself. What makes this a much more personal matter for Maria is that the art work was stolen from her family by the Nazi’s who had invaded her original homeland just prior to her fleeing with her husband for Los Angeles.

In the late 1990’s, the Austrian government started reviewing cases according to their own Art Restitution Act, in order to reunite stolen works of art from the third reich, back to their original owners.  As Maria Altmann’s case moves forward, it seen to be more of a good PR move, given the miles of red tape that is put in her way by the Austrian government.  It is remarked that the Klimt painting is regarded as “the Mona Lisa of Austria”, and by the way that the gallery, who owns the painting, as well as the Austrian government, fights Maria for its possession, it must be true.

Simon Curtis directs this film after having spent most of his career doing television movies.  The film itself plays often like a made-for-television movie and is one of the weak points of the film.  We are constantly given flashback scenes of Maria’s life in Austria along with the arrival of the Nazi party.  Things are played rather safe with a clear cut direction of where this is all heading, but thankfully the cast is able to elevate an otherwise mundane script.  The courtroom scenes are made-for-TV fare, especially the treatment of the U.S. Supreme Court justices. 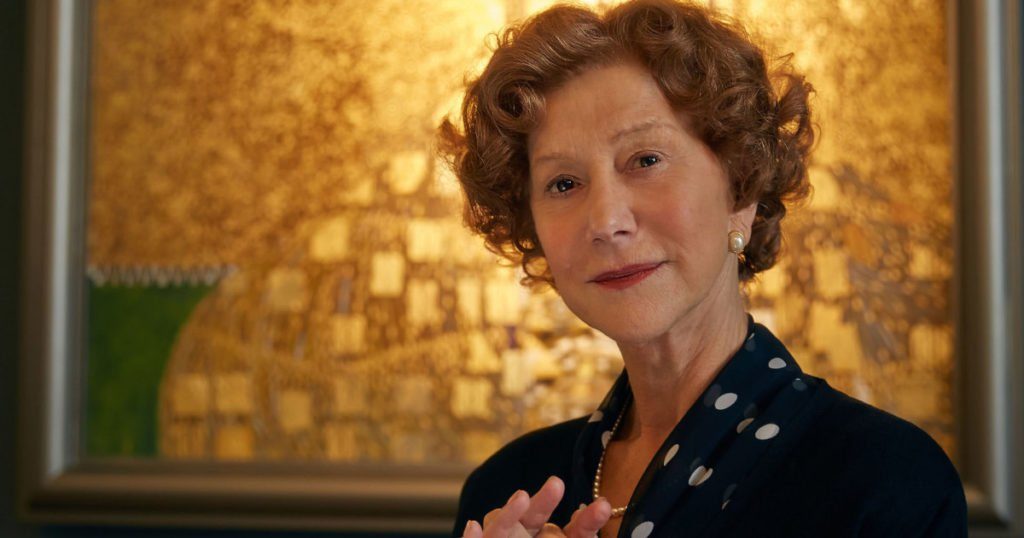 Helen Mirren shines as always, and surprisingly so does Ryan Reynolds, who has toned himself down tremendously for his character of Randol Shoenberg, Maria’s unlikely lawyer.  Shoenberg has a great family legacy but has struggled to find his own identity.  Having won a new job at a prestigious law firm, and with a child on the way, he uses up a lot of good will with his new firm to take Maria’s case to Austria to see what can be done to help her out.  He is as green as they come, and the fact that this case eventually is heard by the United States Supreme Court, is a testimony to his tenacity, and belief in their case.

Daniel Brühl (Rush, The Fifth Estate) is solid playing an Austrian journalist who is sympathetic to Altmann’s case and is willing to help her get around the system that is working against her. Look for other appearances such as Katie Holmes playing Ryan Reynold’s wife, and also Jonathan Pryce showing up as the Chief Justice of the Supreme Court. 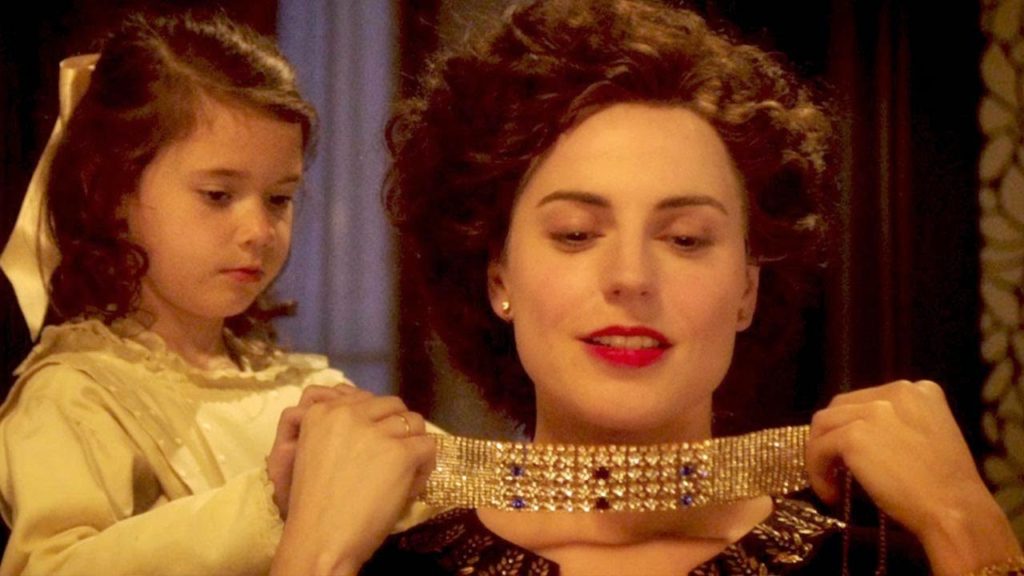 The central theme of this film is not really Maria Altmann’s pursuit of her family’s possessions, or the drive to reconnect with her favorite aunt via the painting.  It is more a film about justice.  There are many levels to this notion throughout the film.  This includes justice for Maria’s family to reclaim their stolen possessions, and for the Austrian government to truly live up to the intent of the Art Restitution Act despite the cost to its national identity bound up in Klimt’s Woman in Gold painting.  No, the real message is justice from the systemic evil that exists in the human heart that would cause one person to harm another.

This is seen clearly in the evil deeds of the Nazis who systematically murdered over 6 million Jews and millions more enemy’s of their state.  But what Woman in Gold does get right is its acknowledgment of the more subtle injustice playing beneath the surface.  The injustice of prejudice and hatred that keeps things “as is” rather than moving forward with true healing.

Austria’s passing of the Art Restituition Act was a great idea, but not when its process is used to give the aire of legitimacy while denying its premise in practice.  Also the gallery’s stubborn addiction to fight this request of Altmann’s in court, regardless of cost, is summed up by the curator of the museum who snarls at Mirren’s character, “why won’t you people (Jews) ever learn?”.  The “us vs. them” mindset that is still present so many years later.  We see it in the increasing anti-semitism in Europe today, as well as the subtle racism still present across America.

Woman in Gold clearly portrays this and casts Altmann’s struggle, not as a pursuit of “what’s hers” (especially since the painting is worth over $110 million dollars), but rather “what is right”. And while it is rather vanilla in its script, the talented cast and true-life tale does elevate the material and create a heartwarming story that most people will be drawn to.