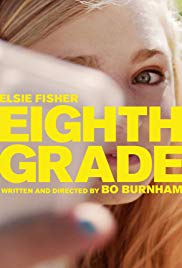 If you have been paying any attention to the accolades for the film Eighth Grade, then be prepared to know up-front that they are all well-deserved.  In his feature film directorial debut, writer/director Bo Burnham has delivered one of the most authentic films that uniquely captures the junior high experience.  While this story is specific to an eighth grade girl named Kayla, played wonderfully by Elsie Fisher (McFarland USA), the film hits beats that continue to resonate in all of our lives, no matter how old we might be.

Kayla (Fisher) is a shy, introverted young girl who quietly navigates the awkward pubescent halls of her junior high school.  While social interaction is happening all around her, Kayla seems unable to to be a part of it, though it is clear that she is starving for the social connection of her peers.  Outside of school, Kayla projects the confidence of the all-american teenager as she makes a series of YouTube videos, of which there are hardly any viewers, where she gives “how-to” advice that doesn’t seem to match her daily experience in school.  Topics include how to have more confidence in awkward situations.  how to make friends, how to apply make-up, and more.  She ends with her confident hand sign and a shout out, “Gucci”, but as soon as the video is over, she awkwardly heads back into to her introverted shell. 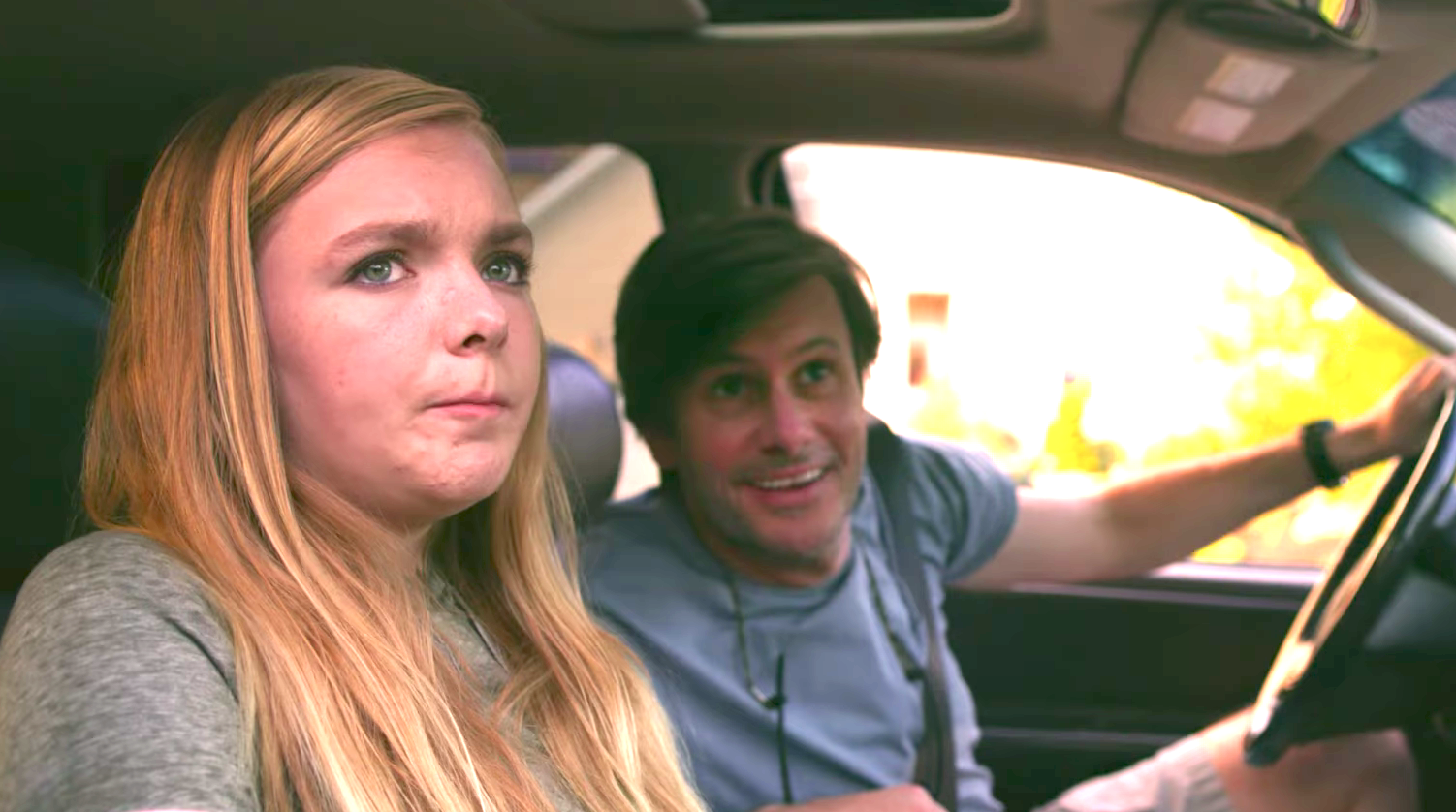 Her father Mark, who is played by Josh Hamilton (Frances Ha, With Honors), is a supportive and loving father who naturally gets the brunt of Kayla’s bottled-up teenage angst.  While he is proud of who she is, and the videos she makes (she rolls her eyes when he praises her for them even though he might be one of her only viewers), she is slowly withdrawing from the relationship they used to have.  Now dinners are spent with him trying to pry her into telling him about her day, sharing a laugh and the like, all-the-while she is plugging her ears up with her earbuds as she listens to the latest popular music and plays on her phone. 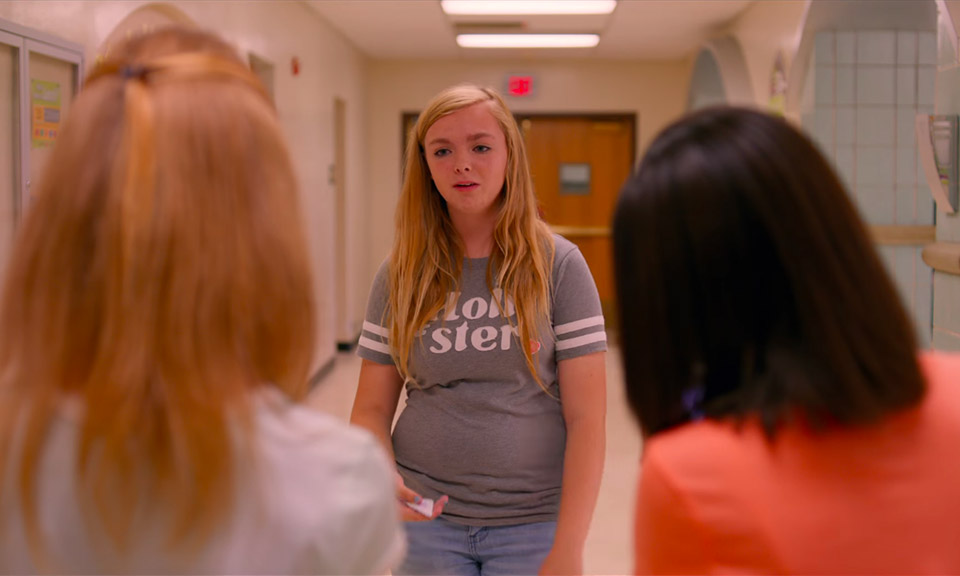 When Kayla is invited to a pool party by the mother of one of her classmates who really is angling for Mark, at the behest of that same classmate who can’t stand Kayla, she must make a decision.  Will she try to take her own advice that she dishes in her YouTube videos, or will she continue to foster this invented persona for her non-existent YouTube audience?

The journey Kayla is on perfectly captures the awkwardness that all junior highers feel as they are starting their journey of breaking away from being their parent’s child and exploring who they truly are as they make their own decision and try to navigate the social constructs of society, especially in the microcosm that is junior high.  But this is a journey that never really goes away.  It only gets more complex.  The desire for true, authentic friendship, for a group of people who truly “get” you, is something that everyone desires, at every stage of life.

Kayla’s desire for these things often puts her at great risk as she ignores all of the sound advice she has been given by her Dad growing up, and that she knows inherently, yet we watch her becoming the possible worst version of herself for the hopes of grasping some idealized facsimile of what she truly longs for.  For her Dad, it is painful to watch the child he loves slipping away into increasingly darker and darker days without being able to communicate with her about her need for help.  Even though he tries to reassure her, she increasingly builds a bigger wall between them.  So often, we push away the people we truly need the most.

Kayla eventually finds herself on a High School shadow day where she follows around the ultra-popular, friendly Olivia (Emily Robinson) who not only authentically takes Kayla under her wing, but allows Kayla to become a part of her peer group, despite the four year age gap.  While Kayla finds a world where she could truly belong, it comes at a much higher price than she might be ready to pay. 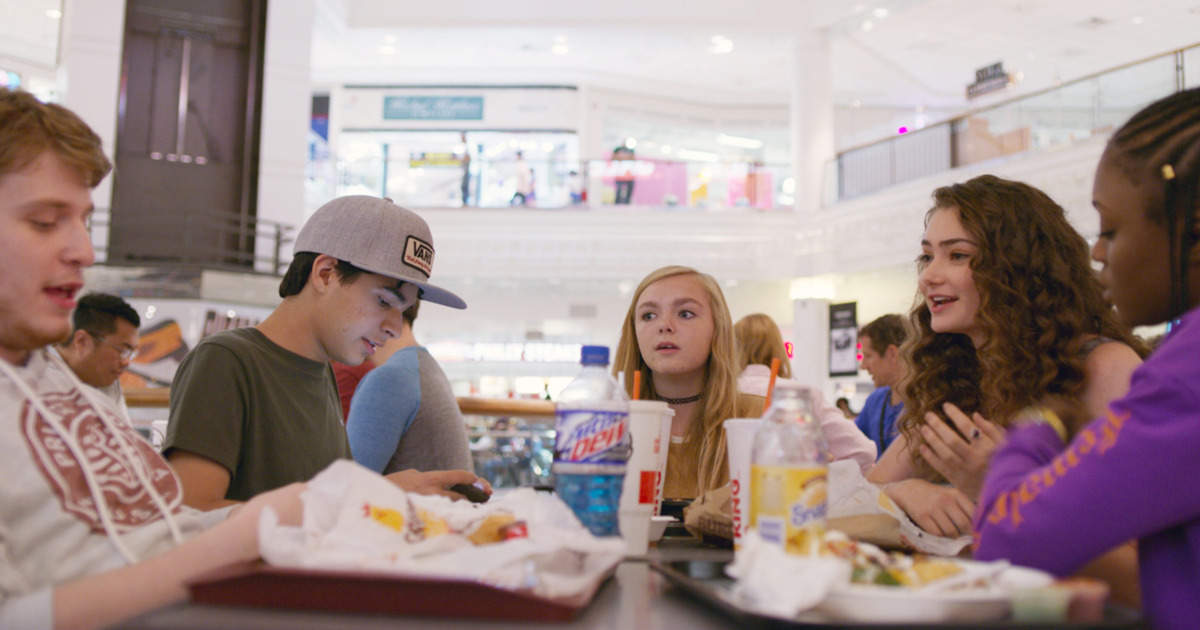 As a father of an incoming junior high girl, I felt every emotion of Josh Hamilton’s Mark, as he loves his daughter immensely while trying to navigate the choppy waters of how much to let her try to swim on her own without being so protective that they never truly learn.  As a teacher of high school, I saw the social exchanges of these adolescents as they navigate an increasingly hostile peer environment made even more intense by the reach of social media, and teenager’s devotion to that 24/7 world of potential connectivity.

While the world of Snapchat, YouTube, and other social apps provide opportunities for more connection with our friends, it also has compounded issues related to acceptance and self-worth.  Are the number of “friends”, or “followers” on my social media platform indicative of my worth as a person?  Can one video or picture that is viral-ly shared among my peer group shatter my entire future?

These are real issues that have real-world consequences, and not just the stereotypical eye-roll inducing reactions of older generations towards Millennials and the upcoming adolescent generation.  Eighth Grade is a perfect microcosm of that world as it exists right at this moment, but it deals with the issues that we all deal with in a way that is timeless.  This is a must-see film, and an incredibly strong debut film. 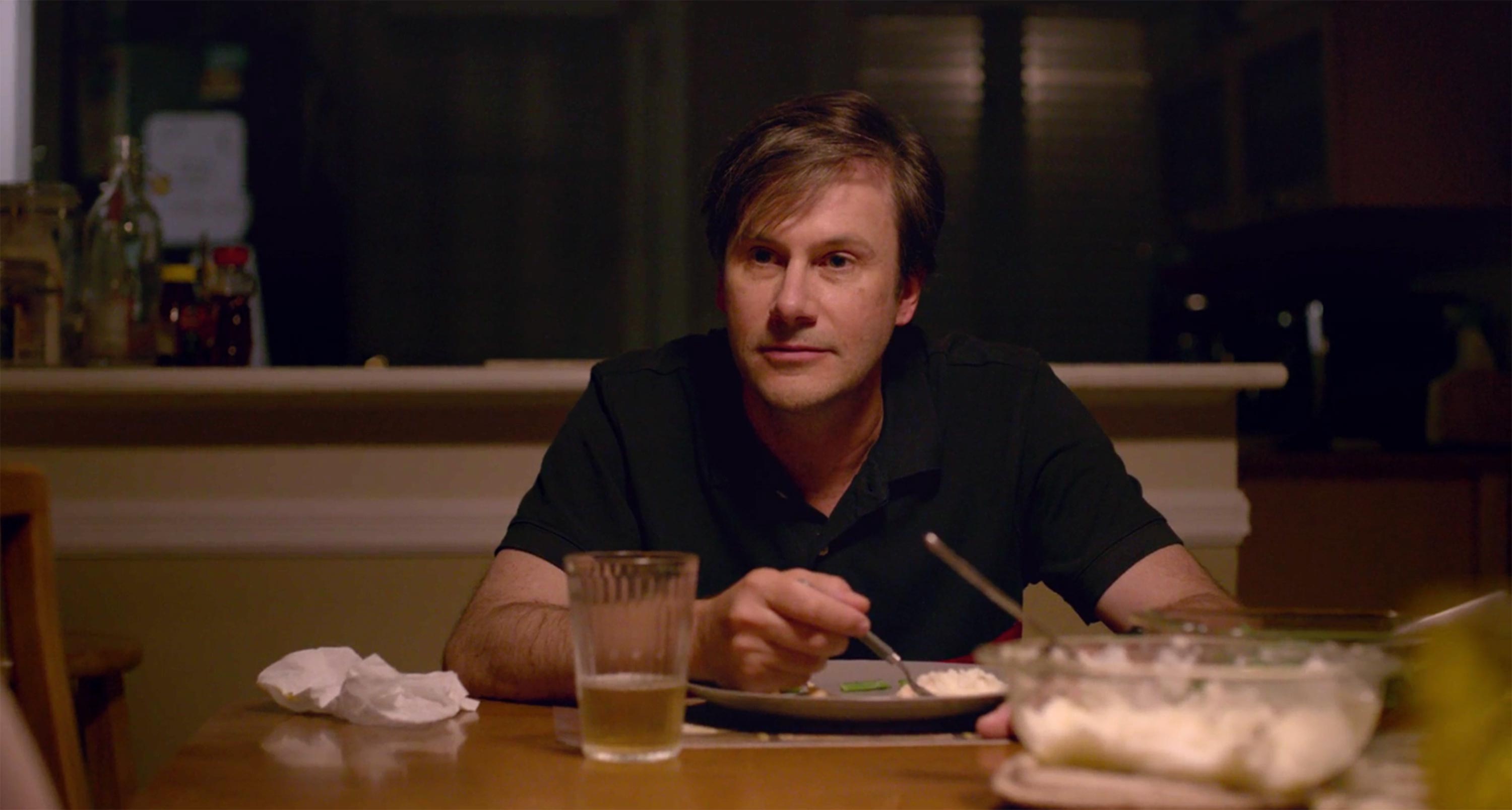