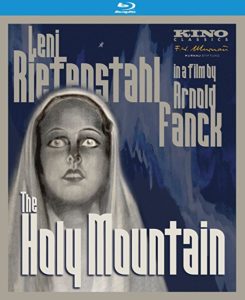 There’s an immediate grandeur to any well photographed realization of perilous mountain terrain.  In the mid-1920s, landscape-favoring artists from Ansel Adams with his Parmelian Prints of the High Sierras to J.B.L. Noel’s film chronicle of Andrew Irvine/George Mallory’s big climb, The Epic of Everest, saw fit to proclaim the massive beauty in stark, majestic, black and white tones.

In this era, German director and former geologist Arnold Fanck combined his love of natural formations and filmmaking to embark upon what would become a unique niche in cinema, “the mountain films”.  Taking a dedicated cast and crew up a treacherous climb to make a movie became quite de rigueur back then, no doubt racking up more current-day OCHA violations in the first few hours of production than Tom Cruise’s entire stunt resume.  But this wasn’t just the silent era; it was the silent era, in Germany.  Meaning, filmmakers more commonly leaned into audacious madness.  And everyone else did what they’re told.

Are Fanck’s “mountain films” fascist?  This is a pre-existing discussion.  They were popular, promoting a return to nature, a rejection of the society-driven Weimar era.

In all seriousness, though, The Holy Mountain (Der heilige Berg) may not be the first of these mountain films, but it did serve to popularize them, due in no small part to its discovery and showcasing of the face, body and talent of one Leni Riefenstahl.  Riefenstahl would go on to become one of the most notorious filmmakers in cinema history, known for directing the most egregious of Nazi propaganda, the influentially precise Triumph of the Will (1935) and two Olympia films (1938).  The Holy Mountain, though, finds her but a young woman, at the beginning of her elsewhere-documented wonderful, horrible journey. 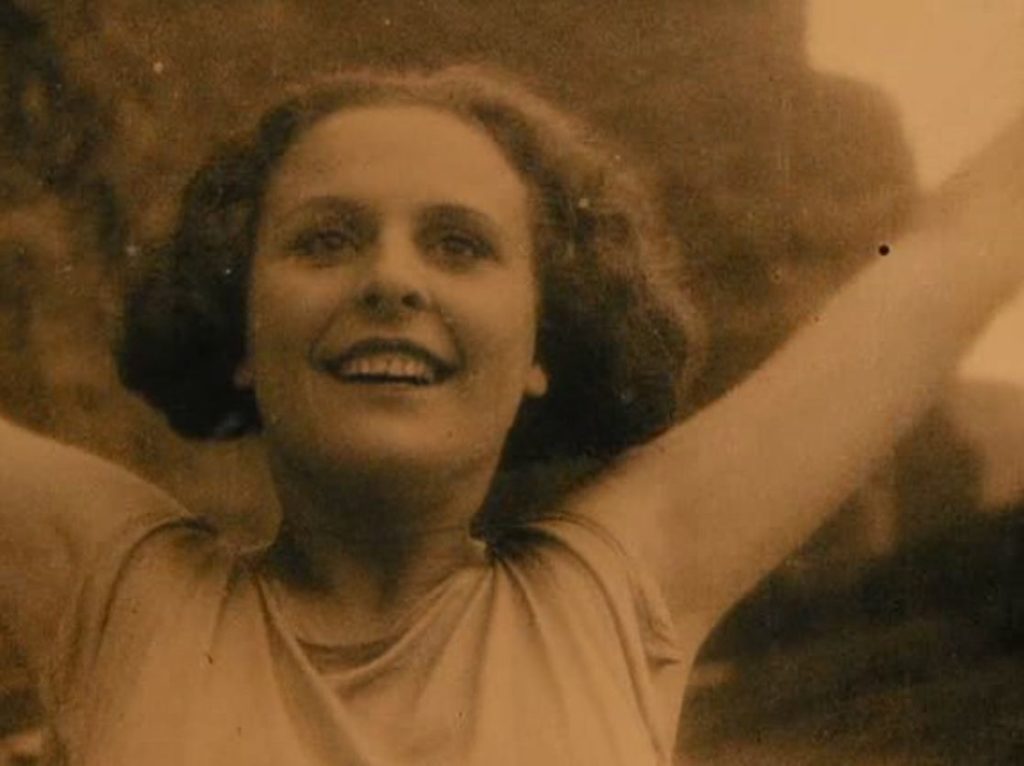 Riefenstahl, then a purveyor of modern dance, swishes and jaunts her way through her first starring role on screen.  As an actress, she is not remarkable, but she does wield a presence in her mainly reactive role as “the girl” in the movie.  She would continue to work with Fanck, learning from him how to be a filmmaker.  Which might explain the sense of contrived reality that is so present in her own documentaries. 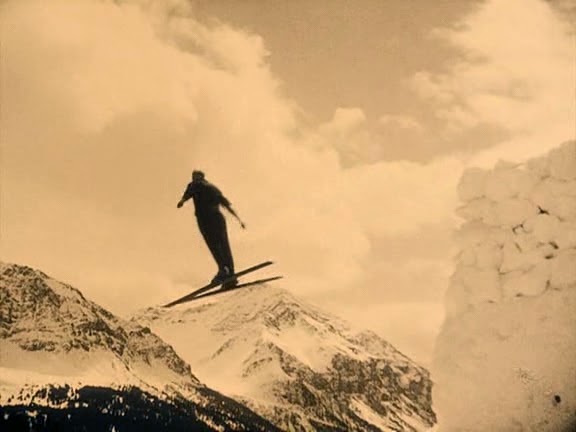 Somewhat documentary but mostly narrative contrivance, it’s fair to wonder just what The Holy Mountain actually is.  Though there is a story of sorts, the prime focus is always on mountainous activity.  For long stretches of screen time, everything else pauses while Riefenstahl dances, or while skiers soar in slow motion, or snow simply billows off of precipices.  To paraphrase intellectual country singer Kris Kristofferson, The Holy Mountain is partly truth, partly fiction- a skiing contradiction, if you will.

Filmed in part on the actual Santo-north face, the compelling climax of the film features the love of Riefenstahl’s character’s life, and another man who’s infatuated with her, embarking together up the most dangerous side of the mountain.  In intentionally soft black and white dreamlike images, we see their fate play out.  There’s a race against time to save them, as well as the question of how long one man can hold the rope of his fallen fellow traveler- the only thing keeping the man from falling to his doom.

The Blu-ray features an audio commentary track by film historian Travis Crawford- a well spoken, continuous, and solidly researched effort.  From this commentary, he explains that the term “fellow traveler”, would come to be a German term for being sympathetic to, but not a part of nazism.  Apparently, this description would apply to Fanck once Hitler would rise to power.  As for this 1926 film, well predating any of that, though featuring Riefenstahl front and center, one can’t help but think about the coming Third Reich, and wonder if somehow the seeds of their sympathies are somehow evident on screen. 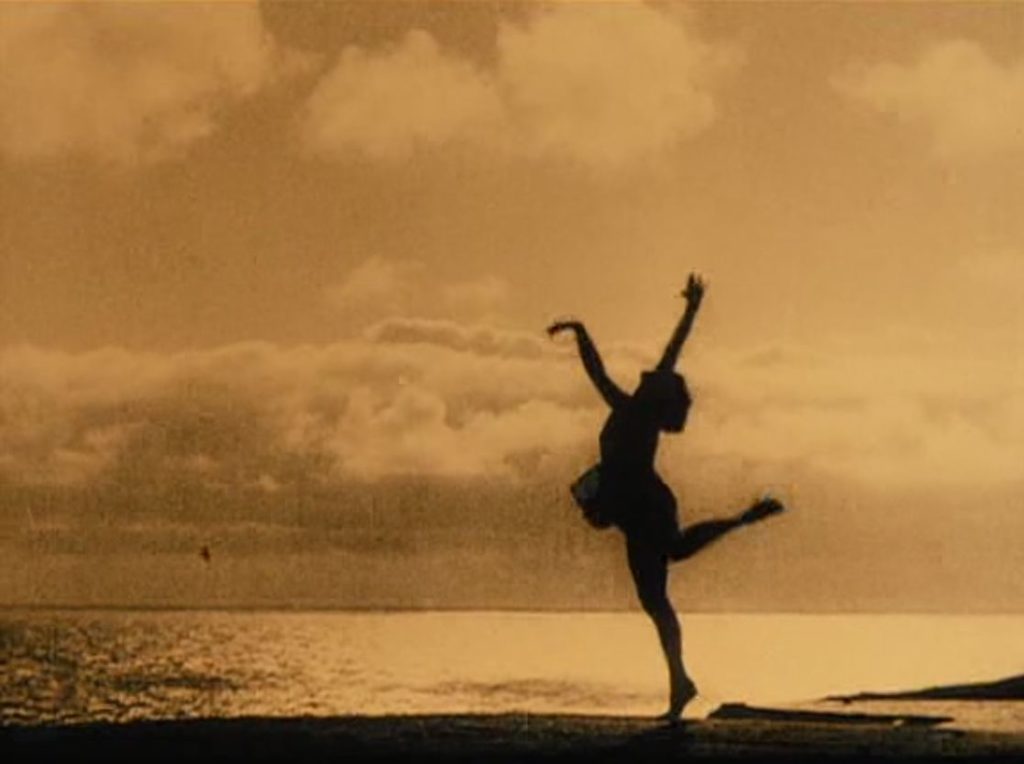 Are Fanck’s “mountain films” fascist?  This is a pre-existing discussion.  They were popular, promoting a return to nature, a rejection of the society-driven Weimar era.  This one unquestionably celebrates the dynamism, form and agility of the athletic human form, and its extreme endeavors.  This is where the ascribed connection lies, though one wonders if it’s a stretch.   Does celebrating athletic prowess while admiring an idealized form of physical fitness and/or technique coincided with ideological support of the Nietzschian Ubermensch?  If so, sports fans the world over will want to carefully consider the implications of their pastimes, and their participation therein.  On the other hand, however, the mountain films hailed from a very particular time and place, one rife with its own unique immediate history, itself fostering seeds of perception and public opinion.  This broader fact- art being an expression of its artist’s culture- cannot ever be divorced from any film, much less The Holy Mountain.

Kino Classics Blu-ray of The Holy Mountain should please silent film buffs with its 2K restoration (“from 35mm elements”), if not its exclusive utilization of a 2002 musical score by Aljoscha Zimmermann.  Though no doubt a skilled musician, Zimmermann’s sixteen year-old original score is not agreeable with the film as it needs to be, sometimes buckling against it.  This is a true shame, particularly considering that actual official vintage music for The Holy Mountain is still said to exist.  If that’s at all true, it’s a most unfortunate opportunity not taken by Kino.  They do, however, provide a few nice snippets of interview footage with much older Leni Riefenstahl and co-star Luis Trenker, taken from the 1993 documentary, The Wonderful, Horrible Life of Leni Riefenstahl.

And, wonder and horror do indeed abound on this perilous early step of her journey.