While not Miami Vice, this 1980’s film captures the times perfectly with a crime drama starring Charlie Sheen and D.B. Sweeney. 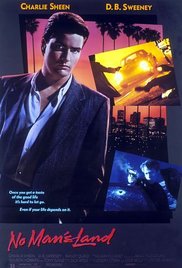 Director Peter Werner has largely been regulated in his career to being a director of television and the occasional television movie.  Before this, however, he headed up a feature film named No Man’s Land.  This film was the story of an undercover cop who comes to like the criminal underworld he is supposed to be bringing down.  In the wake of the gritty television series, Miami Vice, No Man’s Land tried to find a place in that vein.  With a script from Dick Wolf, writer of television’s Law & Order and some episodes of Miami Vice even, they definitely had the foundation to accomplish this.  With a strong cast, and some good timing, No Man’s Land was a modest success and today is a great time capsule into the look and feel of the excess of the 1980’s.

Modern audiences will of course look on the film’s aesthetic as “dated”, but No Man’s Land is a great time capsule of what the 1980’s looked and felt like.  The fashions, cars, music, and vibe are all there.  While it won’t be as iconic as Miami Vice, it is in that neighborhood in terms of how it captures the time it portrays. 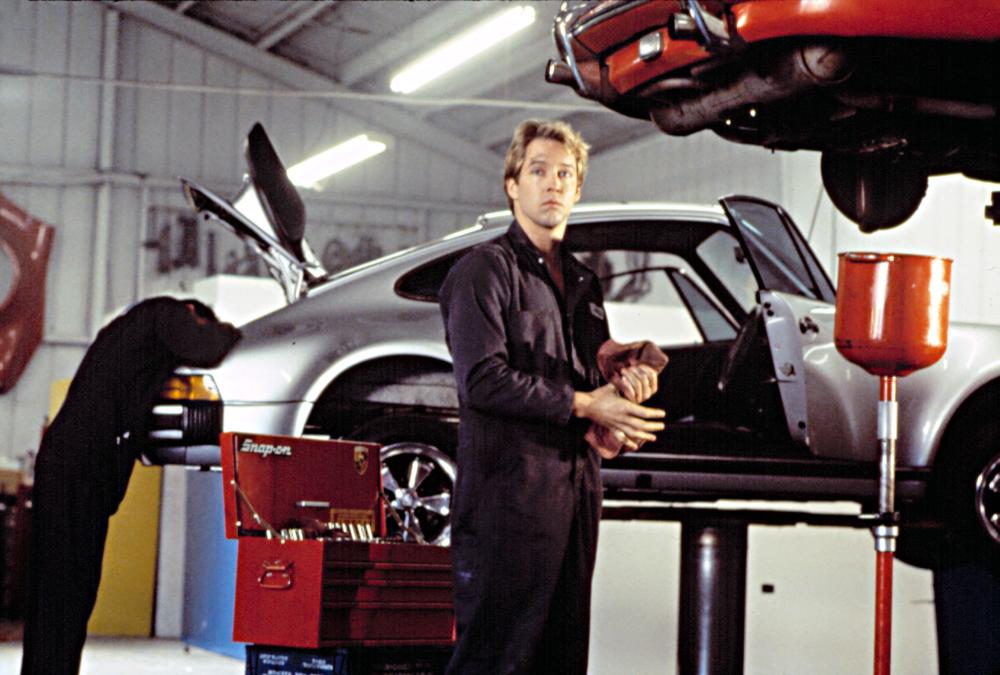 D.B. Sweeney (The Cutting Edge, Taken 2) stars as Benjy Taylor, a rookie cop with some skills as a mechanic.  When an officer is killed investigating a car theft ring, that officer’s partner, Lt. Vincent Bracey (Randy Quaid-National Lampoon’s Vacation, Independence Day) recruits Taylor for a deep undercover assignment to bring the cop-killer to justice.  Benjy Taylor is given a job as a mechanic at a Porshe garage run by Malcolm (Predator‘s Bill Duke) and owned by Ted Varrick (Charlie Sheen-Platoon, Wall Street) in order in infiltrate the criminal car ring and expose the killer. 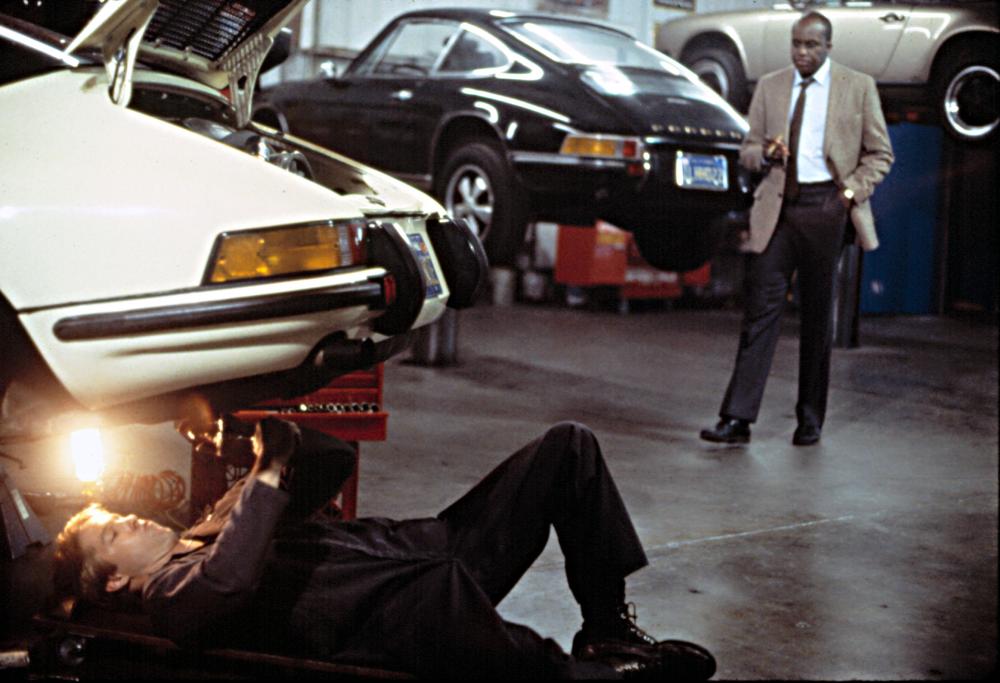 As Taylor meets Varrick, helping him to get his car running again as he’s stranded, he is invited by Varrick to enter his world of money, fast cars, and beautiful women.  As Taylor goes deeper undercover, he finds himself participating in the very crimes he has taken an oath to stop.  To find the killer, he must prove himself, stealing cars and more, descending further into the criminal underworld, causing Lt. Bracey to begin losing trust in which side Taylor’s loyalties truly lie….especially after Taylor falls in love with Varrick’s sister, Ann Varrick (Lara Harris-The Fisher King). 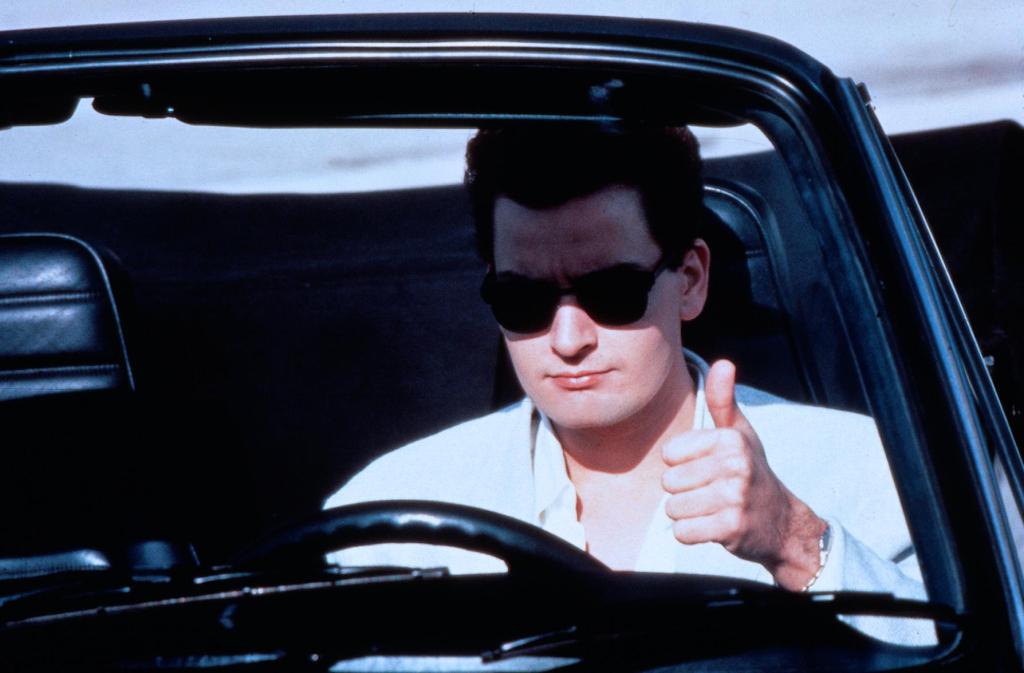 Kino Lorber has given No Man’s Land the blu-ray treatment and features a blu-ray disc with several extras that make this a noteworthy purchase for fans of the film.  Featured in the Kino Lorber release are interviews with D.B. Sweeney, and a separate interview with director Peter Werner.  What you learn, especially from Werner, is how timing played an important role in locking up Charlie Sheen into the role.

While Sheen comes from Hollywood pedigree, with his dad being Martin Sheen, he was still relatively new to the industry.  He had appeared in Red Dawn and Lucas, with a small cameo in Ferris Bueller’s Day Off, but he was still pretty obtainable for a film with a modest budget.  The studio was able to lock him into No Man’s Land, but released the film in 1987 after another film Charlie appeared in had already come out.  That film was Oliver Stone’s Platoon which launched Sheen into superstardom, followed by Stone’s Wall Street.  Had No Man’s Land not already been worked out prior to Platoon, Werner doubts they would have been able to get him for the role. 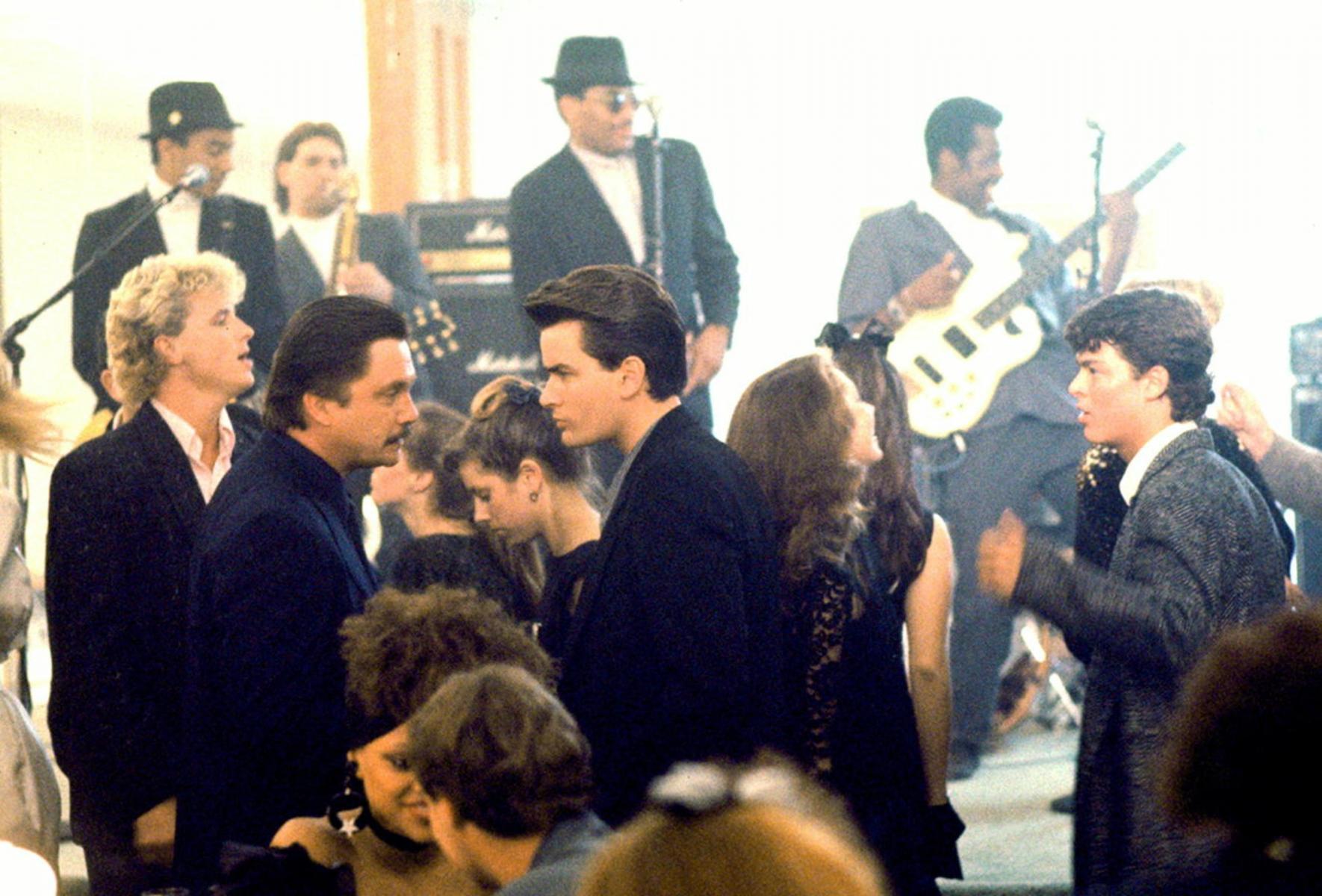 No Man’s Land features a Charlie Sheen when he was still young, and considered a serious dramatic actor.  Two years later, he would appear in Major League and then do a series of comedies like Hot Shots, Men at Work, and his series Spin City and Two and a Half Men.  While most know him, in more recent times, simply for his excessive life filled with strippers, playmates, tiger’s blood and #winning, and now tragically AIDS, Sheen’s turn in No Man’s Land as a man fictionally living the type of life he would later be known for in real life, is an important part of seeing this film’s relevance 30 years later.  Also, look for a couple of brief glimpses of a very young Brad Pitt working as an extra in the scene. 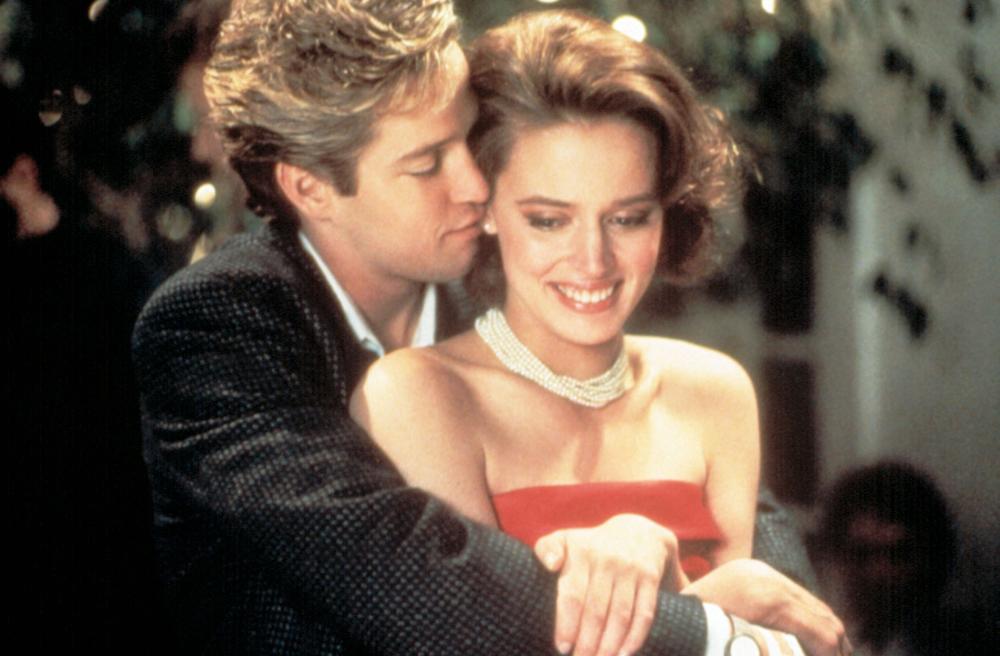 Modern audiences will of course look on the film’s aesthetic as “dated”, but No Man’s Land is a great time capsule of what the 1980’s looked and felt like.  The fashions, cars, music, and vibe are all there.  While it won’t be as iconic as Miami Vice, it is in that neighborhood in terms of how it captures the time it portrays.

Other features include Audio commentary by Steve Mitchell, the producer/director of King Cohen, and also with film historian Nathanial Thompson.  There is also a series of trailers from Kino Lorber film releases.  No Man’s Land is presented in color, 1.85:1, and 1920x1080P.  Run time is 106 minutes. 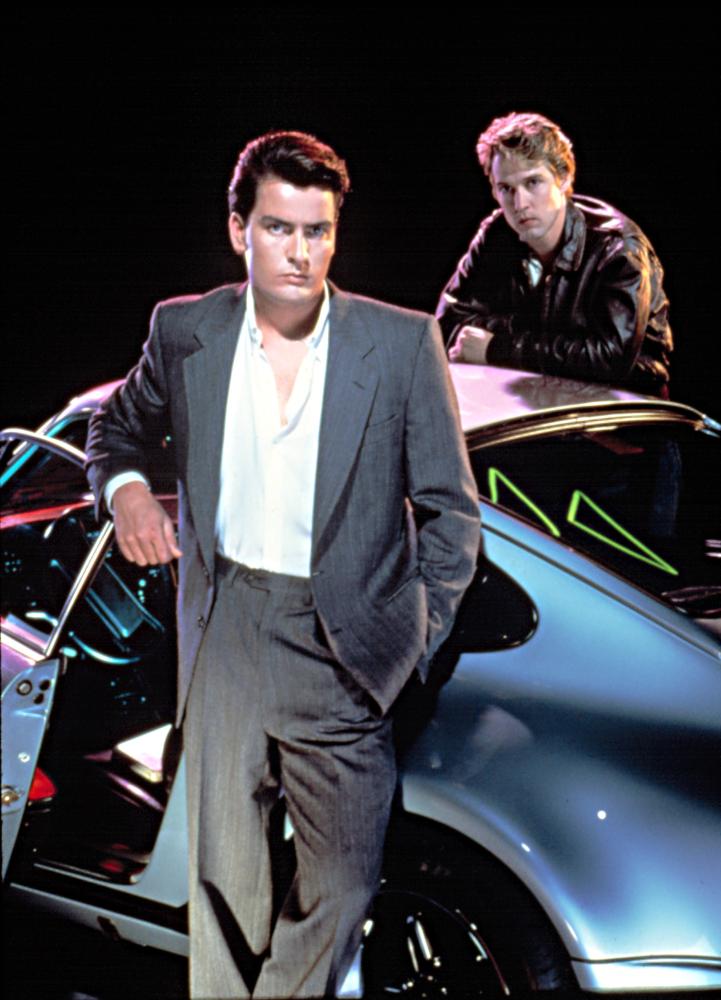