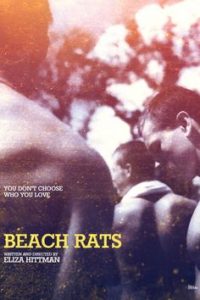 The beach is a public site of heteronormative performance as well as a private domain of hidden desire in the Sundance award-winning Beach Rats, Eliza Hittman’s overly familiar but sensitively observed LGBT drama. While the film is hardly a groundbreaking entry into the category, its portrait of a young man struggling to come to terms with his sexuality in his machismo-soaked social circle resonates as a poignant exploration of the burdens of gender expectations on the realization of queer identity.

Newcomer Harris Dickinson is Frankie, a guy around twenty living with his family on the outskirts of Brooklyn. The Frankie we are introduced to, however, is not the one they – or even he – knows. We first see him sitting in the dark in front of his computer, face half-shadowed and gaze tentative as he browses webcam feeds on a gay hookup site. Although he balks at a sexual encounter this time, it’s not long before he gives in, and Hittman quickly establishes his routine: hanging out with his three beach buddies by day, sneaking out to have sex with (older) men at night. A relationship with a girl named Simone (Madeline Weinstein) he meets on the pier during a fireworks display becomes a convincing cover he gamely exploits.

With its main character front-and-center in nearly every frame, Beach Rats demands a lead with strong presence, and Hittman has certainly found one in Dickinson. Her camera is practically magnetized by the young Brit’s immaculate physique and epicene features, aesthetically venerating him in a way that recalls Sternberg’s reverential treatment of Dietrich, or Morrissey’s of Joe Dallesandro. But he is far more than mere surface adornment: his washboard abs and swaggering comportment belie an existential discomfort that Dickinson makes palpable in every pause and circumspect glance. His stoic mien, which grows incrementally more weary as the film progresses, is captured in extreme close-ups that make us privy to a private turmoil his friends and family are unable to perceive. 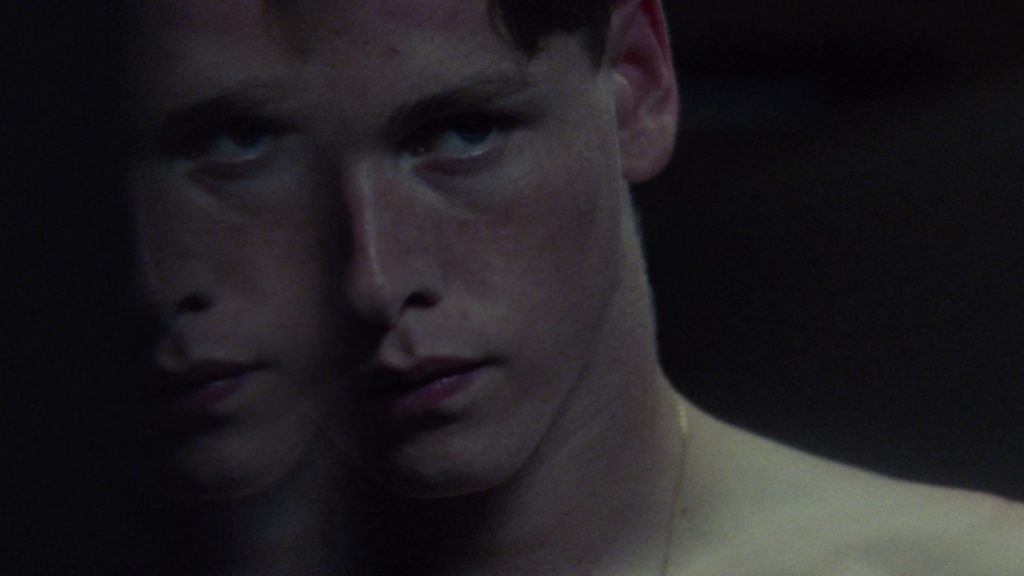 Hittman structures her film according to such a public/private dichotomy, skillfully drawing out the tensions that arise in their fraught negotiation. Frankie’s public image of a conventionally masculine, “straight”-acting beach guy, reinforced by the stereotypical male bravado of his three comrades, is increasingly imperiled by his covert dalliances with other men. The boundary Frankie tries to maintain between projected identity and private desire is immediately and shrewdly rendered porous by Hittman, who opens the film proper with digitized footage of the beach that becomes Frankie’s computer screensaver. The beach as a public space of exhibition where Frankie can pass as straight is thus also associated with secrecy and latent desire. Hittman will return to the computer throughout Beach Rats, generating suspense by making its function subject to the threat of discovery.

One of the characters who comes tantalizingly close to this discovery is Simone, who Frankie brings home after their meet-cute at the beach. The night ends poorly, however, as Frankie, blitzed on cocaine and unable to get aroused, blithely mocks her “Do you think I’m pretty?” come-on. He is able to win her back the next day, exhorting her with smarmy male entitlement to give him a second chance. The relationship continues, predictably strained by Frankie’s cluelessness and insensitivity, but acting as an effective disguise, and one that impresses his friends and mother to boot. Unfortunately, this storyline is Hittman’s least compelling, and the amount of time devoted to it is at variance with its quality. Simone never reads as a developed character, and her stormy relationship with Frankie has the stodgy gender politics and trite trajectory of a run-of-the-mill teen romance. 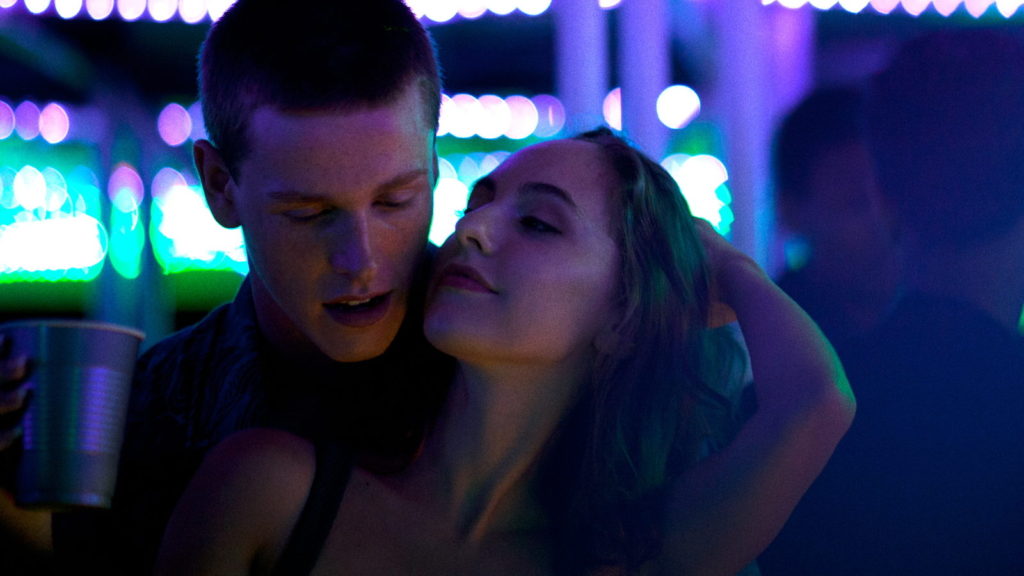 Other narrative and aesthetic decisions are equally questionable. There is something overdetermined about making Frankie’s father gravely ill on top of his other struggles, as there is in the frankly risible phallic symbols Hittman bafflingly peppers throughout the film (she even, somehow, manages to turn a drinking fountain into one). Hélène Louvart’s tactile 16mm cinematography, meanwhile, wonderfully captures the contours and gradations of all the film’s exposed flesh, but it is not always optimally served by Hittman, whose predilection for endless close-ups disregards the evocative possibilities of more complex compositions. This is the default shot scale in scenes of stroboscopic lighting and thumping music, the generic and at this point exhausted signifiers of youthful dissipation.

The film works best when the girlfriend is out of the picture and Hittman focuses on Frankie’s internal plight, his increasing inability to subdue the pressures of heterosexual masculinist society and reconcile his burgeoning identity with the one he presents. What puts this a rung above the average story of a closeted youth is Hittman’s unflinching yet sensitive rendering of Frankie’s desire as bound up with anxiety. His nocturnal meet-ups with the men he finds online, for instance, are suffused with the creeping sense that something could go very wrong, that for Frankie intimacy and pleasure must constantly be accompanied by the specter of danger. When slippages inevitably occur in his delineated routine, Hittman amps up the tension and Dickinson uses his extraordinary face to channel a whirlwind of dread, rage, and uncertainty, all just barely kept at bay. It is in its final, wordless passages that Beach Rats, doing the most with the least, most limpidly reveals its wounded, wistful core.

Beach Rats had its LA premiere on July 9 at Outfest, and is scheduled to be released by Neon on August 25, 2017.