Film Review: QUEEN OF THE DESERT 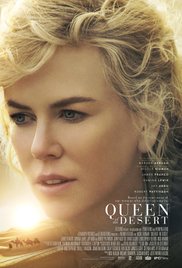 Prominent German director, Werner Herzog returns with a film about one of the most prolific and interesting individuals in the 20th Century.  Gertrude Bell, an English woman, was informally dubbed “Queen of the Desert” after spending years studying Bedouin culture throughout the Ottoman Empire, and is credited with helping shape the modern day borders of Jordan, Syria, and Iraq following the fall of the Ottoman’s Empire.  Her life, however, was a complicated one, as was this film’s journey to being seen.

After winning awards in Europe and opening in Germany in 2015, it has taken nearly 2 years to see a release date in the United States.  This is despite an impressive cast that includes Nicole Kidman as the titled character, Gertrude Bell, with strong supporting roles from the likes of James Franco, Robert Pattinson, Damian Lewis, and Jay Abdo.  Despite this delay, the film is slated to open in theaters this weekend, with a primer on video-on-demand services a week later.

Queen of the Desert is certainly a fitting title for Gertrude Bell, who is admirably portrayed by Nicole Kidman, but it won’t propel this film to be queen of the box office.

Nicole Kidman is strong in her role as Gertrude Bell, as well she should be.  The real-life Gertrude was a fiercely independent woman who was not content to settle in England and fulfill the role that a wealthy upper-class woman was expected to fill.  She had no interest in politically beneficial arranged marriages, and was largely not very politically correct in the way she expressed herself to a largely male-dominated world, especially within the powerful British Empire.  Of course, this independence would be put to the test as she entered an area of even more traditional cultures, especially as it related to the preconceived notion of a woman’s role. In the desert, this included the culture of the Shia and Sunni Muslims, Druze, Alawi, Ismaili, and more.  In addition, Gertrude Bell spoke multiple languages, had a degree from Oxford, and is fondly remembered in the Arab world, despite the fact that the British are largely not.  This is clearly a woman who chartered her own course and did not want to be pent up in her native and proper home in England.

Begging her father, she is given permission to head towards Tehran, and explore the desert and the bedouin culture that she was attracted to through extensive reading, especially of Persian poets.  She desires to study, write, photograph, learn the language, map the land, study archaeology.  She is able to deftly deal with the various warring factions, and also serve as a liaison of sorts between them and the British Empire.  While she is desired by all groups to win her favor, she ultimately belongs to no one, including her own country.  And while she stands in defiance of all of the boundaries that others try to put on her for being a woman, she also knows how to slip into the role, as it were, that they want her to play in order to gain the political favor to aide her in her journeys.  She is just as comfortable trekking through the sand in the desert heat, as she is slipping into a formal gown to attend a formal gathering with those from the British Empire.

This story, with a screenplay by Werner Herzog, doesn’t seek to get into the minutia of all of these narrative threads of her life.  Instead, he largely paints in broad strokes, showing us a wide-angled view of her as a person who happens to occupy these various roles.  He seems to be more interested in how she held herself up as a person, and how the two ill-fated romances of her life affected and shaped her into the woman she would be remembered for.

Her first romance is a brief one involving Henry Cadogan (James Franco).  We are given a glimpse of their whirlwind romance, culminating with his marriage proposal, only to watch her father forbid it through a letter due to Cadogan not having a good family name for forging strong political alliances and wealth.  Returning home to beg her father to reconsider, she is hit with the tragic news that Henry Cadogan has passed.  This event seems to be the one that Herzog uses the most to spur her deeper into her mission in the desert as Gertrude decides to wave off romance and focus on her desires of her work and life’s calling to the people of the desert. 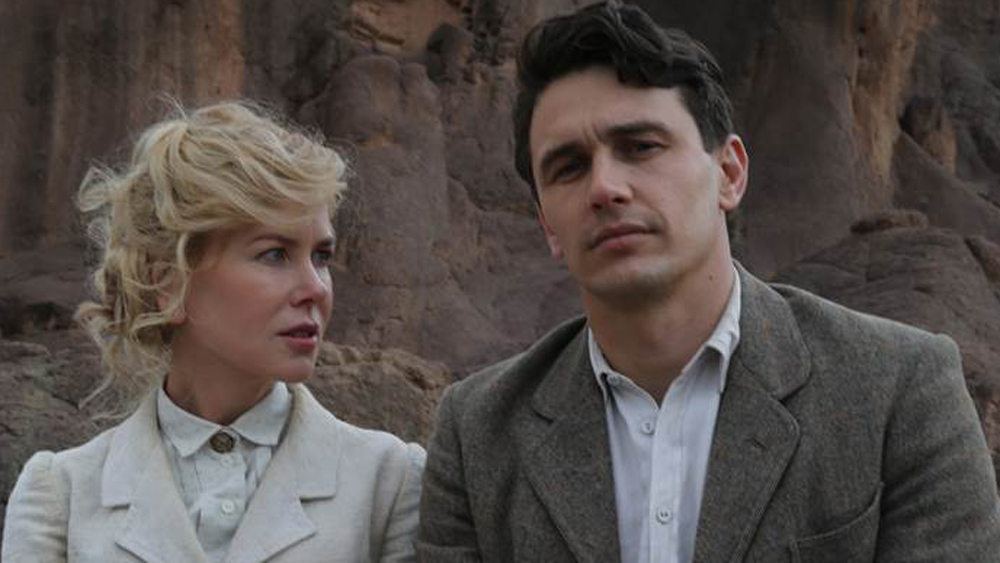 Her second romance is one that seems doomed from the start.  Upon her travels, she encounters Lt. Col. Charles “Richard” Doughty-Wylie (Damian Lewis).  He is a married man, unhappy at home, who falls for this “queen of the desert”, seeking to help her from afar.  Though this affair was never consummated, Herzog’s screenplay shows that Gertrude was eventually won over emotionally, and is crushed to learn of his death at Gallipoli, where he was posthumously awarded the Victoria Cross. 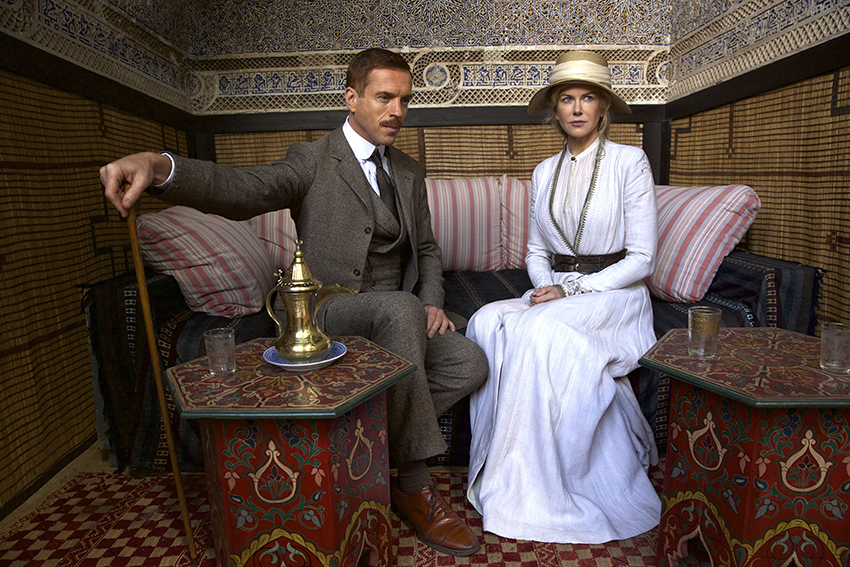 Kidman is the real star of Queen of the Desert.  Her performance is quite remarkable, as she plays Gertrude from her early 20’s until the time when Winston Churchill (Christopher Fulford) taps her desert knowledge and political skills to help shape the borders of the newly created countries of Iraq, Jordan, and Syria.  One of the highlights, however, is Kidman’s subtle relationship with her “men”, the group of locals whom she bonded with and kept as her traveling companions, partners, and assistants in her work.

Jay Abdo, as Fattah, her most trusted assistant, is strong in his role as an Arab man helping this British woman navigate the complexities and politics of the various tribes of the desert.  Robert Pattinson makes a good, yet brief appearance as Col. T.E. Lawrence, but plays a stronger character in the upcoming Lost City of Z, that will demonstrate a more mature actor than maybe how people see him if they only know him from the Twilight series. 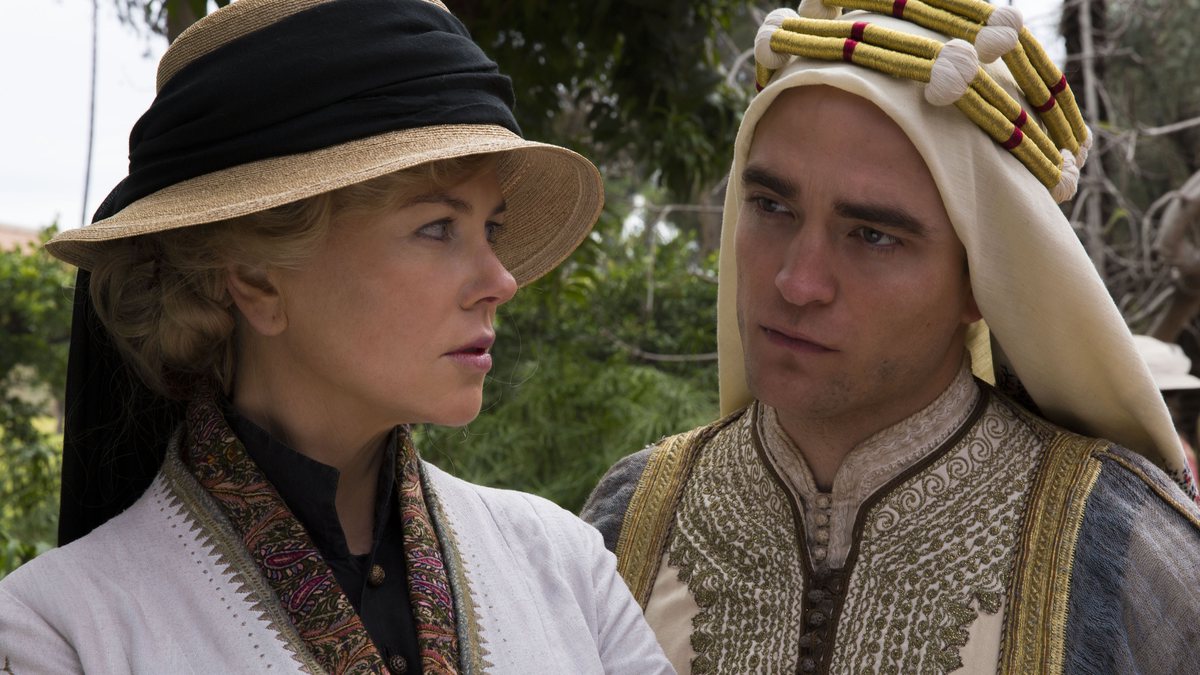 Herzog’s film is beautiful to look at, and seems to be trying to have an epic feel in its grandeur and scope, and sweeping score, yet this is a film that has taken much too long to come to the screen, and most likely due to its profound shortcomings.  I think that ultimately, having such a broad narrative where he shows us glimpses of this remarkable woman throughout her short life, rather than focusing on a particular narrative, it has the effect of watering down her importance, and the impact of the film itself.

Herzog uses an epilogue to tell us of the importance of Bell, her achievements and their effect on our modern world at the end of the film, but it is too bad that he didn’t seek to draw out her many achievements throughout the film.  Without Kidman’s strong portrayal, this character would simply fade into the desert sand of this screenplay.

Besides that, the film moves at an extremely slow pace that threatens to keep potentially interested audiences from seeing this film, despite the efforts of Nicole Kidman, and star-caliber names of both James Franco and Robert Pattinson.  Queen of the Desert is certainly a fitting title for Gertrude Bell, who is admirably portrayed by Nicole Kidman, but it won’t propel this film to be queen of the box office. 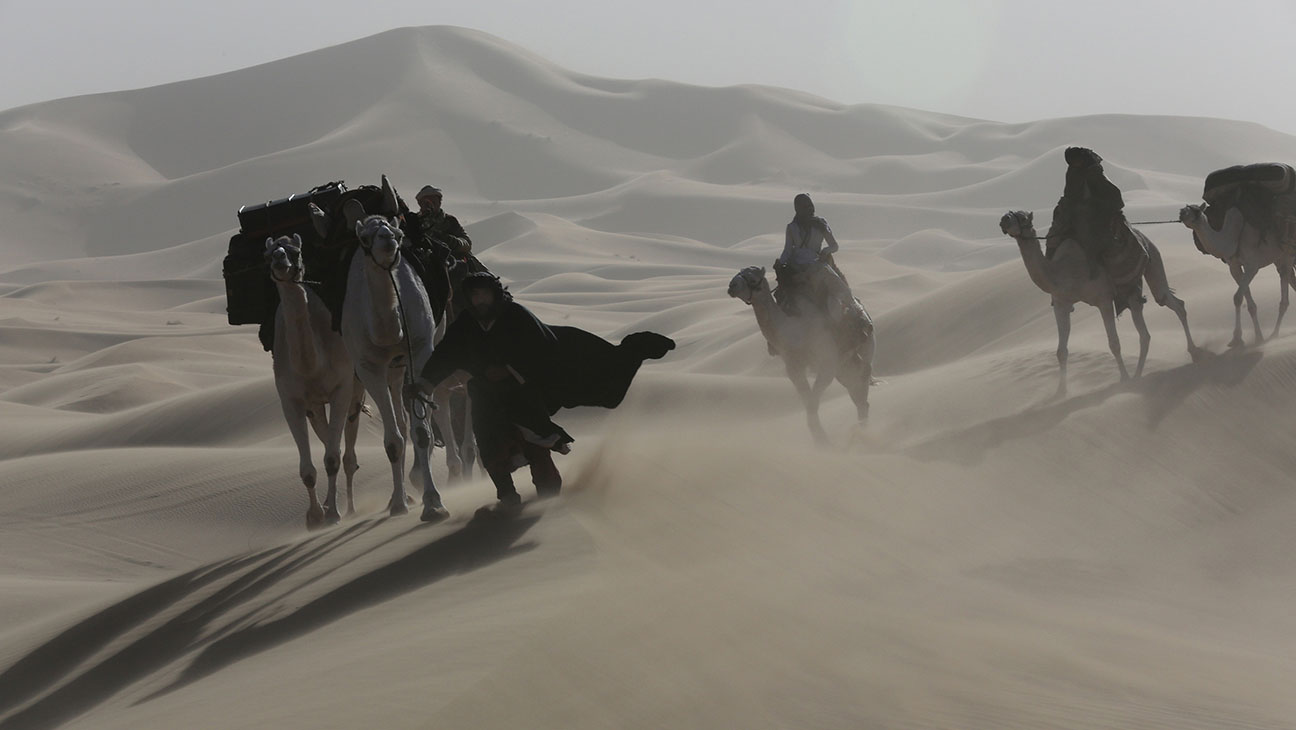 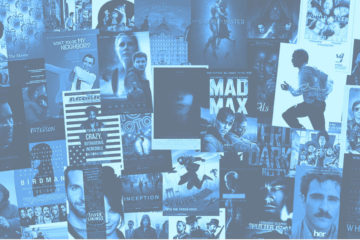 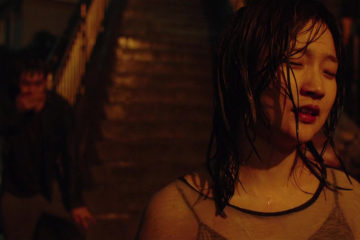