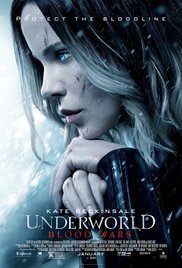 Underworld: Blood Wars is the 5th film in the Underworld series, and the 4th installment (one was a prequel) that chronicles the story of Death Dealer, Selene (Kate Beckinsale) as she takes on her vampire covens who double-crossed her, and the werewolf Lycans who have been at war.  As this series is 5 films in, it will really only appeal to those who are already invested in the series. It is the first film in the series to have a female director, which is most appropriate given that the hero of the series is a tough-as-nails female protagonist.  For those who felt that the last installment, Underworld: Awakenings, was underwhelming, this chapter is slightly better. Slightly.

If you have not followed this series, or seen the previous installments, warning: mild spoilers follow for the previous entries in the series:

When we last saw Selene, she had discovered that the Lycans had developed a lab/corporation as a front to their larger plan to wipe-out the vampire race.  Having captured Selene, and unbeknownst to her, Michael (Scott Speedman) who has both vampire and Lycan blood giving him great strength, they sought to manufacture a way to give them the ability to defeat their enemies for good.  Selene had broken out of the facility and learned that she had a daughter.  Looking for Michael, she ended up meeting a Vampire coven led by Thomas (Charles Dance) and his son David (Theo James).  Helping Selene, Thomas also arranges for Selene’s daughter Eve to be handed over to the Lycans.  Having saved her daughter, and discovered that Michael is still alive, Selene goes on the run. 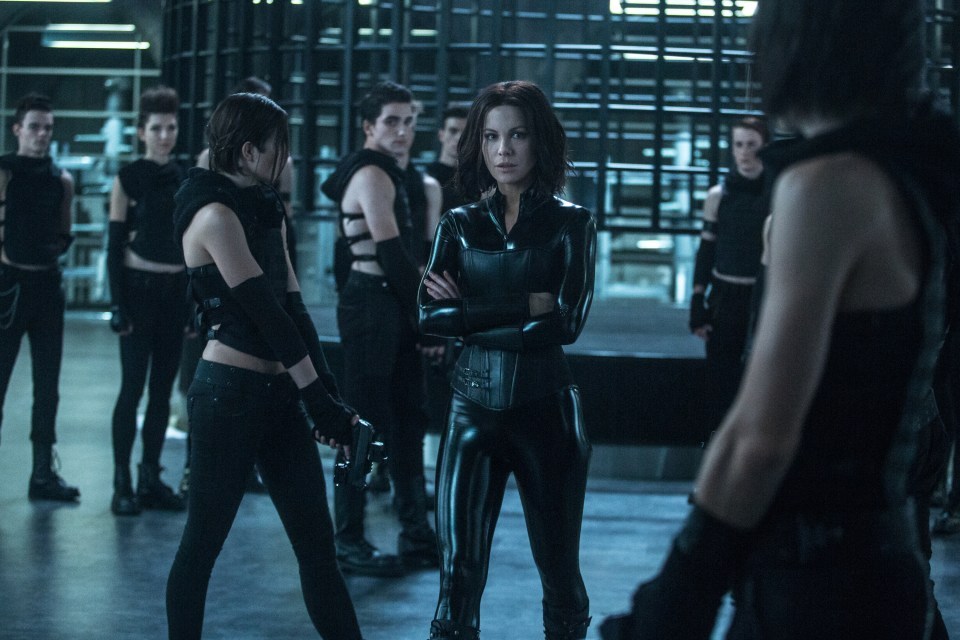 This is where we pick up the story for Underworld: Blood Wars.  Selene has sent her daughter off where she doesn’t even know where so that she cannot be forced to betray her location.  A woman/vampire without a home, Selene has only sharpened her skills in the ways of survival as she is hunted by her own who still are angry with her over the death of Vampire elders Victor and Marcus by her hand, and the Lycans who hate her for being a vampire.  When fate brings her back into contact with David, she learns of an even greater Lycan threat that may reunite her with the last remaining vampire coven as they prepare to fight the new Lycan leader Marius (Tobias Menzies). 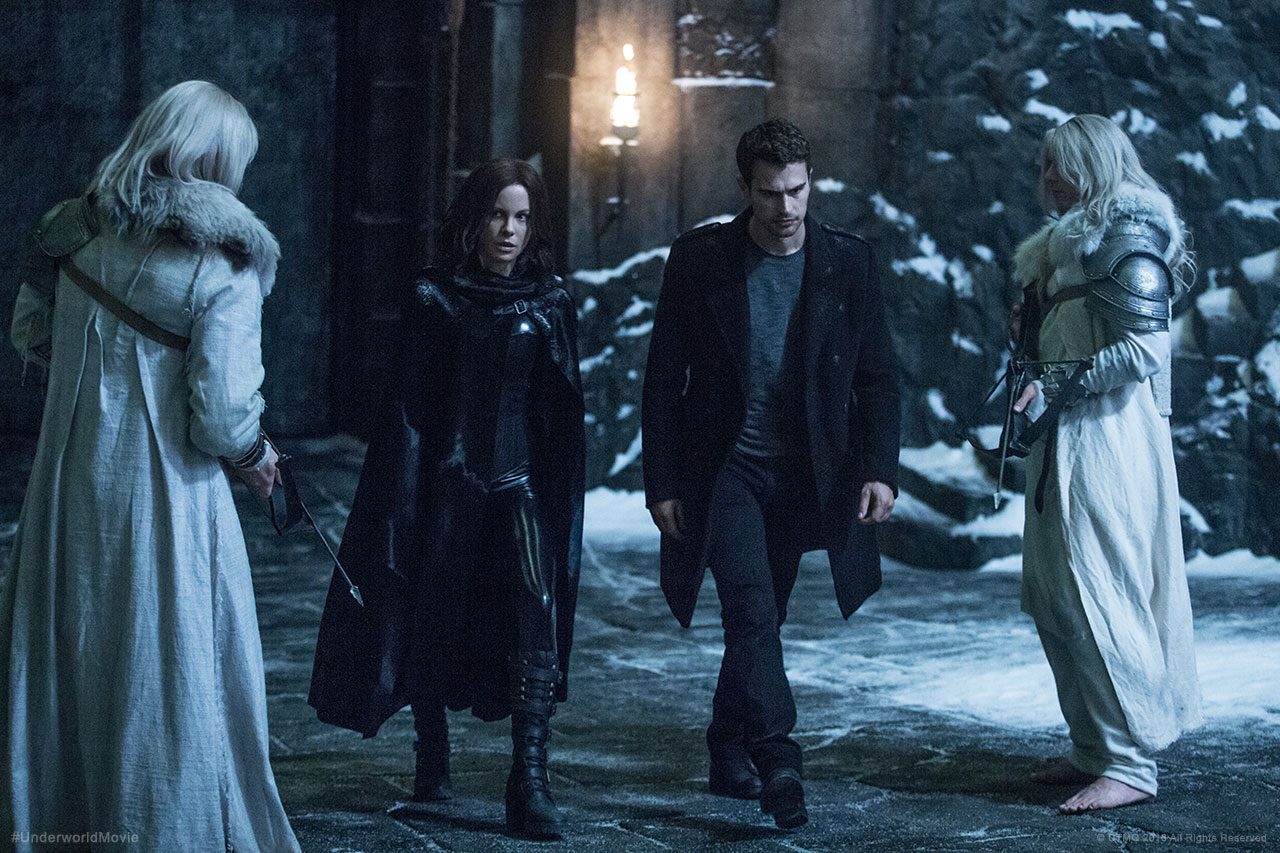 Fans of the series will appreciate a refocus back on the character of Selene, and a call back to the events of the first two films, which are arguably the best in the series.  There is also a refocus back on the war between vampires and lycans which had been sidelined a bit in the last entry.  Scott Speedman is once again absent from these proceedings, but fans will learn what has come of his character.Lara Pulver and James Faulkner join the cast as Semira and Cassius, which adds political intrigue to the remaining Vampire coven, as they seek to use Selene to their own ends.

The film features more action than Underworld: Awakenings and does a little bit of world building by taking us to a new location of a secret Vampire coven in the arctic, and revealing a new realm of existence that will have an impact during the climax of the film, and on any future installments. 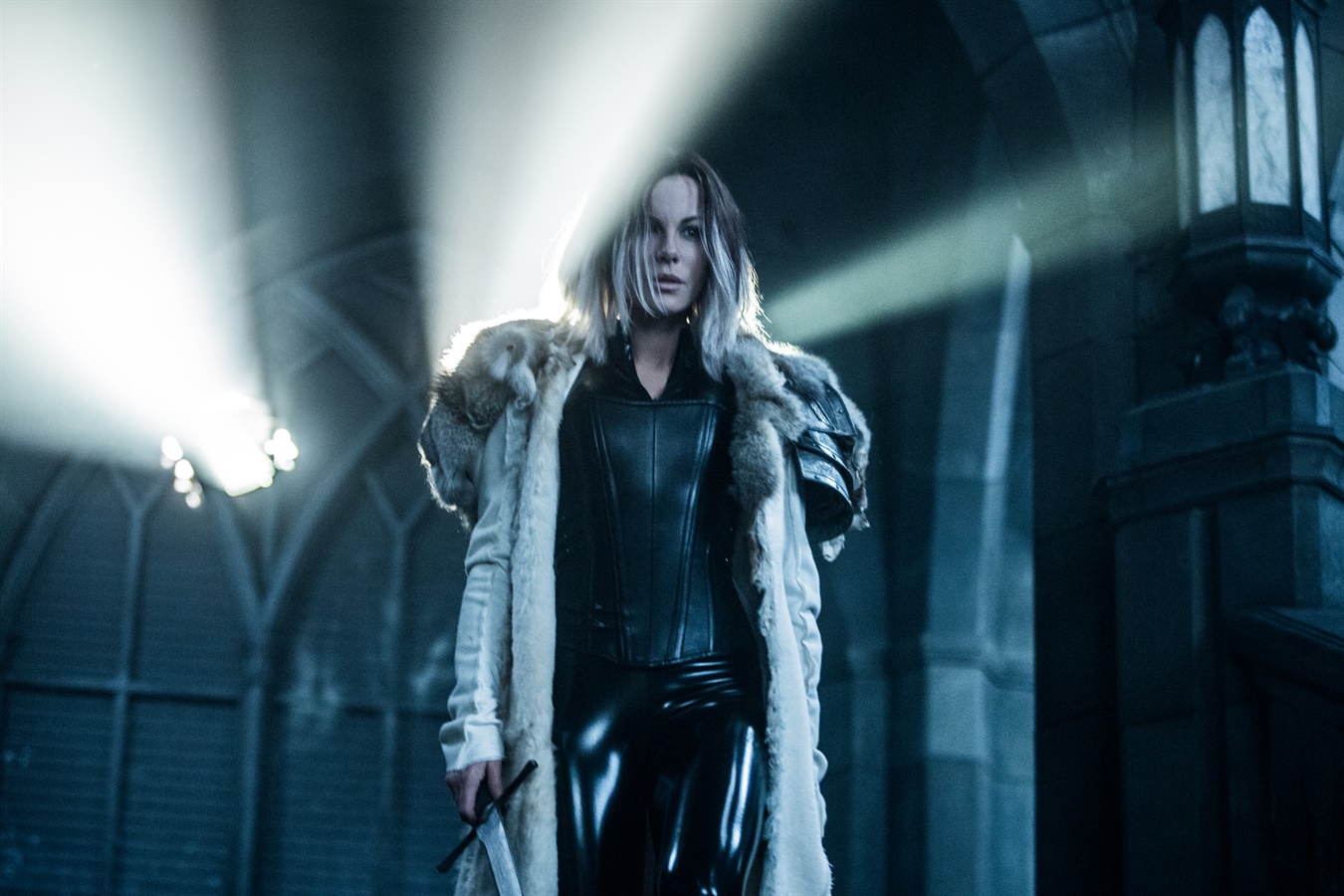 Kate Beckinsale continues to show that she is the face of this franchise.  Despite giving indications that she is not sure how much longer she will be a part of this series, the final scene of Underworld: Blood Wars points to future installments.  Whether they will include Beckinsale or not remains to be seen.

Those who are new to this series will not be won over simply by seeing this film.  While the opening scenes continue to summarize past chapters and “catch the audience up” on what has taken place prior, it would be very difficult to have any invested interest if one had not seen the original installments.  Kate Beckinsale’s ex-husband, Len Wiseman, who co-created these characters and wrote and directed the first two films, Underworld and Underworld: Evolution, is sorely missing these last two installments (aside from a producer credit).  In his absence, the story-line is not as tight and does not contain the gravitas of Underworld alumni like Bill Nighy, Michael Sheen (another Kate Beckinsale ex), and even Tony Curran.  Without it, each installment has gotten progressively weaker.

So, for die-hards, this installment will be an uptick from the previous ones, and it sets the stage for future stories to be made.  Depending on its reception, it may affect whether or not we see more of Selene, and by extension Kate Beckinsale.  Hopefully, it will do well enough to bring her back, because if not, this film series will be relegated to…..the underworld. 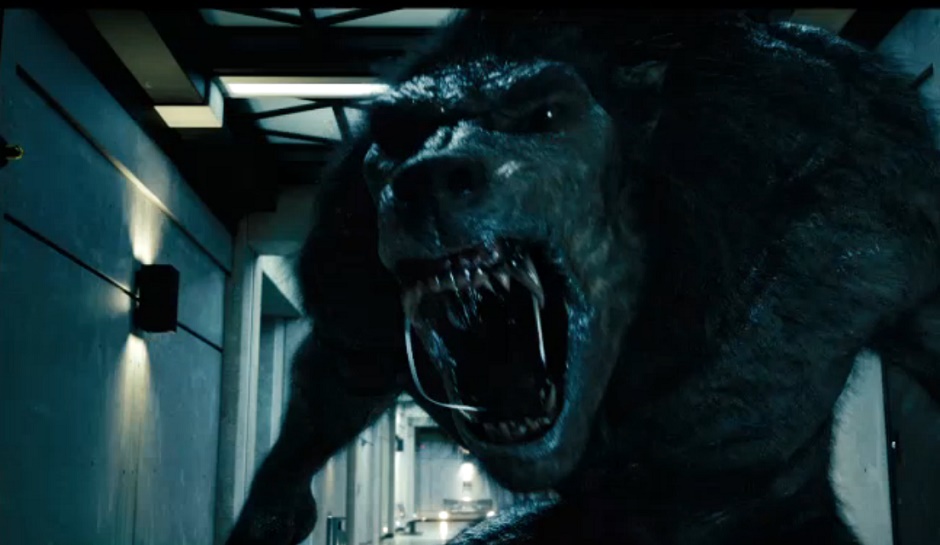