Gangster Tale is a Stylish but Bloated Bore 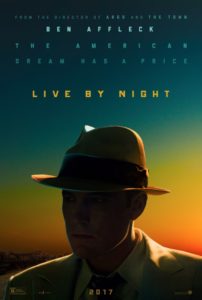 I have never read the novel on which the film Live By Night is based.  It was written by Ben Affleck’s fellow Bostonian, Dennis LeHane, a very cinematic writer.  LeHane has already had several movies adapted for the screen, including Mystic River, Shutter Island, The Drop, and Gone, Baby, Gone (also directed by Affleck).  Perhaps the major faults in Live By Night are also in the book, but having only seen the movie I will not lay the blame with LeHane.  As Ben Affleck not only directed but wrote the screenplay and stars in Live By Night, I will blame him for the film’s problems.  I’ll also give him credit for the film’s strengths – which, unfortunately, do not balance out the scales.

Live By Night is the story of Joe Coughlin (Affleck), a small time Boston crook, the son of a police detective (Brendan Gleeson).  Joe was an upright citizen until his experiences in World War I soured him on submitting to authority.   Post-war he’s living out a principled commitment to never following the rules and survives on a variety of stick ups and the ocassional bank robbery.   Joe avoids criminal entanglements with both the Irish and Italian mobs who are warring in Boston, but is less wise about avoiding romantic snares.  He’s having an affair with Emma Gould (Sienna Miller), the mistress of the Irish mob boss, Albert White (Robert Glenister).  Unfortunately for Joe, this information falls into the hands of the Italian mob boss, Mose Pescatore (Remo Girone), who tries to blackmail Joe into assassinating White.  Joe refuses:  he’s unwilling to become a killer.  Joe and Emma arrange to run away together after one last job – a bank hold up that goes awry and ends with three police officers dead, though not by Joe’s hand.  Still, he shows up at the appointed time to meet Emma, only to discover that someone else is waiting for him, too:  Albert White. 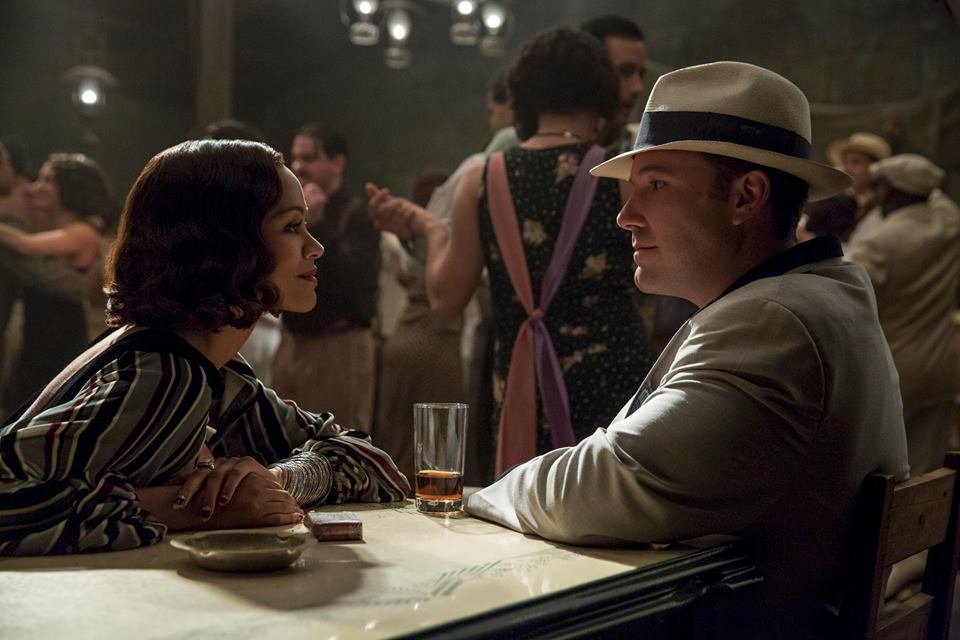 It’s not long before Joe wakes up in a hospital bed, beaten both by White’s thugs and the police officers who rescued him from White but then took their revenge for the dead cops.  Joe’s father, who has long known that his son is a criminal, breaks the news that Emma is dead and then sets out saving Joe from the death penalty.  Thomas Coughlin is a decent cop, but he’s not above blackmailing the chief of police for his son’s sake.

After a few year’s in prison, Joe goes back to Pescatore, now willing to join the mob if it will give him an opportunity to avenge Emma’s death.  Here Live By Night shifts to Florida, where Joe is placed in charge of Pescatore’s rum operation.  He soon falls in love with Graciela Suarez (Zoe Saldana), who with her brother provides the  molasses the mob needs for its rum.  He also develops a wary friendship with the local police chief (Chris Cooper), and runs afoul of the KKK.  Problems with a particular Klan member, colorfully played by Matthew Maher, lead Joe to blackmail the devoutly religious chief of police, whose daughter, Loretta (Elle Fanning) has fallen into drug addiction and the sex trade.  That will lead to much greater complications for Joe, and ultimately for Graciela.  Oh, yes, and then there’s his unfinished business with Albert White.

Affleck is stolid in this role, a slab in overcoats and fedoras.  He lacks the charismatic ruthlessness of classic film gangsters played by the likes of Jimmy Cagney or Paul Muni.

I don’t know how many minutes passed in Live By Night before this second act, in Florida, began.  I do know that I was starting to panic a bit at the fact that I’d not yet seen most of what was featured in the film’s trailer.  I knew that the story had a long way to go, and it felt like I’d already spent too much time with Joe Coughlin.

This is the first problem with Live By Night:  although it’s run time is just over two hours, it feels much longer.  It feels interminable.  But why?  The period sets and costumes are excellent; the supporting cast is strong, particularly the always excellent Gleeson, and Saldana who radiates a lean, catlike sensuality. There are some effective action scenes, particularly a car chase early in the movie and more than one scene in which Tommy guns provide the hail of bullets while the pump-action rifles provide the thunder. Part of the blame for the film’s tiresomeness rests with Affleck’s performance.  He’s stolid in this role, a slab in overcoats and fedoras.  He lacks the charismatic ruthlessness of classic film gangsters played by the likes of Jimmy Cagney or Paul Muni.  The rambling story line is also a problem.  Live By Night felt as if it wanted to tap into several literary traditions – not just classic crime fiction, but depicting a hypermasculine but wounded Hemingway hero; exposing the corruption at the heart of respectable Christian America (see Sinclair Lewis); and throwing in a little Southern Gothic Faulknerian culture to boot.  On top of all this, Live By Night is overlaid with very contemporary political messaging.  Joe Coughlin may be a criminal, but my word, he’s enlightened and wants everyone to know it.   There is a lot of 2016/17 Progressivism peeking through this Prohibition era tale.   And then there’s the ending, or the several endings, each one either too predictable, too over the top, or too sentimental. 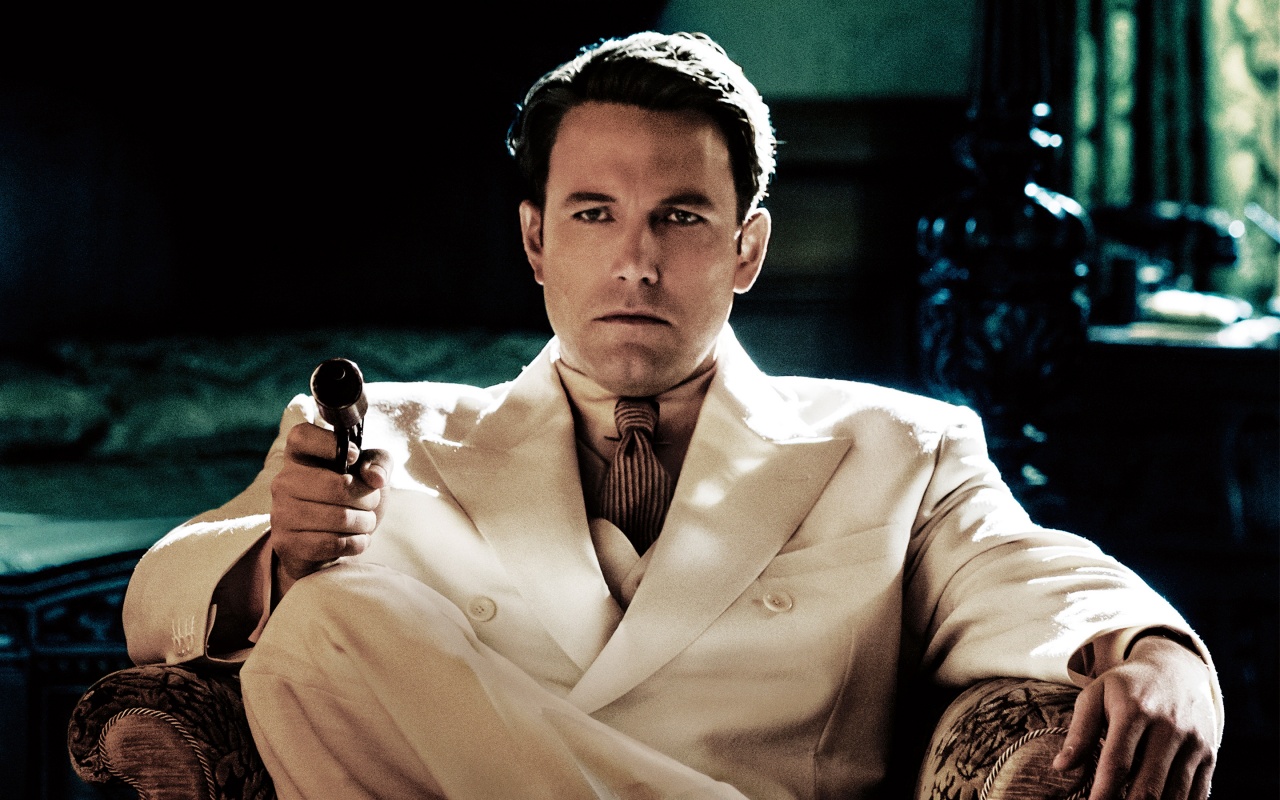 Live By Night is much too much.  Affleck seems to have wanted so badly to make Joe Coughlin a noble and larger than life character that he overcooked the entire movie .  The result is stylish looking but swollen and dull.   Affleck’s last film, Argo, was a taut action film – a movie that didn’t aspire to be an epic, but was a blast too watch.  With Live By Night, the result is the exact opposite:  an intended epic that just felt like a reeeeally long night at the movies.