Fantastic Beasts, Harry Potter, and the Death of the Trilogy

It might be word you’re about to become more acquainted with in the movie world.

In the lead-up to the release of Fantastic Beasts and Where to Find Them, J.K. Rowling confirmed on Twitter in October that the Harry Potter spinoff is spinning off into five different chapters: “Five. Not seven. Not three. Five.”

Five. Not seven. Not three. Five.

(Got a feeling this is going to be the new 'not a prequel'). https://t.co/ZkjEeeDQjj

Five? Has a film series ever planned for five episodes? Fantastic Beasts and Where to Find Them was already a curious case in a number of ways. It’s a prequel to a film series, but with no familiar main characters. It’s a prequel based off of book series, but without its own narrative book. It’s also the only franchise I know of staking out a five-act structure in a pentalogy instead of the more conventional trilogy.

Rowling and Warner Bros. are treading new territory with an unprecedented series structure. However, Fantastic Beasts may not be so unfamiliar to today’s moviegoer. The more I look at it, this series is an indicator and the product of several significant trends in Hollywood that might be changing story construction as we know it. 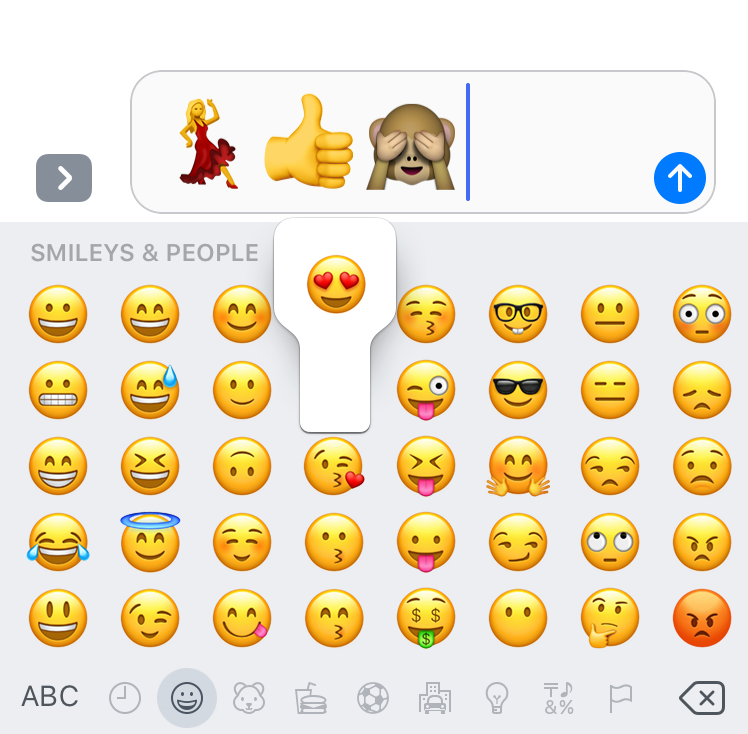 The current state of my text messages.

In June, Kevin T. Lincoln reported in Vulture on a bubbling legal battle for the rights to produce an emoji-themed movie. (If you hadn’t heard about this yet, I’m sorry to be the one to break it to you.) Two parties disputed on the rights—and profits—to the intellectual property that is emoji, presumably not because of artistic vision but for the mere fact that that intellectual property is recognizable.

“Anyone who’s paid even the slightest bit of attention to the movie industry over the last few years has noticed that fewer and fewer original films — i.e., projects conceived and created expressly for the screen — are being made,” Lincoln writes. “We’ve crossed the Rubicon; studios know it’s easier, faster, and safer to take something people already like and turn it into a movie.”

How is the Dancing Lady emoji different from Harry Potter? I’m not sure she is. Harry is valuable intellectual property because he and Rowling are on a single-name basis with most of the moviegoing world. With Rowling expanding her magical world with Newt Scamander (a character with mere mentioned existence in the Harry Potter novels), her universe is no longer created to serve the character arc of a child growing into adulthood. Hogwarts, butterbeer, and “Expelliarmus” are now what the Thumbs Up, Monkey With Covered Eyes, and Heart Eyes Smiley are to the Emoji Universe.

With studios staking out intellectual properties they expect to be surer bets than original scripts, it’s not surprising Warner Bros. felt comfortable announcing the villain of the second Fantastic Beasts film and the director of all five films a week before the box office started tallying receipts for the first one. Soon we’ll need a new title for the World of Harry Potter, because it’s only a matter of sequels until Harry feels like the quaint original compared to whatever is playing on screen now.* 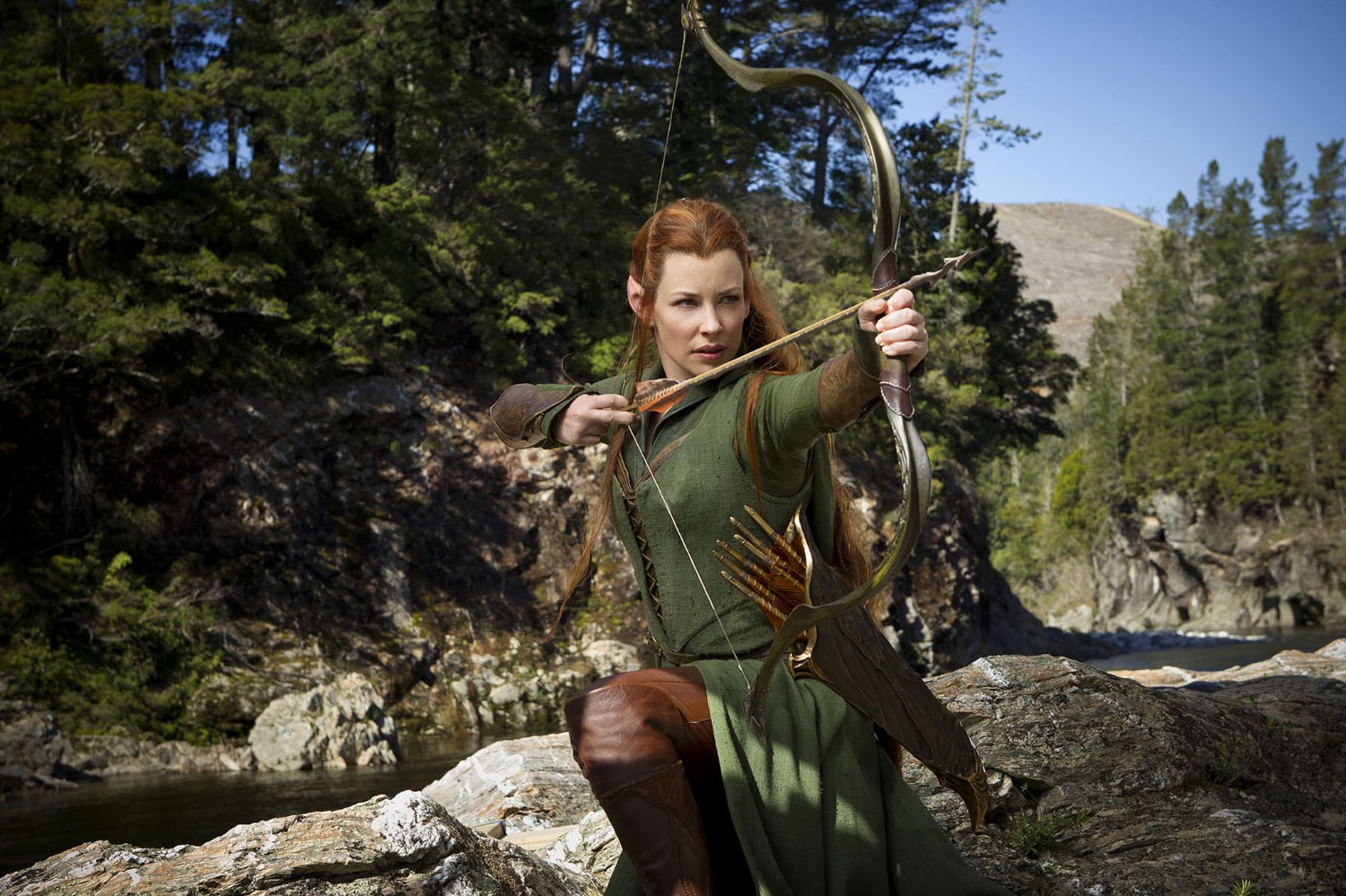 Evangeline Lilly as Tauriel in The Hobbit: The Desolation of Smaug (2013). She was a character created specifically for the film franchise.

At least in the current film landscape and in the yet-to-be-renamed World of Harry Potter.

If there’s any consistent criticism of the gifted Rowling, it’s that she’s perhaps too prolific. She’s announced more than once that her Potter writing was at an end and then reneged. Though she’s not the first author to do so, she might be the most public. After the first supposed end of Harry’s story with Harry Potter and the Deathly Hallows and its two films, she’s dropped tidbits about the characters on Twitter, in exclusive stories on her Pottermore site, and in a stage play set almost two decades after Voldemort’s demise.

I can’t help but think of a few other creators whose reputations took a hit for their inability to complete their work. Peter Jackson’s cred was all fan-friendly and Oscar-worthy until Tauriel and the meandering Hobbit series cooled his momentum. Like Rowling, he was too prolific, somehow milking almost 8 theatrical hours out of one children’s story, its appendices, and his own imagination. And of course, what hasn’t been written about George Lucas and his tweaking of the special edition Star Wars?

Whose to say Potterheads won’t reach a breaking point if Rowling makes one too many revelations they don’t like? And what happens when she’s no longer with us? Will Warner Bros. find their J.J. Abrams to give Hogwarts the Resurrection Stone treatment? In an industry trying to keep up with the Marvel Cinematic Universe (centered around MacGuffins called Infinity Stones, no less), it’s impossible to answer these questions or to determine if intellectual property is finite.

Daniel Radcliffe in Harry Potter and the Deathly Hallows – Part 2 (2011).

The short answer is no, as far as I can tell, no film series has ever planned for five episodes. Box Office Mojo tells me 26 franchises have reached exactly five chapters, and none of these seem to have chosen five as declarations of artistic intent. Instead, these series seem to fit in one of two categories.

Our first category: Series that started with one successful film and studios will keep returning to until the wells dry up. With the exception of the outlier Step Up series, this category fits into 3 neat genres: Action, horror, and family. In action, you’ve got your solid-performing sequels for Die Hard, Mission: Impossible, and Transformers. In the horror genre, you have your Final Destination, Hannibal Lecter, Predator, Resident Evil, Scary Movie, and The Exorcist. Family is the most prolific with Alvin and the Chipmunks, Benji, Ernest, Herbie the Love Bug, Ice Age, Shrek, and Pokémon. My bet is that Mission: Impossible isn’t the only one of these on the way to becoming a hexalogy.

The second category: Series that meant to be trilogies (some looser than others) and then spawned an additional two heads. Jason Bourne, Jack Ryan, Spider-man, and Terminator are all action franchises with either significant time or creative gaps between the third and fourth episodes. Both of the fourth Child’s Play and Dirty Harry flicks were released 7 years after the third ones. Vegas Vacation came eight years after Christmas Vacation. The fourth Karate Kid was not The Karate Kid Part IV, but The Next Karate Kid. The Twilight series only earned its fifth film on a technicality by splitting the adaptation of the fourth book of the series into two.

But wait—we also have our runners-up waiting in the wings, those quadrilogies planning on becoming pentalogies. Jurassic Park, Mad Max, The Mummy, and Pirates of the Caribbean all have sequels in the works—and who knows if we’ll ever see that fifth Indiana Jones Disney likes to tease. Admittedly, the distinctions between the two categories are a little fuzzy, but I feel confident saying none of these serials had planned on becoming five-parters; it was just the luck of the draw and the box office.

Fantastic Beasts is a weird merger of these two categories. It’s a follow-up to a series that once seemed complete, but we could also easily see another spinoff about a character with a briefly mentioned existence in Newt’s movie. Time will tell if Fantastic Beasts is the Amazing Spider-man meant to reinvigorate a franchise, or if its only ties to other films is magic, much like the only connection between the Step Up films is dance.

Where Does Fantastic Beasts Leave Us? 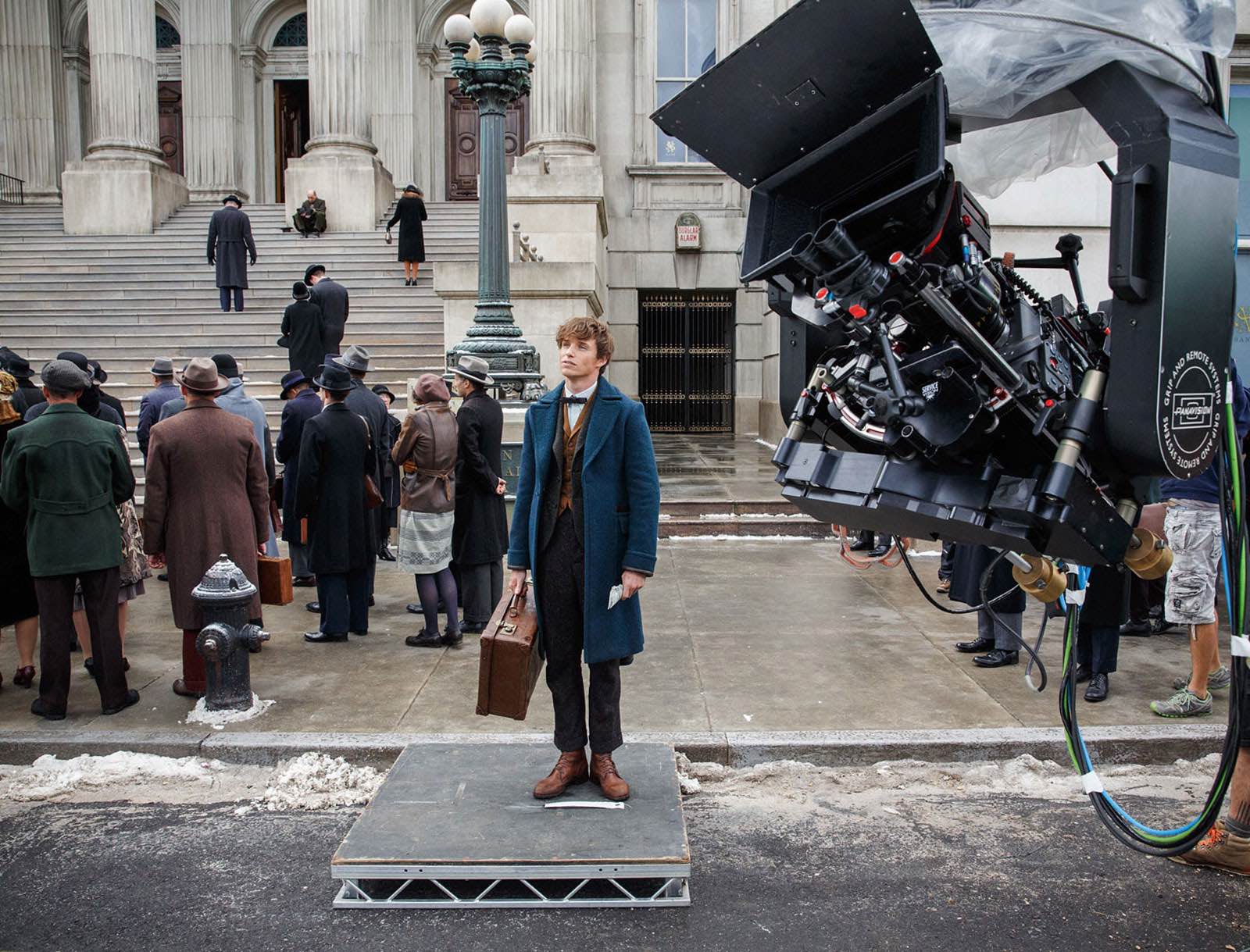 Eddie Redmayne on the set of Fantastic Beasts and Where to Find Them (2016).

We’ll know more after its opening weekend. If it underperforms, we may not be hearing the term “pentalogy” so much after all. Five CGI-heavy films are a large investment, even if they seem like a reasonable risk, and it would be easier to change the sequel count now to cut losses later.

But if it meets or exceeds expectations? That would be treading new territory, too—and likely mean the death of the traditional trilogy. Disney hasn’t put an end date on Star Wars, and why should they? If Jason Bourne can dash a surprising sprint at the box office 14 years after his first mission, why shouldn’t the wizarding world be able to keep up with its longer history and a shorter gap between releases? When recycling until recycling isn’t profitable anymore works so consistently, what is the use financial function of a trilogy anymore? Once again, a question impossible to answer.

*Update: A helpful reader mentioned she has bought Fantastic Beasts merchandise that features a logo for “J.K. Rowling’s Wizarding World.”