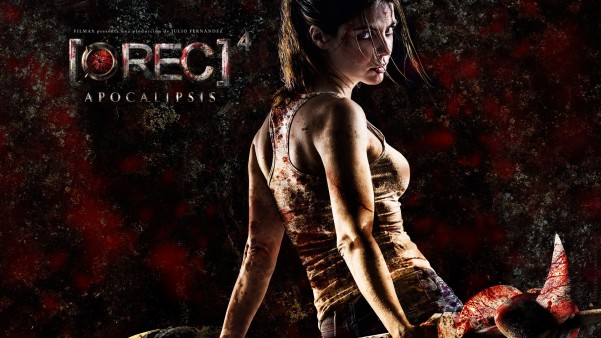 With all due respect to the Saw and Paranormal Activity series, neither of which deserve much respect, the REC series from Spain is the most solid franchise in present-day horror. Part 1 is the scariest movie in the last 10 years. Part 2 is a direct continuation of the first by the same duo of directors, Paco Plaza and Jaume Balaguero, and continues the quality of the first.

In part 3, it gets interesting. Not only does the story diverge into a new plot, with a wedding in the center of the zombie attack rather than the apartment complex, it was also directed by only one of the two. They split the final two sequels amongst the two of them, with Plaza directing part 3 and Balaguero directing part 4. Part 3 was knocked a bit for reverting to schlocky action sequences, but I was a defender of the film. Sure, the criticism is true to an extent, but Plaza wore the schlock proudly, with the heroine being a blood-soaked bride that would make Tarantino proud, who always had a bare leg sticking out and a chainsaw in hand. Schlocky, but a film that never was lost control by the director.

In REC 4: Apocalypse, we get back to not only the plotline of the first film, but also the serious tone. The problem though is that the film does not have the unrelentless brutality of the first two and gets bogged down by an overly serious plot. 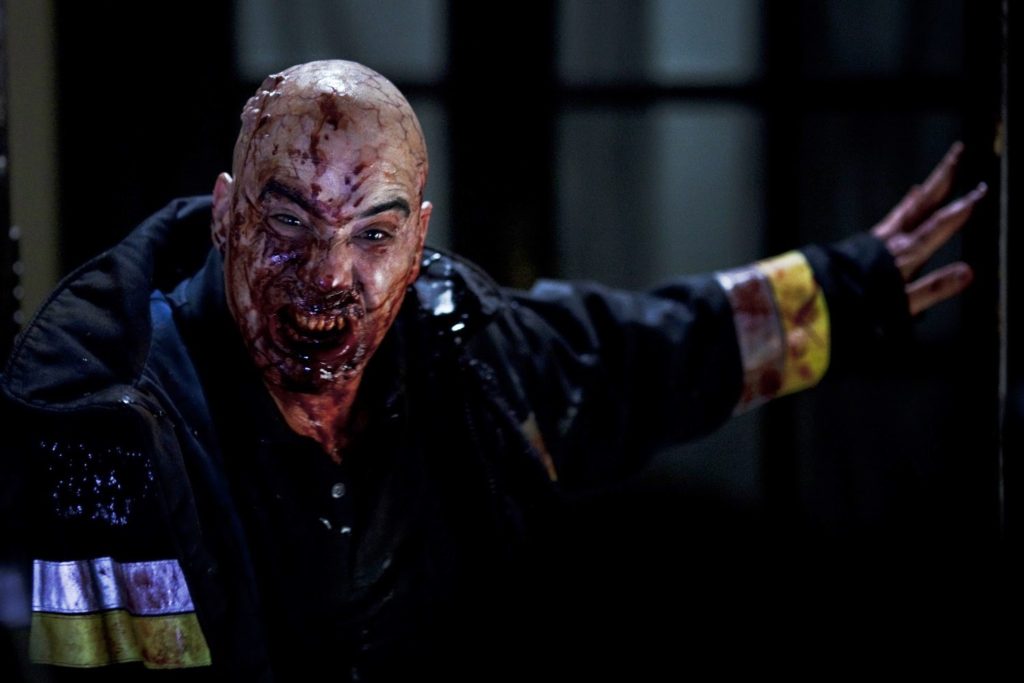 We pick up immediately following the rescue of reporter Angela (Manuela Velasco) in the doomed apartment building featured in the first two. She turns up on a ship with top-secret government officials, some of whom do not conceal their evil intentions too well. They continue to test Angela, as they are not convinced she is clean after spending so much time in the apartment. She has a few allies on board, including soldiers Guzman (Paco Manzedo) and Lucas (Crispula Cabezas) who were the ones to rescue her from the apartment. Angela is poked, prodded and held prisoner by the agents. After she turns up clean, the theory shifts from her not being infected to her unintentionally carrying the origin of the virus.

The only problem is what is inside of her can infect others without anyone, including her and the new host, knowing.

Which leads to someone interesting territory in the film. Balaguero is influenced by films like Alien and The Thing, and it is obvious. Why it falls short is the movie’s need to over-explain what those films didn’t feel necessary.

REC 4 completely abandons the found footage aesthetic of the first two. Part 3 also abandoned it after 20 minutes. Since this is supposedly the finally installment of the franchise, though it hardly feels that way, the short and easy guide to the franchise is that the first two are incredible; part 3 is more underrated than you will hear, though not perfect; and part 4 is more overrated than you will hear, though by no means bad.

And if it is indeed the finally installment, REC 4: Apocalypse is still a worthy installment in the best franchise that is (possibly) still going today.