Film Review: IF I STAY

If You Can Stay Awake During This Drivel, My Hat’s Off To You 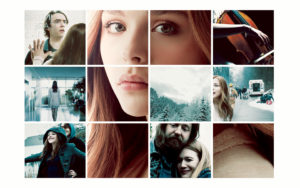 If I Stay is an artless hodge-podge of recycled teen romance clichés with nary an original bone in its body.  The experience of sitting through it feels remarkably similar to what I imagine it would be like to shotgun the highlights of a whole season of some dopey CW teen soap opera on YouTube.

I can’t help imagining that original director Catherine Hardwicke might have been able to salvage something interesting or entertaining out of this mess of a script—after all, she was able to sneak in some meta-textual snark into the first Twilight movie (there’s only so much you can do to help that, though).  But alas, Hardwicke was replaced, and then her replacement was replaced, and this revolving door of directors (finally ending on RJ Cutler, directing this as his first narrative feature) goes a long way towards explaining how formulaic and generic the movie is.  The dialogue is beyond hokey; as if the process of scriptwriting was little more than a copy-paste from a random assortment of generic teen romance movies, shoehorned into the narrative supplied by the young-adult novel upon which if I Stay is based.

For a story that shares some thematic material with the infinitely better “The Fault in Our Stars”, this movie revels in inauthenticity.

The teenage heroes of If I Stay talk like what clueless Gen-Xers think modern teenagers must sound like, or worse—what those same Gen-Xers think they must have sounded like when they themselves were teenagers.  Worse still, I didn’t even have much of a grasp on who these characters even were, beyond surface-level characterizations (Mia [Chloë Grace-Moretz]’s big important character trait is that she loves classical music).  Furthermore, characters do not act with any sense of consistency from one scene to the next—Mia’s boyfriend, Adam (Jamie Bleckley) is the biggest offender in this regard; he goes from being the best boyfriend ever to the biggest dick ever and back again, randomly switching from one scene to another, changing personalities like costumes.  This would be appropriate if he were meant to be a character with borderline personality disorder, but as best as I can tell, he’s meant to be this wonderful and desirable love interest for Mia.  Mia’s parents (Mireille Enos [batting zero this year; her last movie was the nihilistically ugly and awful Sabotage] and Joshua Leonard) fare no better; they are nothing more than cookie-cutter “kewl”; former punk rockers turned permissive (but still embarrassing) parents.  Yawn.  None of these characters are in any way memorable; an hour later I could not even remember any of their names and had to look them up on IMDb. 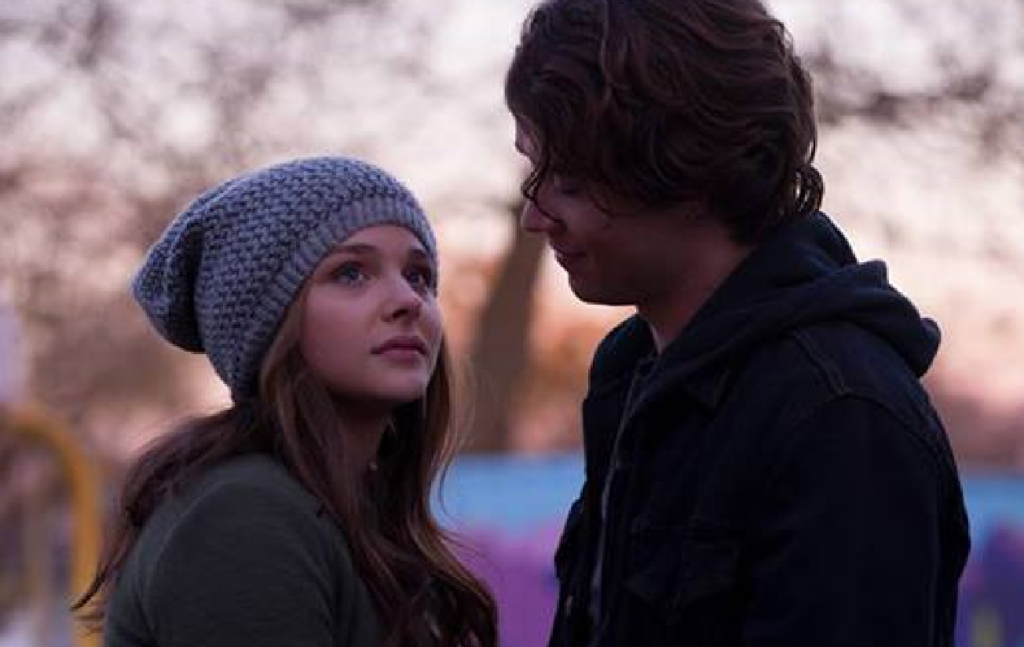 There is but one shining moment of true humanity in this film, and it comes from the great Stacy Keach, slumming here in paper-thin role that he nonetheless elevates with a heroic moment of real acting.  Even though his character (who doesn’t even get a name; he’s only ever referred to as called “Gramps”) doesn’t show up until the movie is already halfway over, Keach, who is way too good for this derivative claptrap, makes the most of his brief screentime.

If I Stay grasps at originality by hinging on an out-of-body experience (the title, I assume, means “If I stay alive”), but even this turns out to be little more than a lame framing device for telling most of the movie in flashback.  Beyond that, it’s essentially meaningless.  I have no idea what the point of it was, or what this movie was trying to say, aside from trying to adapt a popular YA novel.  If I Stay thinks it’s unique, but it’s wearing its facsimile of uniqueness like a cheap Halloween costume off a dollar-store rack.  Under the thinly veiled artifice, this is nothing more than a run-of-the-mill, paint-by-numbers teen romance.