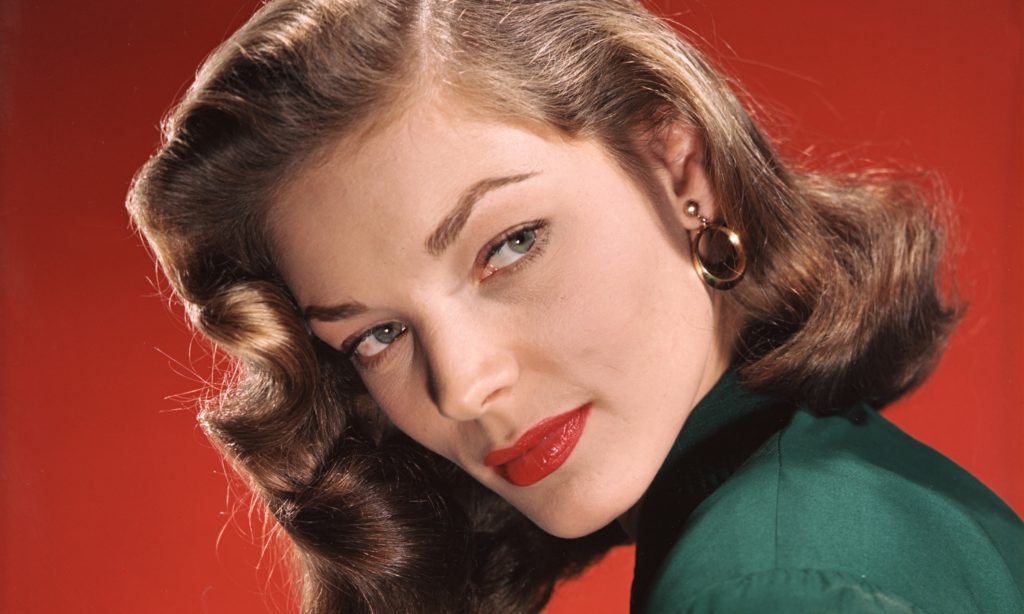 Jim Tudor:  Far be it from me to declare who’s a “real woman” and who isn’t, but few would challenge Lauren Bacall on the title.  Celebrity came quick, as she started her career with a bang – or rather a whistle (“you put your lips together and …blow”) in 1946’s To Have and Have Not.  Her presence was dominating; the camera loved fewer actors more than her.  Bacall had that thing I like to call “impossible beauty”, a certain presence and allure all her own, yet it very well may not have existed outside of celluloid.  Bacall was in this regard most unfair curve-thrower of the fairer sex – and everyone loved her for it.

And although she entered the film business via modeling, her long and fruitful career proved her to be far more than a pretty face, carrying on  well beyond the physical beauty of her youth, which gave way to a more lasting and mature presence, a true but good Grey One (the ruling animated mouse she recently voiced in the English language dub of the charming French animated whimsy, Ernest & Celestine.)  She brought a smart, knowing, and self assured sensuality to her work, one that felt authentic, and audiences needn’t have felt any shame over.

Lauren Bacall is a woman who would stand up to headstrong director John Huston when Huston needed standing up to.  In that regard, it’s no wonder that her re-occurring costar Humphrey Bogart scooped her up right quick, making her his fourth wife. 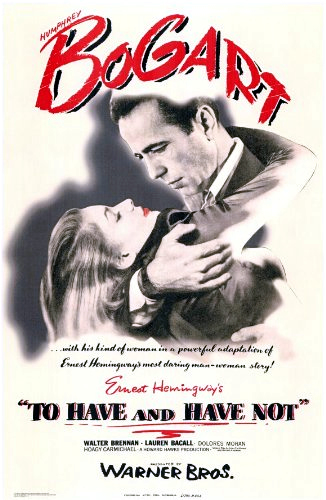 Lauren Bacall was the epitome of sexy-cool. She was young, just 19, when she starred opposite Humphrey Bogart in To Have and Have Not, and yet she seemed in complete control on screen. With her sideways glance, angular features, and that husky voice delivering sexually loaded dialogue, Bacall never seemed like a damsel in distress. Nor did she play the classic femme fatale. She was neither predator nor prey, this one, but came across as her own agent: smart, sly, aware of and enjoying her own powers.

Of course, that was a screen personae. The real Lauren Bacall was far less confident than she appeared, and not always savvy in handling her career. But even smart decision making wouldn’t have saved her work from being overshadowed by the epic Bogie-and-Bacall Hollywood romance. She alternately resisted and embraced that long shadow throughout her life, but she kept on working. Just this year she did voice work on The Family Guy.

Still, Lauren Bacall will always be best remembered as she was in those early films, opposite Humphrey Bogart: slim, seductive, crazy cool. Bogie fell for her, and the rest of us did, too. Jim Tudor:  This was a woman who fearlessly tread with men folk on whatever madcap jungle safari they were taking part in.  (Quite literally!)  She ran with the boys as one of the original members of The Rat Pack, alongside subsequent flame Sinatra and others.  Lauren Bacall is a woman who would stand up to headstrong director John Huston when Huston needed standing up to.  In that regard, it’s no wonder that her re-occurring costar Humphrey Bogart scooped her up right quick, making her his fourth wife.  The surprise, perhaps, is how enduring and lasting their union proved to be. “Bogie & Bacall” isn’t just a DVD box set that belongs on the shelf of every film lover – it was their status until his death in early 1957.  (The preeminent detective noir The Big Sleep might make little sense on paper, but who cares – it’s Bogie & Bacall!).

With her sideways glance, angular features, and that husky voice delivering sexually loaded dialogue, Bacall never seemed like a damsel in distress.

Lauren Bacall, nevertheless, did not slow down.  Hers has been a career that spans a mind-bogglingeight decades (!), running the gamut of Howard Hawks to Barbra Streisand to Lars Von Trier.  Not bad for a “flat-chested, big-footed, lanky thing”, which was how she regarded her youthful self.  Sure, she lost the Oscar in 1997, and that was humiliating.  It was one of the few times that Lauren Bacall did not get what she wanted on camera.  But her life and filmography more than make up for that.

It’s a cliche to pronounce a newly deceased actor with this kind of longevity “the last bastion of Hollywood’s Golden Age”.  It wasn’t true for Elizabeth Taylor a few years ago, nor Katherine Hepburn before that, and it isn’t true now.  (Olivia de Havilland is still alive, people!). But Lauren Bacall stands the test of time the way few actresses of her era do.  She was the right combination of brassy, feminine, alluring, and commanding.  She showed us how to whistle, and what a self-assured woman could aspire to in a male dominated system.