Retirees Go To Iceland. And That’s About It. 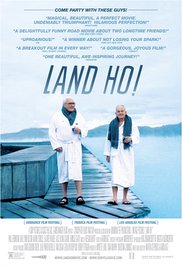 In the sub-sub genre of old guys traveling to Iceland, I suppose Land Ho! is okay at best. Casually referencing Howard Hawks’ Rio Bravo in early dialogue, Land Ho! outs itself as a “hangout” travelog for the seasoned set. (Director and human film encyclopedia Quentin Tarantino calls Rio Bravo the best “hangout” movie ever made – a film where its key pleasures lie in simply spending time with the characters.) In terms of the standard qualifiers that demarcate most theatrical releases great and small (and Land Ho! is most certainly small) – famous talent, a clever plot, or anticipated adaptation – this film offers none of the above.

One can’t be sure, but the film seems to wear its sheer slightness as a badge of honor. It’s as though thirty-something filmmakers Aaron Katz and Martha Stephens (that’s right, it somehow required two people to write and direct this together) said, “Let’s make a film where two single older pals go on a feature length trip – and nothing happens! And in that way, our movie will different from other movies!”

Well… as charming as retiree buddies Mitch (the rich old horndog, played with amusing bluster by Earl Lynn Nelson) and Colin (the cultured level-head, a likeable Paul Eerhoorn) initially are and are intended to be, watching them vacation a desolate landscape does wear thin beyond the running time of a standard TV travel program… one of the shorter TV travel programs. In this way, Land Ho! clarifies that perhaps those wacky shenanigan filled road trip films of self-discovery such as Alexander Payne’s oft-derided Sideways are that way for a good reason. 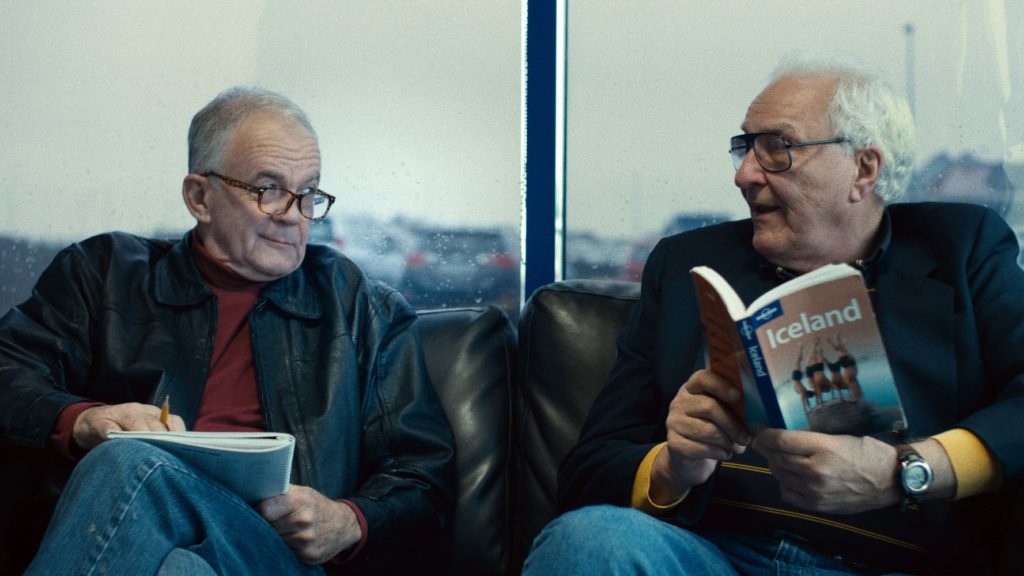 Yes, Land Ho! is intended as a light comedy, one for retirees who prowl art house multiplexes – those theaters so free of teenagers and noisy families – in search of unchallenging fare that go better with wine and cheese than soda and popcorn. For them, and only them, Land Ho!may work. But then again, there’s still the matter that it does get loud and artsy-fartsy at times.

There are just enough visual cues at the very beginning, such as a pair of tossed off back-to-back John Ford shots, to betray the fact that the filmmakers have a knowledge of accomplished cinema before they too opt for vacation mode, shooting mostly handheld with the occasional rudimentary film school flourish. (We know everyone’s drunk because the shot remains out of focus for a short stretch of time!) 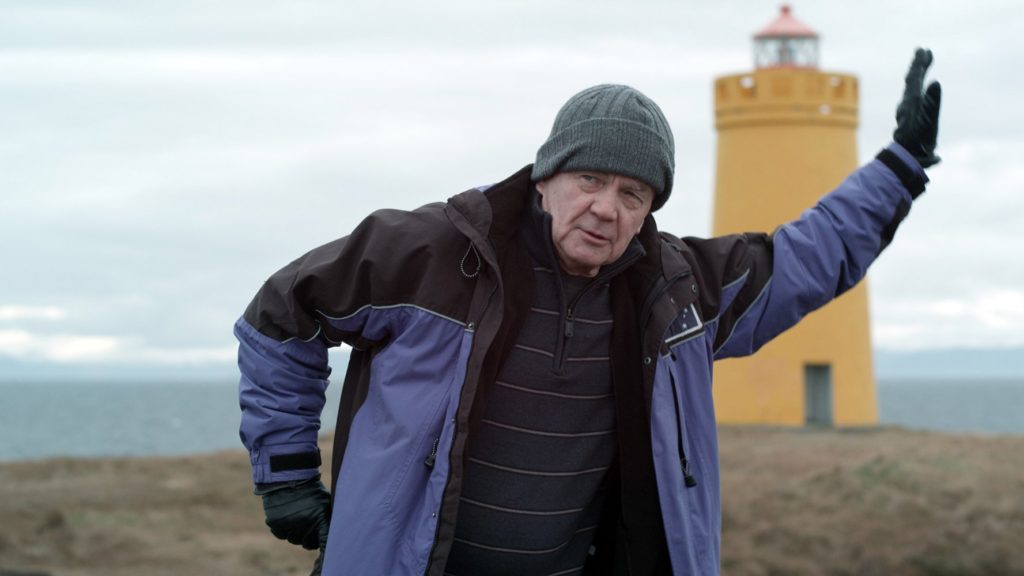 This picture of Colin IS pretty funny. It’s not in the movie.

During Mitch’s quickly belabored dirty old man pursuits, he and Colin find themselves at one point in a very loud thumping dance club. Indeed, the film’s repeated use of rock music (most of it unrecognizable, but still rock) seemingly runs counter to the tastes of the intended audience. However, by the time “In a Big Country” by the band Big Country plays over a prolonged slow motion shot of the guys strolling off, we’re as happy to see them amble off as they are to be venturing into the hot spring they’re going into.

It does, for what it’s worth, save viewers the cost of a plane ticket to Iceland.