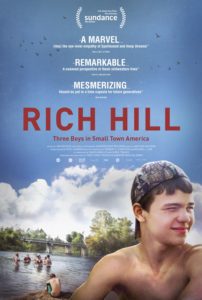 It’s easy, from the outside of poverty, to see it as simply a matter of cash flow. People in the middle class (like myself) look at those enmeshed in poverty and think a dollar amount would fix what’s broken. Or we imagine what we would do, if we were poor and struggling: we glibly talk about the bootstraps by which we’d elevate ourselves, and we can’t figure out why others aren’t doing the same sensible things.

It’s an utter failure of empathy, and it’s nearly inevitable. How, without experiencing it, can we understand what systemic poverty does to communities, families, individuals? The documentary Rich Hill gives us a heartbreaking glimpse into the lives of three teenage boys living Rich Hill, Missouri. It’s a small town in obvious decline, but even in this setting Harley, Appachey and Andrew are in dire straits. 15-year-old Harley’s mother is in prison for trying to kill his stepfather. Harley lives with his grandmother, who seems to be doing her best to give him a stable home, but he is angry beyond measure. Appachey is one of several siblings living in chaos, with a single mother who admits she went straight from childhood to parenting without any chance to prepare for life as an adult. At only 13 Appachey has been told he has ADHD, Bipolar disorder, OCD, ODD – and maybe Asperger’s. And then there’s Andrew, also 13 as the documentary begins. In a way, Andrew’s story is even more difficult to watch. He seems naturally sweet, loving and positive. He is openly adoring toward his parents and twin sister, and unlike Harley and Appachey, seems to do well in school . But Andrew’s mother is mentally ill and seldom leaves the house, and his father is kindhearted but restless. As Andrew explains, his father doesn’t like to settle down into one job – or one home, apparently, since the family is constantly moving from one small town to another. Over the year and a half covered by the documentary Andrew’s constant smile begins to fade as every new start ends in another move. Eventually the family is reduced to living with relatives as Andrew’s father dreams of mining for gold in “Alaska, or Australia, or England.” 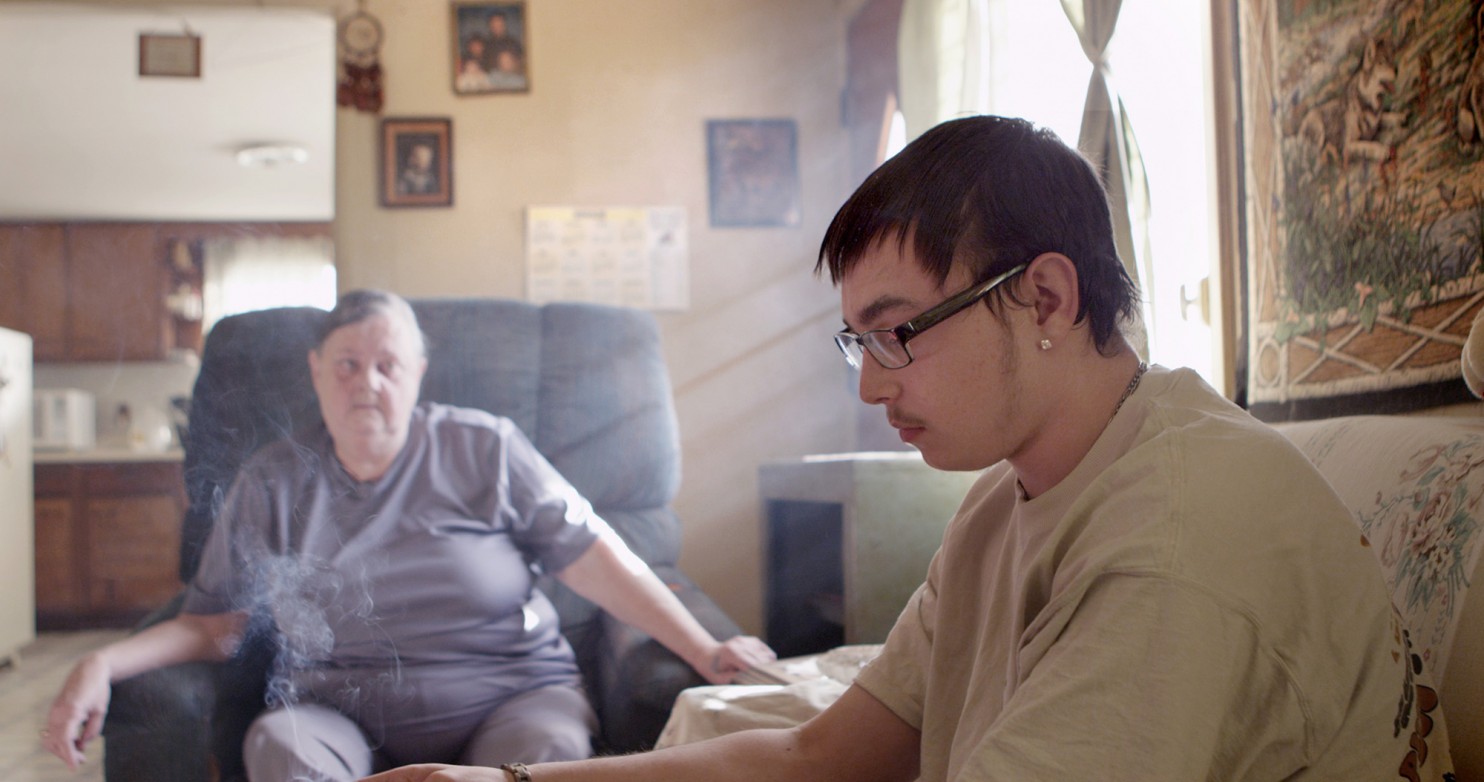 Rich Hill takes these boys and their lives seriously, but it doesn’t gloss over the troubling patterns in their families. Nearly everyone smokes, including 13 year old Appachey. The boys seems to run on a steady stream of sodas and energy drinks. Many of the parents seem ill equipped for the task. But every impulse to judge these families harshly is tempered by seeing the love these parents and children have for each other. When Appachey is eventually sent to a juvenile detention center, his mother’s mixture of sorrow and relief seems entirely understandable. Andrew’s father is a dreamer, but even his dreams seem stunted by his surroundings. At one point he expresses a desire to have enough money to take his children some place special – “The Dollar Store, or Walmart.”

Andrew’s father is a dreamer, but even his dreams seem stunted by his surroundings. At one point he expresses a desire to have enough money to take his children some place special – “The Dollar Store, or Walmart.”

Andrew Droz Palermo and Tracy Droz Pargos co-directed Rich Hill, and manage to find moments of joy and beauty even in largely grim surroundings. Appachey, Harley and Andrew are still children, really, and it’s oddly comforting to see them behave as children – Harley, trick or treating on Halloween; Andrew playing with fireworks in the Fourth of July. Even the town looks softer and sweeter in some of these scenes, but for these boys Rich Hill is a dead end. How will they ever escape the generational deprivation and despair that have trapped their parents? 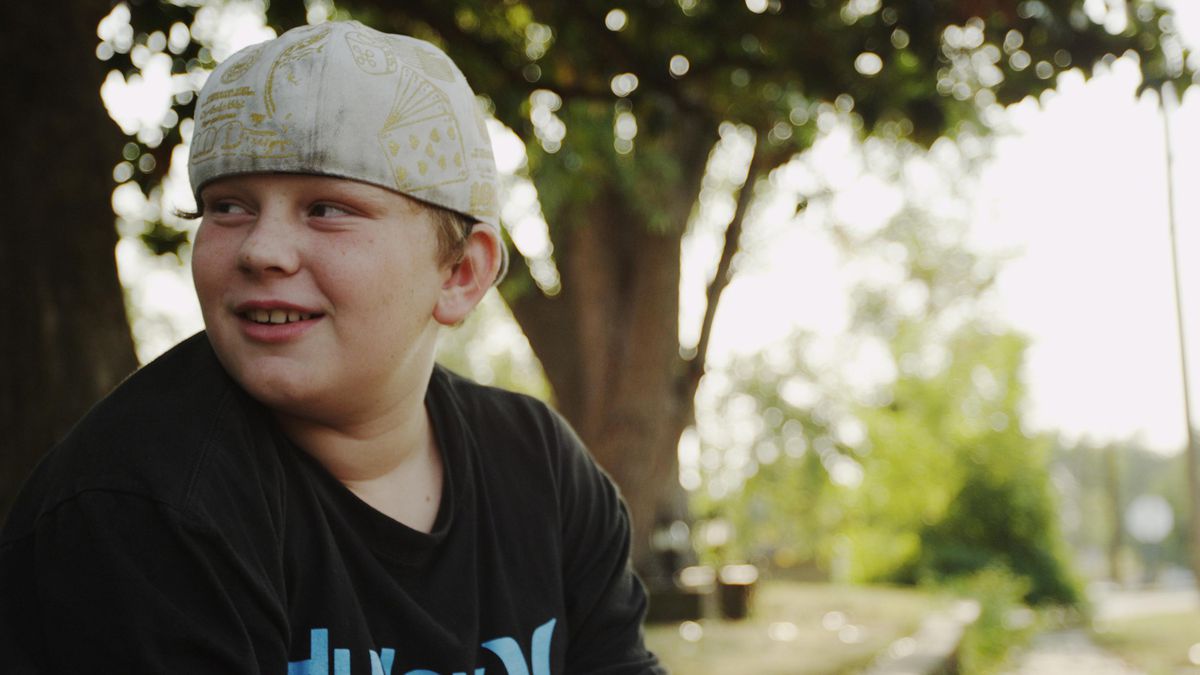 The Rich Hill 4th of July fair is shown twice in the movie, two summers in a row. Each time a pie auction is held, and individual pies are shown going for over $3,000. I’m sure it was for some sort of good cause, but watching the scenes I felt anger over the bidding – an ostentatious display of wealth in a struggling community. I wondered what Andrew’s family could have done with $3,000, or how Appachey’s mother could have used it to improve the lot of her children. But the kind of bondage these families live in – a toxic brew including mental illness, abuse, divorce, and limited education – is stronger than $3,000 can fix.

The movie offers hope, but it feels like a thin and very fragile thread. At one point Andrew talks about his faith in God. “I praise God. I worship him,” says Andrew. “I pray to him every night. Nothing’s came, but that’s not gonna stop me. This is what comes to my mind: God has to be busy with everyone else. Someday he’ll come into my life…..It would break my heart if He didn’t.”

It would break my heart, too.