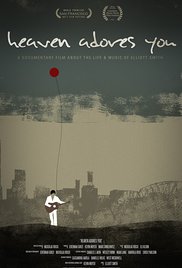 Heaven Adores You is a Kickstarter-funded project about the life of singer-songwriter Elliott Smith. It was made by fans for fans and never goes beyond a surface-level understanding of the artist. Despite the film featuring multiple interviews with friends, family and collaborators of Smith, what we are shown of these interviews gives very little insight into the life of the Oscar-nominated troubadour. Elliott’s lifelong struggle with drugs and alcohol appears to have its roots in a difficult childhood, but we’re never quite sure to what extent because the film runs away from exploring the man and his demons. What we get is a very dry celebration of an artist told through a straightforward recitation of facts like his place of birth, cities he lived in, and bands to which he belonged. Heaven Adores You is akin to filmed liner notes.

Those who watch “Heaven Adores You” will leave the film wanting to seek out more of the artist’s work. In creating that desire, the film is successful.

This is director Nickolas Rossi’s first film, and he does include many beautiful images of city streets throughout Heaven. He’s got a good eye for capturing urban blight and these images make a good accompaniment to the contemplative and moving Elliott Smith songs featured throughout the film. The film’s structure is cyclical. We get a talking head interview from someone from Elliott’s past followed by a still photograph followed by a shot of one the cities Elliott lived in accompanied by a song from Smith’s catalog. The film repeats this pattern continually and given the lack of insight into Smith’s past or what drove the artist, the imagery cycle becomes grindingly repetitive. 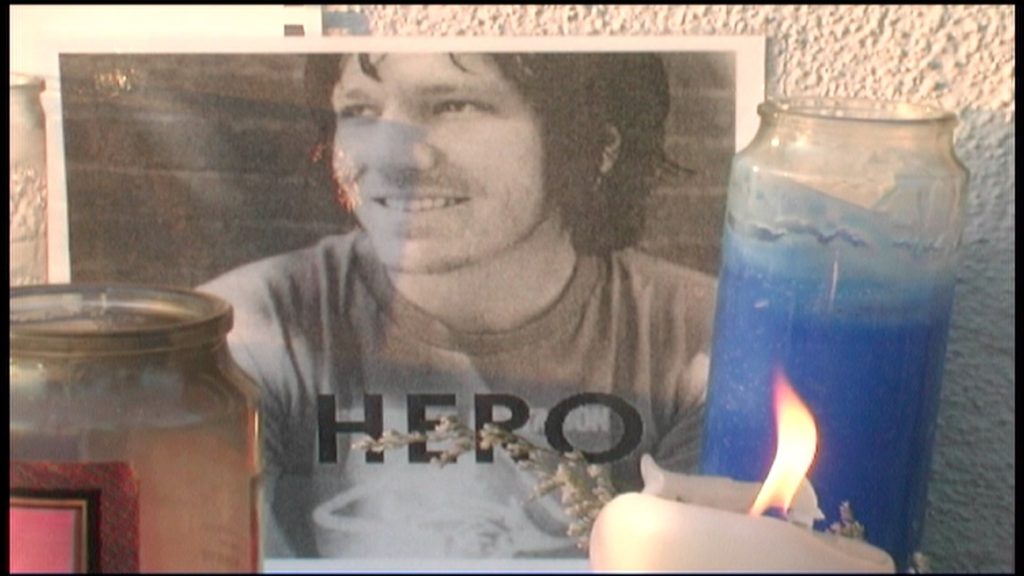 Smith’s songs are haunting and beautiful, though. Those who watch Heaven Adores You will leave the film wanting to seek out more of the artist’s work. In creating that desire, the film is successful. Fans of Smith’s work will enjoy hearing early songs that he recorded in high school. These songs are funny, interesting and more sophisticated lyrically and musically than what you would expect to hear from a high schooler. You’re left thinking, I bet there are some great stories about the artist as a young man, but we don’t get to hear these stories. Mostly we get a dry recitation of song and album titles from his collaborators. Smith mega-fans will find value in this, no doubt, but none of this adds up to a very compelling narrative.

Elliott Smith gained national attention after getting nominated for Best Song in 1998 for “Miss Misery” which was featured on the Good Will Hunting soundtrack.  Shortly after, he was signed by a major label, released several critically acclaimed albums and toured across the world. A few years later he died of multiple stab wounds to the chest which may have been a suicide attempt or possibly murder. This story, while tragic, could be the basis of a fascinating documentary, but the filmmakers eschew the urge to dwell on the more lurid aspects of Elliott Smith’s story. They clearly respect and admire the artist, but don’t appear to have enough critical distance from the subject to tell the artist’s whole story.