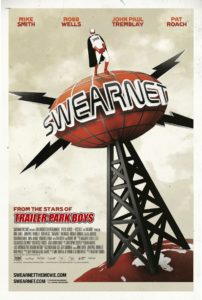 Robb Wells, John Paul Tremblay, Mike Smith, and Patrick Roach, among others, have all appeared on the series Trailer Park Boys.  With over 8 seasons, apparently these guys have developed quite the following.  Based in Canada, Trailer Park Boys is a mocumentary following the interactions of a bunch of fictional trailer park residents.  What they are really known for, though, is their incredible amounts of swear words, sexually explicitly humor, and pranks on one another.  And since that has found them success, they’re back to offer more of the same.

The basic premise of this so-called film is that while trying to do something new as a team post-Trailer Park Boys, the fictionalized versions of the real actors find that no one is interested unless they are willing to tone down their act.  Cable stations even are looking for a softer version of their irreverent humor, but not willing to pay for them doing what they do best.  When Mike sabotages a meeting with the cable company CNT, he comes up with the idea to create their own web-channel.  Even if getting only a portion of their fan base to give them $5/month for access to the channel will make them lots of money.  So they begin to record everything in order to put it on their new channel.  This includes tons of insults about Robb’s girlfriend, genitals showing up on camera, fake news programs, and their coverage of a giant race that John Paul is wanting to drive in to honor his late father. Throw in some loan sharks, Sebastian Bach, and others and you have a movie. 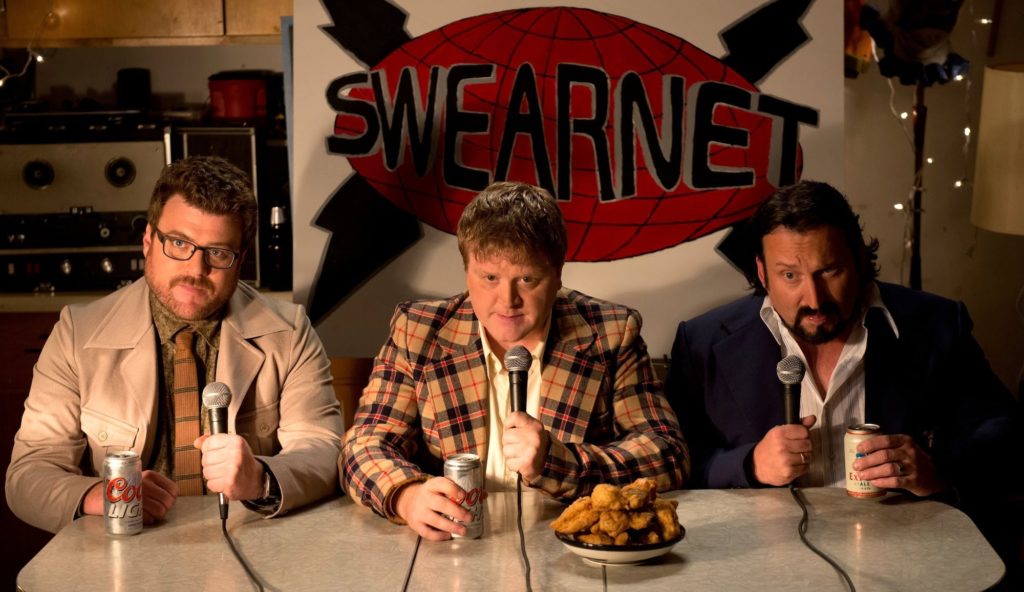 Honestly, I can’t believe I took the time to actually type up the plot of this film as the plot is really just a loose skeleton to prop up what the real purpose of this film is: and that is to simply be vile.  The title is Swearnet: The Movie, and that is about all you get in terms of dialogue.  So much so, that it is never funny and is just an obvious attempt at shock value.  After the first minute of swearing, there is no way anyone is shocked anymore.  This just leads to it being a really boring film.

Most of the gags are not well-thought out, and remind the audience of seeing something similar in any number of bad comedies.  To give you an idea of how bad this is, Tom Green and Carrot Top are considered the “celebrities” of this film.  They are just as bad as the main cast. 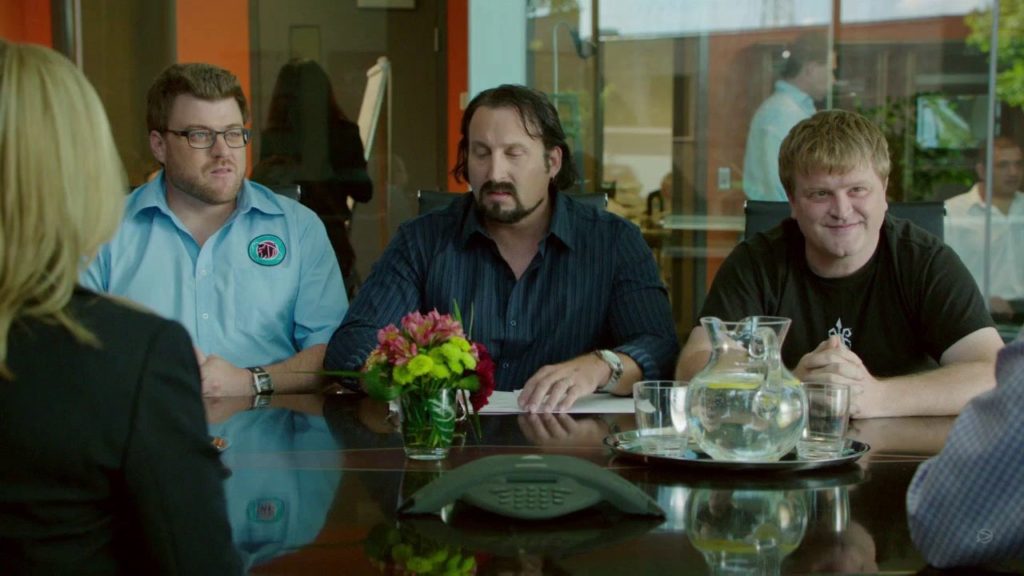 If you have any amount of brain cells still working, then this movie is not for you.  Surgeon General warnings should accompany this film to insure that one does not operate heavy machinery while watching it as the film may induce comatose-like sleep.  Also, if you laugh at any point in the movie, then you should go and see a humor specialist, because your humor is severely off.  Hint: This is not funny!

If this IS your cup of tea, then stream all 8 seasons and their respective Trailer Park Boys movies, but do not ever admit it as it will most certainly be a death blow to your standing in society.

So when you’re expecting a film from the Trailer Park Boys, don’t worry, it lives up to its terrible reputation of being the lowest-brow comedy ever made. But honestly, what did we expect?