In an effort to fill in gaps in our personal filmographies, I’ve joined my fellow contributors at Twitchfilm.com (a film site I’ve contributed to since 2005) in a monthly exercise they call “Full Disclosure: The List of Shame”. The idea is simple: Each month we watch one noteworthy film that we’ve somehow never seen before, and then go public with our re-actions to it. Participating has been one of my own most valued and enlightening cinematic aspects of 2013, and I look very forward to continuing in 2014.

My List of Shame entry for December was the celebrated enigmatic French romance, L’Atalante – the first and only feature film of the lauded Jean Vigo. While perhaps not a widely seen film by most folks in this day and age, L’Atalante may be considered a “filmmaker’s film”, or something akin to that. It is, however, worth being on the radar of anyone interested in film history, and who loves a good breezy character piece. Here is the full version of my take on L’Atalante… 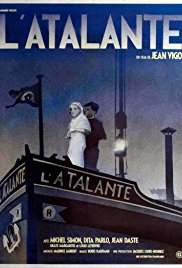 Jean Vigo – filmmaker, tragedy, enigma. Only three films, only one of them a feature. And still, an undisputed marvel in cinema history. Francois Truffaut adored his work, and made darn sure everyone knew it. Is it true that there’d be no French New Wave without Vigo? One thing’s for sure, it would’ve been a lot less breezy, a lot less intimate.

Vigo died of tuberculosis at age 29, and by much speculation, probably knew he would die young. Which makes the way his films so positively embrace life, in all its eccentricities and mundanities, all the more remarkable.

In L’Atalante (1934, France), a headstrong French village girl, Juliette (Dita Parlo, wonderful), marries a ship captain (Jean Dasté), immediately setting off on his vessel (the L’Atalante) for her first trip to Paris. The subsequent trip is so full of filmmaking spark and charm (thanks in large part to Michel Simon as the scene-stealing eccentric veteran crewman) that you barely notice that most of the film is confined to the ship. More accurately, Juliette is confined when her husband becomes jealous her flirtatious nature. Eventually, defiantly, she hits Paris, and he becomes despondent, seeing her magical image underwater. (Water is everywhere in the film, reading as both contemplative and forceful.) They share a scene of bold 1934 French movie eroticism while separated before finally reuniting. 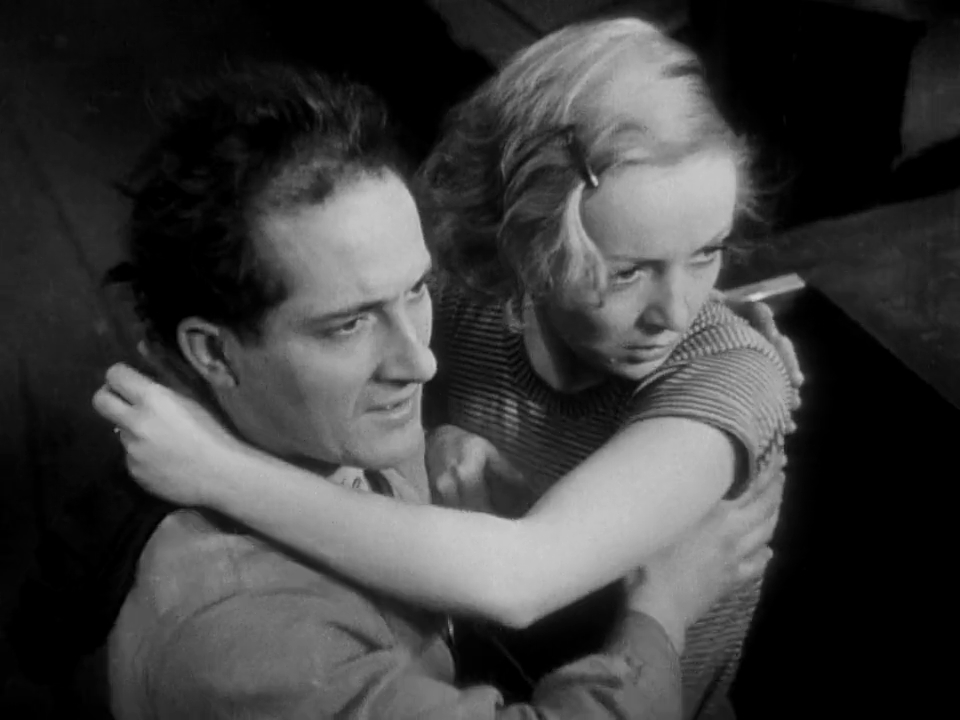 Sweet, unconventional, and perhaps owing to Murnau’s Sunrise, the film is a pre-Citizen Kane world cinema masterpiece-come-lately, as fast and loose as the New Wave it would inspire 25+ years later, but controlled and precise all the same. Vigo’s camera placement is far ahead of its time (presaging the “security cam” shot by a good sixty or so years), even if his point-of-view/screen direction matching is suspect and wonky some of the time. (A character will look and react to something while facing one direction, while the follow-up shot of what he/she is seeing is filmed from a different direction, thus creating a subtle confusion.) Again, this is pre-Kane; still formative for the sound era – and therefore fascinatingly forgivable. Montage and untethered creativity in visuals are the name of the game.

Like Sunrise, it’s fair to call L’Atalante one of the first great “date movies”, a satisfying enigma in itself. 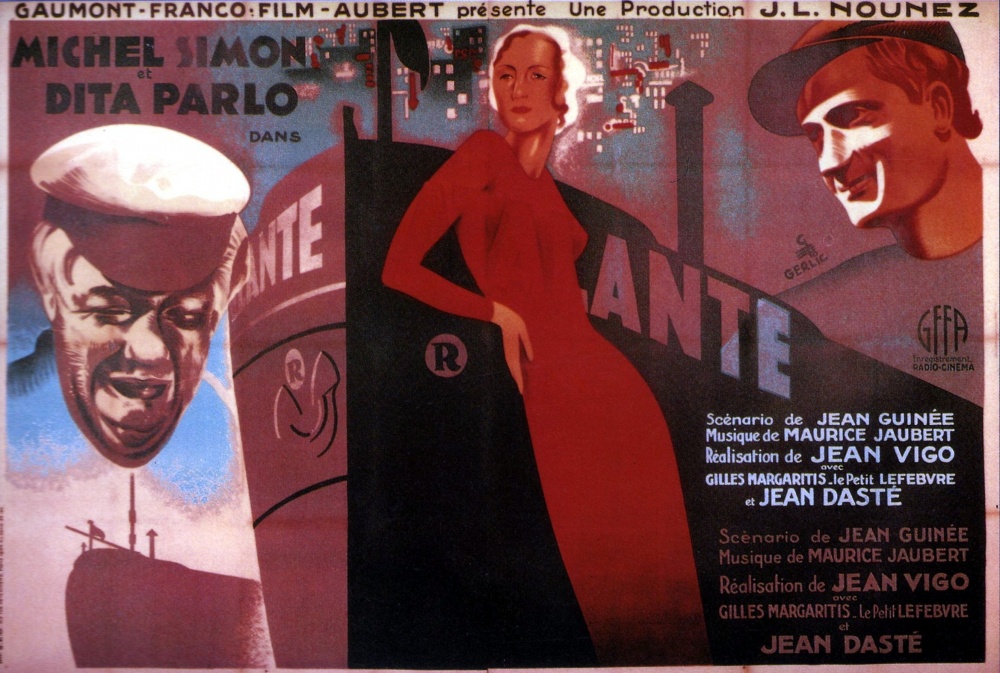