Does This Movie Do Justice to the Greatest Injustice in American History? 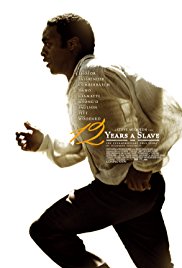 No, seriously. Slavery was very, very bad. It consisted of imprisonment, rape, murder, torture of human life and is nothing short of a holocaust. And The United States of America, a land of freedom, practiced it for years.

The importance of 12 Years a Slave may not be as obvious as other historical movies. The third film from English writer/director/gallery artist/provocateur Steve McQueen is his best and most powerful film (not to diminish his first two features, especially Hunger, which is about as equally powerful)

Solomon Northrup (played wonderfully by Chiwetel Ejiofor) is a free man and a musician living in New York State. He is confronted by two men (Snoot McNairy and Taran Killam, from SNL) promising Solomon of an auspicious gig in Washington DC. After Solomon decides he cannot turn down the money, he travels with the two, is drugged at dinner, and wakes up sold to a brutal slave trader. Solomon is eating in one of the finest diners in the Capitol one moment and is being beaten so hard with a stick that it shatters the next. Solomon crawls to the open window of his prison and screams repeatedly for help. McQueen’s camera slowly ascends and focuses on The White House while we still hear the screams for help. Maybe not subtle, but neither was slavery, and the point still stands. McQueen knows whose fault it is.

America’s history is a tricky subject, to say the least. So much of our past is viewed in trumped-up fondness with an almost dogmatic view of the people who built this country. The founding fathers have become very topical in the last five years and have always been treated as essentially Gods, and The Constitution as the Bible (minus some of those 3/5 of a person parts). The founding fathers are treated as men of pious wisdom, who began a country with only the wisest ideas and if you were to question any of those ideas, well you are questioning America and everything it stands for. 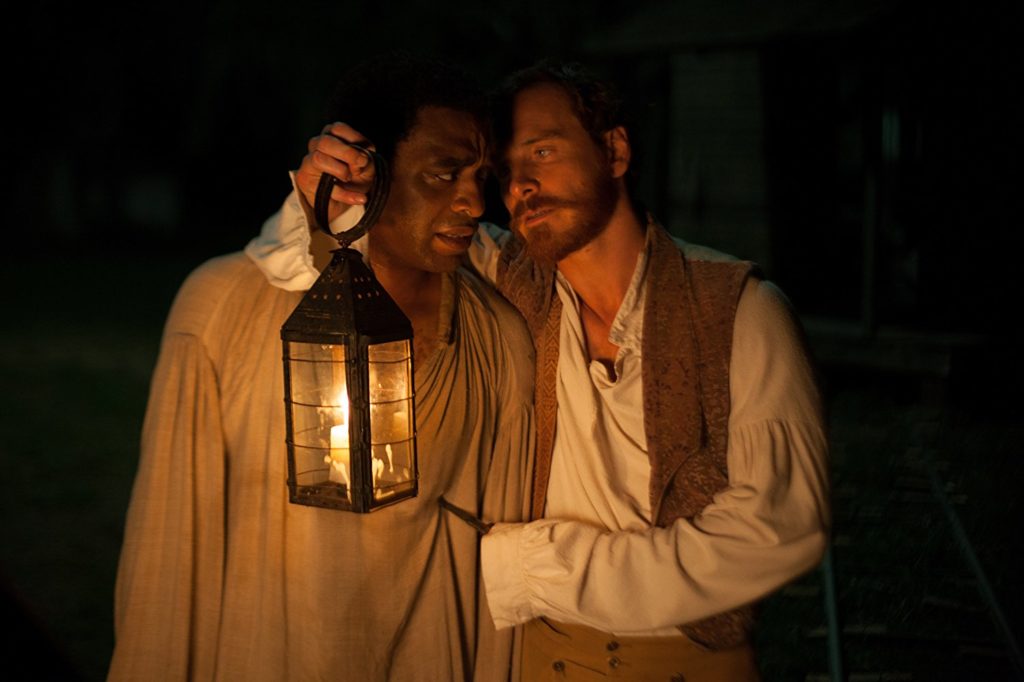 But in reality, the founding fathers were the Barack Obama, John Boehner, Harry Reid, Paul Ryan and Nancy Pelosis of their time: flawed people trying their best and both accomplishing great things and royally screwing up other things. Case-in-point, the founding fathers not only owned slaves, but they set in motion the practice of legal slavery that wiser men fixed almost a hundred years later. But the argument is always that the fathers were so wise and clairvoyant that they cannot possibly be questioned 250 years later, even though they didn’t have the foresight to see that only a century later, slavery was going to be illegal, as it logically should have when they had the ball. Slavery is a sick and inhumane act committed by sick and inhumane people. Even, and especially, the founding fathers.

I bring this all up because this was the anger I felt leaving the theater. McQueen brilliantly doesn’t make a movie about SLAVES, but rather SLAVERY. Northrup leads us on a journey that not only hits many plantations in the south, but is accompanied by beatings, humiliation and hangings. Brutal, neck-breaking hangings. Along the way we meet an array of characters, many of them played by famous actors (Paul Giamatti), some kinder than others (Benedict Cumberbatch), some with deep emotional problems (Paul Dano), some just plain caring and benevolent (Brad Pitt) and some who are played as the closest thing a real life human being can come to a monster (Michael Fassbender, guaranteeing a supporting actor nomination). And all along the way, McQueen forces us to deal with our ideas about slavery. 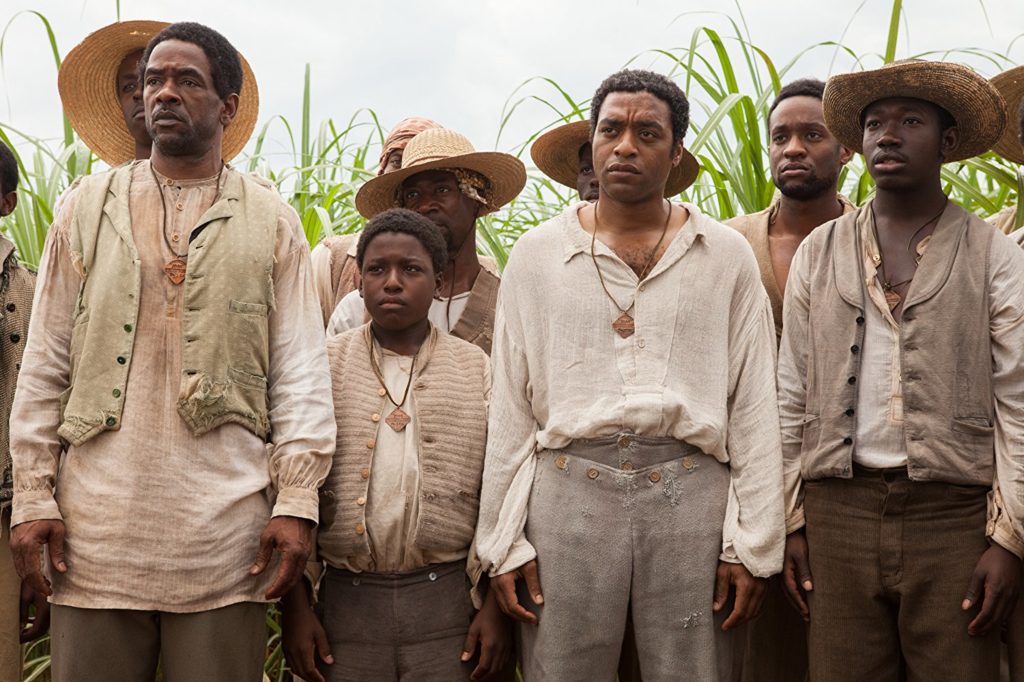 Which brings up another troubling point, societal views on the act of slavery. Slavery happened, we know that. It was wrong, we know that (some more than others). But it’s been reduced to a footnote in our history. We don’t do this with other travesties. We don’t look at what the Nazis or the Soviets did and downplay it all. Yet we do with slavery. And some of that fault lies in Hollywood.

McQueen seems to be trying to right those wrongs. Hollywood tends to do the opposite of what McQueen has done, make movies about slaves. The depiction of slavery in other films has become benign and safe. It’s usually a group of free-spirited-in-spite-of-all-else-being-lost black men and women who are occasionally whipped. Whipping has become the go-to punishment of slaves in film. Whippings did happen, and they are hard to watch, but don’t pull the audience out of their comfort zones, as we have seen the act so many times. McQueen, pulling from his skills as a gallery artist, is determined to pull you out of that comfort zone. Whippings are in the movie, but they are harsh and exacting. Almost impossible to watch, as they should be. Add in long shots being held of Solomon being hung within an inch of his life while making gagging noises. Add in some of the aforementioned humiliation and beatings, and you have an idea, but only an idea, of what the movie holds for you. Why is this all necessary? Why can’t the audience be given a quick whipping and get on with the movie? Because this all happened. And though we may not have been directly responsible for it, our country was still built on slavery.

But wasn’t our country built on hard work and determination?

Wasn’t it built on freedom and liberty?

No. It was built on slavery. And our worship of those who were greatly responsible proves that we may not fully understand that.

Everything is impeccable in the film, including the acting. Watching Ejiofor and Fassbender bounce off each other is a treat. Ejiofor is the backbone of the movie, but Fassbender’s character Edwin Epps presents the terror that rests over the whole film. The threat of what this psychopath can do elevates this film to a new level in spite of thinking the movie was already at the top level before he appears. Actress Lupita Nyong’o also gives a knockout performance of her own, playing Patsey, a slave who is lusted after by both Northrup and Epps, and probably loved by both too.

After escaping slavery, Northrup wrote his book in 1853. His writings fueled the anti-slavery movement that eventually led to the abolishment of slavery. Eventually, and unfortunately, his story fell into obscurity. As did the horrors of his stories. Eventually though, his book was rediscovered, and in the early 60’s, began elevating in a popularity that culminated into this film. And with the help of this incredible movie, it will make sure his story, and the stories of unforgivable sins our country committed, are never ignored, denigrated or forgotten again.