Film Review: LOVE IS ALL YOU NEED 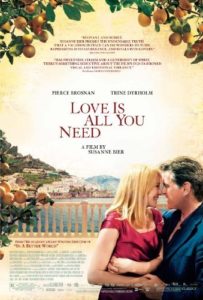 I have a theory that everyone in Denmark has experienced some jarring childhood trauma expertly suppressed with cheesy pastries and stylish, uncomfortable chairs. How else do you explain the savagely dark films that come out of Denmark, that otherwise happy Scandinavian sovereignty? Susanne Bier has emerged from this odd milieu, mostly free of the nightmares that haunt Lars Von Trier’s fitful sleep. Her Oscar-nominated After the Wedding was an incredible story about death, impermanence and legacy. Her Oscar-winning In a Better World deftly explores the repercussions of violence. So naturally her next project would be a romantic comedy that looks like a spiritual successor to Mamma Mia.

The generically titled Love Is All You Need takes us to Italy’s Amalfi Coast, where family drama goes to disrupt idyllic lemon groves. Young lovers Astrid (Molly Blixt Egelind) and Patrick (Sebastian Jessen), swept up in a blitz of romance, have decided to take the plunge only three months after meeting. A rushed but lovely wedding/festival at an Italian villa is in order and made wholly possible by Patrick’s fresh produce magnate father, Philip (Pierce Brosnan). The mother of the bride, Ida (Trine Dryholm), is a bubbly hairdresser who, ironically, wears a wig to cover the effects of her recent chemotherapy. She’s also recovering from catching her boorish husband Leif (Kim Bodnia) in bed with “Tilde from accounting” whom he has the gall to bring to the wedding.

Now Ida must endure a weekend of sitting across dinner tables from her husband and his flame while keeping a smile on her face for her spritely daughter’s sake. Philip, an absent father himself, hopes to remain unaffected by the proceedings, having lost his wife many years before and replacing her with business calls and power ties. Ida does not interest him at first, but soon enough, the romantic sunsets and stolen glances overcome his steely resolve. Other vivid characters descend upon the villa, such as Philip’s lecherous sister-in-law Benedikte (Paprika Steen) who has dragged along her malcontent, teenage daughter, apparently just to fight with her. Add a recurring musical theme based on “That’s Amore,” travelogue cinematography, and a few shots of a shirtless Pierce Brosnan and you have what I have to imagine is catnip for middle-aged women. 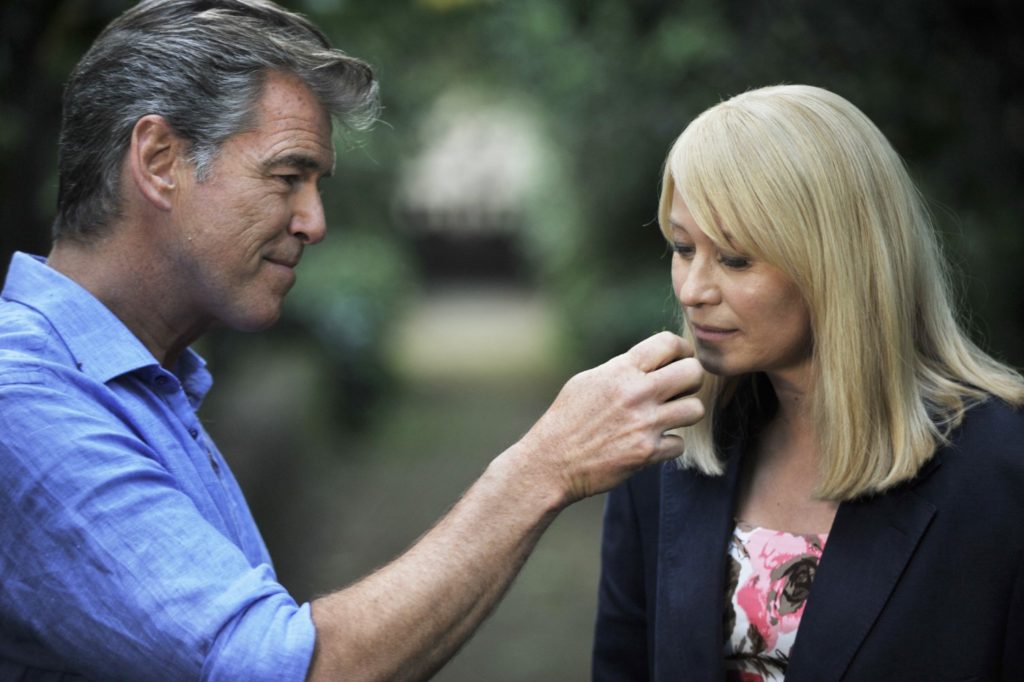 Now, before you think I’m dismissing the Danish rom-com craze—already two in the last thirteen years!—let me assure you, Susanne Bier brings enough Nordic edginess to refresh the paint-by-the-numbers tropes that populate the genre. It’s lighthearted, predictable fluff, but it’s good lighthearted, predictable fluff. The meet-cutes and plot contrivances are forgiven in light of the absolute charm beaming from this movie. Somehow, Brosnan and Dryholm, separated by culture and language, have chemistry that stops just short of Hanks/Ryan territory. Brosnan’s Phillip is just bitter and mean enough to have bite, but charming enough that we gladly accept his apologies. Dryholm’s Ida is a resilient heroine beset by troubles she must learn to overcome instead of ignore. She plays her brightly but not so much to be an annoying Pollyanna. Her Ida is the rarest of characters—a good-natured optimist who we, the audience, don’t secretly root against.

In one amazing scene, Philip catches sight of Ida skinny-dipping in the Mediterranean. He rushes to the shore to scold her for tempting the rip tide; she surfaces elegantly from the waves and scuttles to her wig and dress, but not before Philip regards her mesmeric, post-mastectomy body. In that moment she is Eve the moment before the fall, yet bearing the scars of it. As the characters fall for each other, you believe them, because they have been naked together. Not the Hollywood hanky-panky naked, but the naked intimacy that we all hope we are capable of. 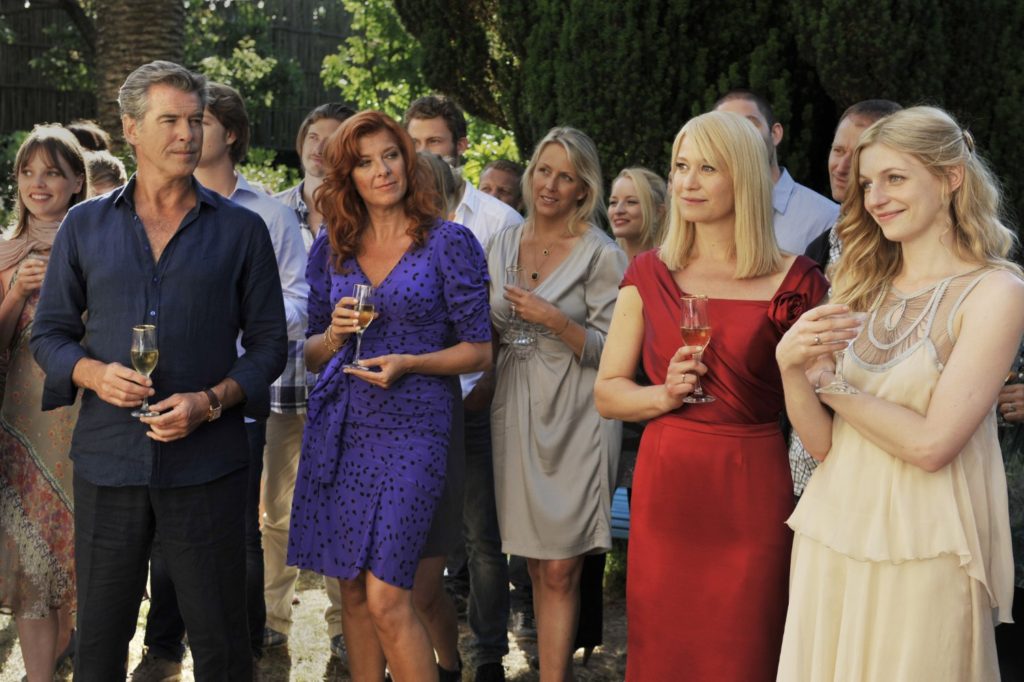 Rom-com screenplays are rarely lauded, but special recognition must go to the bits of meat found in any script of this typically brothy genre. Susanne Bier and co-writer Anders Thomas Jensen have sprinkled Love Is All You Need with moving scenes that would seem out of place in a lesser film. Characters are allowed to say heartrending things to each other. Or rather, they pass along the pain that they themselves may have received either by betrayal or circumstance, hoping that, like a hot potato, they can be rid of their searing anguish by tossing it to whomever is standing closest. But there is no cathartic relief, no resolution, to paying pain forward.

The original Danish title translates to The Bald Hairdresser, a title that, while no less awkward, is much more indicative of the tone of the movie. Breezy, but aching, but hopeful. Like stubbing your toe at a party and hiding your pained grimace by smiling, but then actually smiling. Love is All You Need pricks and prods rom-com clichés so charmingly and harbors enough honesty that you don’t mind the silly title. For fans of Susanne Bier looking for a complete revolution of the genre, you won’t find it here. But for people looking for a pleasant movie about mature romance, this movie is all you need.