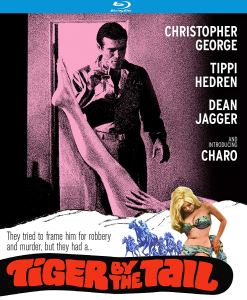 As a child, I spent a lot of time watching television. This wasn’t just the first-run programs, like Knight Rider or Manimal, there was plenty of older syndicated stuff as well. I spent hours upon hours of my youth consuming shows like The Love Boat, Love American Style, The Brady Bunch and Gilligan’s Island. This will, no doubt, be seen by many to be a complete waste of a young life. Not so, for all of this was in preparation for the moment when I would sit down to watch Tiger by the Tail.

Tiger isn’t great cinema by any means, buts it’s a perfectly pulpy take on a western crossed with a detective story.

In Tiger by the Tail, Christopher George (Rat Patrol, Enter the Ninja) plays Steve Michaelis, a decorated war hero who’s come home to try to make amends with his brother, Frank (Dennis Patrick, Dark Shadows). Their reunion is cut short, however, when Frank is killed during a robbery at the horse racetrack where Frank is a majority shareholder. Steve inherits his brother’s shares, but only if he can buyout the shares of the other shareholders, all of whom had various grudges against Frank. To make matters worse, since the robbery was clearly an inside job, Steve becomes the number one suspect thanks to his troubled past and his having the most to gain from Frank’s death. Steve partners up with his ex-lover, Rita (Tippi Hedren, The Birds, Marnie), to uncover the conspiracy, clear his name and recover the missing money before he can lose his stake in the track to the others. 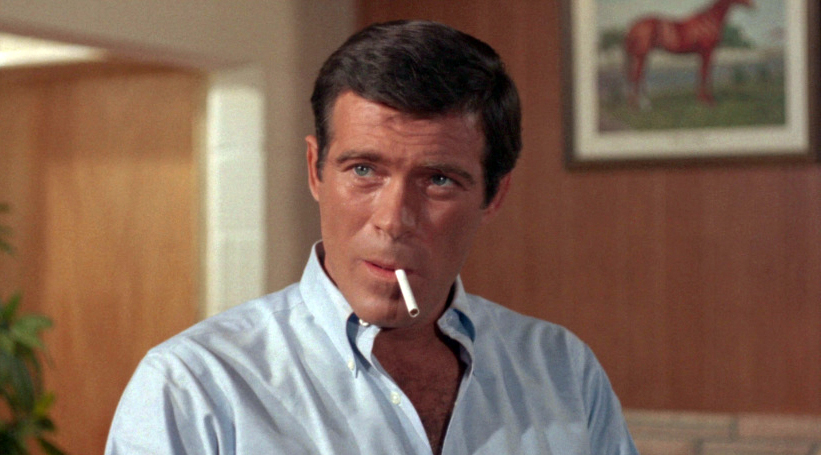 Tiger isn’t great cinema by any means, buts it’s a perfectly pulpy take on a western crossed with a detective story. It’s story moves fast, and the movie is populated with great character actors, many of whom push the right nostalgia buttons in my brain. Tiger is also a great example of a curious corner of the history of movies and TV.

Tiger was made by a company called United Commonwealth Entertainment, a twenty-dollar name for a company that produced nickle-and-dime pictures. UCE was founded in 1966 by a group of movie producers for the sole purpose of grinding out color movies on the quick and cheap for the sole purpose of selling them to the television networks for syndication. Between 1966 and 1968, UCE made 9 movies and all but one of them (Castle of Evil, 1966) were sold to CBS. Back in the day, the networks had an insatiable need for content, much like popular streaming services today. And like today’s streaming services, it didn’t take long for the networks to realize they could just produce their own original movies, and business models like UCE’s were no longer a viable concern. 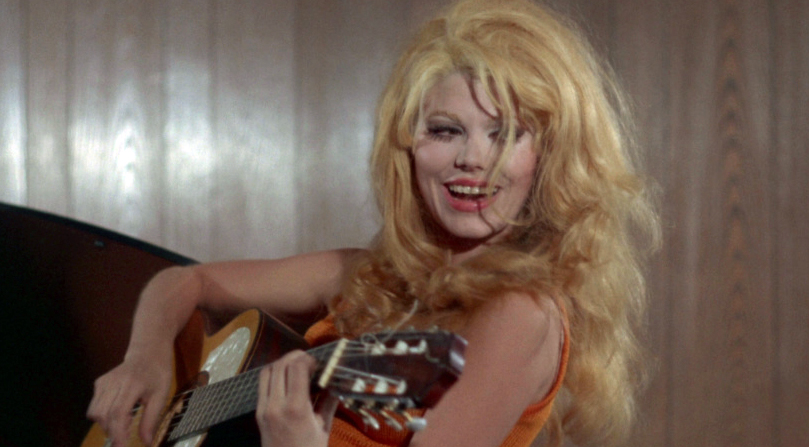 To make the distribution deal work, and for it to be profitable, UCE’s films had to be shot quick and on the cheap. And, boy, does that show in Tiger. The lighting is TV-flat, every camera setup is the simplest one possible, and there’s frequent continuity gaffes between shots. Witness where the main character ends up after he’s knocked out in the first scene. His unconscious body slides 2 feet to the left between one shot and the next. It’s just one example of a jarring cut, but Tiger’s rapid filming schedule didn’t have the time or money to correct it.

Aside from Hedren, Tiger’s cast and crew are all best known for their television work. The other stakeholders are played by Lloyd Bochner, Dean Jagger and Alan Hale, Jr. All of these guys were common faces in television throughout the 60’s and 70’s, with frequent guest appearances on shows like The Love Boat and Fantasy Island. John Dehner plays the sheriff, and while he has several high-profile films on his resume (such as The Right Stuff), he too came up out of TV frequently guesting on shows like Gunsmoke or The Virginian. Tiger by the Tail is also the American feature film debut of Charo, the amply-endowed Spanish entertainer who would become a constant presence on 70’s TV. 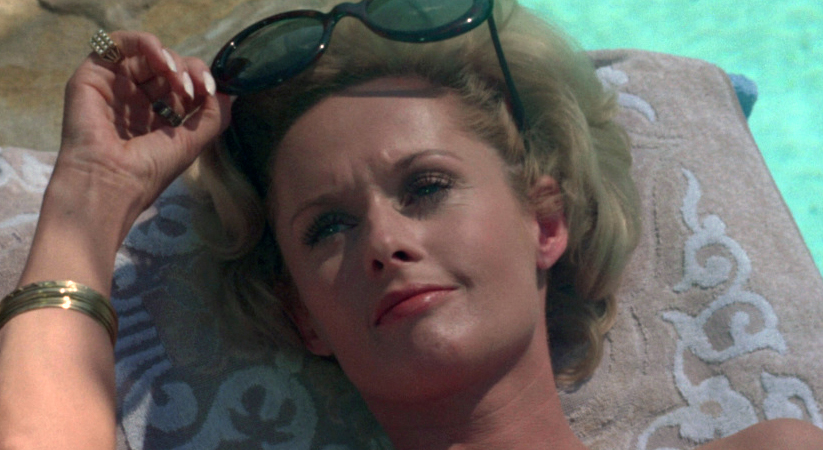 Kino Lorber’s Blu-Ray release of Tiger by the Tail is packaged with the usual assortment of trailers. It also comes with a feature-length audio commentary by film historian Howard Berger. Berger talks at length about UCE’s formation and business model. He also discusses the varied careers of everyone involved in the production. Like usual, this is an interesting and informative commentary that shines some light on a strange little corner of Hollywood history.