No Escape From the Ordinary 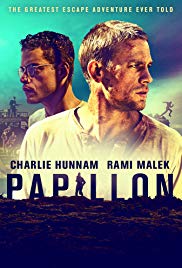 Papillion is a remake the movie of the same name from 1973, which in turn was based on the memoirs of the real-life Henri ‘Papillon’ Charriere. I don’t know how much one can spoil a remake of a 40-year movie, which was based on an internationally best-selling account of a true story, but I’ll do my best not to. I will tell you this much: for a movie that contains a fair share of fighting, chases, prison breaks and a place called ‘Devil’s Island,’ Papillon is a surprisingly boring and lifeless film.

Charlie Hunnam (King Arthur: Legend of the Sword) plays Charriere, a talented safecracker practicing his trade in Paris during the 1930’s. He pulls off a diamond heist for a gangster that bears an uncanny resemblance to Supreme Leader Snoke, and when he delivers the jewels, Charriere sees that Snoke has caught and is torturing a snitch. This doesn’t have anything to do with Charriere, so he dismisses it and spends the rest of the evening partying with his girlfriend. Their revels are interrupted the next morning, however, when the police show up and arrest Charriere for the murder of the aforementioned snitch. He’s been framed!

Papillon is a surprisingly boring and lifeless film

Charriere is sentenced to life in a penal colony in French Guiana. During the long sea voyage there, he makes the acquaintance of Louis Dega (Rami Malek, Mr. Robot), a rich, educated man who was caught forging official documents. Recognizing (correctly) that Dega is the sort that will get chewed up by life in a penal colony in a hurry, Charriere forms an alliance with Dega. Charriere will protect Dega, and in turn, Dega will bankroll Charriere’s escape attempts. 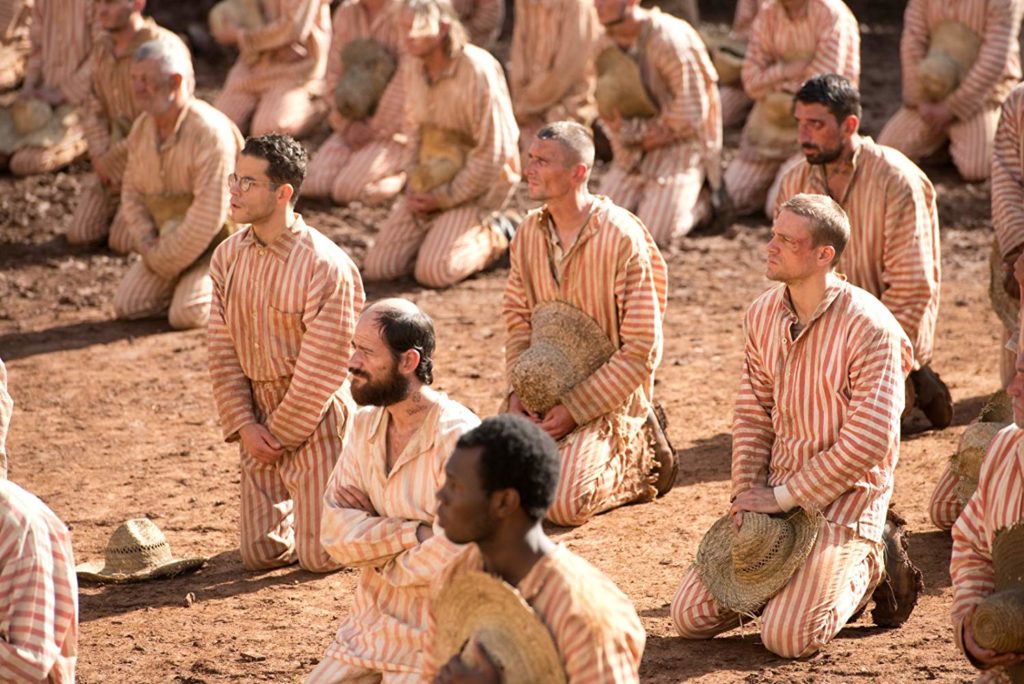 Hunnam is cast from the same mold that Tom Hardy and Channing Tatum came from, but he’s missing a vital something. He’s a good looking guy, and he’s ripped in a way that’s a bit anachronistic, but he’s not a compelling presence on screen. It doesn’t help that he’s playing a role previously brought to life by Steve McQueen- few actors living today could measure up to that- but Papillon is not a vehicle that plays to Hunnam’s strengths as an actor- whatever those might be.

Now to be fair, the screenplay by Aaron Guzikowski (2012’s Contraband) doesn’t do Hunnam any favors. The dialogue is just lifted from every other movie (a snitch is said to be “singing like a canary” and Charriere promises his best girl “just one more job” to give two examples). The warden delivers his “You’re welcome to try to escape speech” with the weary air of a man who’s recited it a hundred times, and we know how he feels, because we’ve heard it just as often.

Papillon is not a vehicle that plays to Hunnam’s strengths as an actor- whatever those might be.

Papillon wants so badly to be seen as a very serious and important film, but its just dull and plodding. It’s central theme is… life in a prison colony sucks, I guess. Maybe it’s trying to say something about the bonds of friendship and human attachment, or perhaps something about the persistence of hope in the face of insurmountable odds, but these ideas are really only half-baked and neither builds up to a satisfying conclusion. Late in the film, one character makes a fatal decision to try to aid another, and suffers terrible consequences for doing so. Now that’s a powerful turning point that can change and build character- but nothing changes. Each character ends up in the same spot they would’ve been had that decision not been made, so that stretch of film just feels like a lot of wheel spinning at the point when things should be hurtling along towards a climax. 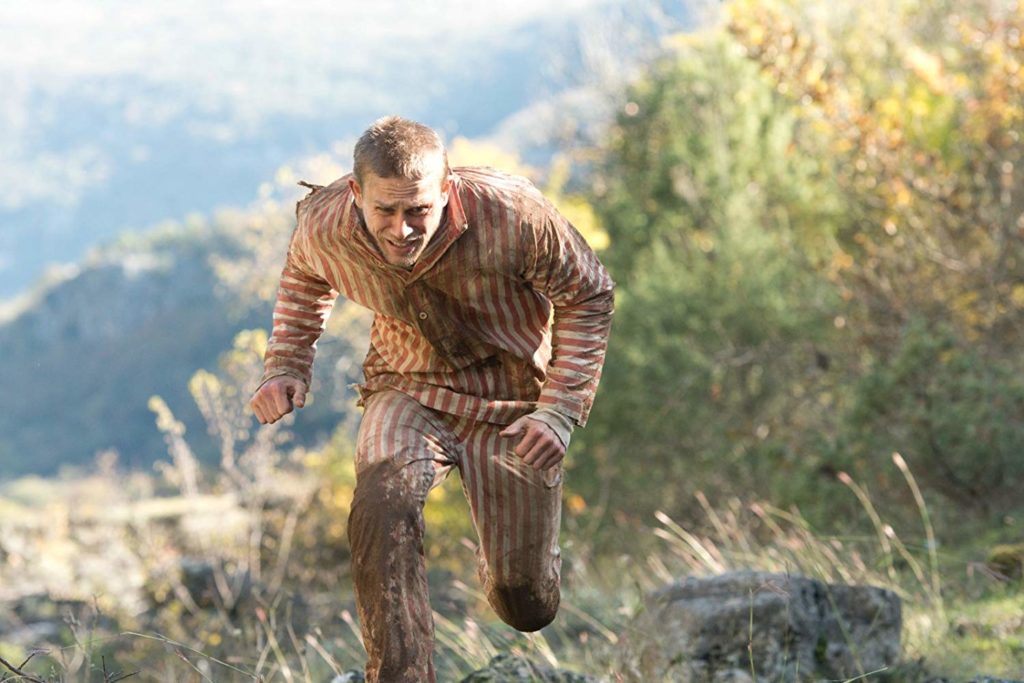 Maybe the filmmakers felt constrained by the real life story they were adapting, and being respectful to such an incredible tale is admirable. But real life is messy in ways that movies are not, and cannot be. Stories need to constantly move their characters forward. Stakes need to be introduced and raised throughout, and there cannot be a moment wasted in a 2-hour runtime. Papillon keeps looping back to the starting position. It’s like it’s trapped in it’s own prison, and doesn’t want to escape at all.