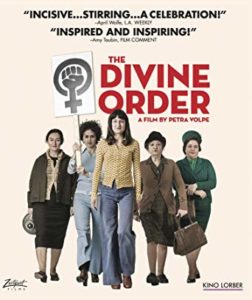 Sometimes the recentness of historical events can be shocking.  Can it really be that in 1970, when the women’s movement was at high tide across the U.S. and Western Europe, women in Switzerland still didn’t have the vote?  Answer:  Yes, it really can be.

Writer/director Petra Volpe’s The Divine Order highlights the Swiss referendum that gave women the vote through the story of one fictional woman, Nora, a shy, traditional housewife.  Nora, played beautifully by Marie Leuenberger, lives in a small Swiss village that doesn’t seem to have reached the 60s yet, much less the 70s.  Though she’s a young mother, Nora dresses in head scarves, sensible shoes, and wool skirts.  She lives with her husband, Hans (Maximilian Simonischek), her two little boys, and perhaps the world’s most unpleasant father-in-law.  Nora doesn’t think of herself as in need of liberation until events coincide to shake her placid world.  Firstly, her teenage niece is sent to a reformatory for having a sexual relationship with her boyfriend, a punishment that seems cruel and out of proportion to Nora.  Then Max shoots down Nora’s request to get a part-time job – his prerogative in a country in which women were required to have their husband’s permission to gain employment. 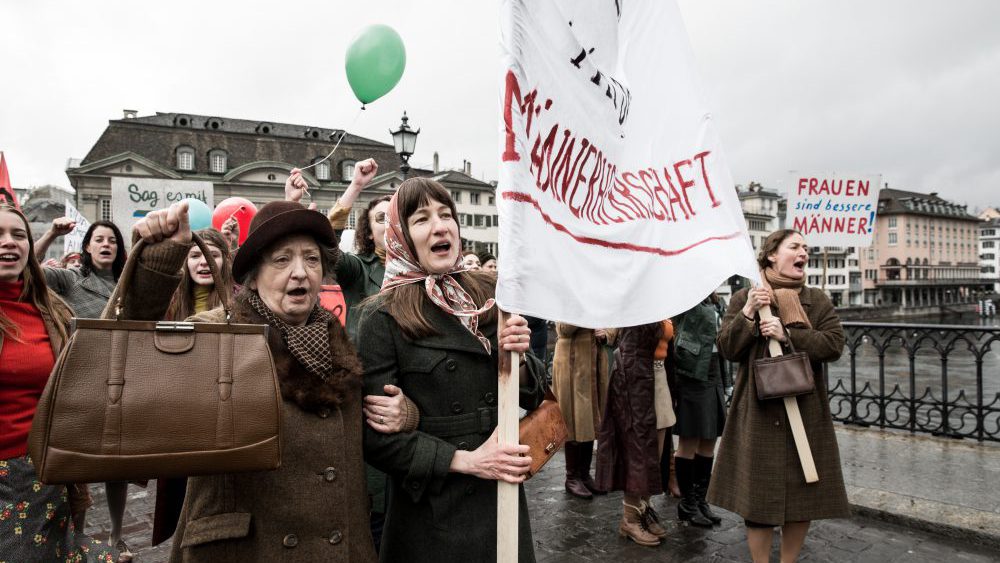 Nora’s acceptance of her place in “the divine order” is soon replaced by frustration, making her receptive to the campaign for women’s suffrage.  Along with an eccentric widow, Vroni (Sibylle Brunner), Nora leads a campaign to gain the vote in her village.  She’s met with a mixture of ridicule and hostility from almost everyone, including her family, and for a time it seems her marriage won’t survive.  Nora even leads the women of the village in going on strike, with all of them staying at the restaurant of a new woman in town, a glamorous Italian divorcee.  The strike resembles a giant slumber party until a tragic turn of events, a tonal misstep in a movie that otherwise operates with a light, comedic touch. 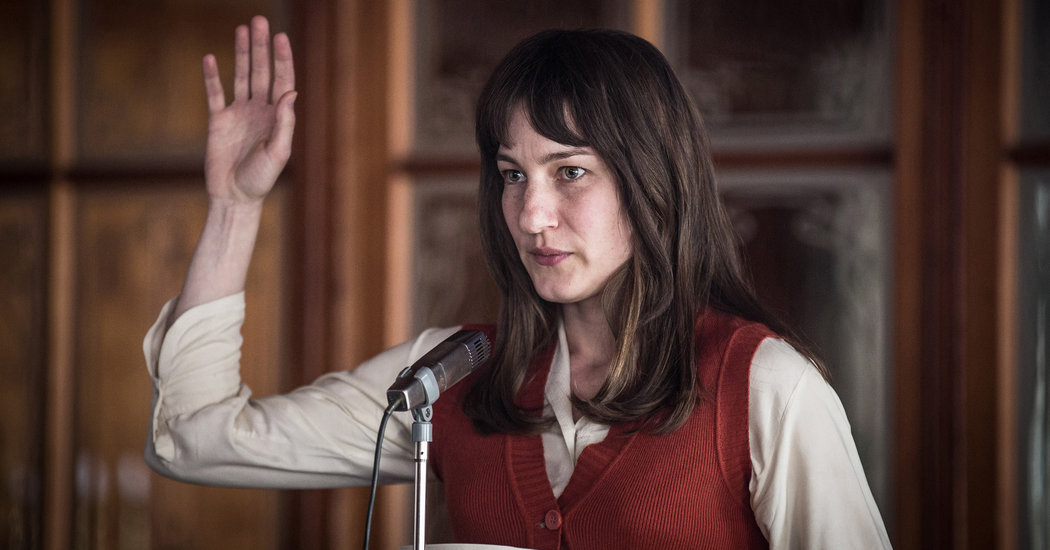 Along the journey to the referendum, Nora is transformed both inside and out.  Although The Divine Order is a bit predictable in it’s feel-good narrative arc, it does a fine job of showing how a liberated sense of self changes everything.  Nora dresses differently, she embraces her sexuality and leads her husband into deeper physical intimacy, she no longer tolerates bullying behavior from her father-in-law and addresses the double standards that trapped Vroni with an abusive, unfaithful husband for decades.  Even Nora’s face changes as she embraces her own power.  Early on Leuenberger evokes the soft, demure expression of a Renaissance Madonna.  By the film’s end there is strength in her carriage and a canny stubbornness in her eyes.  Nora is done being pushed around. 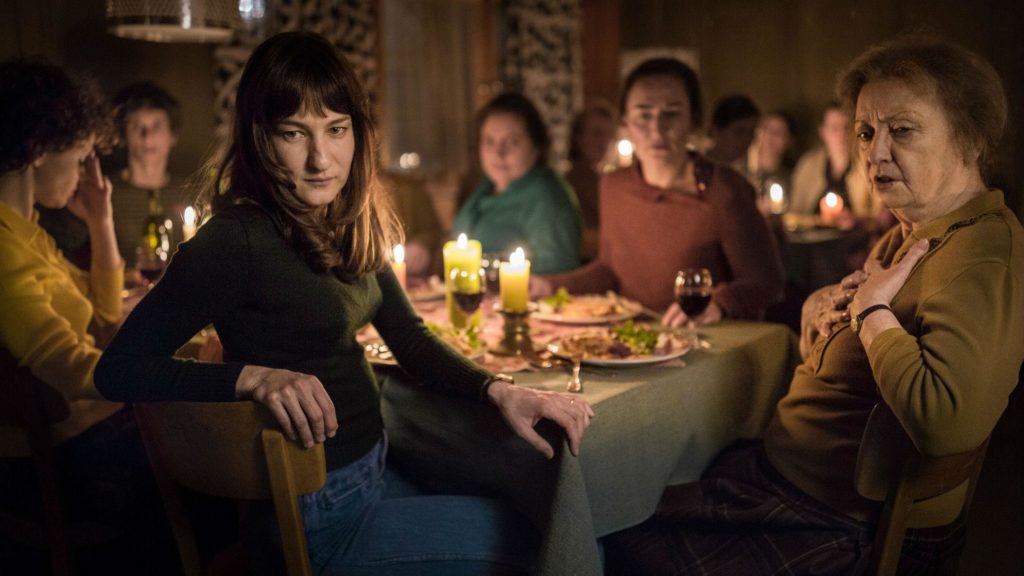 The transformation in this little Swiss canton is too swift and tidy to seem completely plausible, but The Divine Order avoids the dour, pedantic tone of some women’s rights films – most notably 2015’s Suffragette.  Strong performances from the entire case, but especially from Leuenberger, Simonischek, and Brunner, make the film a delight to watch.   And The Divine Order goes beyond simplistic characters, particularly as Volpe allows the men of the village to grapple in different ways with the women’s uprising.  Hans, in particular,  finds that his wife’s new-found freedom offers advantages to him, as well.

Kino Lorber’s blu-ray of The Divine Order includes behind the scenes footage, interviews with cast and crew members, and a the film’s trailer.