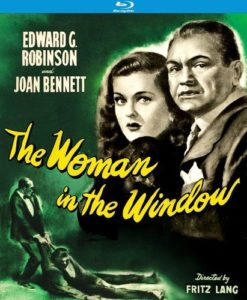 Edward G. Robinson is a sad sack.  Joan Bennett is a pretty picture.

A good hearted family man, Professor Richard Wanley honest to goodness isn’t looking for any action on the side while his wife and kids are out of town.  Nevertheless, he can’t resist going back to Bennett’s apartment to look at sketches.  He’s become hung up on what a boring man he’s become in his middle age… Nothing illicit… Just a few quick sketches, then home.  Honest to goodness…!

But then, they kill someone.  They had no choice, really…!  Only slightly sooner than Bennett’s character, the mysterious model Alice, changes into something a little more sheer and comfortable, does a raging stranger burst into the room.  This brick wall of a man slaps her away without a thought, and proceeds to begin to strangle Richard.  Acting in self defense, Richard manages to fatally stab the attacker.  But now, Richard and Alice have a very large dead body on their hands.  They’re not inclined to call the police, since then explanations would be needed of why both men were there.

To get into the most intriguing aspects of The Women in the Window would be to engage in spoilers for this worthwhile seventy-four year-old movie.  Suffice to say, the way the story subverts, ignores, and dances with certain now-ingrained Film Noir tropes, in a time when the Noir cycle was just a few years old, gives it its greatest staying power.  That, and the compelling whirlpool of trouble these two find themselves in. 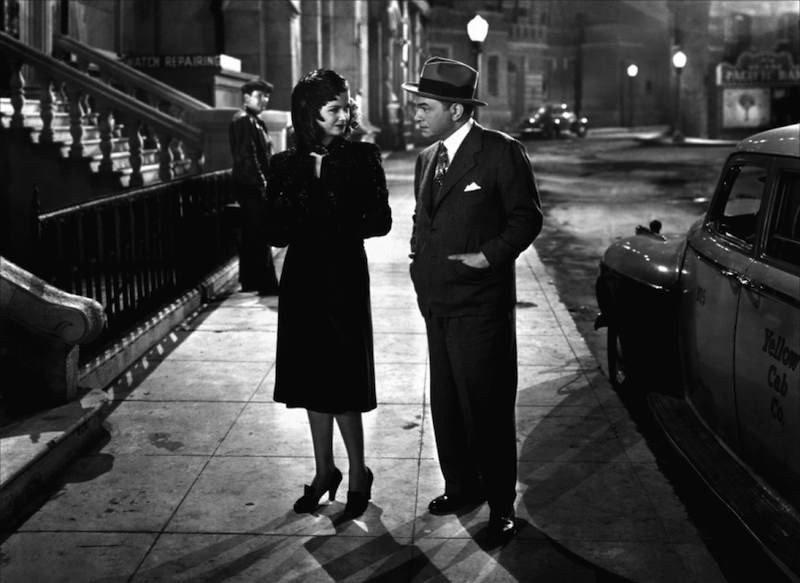 Fritz Lang as a Hollywood studio director is simply a different animal than the Lang of German silent films.  His thirsts for achieving the Bigger Than Big, for pushing the medium and challenging his astonished audience with social and political allegories writ large, is since quelled.  Or, at least tempered.  The Woman in the Window is worthy wartime distraction, though when considered as part of the body of work that yielded the super-production Metropolis, it registers as kind of humble.  The Woman in the Window is a story that could be playing out just inside of one of Metropolis’s thousands of skyscraper windows.

That observation aside, there’s very little wrong with The Woman in the Window, scale or otherwise.  Far from it, actually.  One of Lang’s ten or so Film Noirs made in his prolific multi-decade Hollywood run, this one is singled out by many as one of very best.  Lang himself thought highly of it, often citing it as his favorite of his own work.

An early Noir written by the great screenwriter Nunnally Johnson (John Ford’s The Grapes of Wrath), adapted from the novel “Once Off Guard” by J.H. Wallis, The Woman in the Window is a thoroughly absorbing and altogether engaging look at a man’s own undoing.  From one minute to the next, the good Professor Wanley moves to conceal the killing, lest he be made to explain to his wife why he was in a strange woman’s apartment in the middle of the night, and lest she have to explain who this guy is who just barged into her lavish love nest. 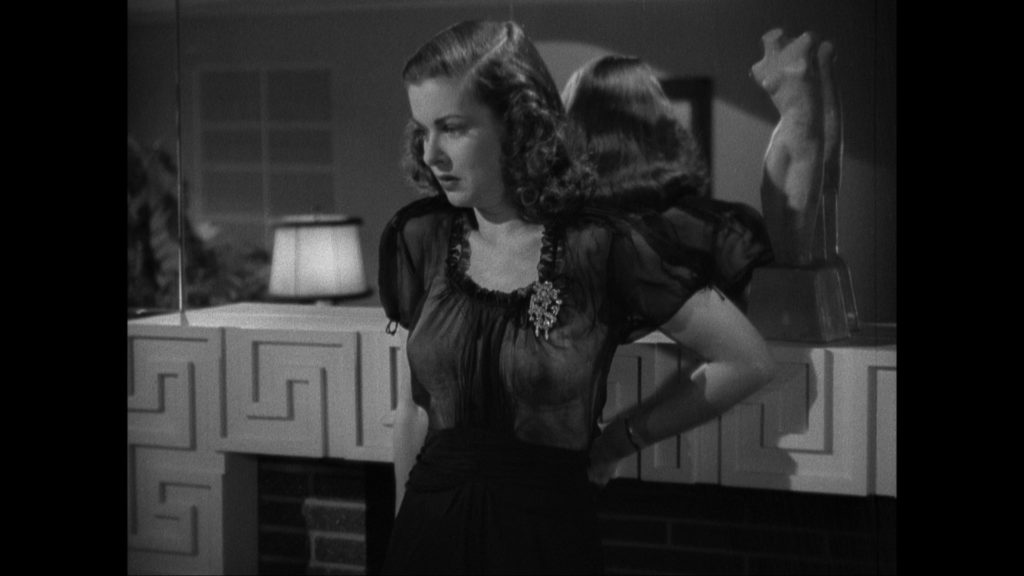 Scarlet Street, on which Lang, Robinson, and Bennett would reconvene for the following year, is a far more ruthless film.  The Woman in the Window, by comparison, uses kid gloves in the treatment of its characters.  The film has been heralded as a “Film Noir about Film Noir”, what with its stylish lighting and characters in traps of their own making.  Predating such Noir luminaries as Billy Wilder’s Double Indemnity, the notion that Woman is Johnson and Lang somehow taking stock of the niche might be giving a bit too much credit.  But the film is, nonetheless, surprisingly intuitive about itself- softened ending, and all.

Even if the transfer bears minor imperfections, Kino Lorber Studio Classics’ Blu-ray release of The Woman in the Window is an absolutely worthy acquisition for film buffs.  Film historian Imogen Sara Smith provides an audio commentary track that is fantastic from beginning to end.  A comprehensive yet easy listen, Smith leaves one not only with a deeper awareness the film itself, Fritz Lang, and in particular Joan Bennett, Edward G. Robinson, and playing a late-coming heavy, Dan Dureya, but a real appreciation of their talents.  Anyone who doesn’t come away with a mushy warm spot for the person Robinson was simply isn’t paying attention.

The painting of Alice in the storefront that proves so alluring to the Professor is indicative of Film Noir’s own seduction with audiences, even before the term was coined.  That Kino Lorber is doing their part to keep the tradition alive is a beautiful thing.