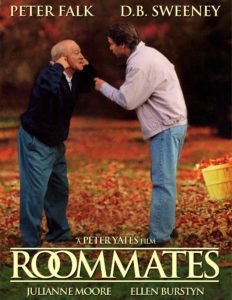 While comparisons to The Odd Couple seem to follow this 1995 film, Roommates is really something else entirely, and much more of a drama than the comedic leanings that were emphasized in its original trailer.  Directed by Peter Yates, who is known for Bullitt, Robbery, Eleni, and The Friends of Eddie Coyle, Roommates is a solid film in the resumes of its stars, namely Peter Falk, D.B. Sweeney, Julianne Moore, and Ellen Burstyn.

When young Michael is orphaned, following the death of his parents, the only family member who is willing to step-up and bring him in is his grandfather, Rocky (Falk).  Rocky is an unlikely choice to be Michael’s guardian.  He’s old, stubborn, opinionated, and set in his ways.  He isn’t what people would describe as “kid friendly”.

What other adults find as off-putting, is just the sort of stability that Michael needs, such as deciding on a course of action and declaring “Settled!”.  Adults wish Rocky would be open to options.  Michael wants the stability of a course of action he can trust in. Rocky doesn’t show love very well, but comes through when it counts, and is consistant. 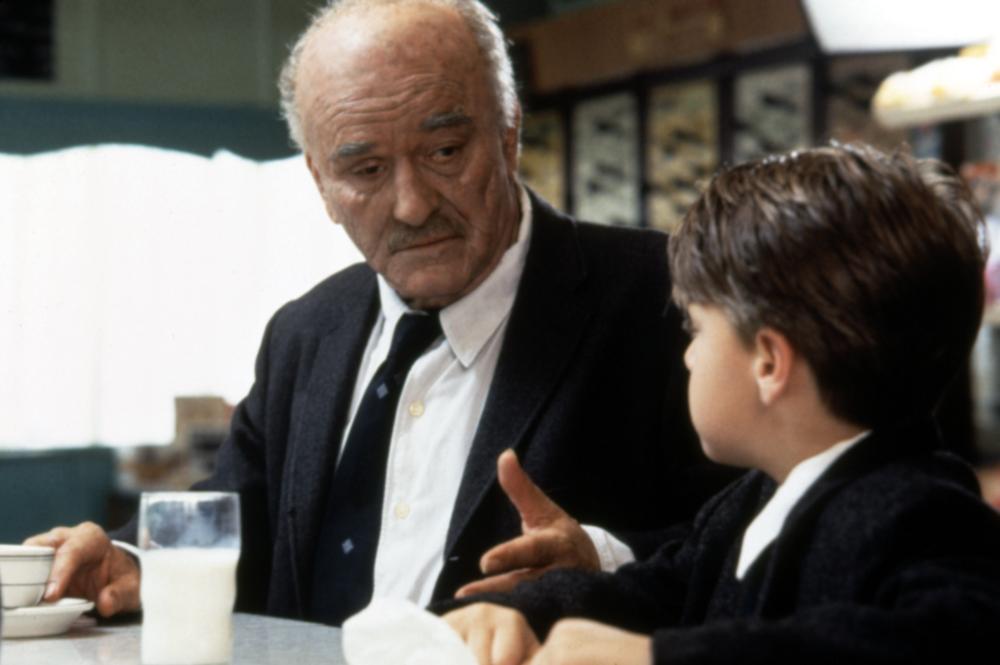 After growing up, Michael (Sweeney) is now a doctor in Pennsylvania, doing his residency, working late hours, and constantly changing where he lives, most recently living in the basement in a house, where several Chinese students are staying.  He is still driving his old, beat-up car, and hasn’t really checked in on Rocky in some time.  He finally gets word that he needs to get back home in Ohio quick.

Rushing back, he arrives to find Rocky refusing to leave his apartment of over 40 years, despite the building being condemned and set for tear-down.  After talking Rocky down from the intense police standoff Rocky has instigated, Michael coaxes Rocky to move in with him and be his roommate, providing the title of the film.

While the film seeks to contrast Rocky with the changing times for some laughs (such as Rocky being shocked to having to live with “Communists”), the film is actually a much deeper look at what it means to grow up, and yet still need someone, like a grandparent or grandson, to lean on through the various stages of life.  There are moments of genuine fun throughout its run time, but Roommates is grounded by the harsh realities of life, from beginning to end. 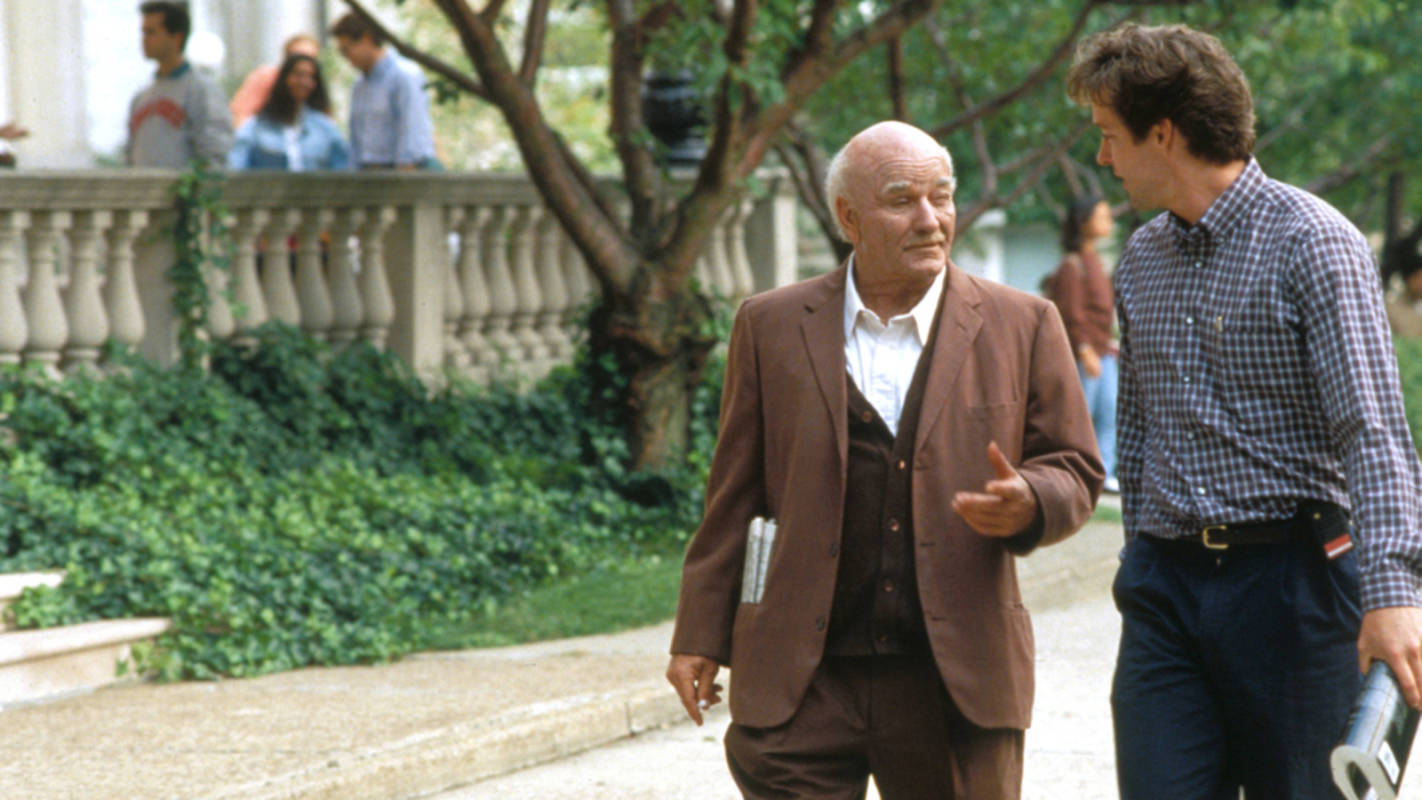 At the time Roommates came out, Sweeney was just coming off of his success from The Cutting Edge, and Falk had been a mainstay for years thanks to his role of Columbo, and appearances in crowd favorites like The Princess Bride.  Julianne Moore was still a new face to most, and Ellen Burstyn (The Exorcist) needed no introduction.  This made Roommates a film ready to be a breakout hit, but despite being a solid film, it has flown mostly under the radar the past 23 years. Now, with this release, you’ll have a chance to check it out.

Kino Lorber Studio Classics is releasing the film on Blu-Ray, and this version is presented in 1.85:1, and 1920 x 1080P.  The film is presented in its original color format, with a run time of 108 minutes, and it features the original theatrical trailer, and an audio commentary from star D.B. Sweeney. 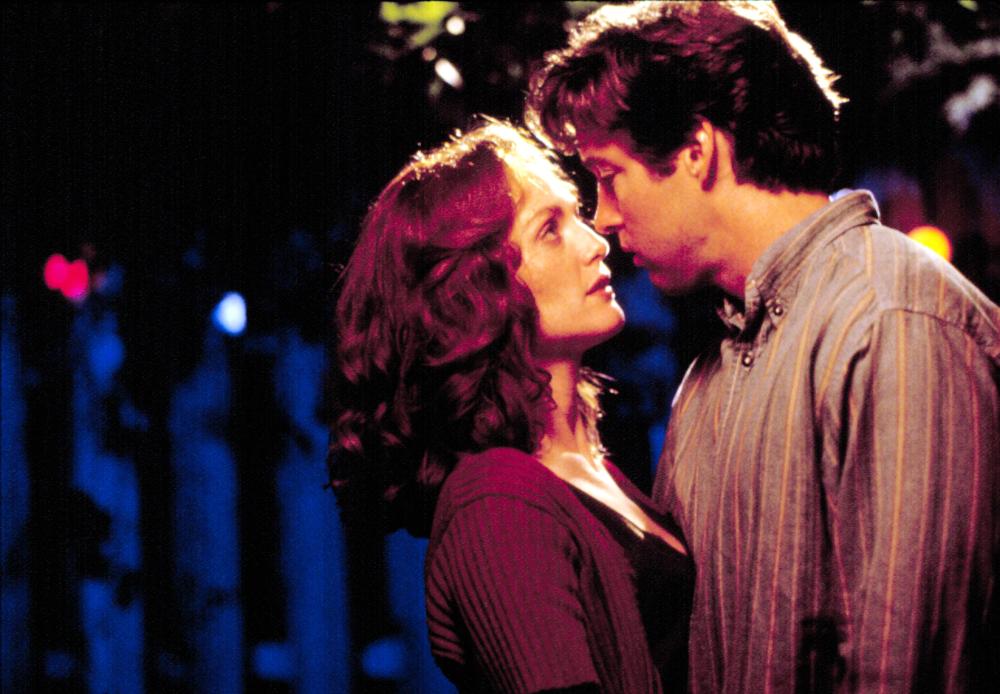 The audio commentary is pretty good as Sweeney is also a director and provides some insight right away about working with Disney to use some of the footage of the cemetery, at the beginning of Roommates, in his directorial debut Two Tickets to Paradise.  One of the best things in the commentary is a story Sweeney tells of meeting Falk at a mall in Denver where they were both there to promote different projects.  Sweeney tells a sweet story where he introduced himself to Falk and informed Falk that his mother was his biggest fan, asking him to come say hi to her.  Sweeney said that Falk asked Sweeney’s mother’s name and then went over to her table and sat down and spoke with her for over 45 minutes.  It is Sweeney’s ability to go from a technical point on the film to a personal anecdote like this, one that celebrates a great moment that speaks to who Peter Falk was as a person, that makes this commentary a good one.

This Blu-Ray is now available from Kino Lorber Studio Classics. 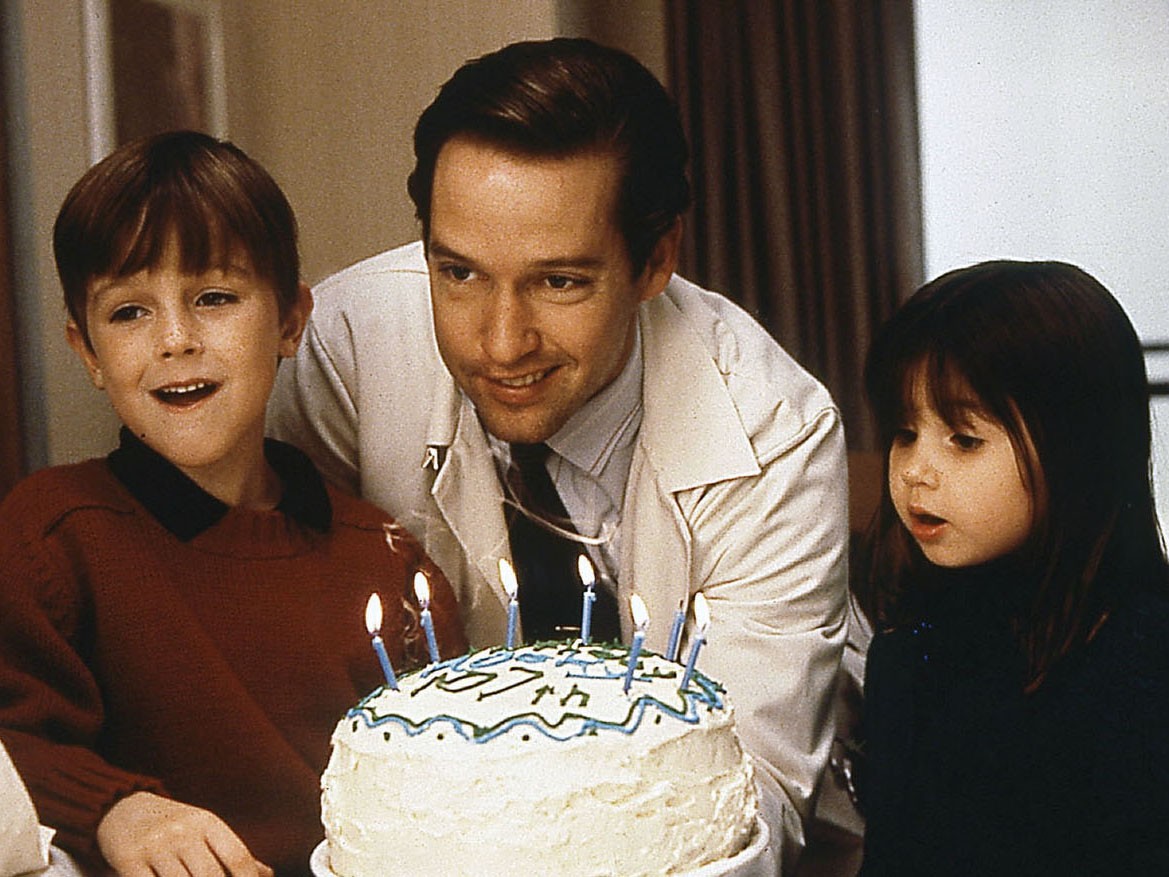