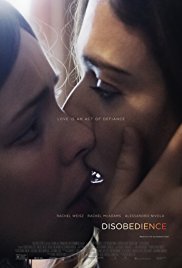 Fresh off of the critical acclaim and Academy Award for Best Foreign Language Film with his film A Fantastic Woman, director Sebastián Lelio returns with an equally controversial film called Disobedience.  Now directing an English language film, starring Rachel Weisz and Rachel McAdams, based on the book by Naomi Alderman, Lelio brings us another strong human story based on LGBT issues, this time being set in the heart of an Orthodox Jewish Community in London.  Like A Fantastic Woman, Disobedience features strong performances, a great cast, and centers around the issues of death, love, and acceptance.

Rav Krushka (Anton Lesser), the beloved, elderly Rabbi is leading a teaching in the synagogue where he describes the creation of angels, who serve God completely without the will to do otherwise.  It is their very nature.  He describes the creation of the beasts who do things according to their created instinct.  Humans, he challenges his congregation, are made between these two others.  We have the capacity to, through freewill, serve God fully, or to act like the beasts.  He then dies right there, with these three categories of the creation story being the last words he speaks to those who are learning at his feet, which is very significant in this faith.

We then are introduced to Ronit Krushka (Weisz), Rav’s daughter, who lives in New York as a photographer.  While doing a shoot, a call comes that informs her of her father’s death.  She, like the beast, instinctively finds a bar and a male stranger, and with no words the scene transitions to her letting him penetrate her in a bathroom stall while she stands there, lifelessly staring off into space. 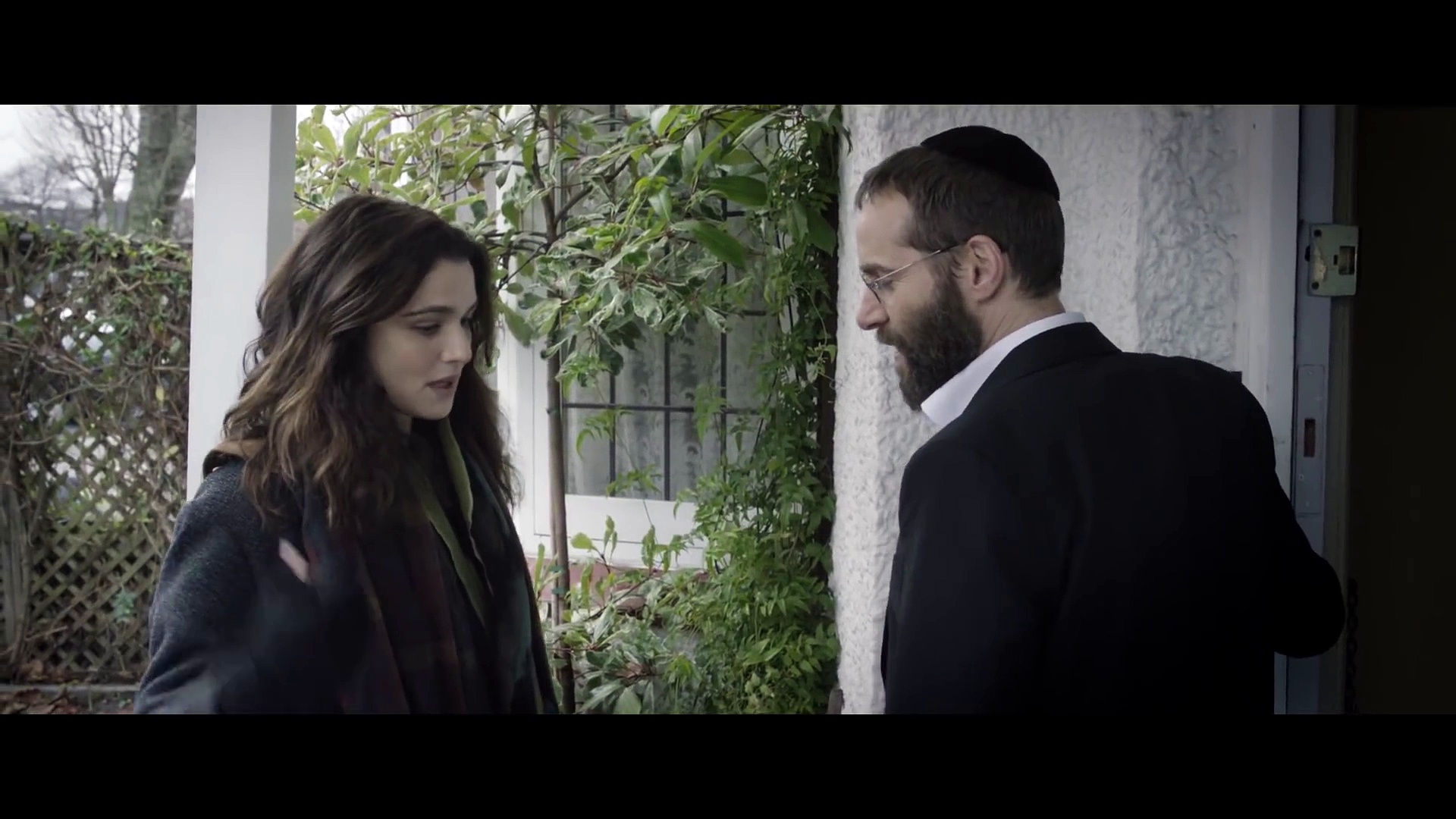 Soon she has arrived by plane to London and heads to the house of her childhood friend Dovid Kuperman (Alessandro Nivola), who was Rav’s most devoted disciple.  From the moment she arrives, we realize that she was not invited to this shiva (the week long mourning period in Judaism that is observed for first-degree relatives).  Family members are shocked to see her, do not rush to hug her, or even comfort her for her loss.  Condolences are not offered.

Retreating into the kitchen to speak with Dovid, she learns that he has married, which is usually arranged in this faith community.  As she jokingly opines who it might be based on her limited memory of childhood girls she knew, another friend enters the kitchen.  With a slight pause, and a little shock, she is reintroduced to who is now Esti Kuperman (Rachel McAdams), someone that Ronit was especially close to years ago.

She is awkwardly invited to stay at the Kuperman home, but we begin to see the scandal that this becomes among the orthodox community that both Dovid and Esti live in.  Other Rabbi’s are concerned for Dovid for having “that” woman under his roof.  Even Ronit’s uncle, her father’s brother, would like it better if Ronit would simply go home.  When she presses the issue with him, her uncle reveals that Rav has not left his home and possessions to his only child, instead willing it all to the synagogue.  Ronit is not even able to remove any contents from the home, other than a pair of candlesticks that are traditionally passed down for the purpose of the grown child using them with their new family for Sabbath gatherings.

As the story progresses, we see each scene skillfully remove layers from this complicated situation where it is obvious that people still feel the hurt and anger from.  Ronit, had not been in contact with her father since leaving the community decades before.  We slowly learn that her father had discovered his daughter having a same-sex attraction to Esti.  While Esti remained in the community, was subjected to therapy, and eventually agreed to an arranged marriage to Dovid, Ronit was shunned and left, aiming to be free.

From her lifestyle, we understand very well that Ronit does not practice the faith in the way that she was raised.  Her return, even all of these years later, does bring back her religious memory and we see that she still recalls particular traditions, Hebrew blessings and prayers, expected gender roles (such as sitting in the balcony of the synagogue with the women instead of on the floor with the men), and the like, even if she often voices her displeasure with some of the traditions when she feels picked on for her lifestyle choices. 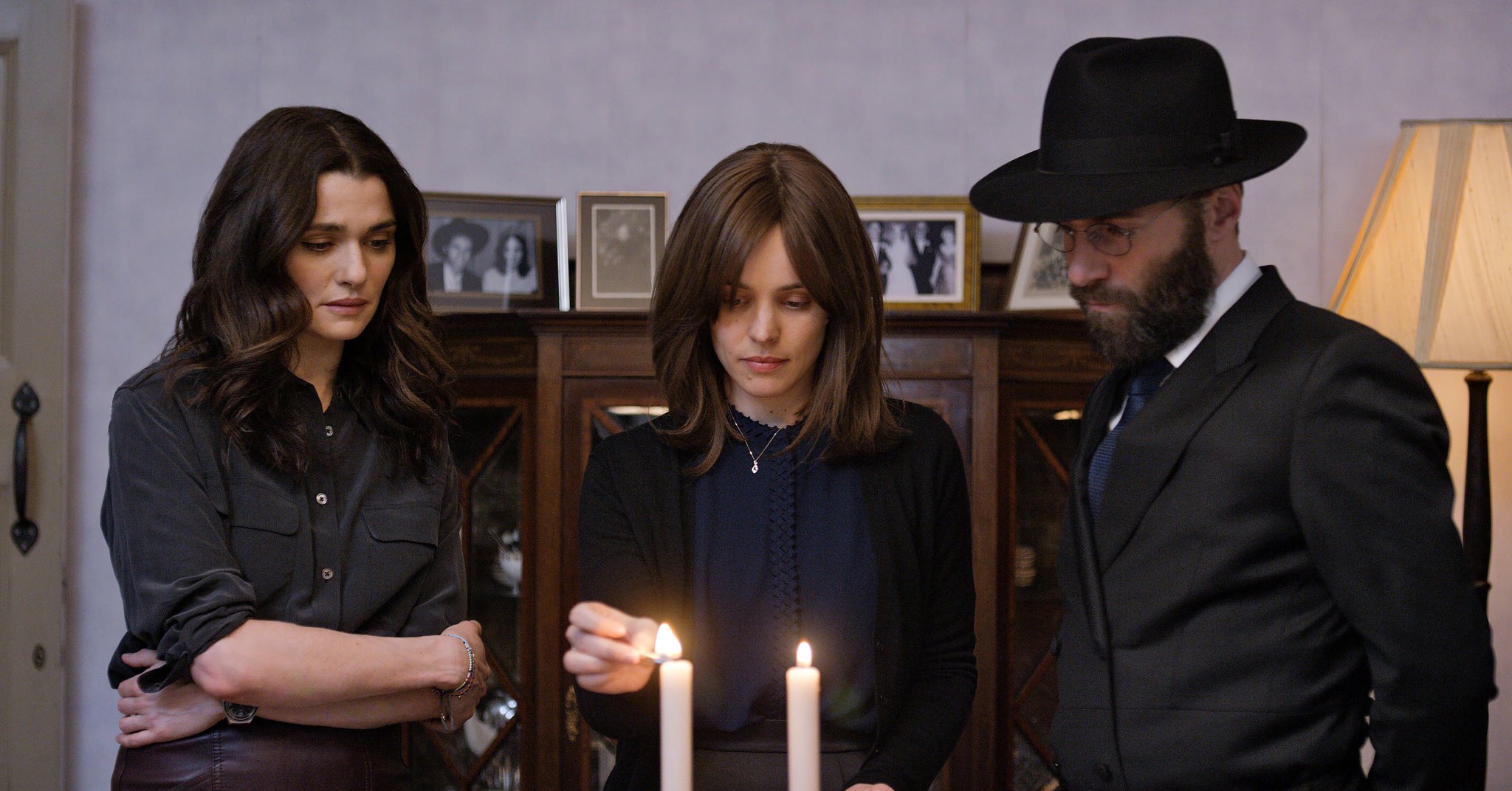 The central conflict, however, is not her trying to reconcile the two worlds of her current life and her former one as a means of healing herself of the hurt that alienated her from her father, and kept her from even knowing he had been sick.  It is rather the deep, love and attraction she still has for Esti.  We don’t get much of a sense of this at first, feeling more of the awkwardness of not having seen a friend for a long time.  Esti, who longs to reach out and be the one person in the community who finally acknowledges and comforts Ronit during this time of grieving, initiates physical contact and admits that her feelings for Ronit remain all of these years later.

The dam that Ronit has constructed to hold back any emotions or feelings she has for Esti also begin to crack.  Soon, their mutual love for each other threatens to unravel the lives around them, leading them to ask themselves if it is worth acting on.  Esti is married and loves Dovid.  She loves the girls she teaches at the local school.  Dovid, being Rav’s closest disciple is looking to take over as the lead Rabbi at the synagogue.  All of this, including the legacy of Rav Krushka himself, are at stake. 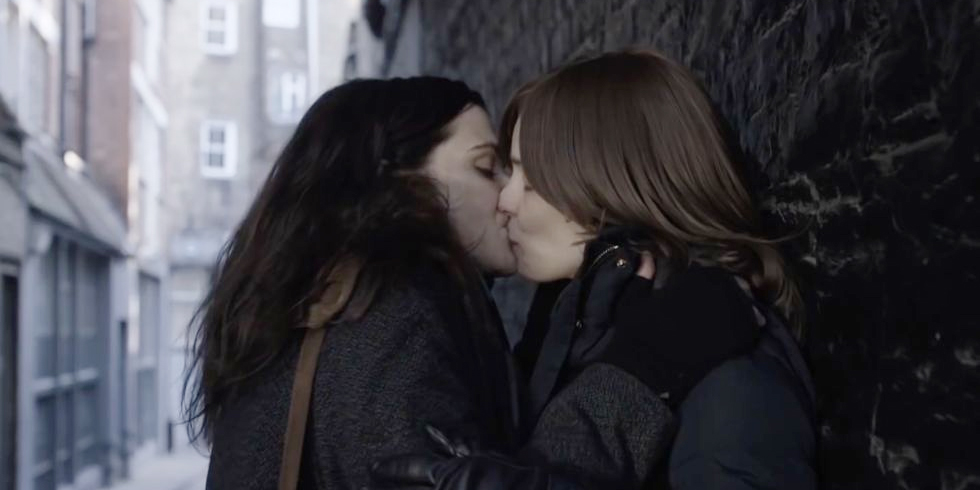 Largely, the film tries to both honor the orthodox faith of Judaism, but also challenge its beliefs, depicting them as in need of changes.  It is here where the notion of freedom, coupled with the three categories Rav presented at the start of the film come into play.  Are we following instinct like the beasts, the will of God fully, or vacillating somewhere in-between through the exercise of our free will and freedom when we love someone of the same sex?

These are big questions being asked, and no answer is really given other than how the story depicts how Esti, Ronit, and Dovid wrestle with it all, ultimately making choices that will change their futures.  The film should garner lots of interest on the strength of Rachel Weisz’s casting alone, and of course the much publicized love scenes between both Rachel Weisz and Rachel McAdams.  At the heart of it, however, is a story that will challenge and induce a conversation among people, no matter where they may side on the issue of same-sex attraction.  Controversy aside, Disobedience is another strong entry in Sebastián Lelio’s oeuvre. 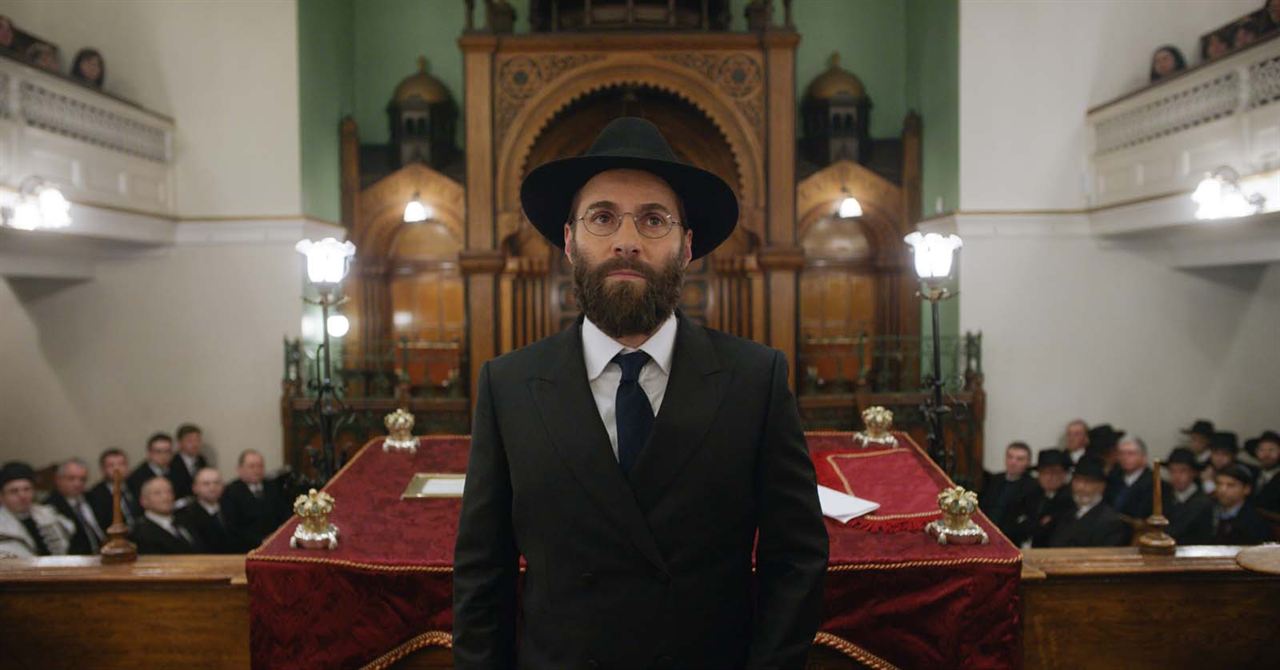