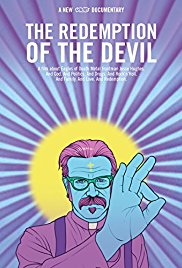 Eagles of Death Metal guitarist and front man Jesse Hughes is the embodiment of the excesses of rock n’ roll.  Fully tattooed, crass, and known for living his life to the extreme as it relates to women, booze, and drugs, Jesse is the poster child for decadence.  Founding the Eagles of Death Metal with his childhood friend, Josh Homme (Queens of the Stone Age), Jesse bears a few nicknames such as “Boots Electric” (his solo moniker), as well as the childhood name Josh gave Jesse, “the devil”, where this documentary, The Redemption of the Devil, borrows a portion of its title.

What makes Jesse a fascinating subject for a rock documentary is not so much his band, and their music, but the fact that in spite of all of his continued decadence, Jesse is a bit of a mystery in that he is a dedicated Christian minister.  For him, he sees his excess-based persona of “Boots Electric” as his day-job, where his spiritual self is who he truly is, and his beliefs are something he takes seriously. “Who better to preach to sinners than a sinner” he argues.  The question isn’t how one lives in the tension of being a sinner saved by grace and continuing to struggle as a human being who continues to struggle with their sin.  We’ve seen that story told in the life of people like Johnny Cash, Alice Cooper, or members of the band U2.  For Jesse Hughes, the epitome of this tension was lived out by Elvis Presley, who, Jesse notes, was the “king of rock n’ roll” while also recording a healthy number of gospel albums.

This documentary tends to run out of steam about halfway through, as it is obvious that the film is only meant to serve as a promotional vehicle for Hughes who at the time was recording a new Eagles of Death Metal record.

Say what you will on that, but the issue isn’t so much the struggle of Jesse to hold to his Christian convictions while continuing to thrive in rock n’ roll.  Most of this documentary, The Redemption of the Devil, shows us a man who says he believes in Christ, while seeking to flaunt his continued excesses in your face.  From revealing photo shoots that he poses in alongside his former porn-star girlfriend and current bass player for his solo-band, Tuesday Cross, to his continued drug use and profanity-laden tirades, skeptics are handed plenty of material to doubt his professed devotion to Jesus. 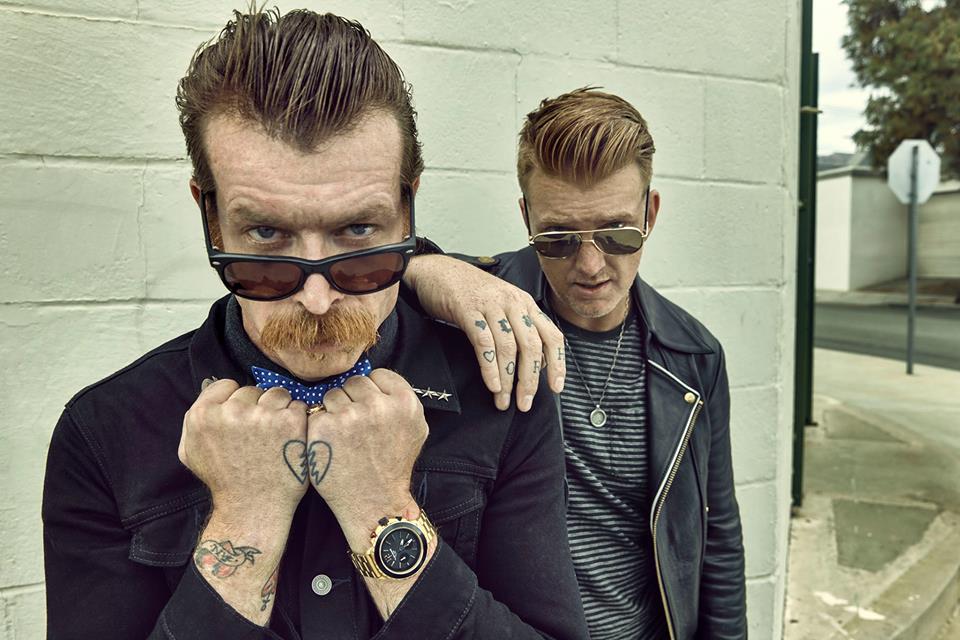 Hosting his own radio show, he even “out-Ted”‘s outspoken 2nd amendment champion and rock n’ roll legend, Ted Nugent, in terms of his outright brashness on issues where he leans hard-right, spouting his views on every political hot-potato he can.  He claims that he longs to run for President one day, teasing 2016 as a potential first run.  Recorded in 2013, we can look back now and know that this did not in fact happen, as he is now a proud supporter of Donald Trump, but he claims to have been serious about a run at the time.  In 2013, his views would have been a sharp contrast with those of then-President Obama, but today his political views wouldn’t make many waves in light of a Trump Presidency, as people are daily in a state of hysteria, both in support of and against, our current President.  This tends to date the documentary quite a bit.

This documentary tends to run out of steam about halfway through, as it is obvious that the film is only meant to serve as a promotional vehicle for Hughes who at the time was recording a new Eagles of Death Metal record.  It only serves to be a genuine look at the conflicted man whom the film teases the documentary is actually about when we see a broken man, stripped of his “Boots Electric” and “the devil” personas, standing before the camera lamenting his failure as a father and his legal struggle to see his son after not being able to see him for nearly two years.  He claims it is because of a court order that bought into his rock n’ roll lifestyle reputation more than it being the result of him being genuinely a danger to his son.  His ex-wife being married to a police officer who is ready to enforce the court order if he even attempts to bring him a gift, makes it all the more difficult for him.  Unfortunately, we are not given a glimpse of this Jesse Hughes until there is less than 15 minutes in the film.  As a director with only 1 short film under his belt, Alex Hoffman demonstrates his inexperience in not knowing where to focus the camera in Jesse’s life to bring out the most compelling mystery of his truly conflicting worlds of rock n’ roll, politics, faith, and the devil. 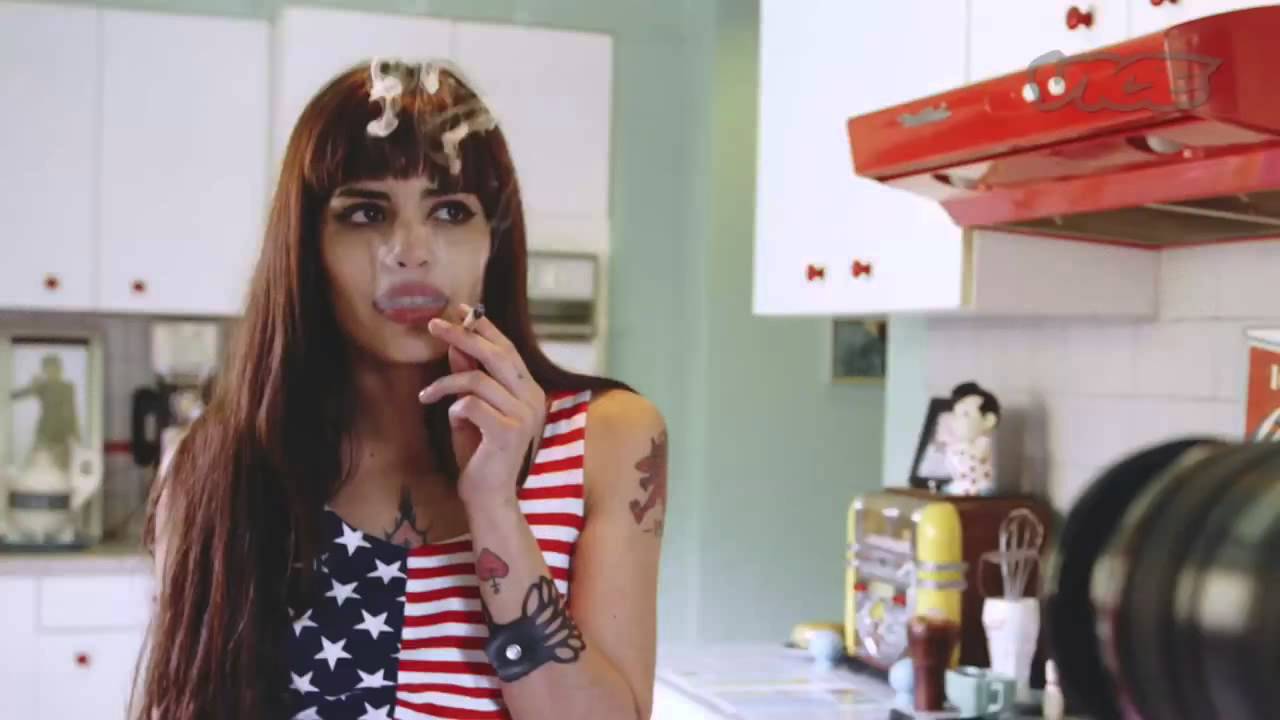 For those who only know of The Eagles of Death Metal following the tragedy of them being the band on stage when terrorists attacked the nightclub in Paris, France, this documentary was recorded prior to that event and serves only to deal with the conflicting aspects of its larger-than-life front-man.  Fans of Josh Homme should also be warned that he only makes a very small appearance in this film as well.  As I stated earlier, The Redemption of the Devil is not so much a documentary on the band or music, but on the man at the center of it all, Jesse Hughes.

The DVD is being released by Kino Lorber and only features a trailer for the film as an extra feature.  The film is in English and contains closed-captioning. 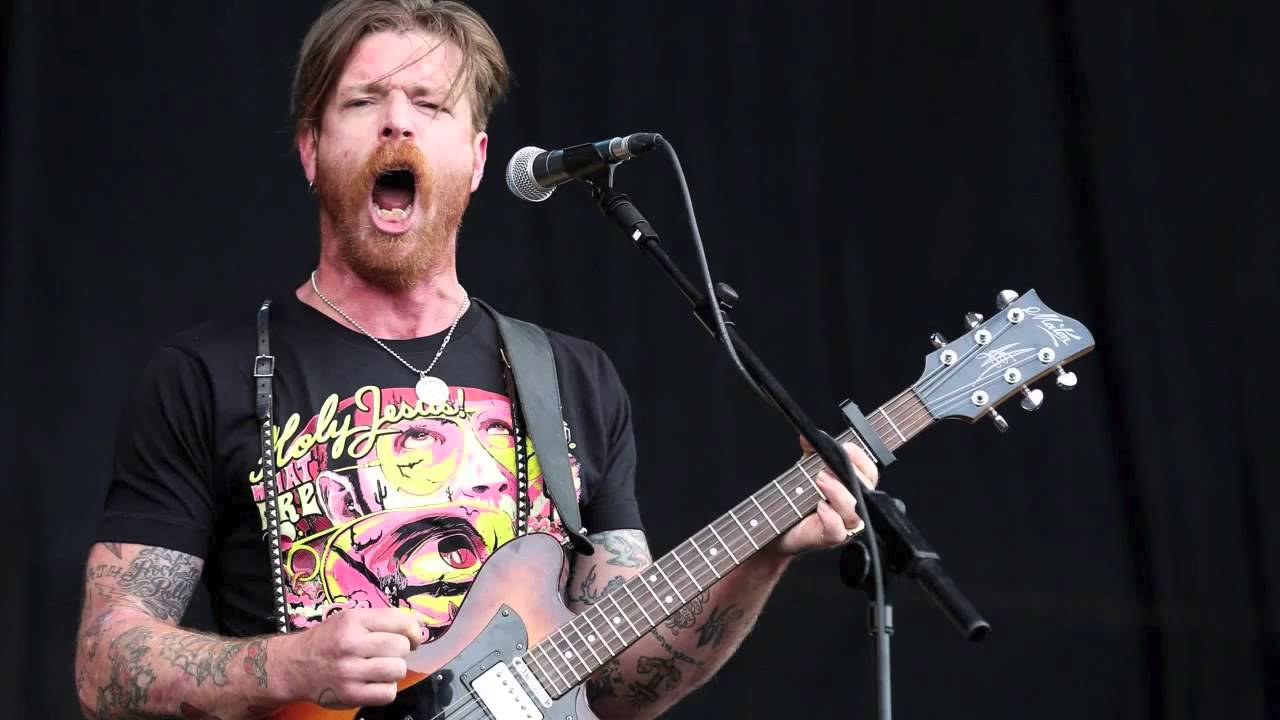