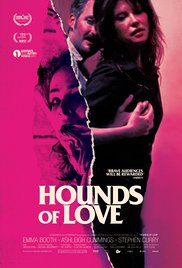 Director Ben Young has handled a few film shorts and Television shows, but Hounds of Love marks his feature film debut.  And what a debut it is!  Set in 1987, in Perth, Australia, Hounds of Love is the wonderfully horrifying and equally disturbing film about John (Stephen Curry) and Evelyn (Emma Booth) White, and the fact that they, as a couple, stalk and kidnap teenage girls before brutally torturing and killing them by the following Monday.

After seeing this film, you will never let your children out of your sight.

Vicki Maloney (Ashleigh Cummings) is their latest target.  With her parents in the midst of a divorce, and Vicki resentful of having to stay with her mom at her new house a couple of days a week, Vicki sneaks out at night to go to a party to see her boyfriend.  While she is walking to find a cab to go to this party, she is approached by John and Evelyn who very quickly ascertain what will attract Vicki enough to coax her into the car.  Each of their victims are seduced by the innocent nature that Evelyn uses to lull them into a sense of safety.  Surely nothing is out of the ordinary if its a man and wife offering you a ride, right?  John by himself would be cause for alarm, but typically one doesn’t worry if a woman is present.  This is the idea that Hounds of Love picks up on and exploits to its own benefits in creating a very tense thriller that works surprising well given its small budget. 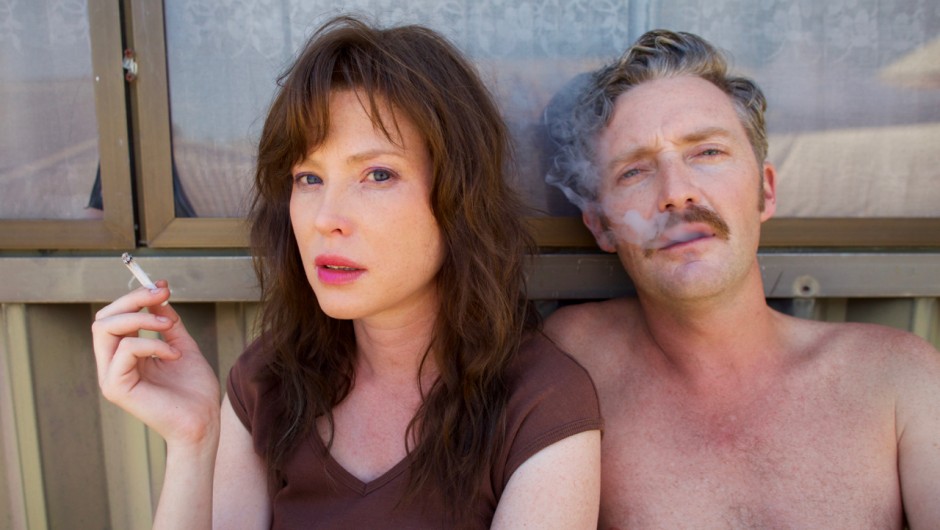 While doing press for the film, Ben Young, who also wrote the screenplay, retells how terrifying it was to read crime novels about female serial killers and then took that further to explore the level of co-dependency that would exist within the dynamic of a couple’s relationship where one is a sociopath manipulating the other to participate in these terrible acts against these girls.  He also found it troubling that females who are sometimes mothers, would be capable of this type of sick behavior against other females, many times because of their desire to be “loved” by the one manipulating them.  He has taken this fear and brought it to us all through the screen.

Watching this film, I immediately thought of the film Room (2015), where Brie Larson is raising a child inside the tiny room she is confined in as a kidnapping victim.  In that film, we see the psychological effects it has on the victim and how a victim copes, both in the situation they are suffering in, as well as the equally as difficult freedom they experience if they ever escape.  Hounds of Love plays more on the fear of how Vicki finds herself a victim, and the deadly psychological game that exists within the co-dependent relationship of John and Evelyn, as well as with both of those individuals and Vicki.

Foster allows your mind to create most of the implied horrors being perpetrated against Vicki.  Slow, lingering shots that build toward the atrocities are much worse than if they were fully shown.  A camera glance at a box full of rope, chains, and other torturous devices are enough for you to squirm and mentally prepare yourself for seeing the worst.  This creates a tension that permeates the film from the opening slow-motion pan shot of high school girls playing netball on a school basketball court from the point of view of a passing car, all the way to the closing moments of the film.  After seeing this film, you will never let your children out of your sight.

Emma Booth (Gods of Egypt), as Evelyn, delivers the most complex performance of the film as both a perpetrator of violence, and a victim of it.  The film slowly peels back the layers of her character one by one revealing, through context clues, how she became the person she is, and why she continues to stay in that life despite having lots of resentment and fear towards John and his enjoyment of what they do to these girls together. 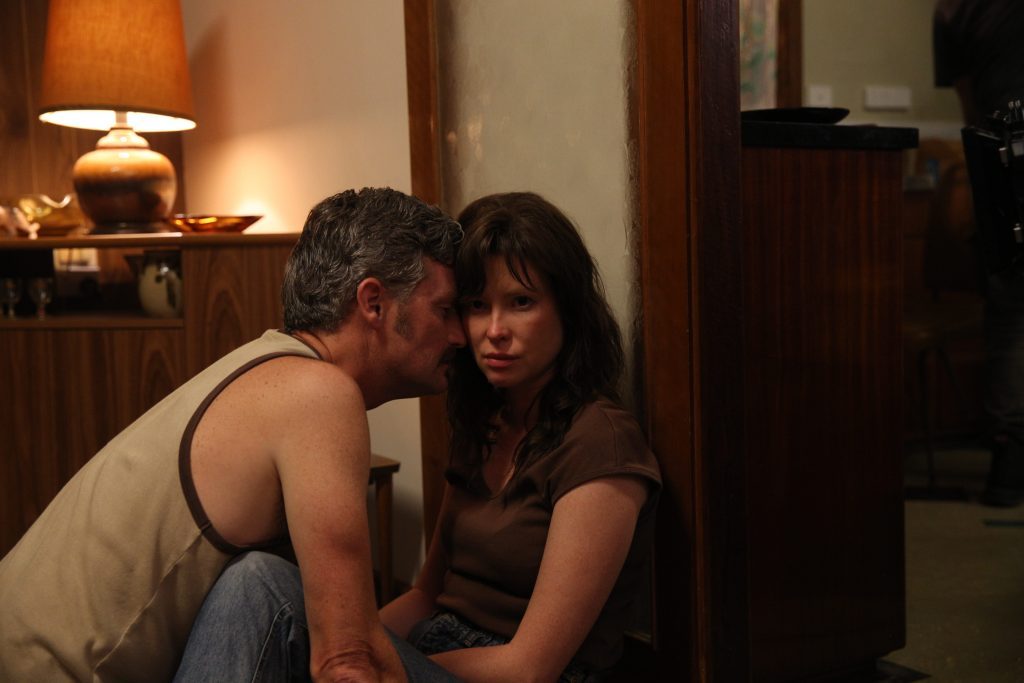 Stephen Curry plays creepy pervert to the “T”, down to his 1980’s “porn-stash”.  Ashleigh Cummings handles the difficult duties of not being a scream queen victim, but a vulnerable high schooler enduring the most unimaginable horror while staying strong enough to try to fight back at her captors with every tool she has, whether that be mental, emotional, or physical.  We also get to see the effects that someone’s disappearance would have on those closest to the victim as Vicki’s parents, despite their marriage troubles, come together to find their little girl, even if their search might be in vain.

Select theaters, like the Alamo Drafthouse, along with some Video on Demand services are debuting this film this weekend.  For those of you who live in the Houston area, like me, you can get the opportunity to watch this intense thriller at the Alamo Drafthouse in Katy.  This will be a great film for a venue like that which knows how to cater the pre-show programming, ambiance, and even the menu (for those who think they would feel like eating in a film like this) towards the perfect retro vibe that comes off of Hounds of Love.  Other than the jarringly disjointed-to-the-rest-of-the-film closing track from Joy Division that plays over the final scene, the whole film will have you in suspense from the first frame to the end.  This is a solid debut from a filmmaker to watch. 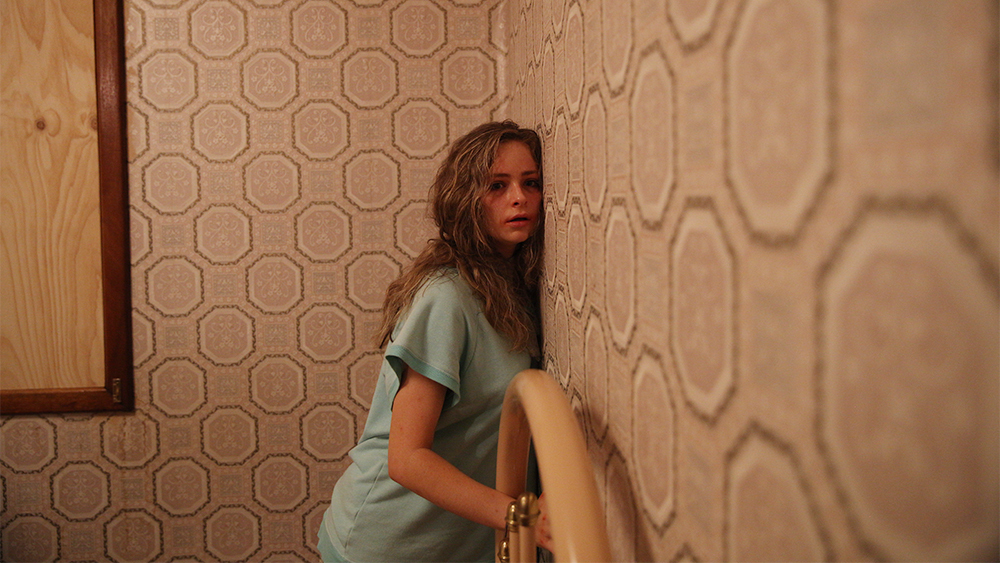