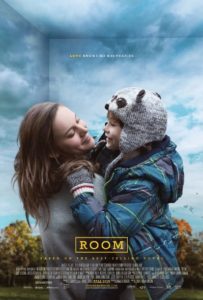 Telling stories is hard, you guys.

If your story is about a mother and child held captive in one room for seven years, how do tell that story in one confined space? And when it’s time for them to escape, how do you make it believable that they could make it out, and suspenseful enough that they might not?

The art to telling any story is to make it look effortless, like it simply happened that way, and carry your audience along on a consistent thread of emotion that they feel unconsciously. But the process itself requires lots of conscious choices and decisive direction.

Director Lenny Abramson makes the titular Room of the movie Room surprisingly cinematic, finding telling details in the art direction of the space as well as angles that put us in the viewpoint of the five-year old character Jack.

Screenwriter Emma Donoghue, adapting her own novel, artfully breaks the “no voice-over” rule with short poetic interludes from Jack that reveal his inner world as he interacts with the outside world.

And the boldest choice of all is to pull off the escape of Jack and his mother Joy—or “Ma” as she’s simply referred to by her son—less than halfway through the story. The escape itself is tense and thrilling enough to be the climax of any good heist caper, but once it’s accomplished there’s still more story to tell. Abramson and Donoghue don’t let us off the hook with a cathartic happily-ever-after, instead sticking with Joy and Jack to see how they adjust to life on the outside. 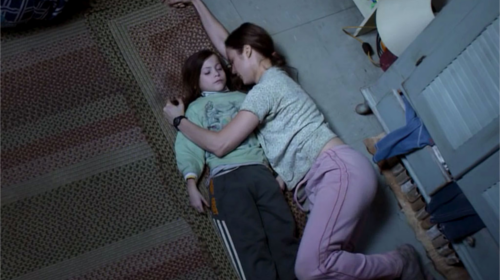 Ma herself has been telling Jack a story, too. She tells him that Room is all there is of the world, and they are the only two people in it. Jack believes her, and the story keeps them both sane. Since the movie is told largely from his perspective, we experience his sense of wonder at the tiny world he inhabits. Everything in Room has a proper name, and Jack says goodnight to Bathtub, Rug, Chair, Lamp, and Table every night before bed.

Amidst the everyday detail and routine, there’s somehow also a dreamy quality to the way the scenes in Room are shot, turning what should be an ugly and confined space into an entire universe, without any surrealistic special effects or cutaways.

Many of the more brutal aspects of Ma and Jack’s captivity are only implied—tossed off in exposition or seen through the slats of a wardrobe door. Jack doesn’t always fully comprehend what’s going on, which in its own way makes things more horrifying.

Once Ma realizes they have a chance to get out, she has to tell Jack a new story. He resists, and isn’t even sure the outside world is real once he sees it. Outside of Room, the camera often works in hand-held shots—not in the frenetic, fight-scene style of an action movie, but in a slightly woozy manner that suggests Jack doesn’t have his sea legs. The exposure is ever so slightly blown out, as if too much visual input is assaulting Jack’s brain after a lifetime inside one dim, grimy Room.

Young actor Jacob Trembley is quite a find, bringing a thoughtful innocence to Jack. According to Abramson and Donoghue, many of his scenes were shot in long, running takes, out of order, so that whenever he felt in the right mood for a particular moment they could capture it. Brie Larson as Ma steps up as an early Best Actress contender for bringing warmth and intelligence to her broken-hearted but steel-willed Ma. 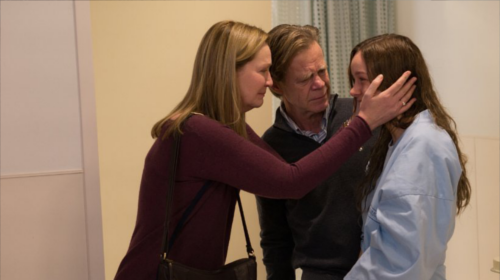 I should also mention the performance of Sean Bridgers as Ma and Jack’s captor, Old Nick, who grounds the early scenes with an imposing yet world-weary menace. Joan Allen, William H. Macy, and Tom McCamus show up in the second half of the story as Joy’s family, and they all walk a careful line of emotion. They’re overjoyed that their dreams of reunion have come true, but cautious about reaching out to a child who may be too damaged and angry to be their sweet little girl again.

At the Q&A after the screening of Room I attended, host Jeff Goldsmith asked the audience who had seen any of director Lenny Abramson’s previous films, or read any of screenwriter Emma Donoghue’s novels. I was one of the few sad sacks in the audience who didn’t raise my hand for either. After viewing Room, I think I have some catching up to do.

(I’ll update this review with a link to the recording of the Q&A session—part of Jeff Goldsmith’s long-running screenwriting podcast The Q&A—once it’s posted. Suffice to say they’re both delightful to listen to.) 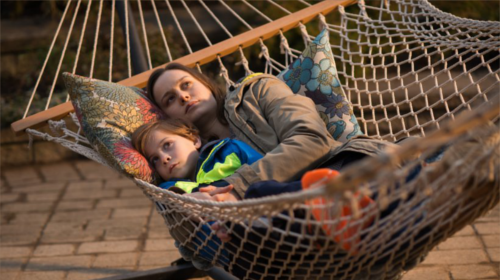 Much like Red in The Shawshank Redemption, who claimed that if he ever got out of prison and saw the ocean, he might have a heart attack at the sight of something that big, Jack is nearly overwhelmed with everything that meets him in the outside world. Ma, too, has only been able to imagine the world she came from many years ago, and almost doesn’t know what to do with her freedom once she gets it. The story rings true not only for those who have literally survived abuse like its main characters, but also for anyone who’s stepped out into a new and unexplored space, and left their Room behind.