A Dazzling Display Of Doomed Romance 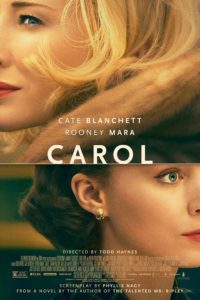 Todd Haynes’ newest film is remarkable by the way it is both a lush period piece along with being a powerful commentary on today. Carol is shot with a mournful beauty that lays its cards on the table and acts as a spoiler. It has a sheen over the film that is both ominous (signifying disaster) and nostalgic (hinting at a love-affair that is so long ago it must have been brief).

The opening scene is of Carol (Cate Blanchett) and Therese (Rooney Mara) sitting at a table of a restaurant. We follow a male character as he interrupts the dinner. He is no one important, just a way to perceive of this otherwise casual meeting between the two. Though as we later learn, from the film starting at the narrative beginning and working its way back to this scene, this meeting is anything but casual.

The film, based on a Patricia Highsmith novel, which she wrote semi-biographically under another name,  tells the story of a lesbian romance that is a terrible idea from the beginning (due to the times), though the more we know it’s forbidden, the more we long for it.

They, like every other relationship, gay or straight, play a role the other is looking for. Therese is quiet, submissive, and lost in life. She admits she doesn’t even know what to order at a restaurant. She looks to men, including, but not exclusively, her boyfriend she expects to marry. However she sees something different in Carol. A different path in life. Carol, on the other hand, is surer, due from being older, and dominant. Therese soon realizes it may not be a man who will make her a woman, but yet a fellow woman. 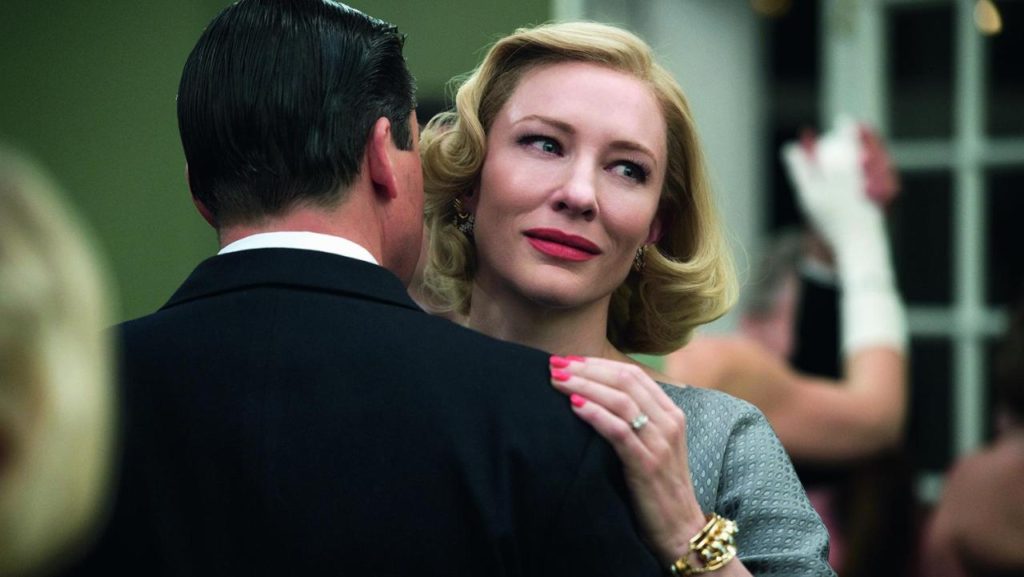 Which brings up some interesting questions. Is it sexist to assume another person is needed to make you a woman? In a Utopic and idealistic world, I’d say no. But in a realistic view of humanity, I’d say we are all not as strong as we think and much more dependent on each other than we want to admit. 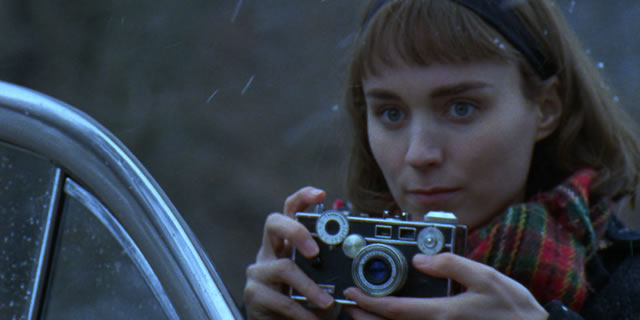 But these questions are all a strength to Haynes as a filmmaker. He doesn’t make propaganda, but rather the propaganda is just as hidden in the narrative as other filmmakers’ work. As the love affair grows, society fights back. Because that’s what society was like back then. And if you look at comment sections online today, not as much has changed as we may want to admit. Therese and Carol are far from perfect too. Both manipulative in their own way. They both hurt others emotionally (kids included) in ways that may cause you to turn from them. But these flaws make the experience of Carol all the more.

This is being compared to Far From Heaven, another Haynes’ film, and with good reason as it felt like it was territory he had left some things unsaid. It’s not a perfect film. Blanchett wasn’t quite on mark as I expected. She has a tendency to turn things to 110% when 100% would do. But Mara is magnificent and both she and the film should be recognized come Oscar season.